This past weekend I was in Sitges near Barcelona with a number of the TNR girls for Leah’s Hen do. Laura and I both had long marathon training runs on our schedule that we were keen to get out of the way before the festivities began, so planned to tackle 18 miles on Friday morning. The 18 miles quickly became 15 miles once we realised how hilly and hot it was likely to be! 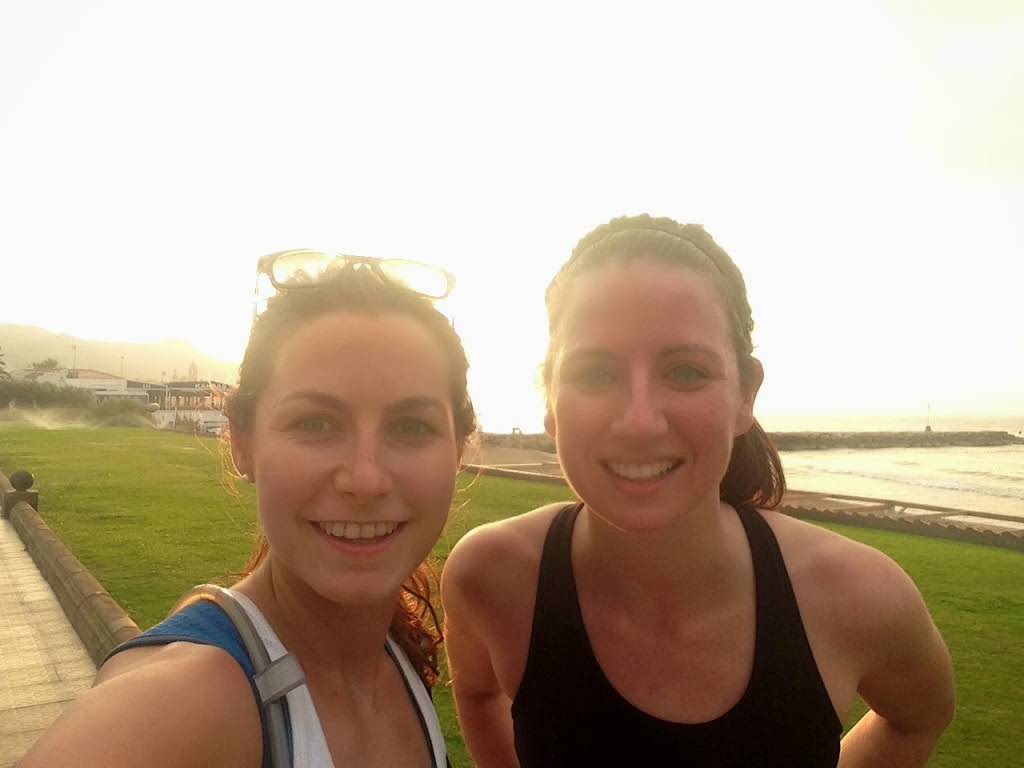 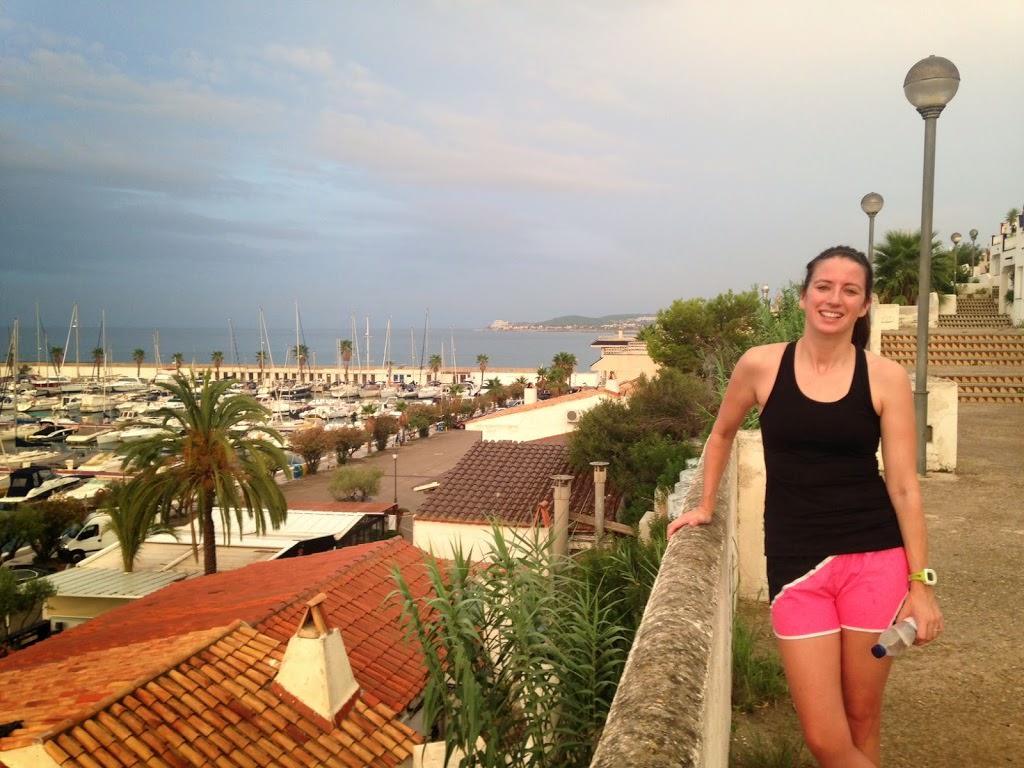 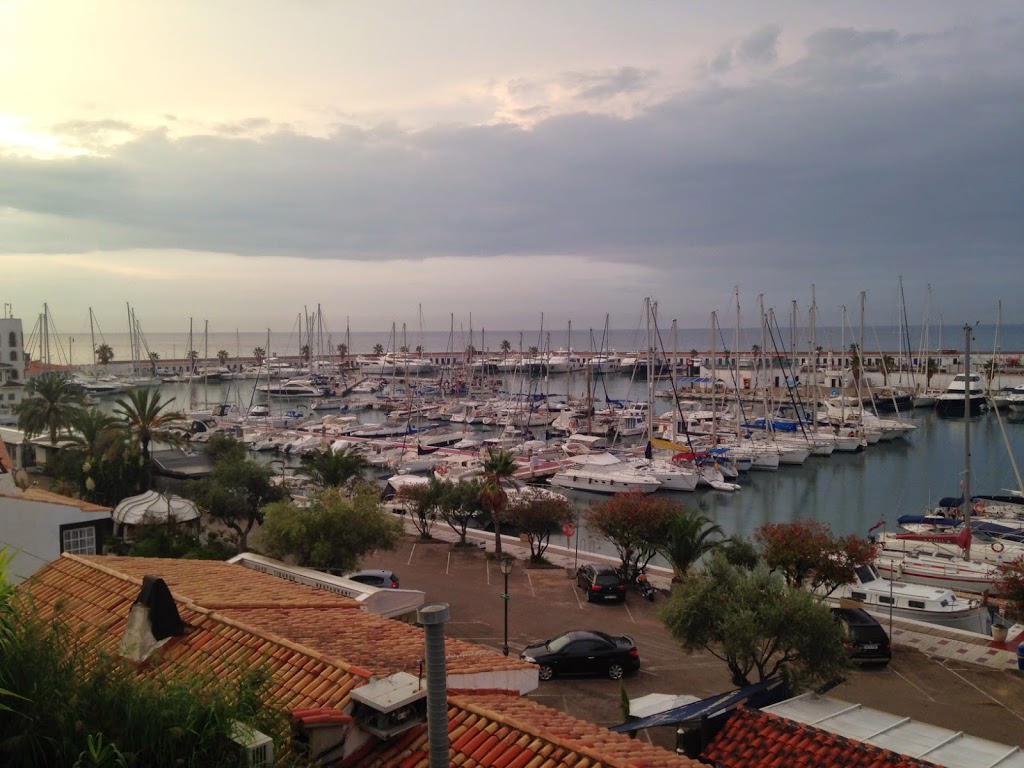 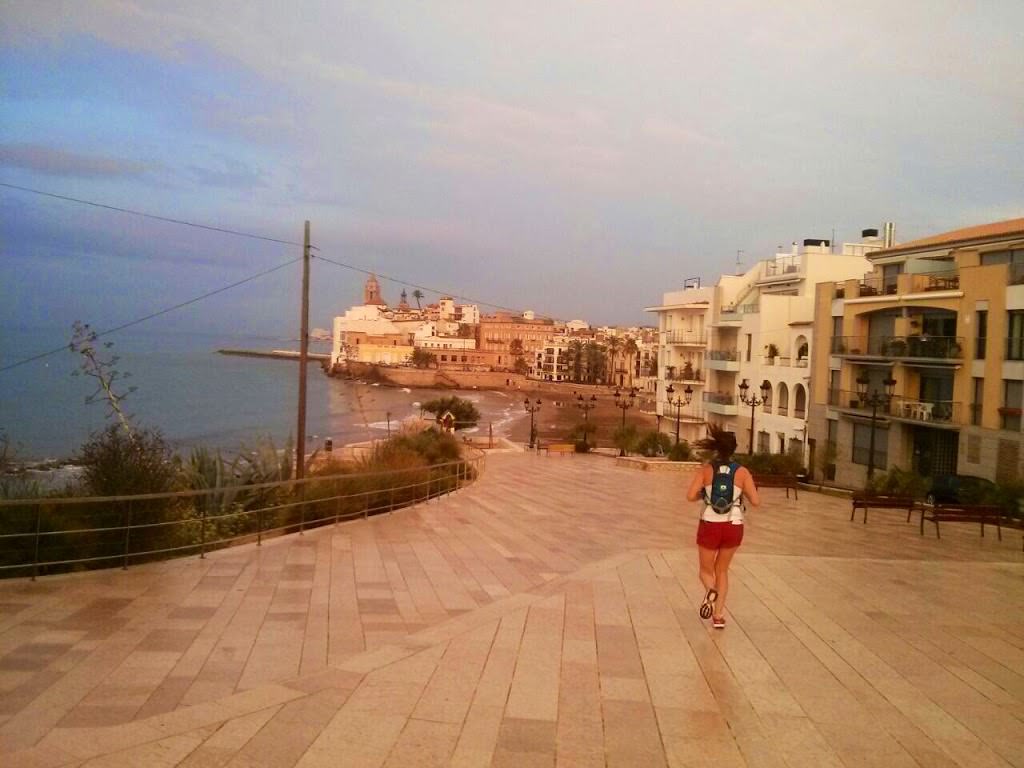 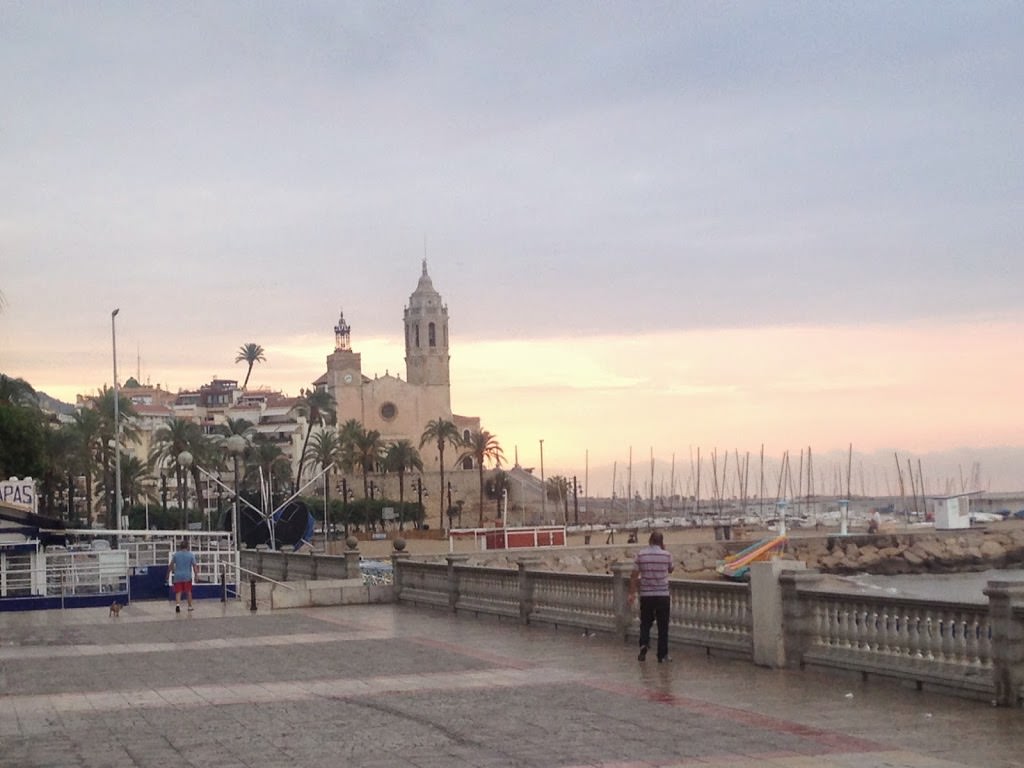 Things to Remember when Running Abroad

Make sure to check what time the sun rises and sets. If you’re in a new place, and particularly if you’re running alone, it’s probably best to avoid running in the dark. Laura and I set our alarms for 6am, only to discover the sun didn’t come up until 7.20- we quickly hit snooze for another 30mins. 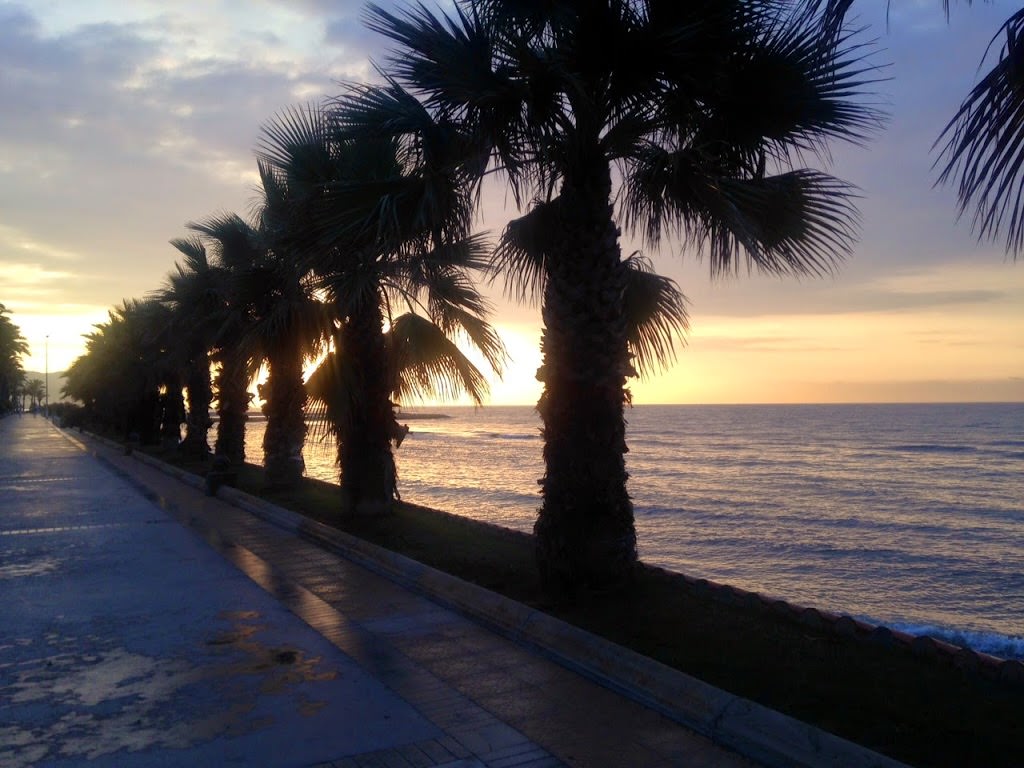 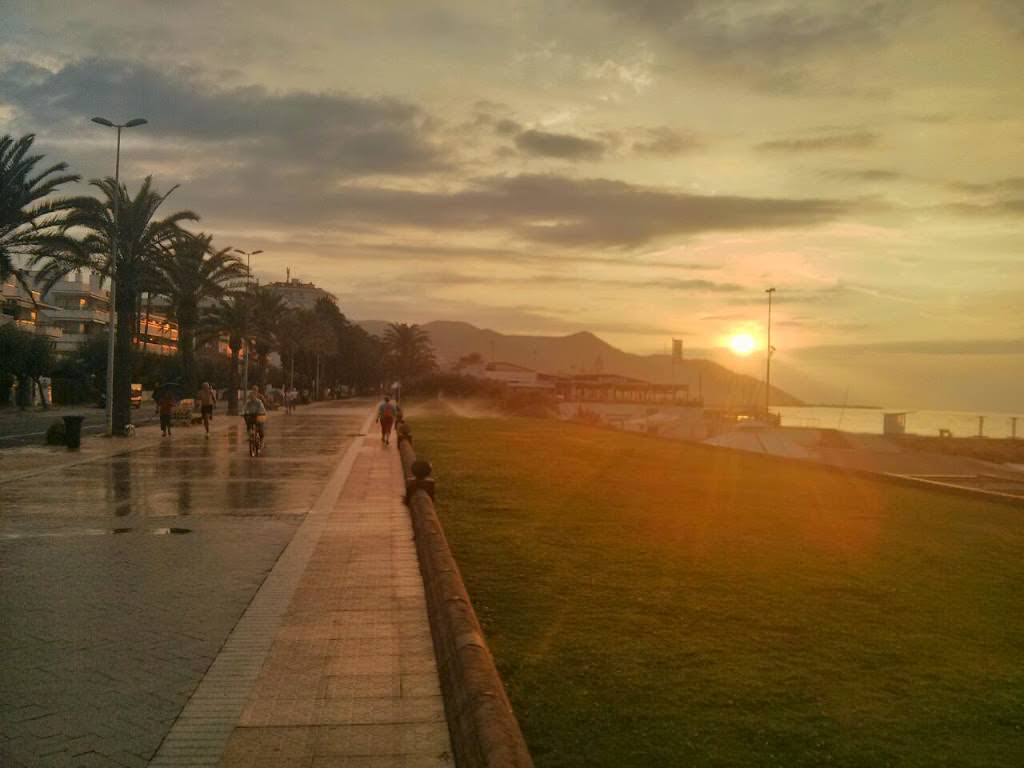 Bring pre-run food/breakfast with you, or plan accordingly, especially as you might not be able to find your usual brekkie at the local supermaket. I hadn’t thought of this at all so was very lucky that Laura had brought double porridge portions.
Try to plan a nice route– ours was a straight mile downhill, then included numerous stairs in the second and third mile. We decided to play it safe for the rest of our run and completed six repeats of the promenade- so, so boring but at least it was flat and there was a slight sea breeze. You could also use it as a great opportunity to explore the local area- we managed to run past numerous nudist beaches on our run, not something you see every day. 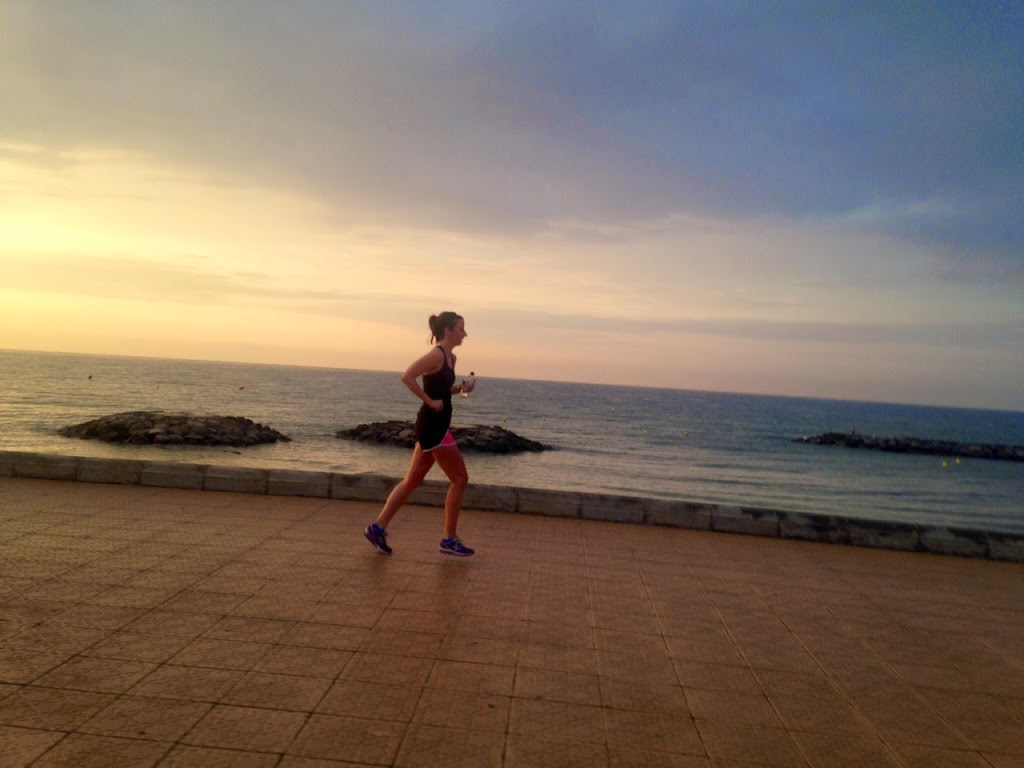 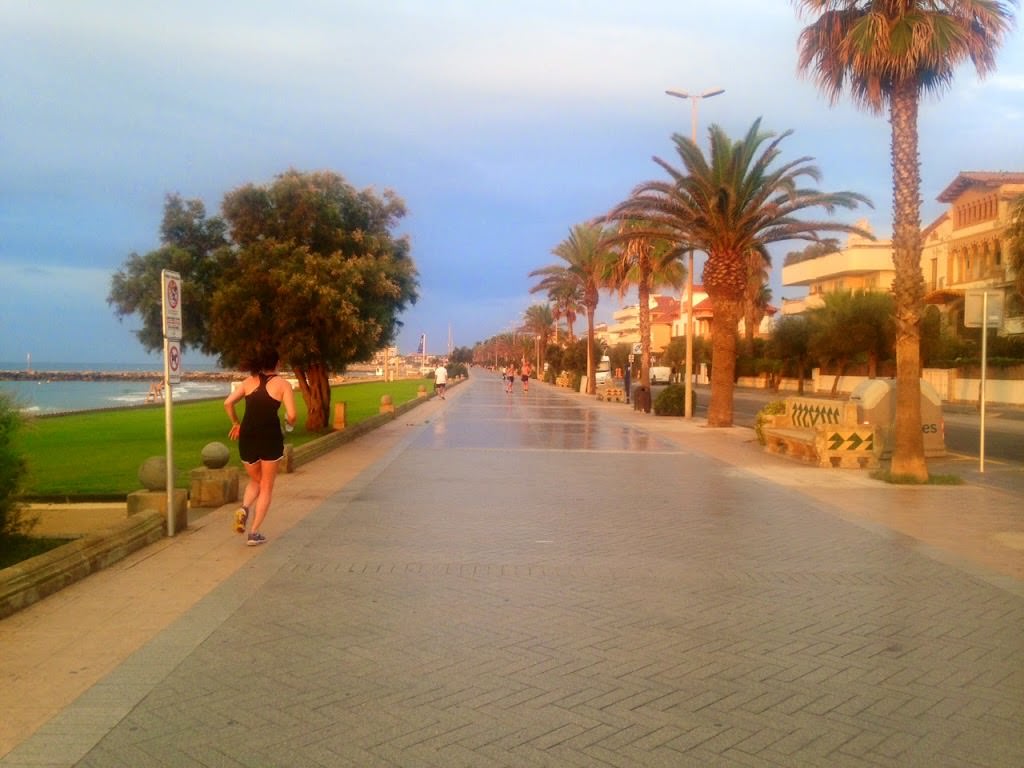 Bring enough water; you don’t know whether there will be fountains or shops open so bring enough water and fuel. I think in hindsight Laura didn’t bring enough with her and began to feel a little faint near the end of the run as we weren’t used to running in such humid conditions.
Think about the temperature and plan accordingly. I didn’t hit target pace on my run, or even close- due to the temperature I was forced to slow way down. My knee caps were dripping with sweat by the end of the run- it was so warm.
Dress appropriately, whether this is dressing for the weather, or for the local culture (covering arms/legs if you’re in a Muslim country for example.) I was completely covered in sweat by the end of our run and was very glad to have been in sweat wicking material, however I wish I’d worn a hat or visor.
A cool down is vitally important… 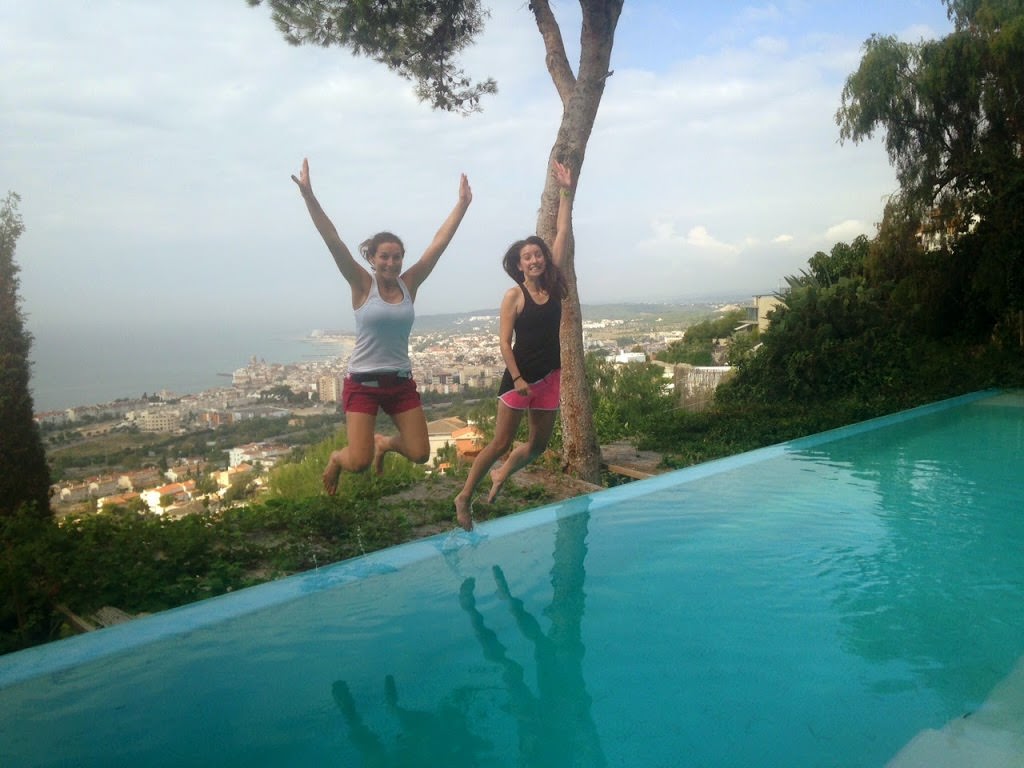 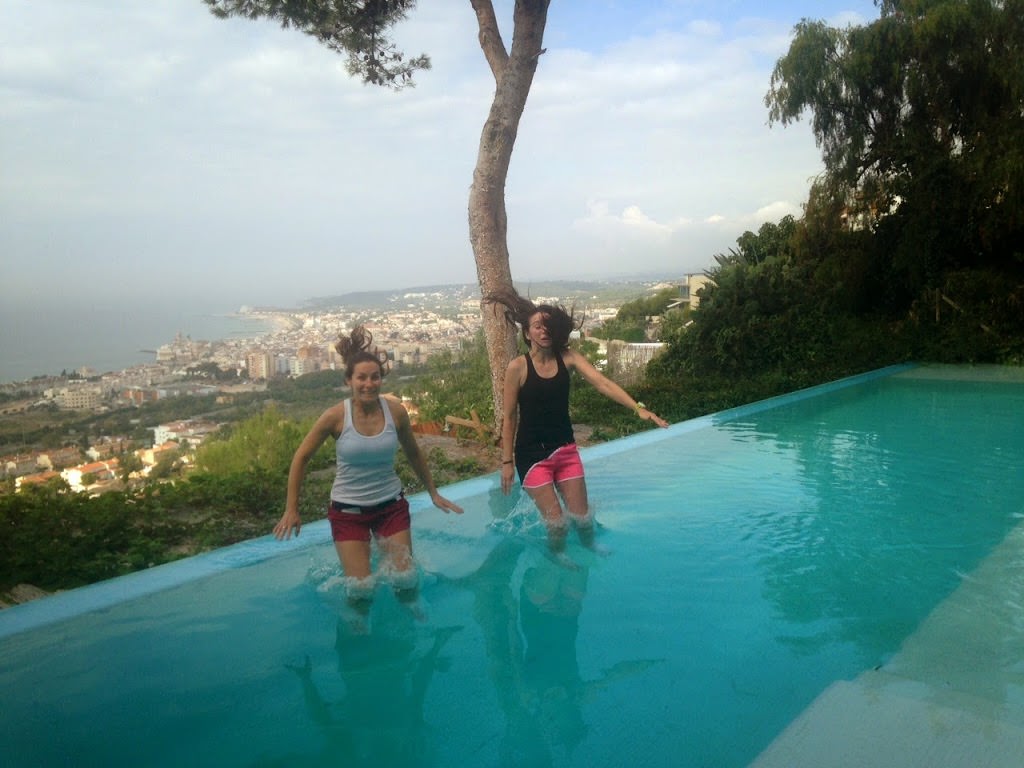 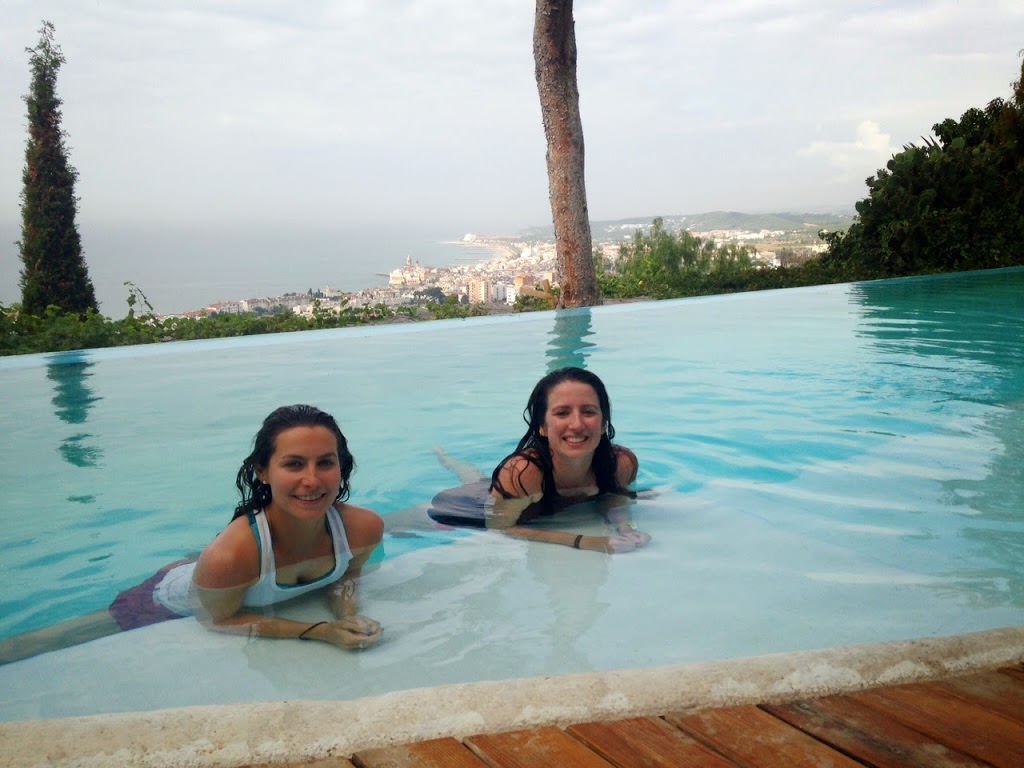 Don’t forget to buy snacks for afterwards- refuelling is key! 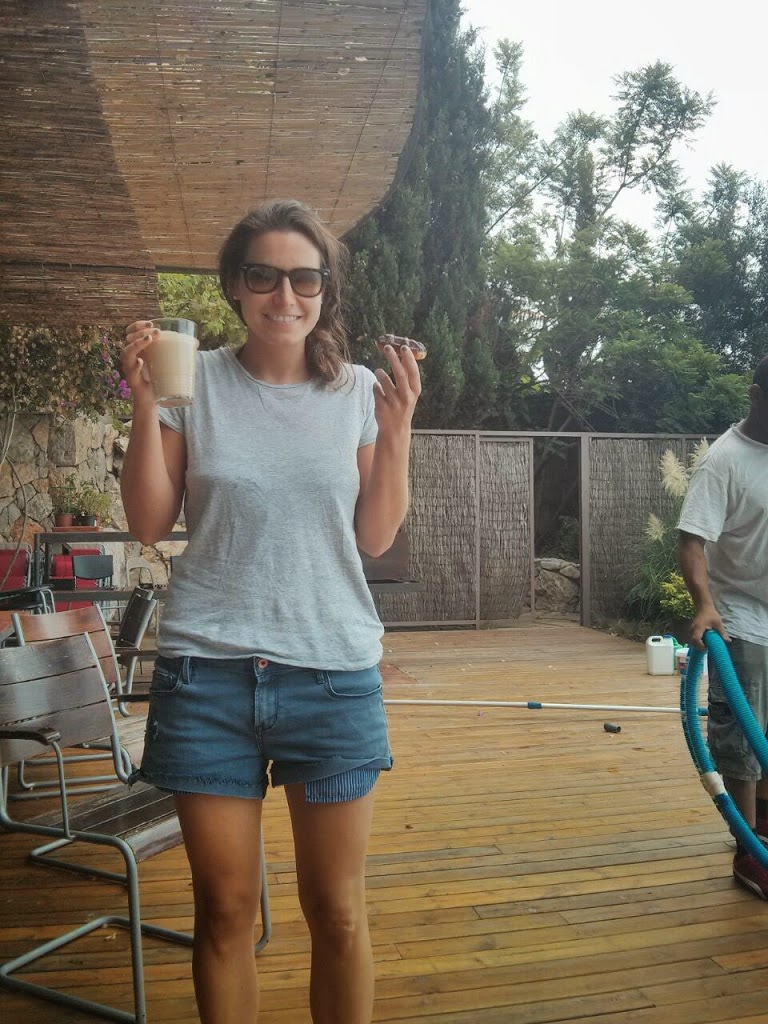 We actually stopped after 14miles (average of 9.11 pace), both of us mentally and physically done- plus we were conveniently located right next to the Carrefour supermarket. After wandering around in the aircon for 20mins, we came out with 25 euros worth of random snacks, including chocolate waffles, iced coffee and Aquarius sports drink! Runger in full force!
What are your tips for running abroad? Have you ever had to do a long run away from home?