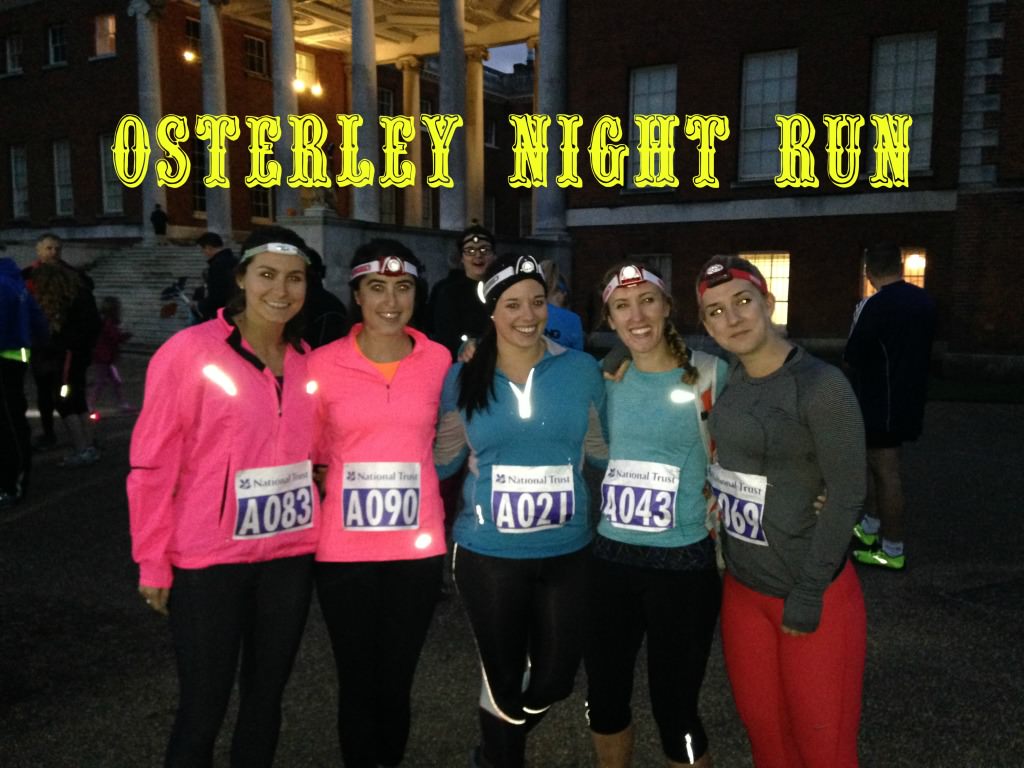 As I mentioned in a previous post, I haven’t run at all since the Berlin Marathon, however when I was offered a place at the National Trust Osterley Night Run I thought it would be a brilliant way to get back into it. A 7K run after dark around Osterley House as a pre-halloween celebration with some of my favourite running friends (Zoe, Leah, Jen and Sophie), and Tom!

Osterley house is out in West London, near Heathrow. It’s easily accessible on the Piccadilly Line tube or by car, however be warned it is very, very West. Perfect for Tom and I, however some of the girls travelled for close to two hours to get to there.

After collecting our bibs, we had a bit of a wait for the start- the organisers actually pushed the start time back to ensure it was run in complete darkness! Trying to take photos whilst running in almost complete darkness over trails results in some rather blurry action shots. 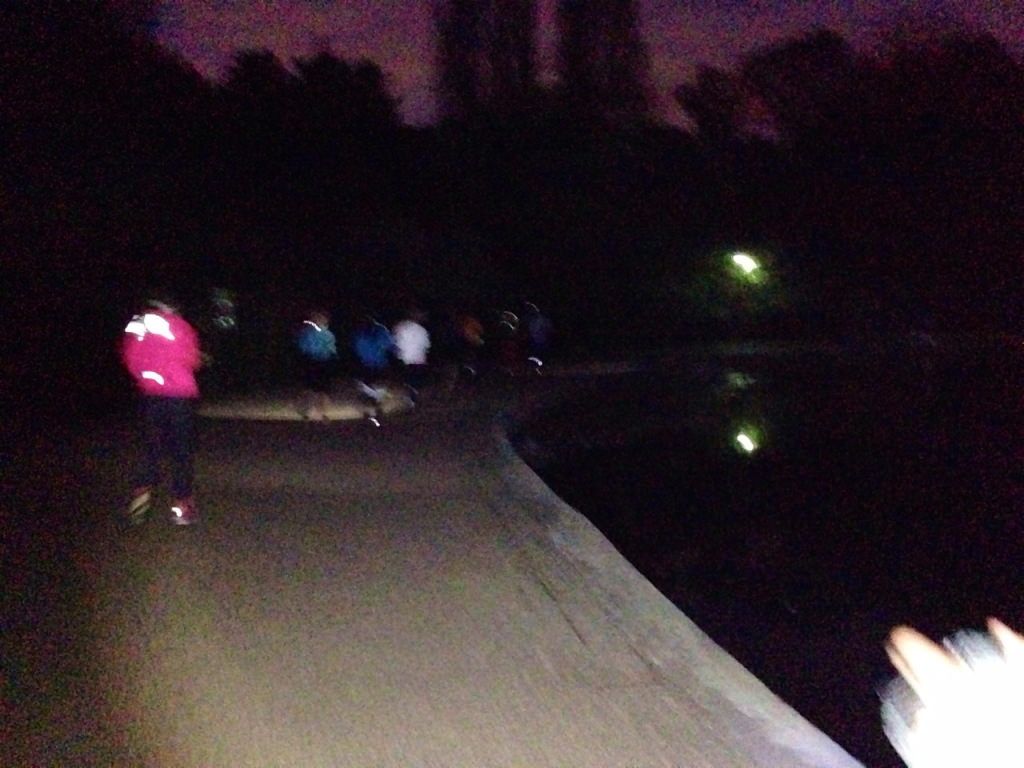 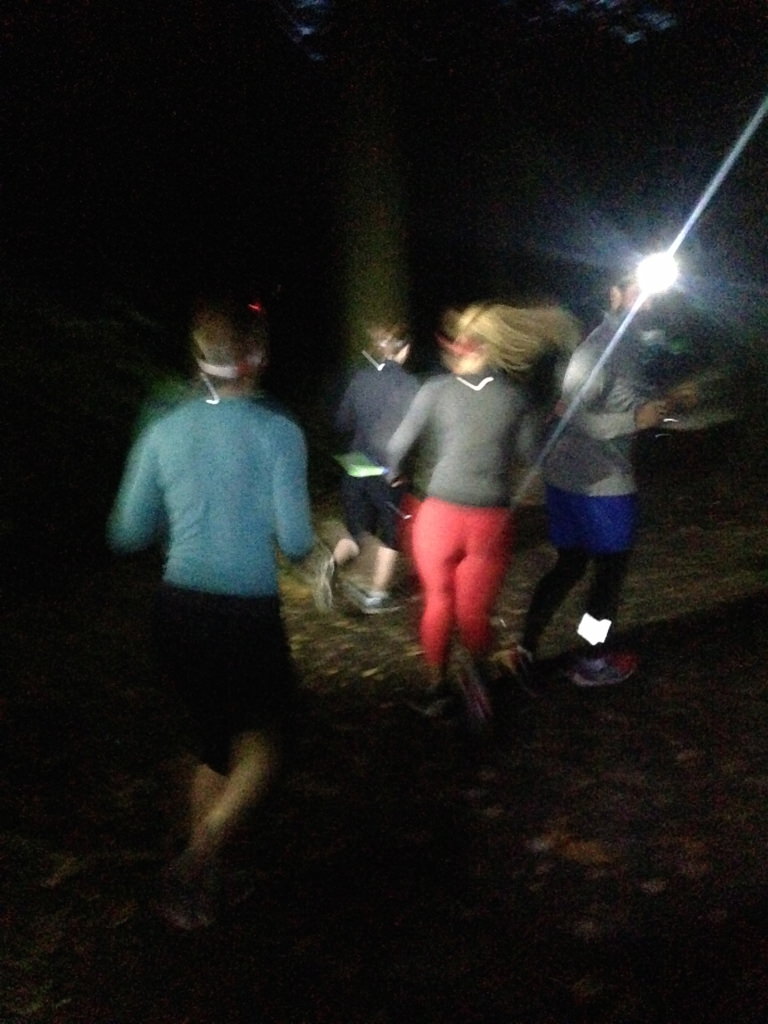 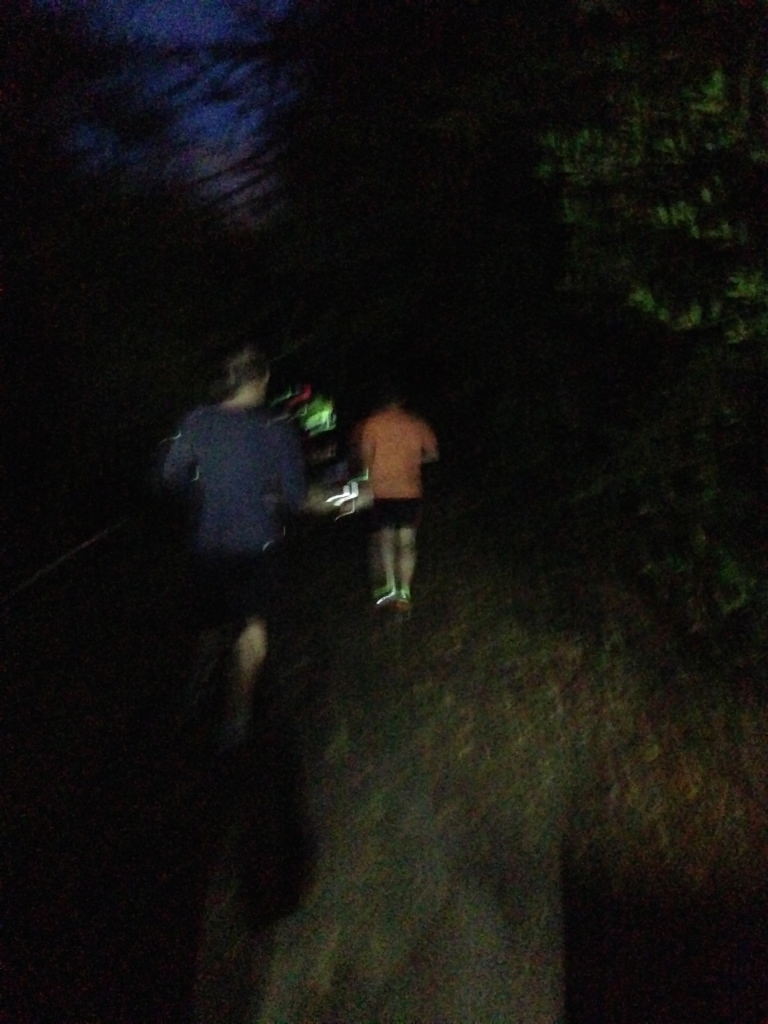 Although I started with Tom, his aim to was to get round as quickly as possible so that we could get home to watch X-factor however I was more interested in chatting and enjoying the race. The course was lit with pumpkins and glow sticks although it was still really, really dark and I was glad I wasn’t out there running alone! I also wasn’t running with a watch, and I’m not sure whether I missed the mile markers, or whether they didn’t have them, but 7K felt like longer than ever!

Zoe and I chatted as we ran about how this time last year we were about to run the New York Marathon! How much has changed in the past year. Both of us need a little boost to our fitness and agree that signing up for some shorter, fun races over the next few months. 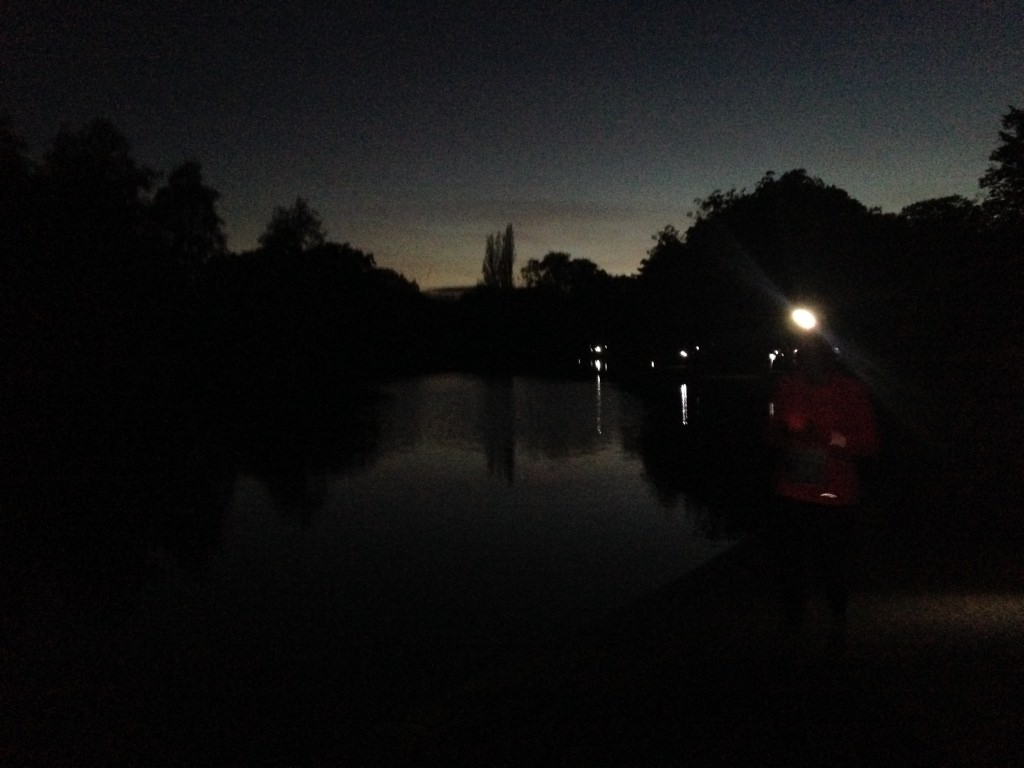 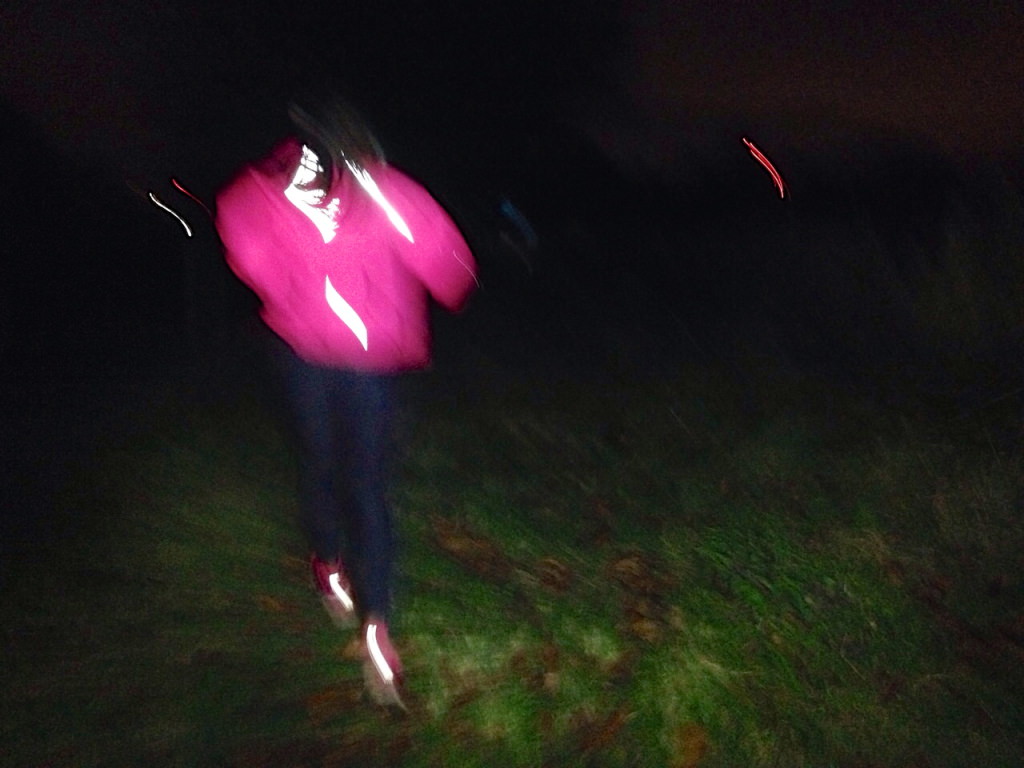 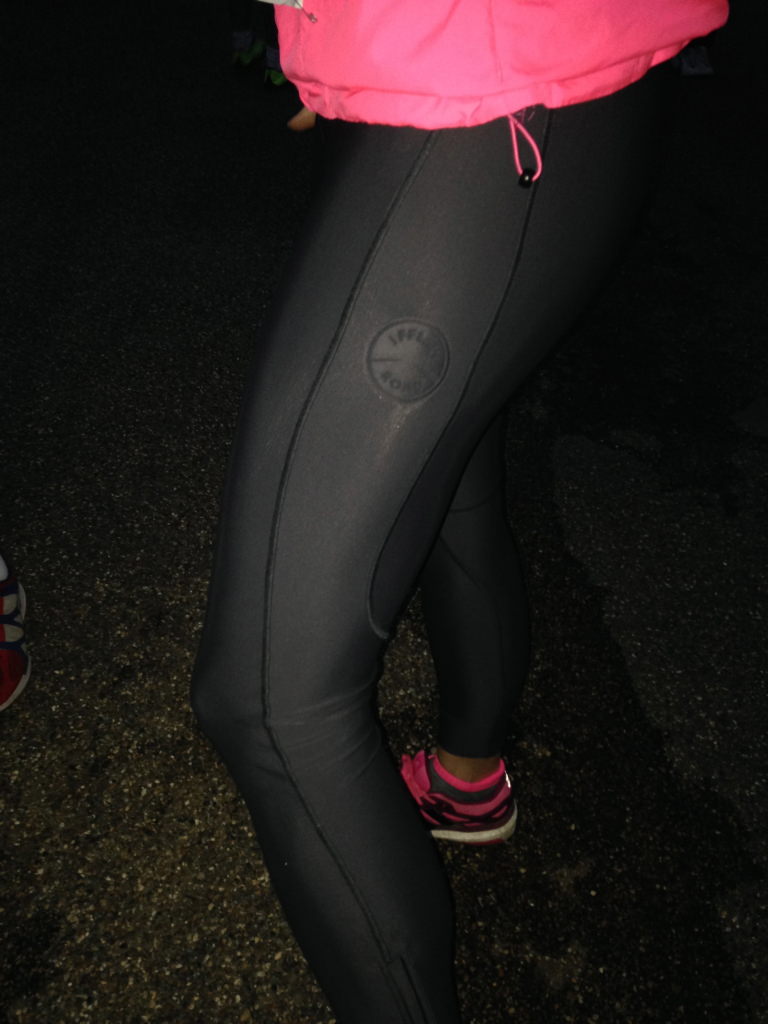 As well as a reflective jacket, I was wearing my new Iffley Road leggings that come in an awesome slate grey rather than the standard black. I was sent a medium, however I think I would go with a small next time (I’m a size 10!). The pocket at the back was the perfect fit for my phone, and I loved the zips at the bottom of the leggings. Sorry for the terrible photo- I blame the lighting and the photographer (TOM!). I also really like their Half Zip Running Tops that you can have personalised, a great X-mas pressie!

After the race, we collected our glow in the dark medals before chatting with Iwan Thomas, the Olympic 400m runner. He was running the Great South Run the following day so opted for the 2K family option. It was really fun to meet him and chat about running- he’s in a bit of a different league to us though obviously! He told us that he loves running 5Ks and couldn’t believe that we were a bunch on marathon runners. 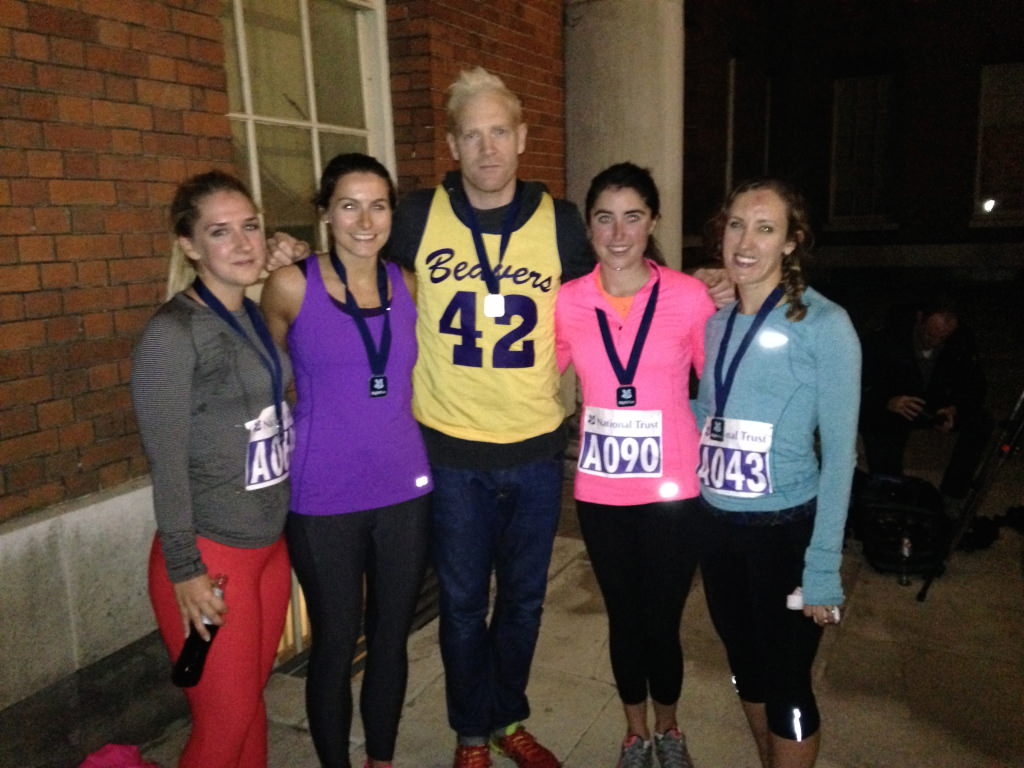 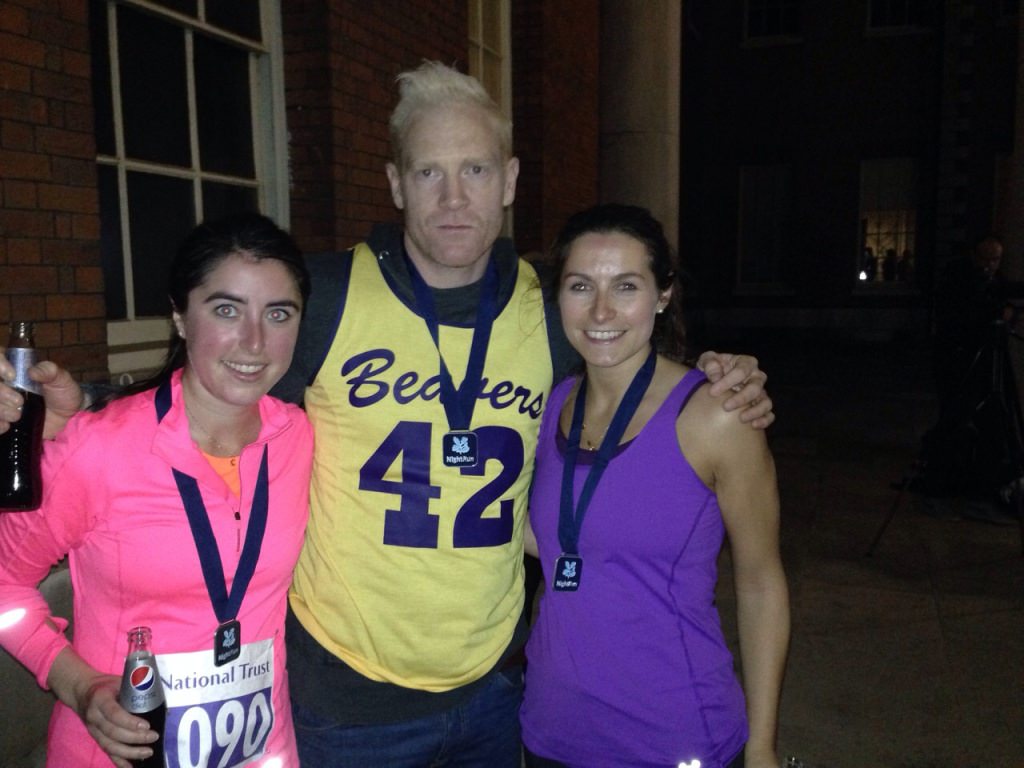 After chatting with Iwan, we were interviewed by the National Trust guys about the race and our experience. I had a lot of fun but I would have loved to have had trick or treating along the route, or fun activities like apple bobbing and marshmallow roasting afterwards. Additionally the course could have been slightly better lit, as I know a few people took tumbles including Tom.

Overall it was a really fun, family friendly race that I would definitely sign up for again, and am already looking up day time runs around Osterley. They do a weekly Park Run if anyone’s keen on trying it out!