I’ve only run more than 20 miles once before.

When I ran a little thing called the London Marathon.

I’ve tackled the 20 mile distance once during my training two years ago, but during this training cycle Gia has me running a 20 mile run and a 22 mile training run. This should make me stronger, build endurance and will hopefully mean I avoid the dreaded ‘wall’ at mile 20.

Ashley and I both had 20 miles on our schedule so we decided to meet up and run together, nothing like a running buddy to keep you motivated! After running multiple times in my new Adidas Boosts, I decided to try them out on my long run. With only 35 days to go until the New York City Marathon, I need to choose the appropriate shoes for the big day, and I think I have a winner! They were comfy, bouncy, light but supportive. 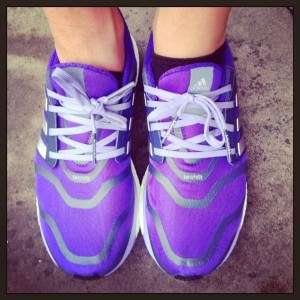 We met up at 6.30am by Gloucester Road station, ran in a big circle whilst I got my map and satellites working, then set off towards the Thames where we were treated to this amazing view, and we had it mostly to ourselves! 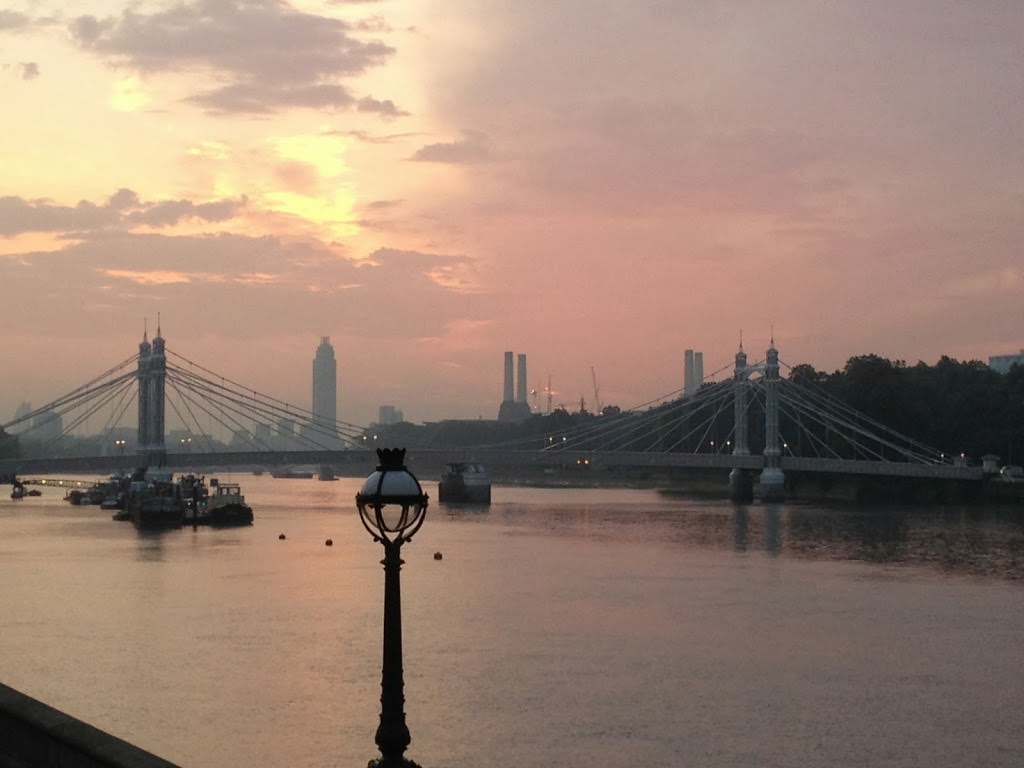 Our route took us over Battersea Bridge and along the river through Putney, Hammersmith, Barnes, Kew and down to Richmond. 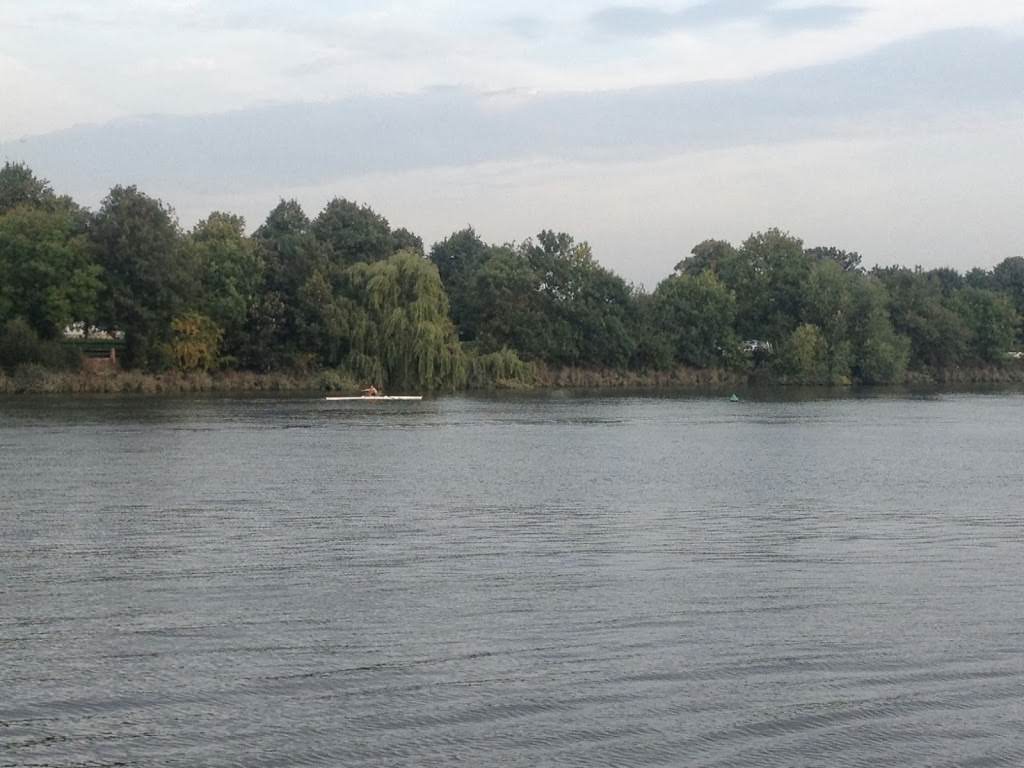 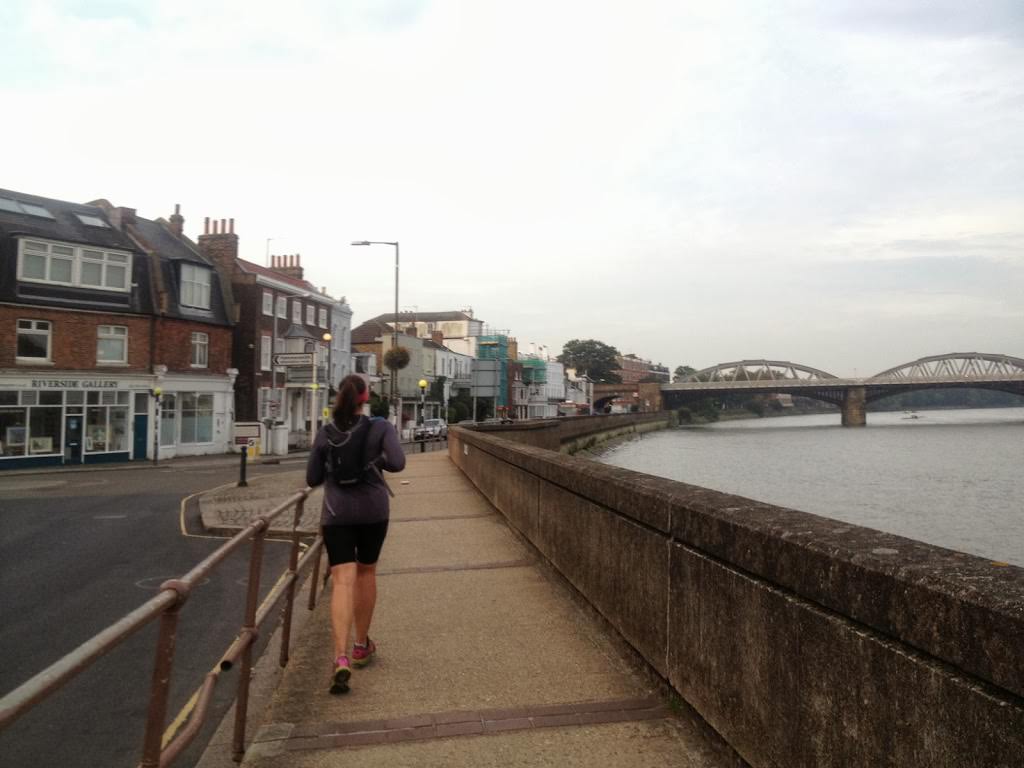 We broke the run up into batches 5 miles, fuelling and stretching. I took some Shot Bloks after the first 5 but actually find it quite hard to chew and breathe! I then took Gu gels at 10 and 15 miles. I had a Tri-Berry Gu and loved it, then a Blackberry and hated it! I listened to the ‘Stuff Mom Never told You’ podcasts (I’ve run out of Jillian Michaels!) for the first 15 miles, before switching my ipod off and chatting to Ashley, picking her brain on NYC and the marathon! 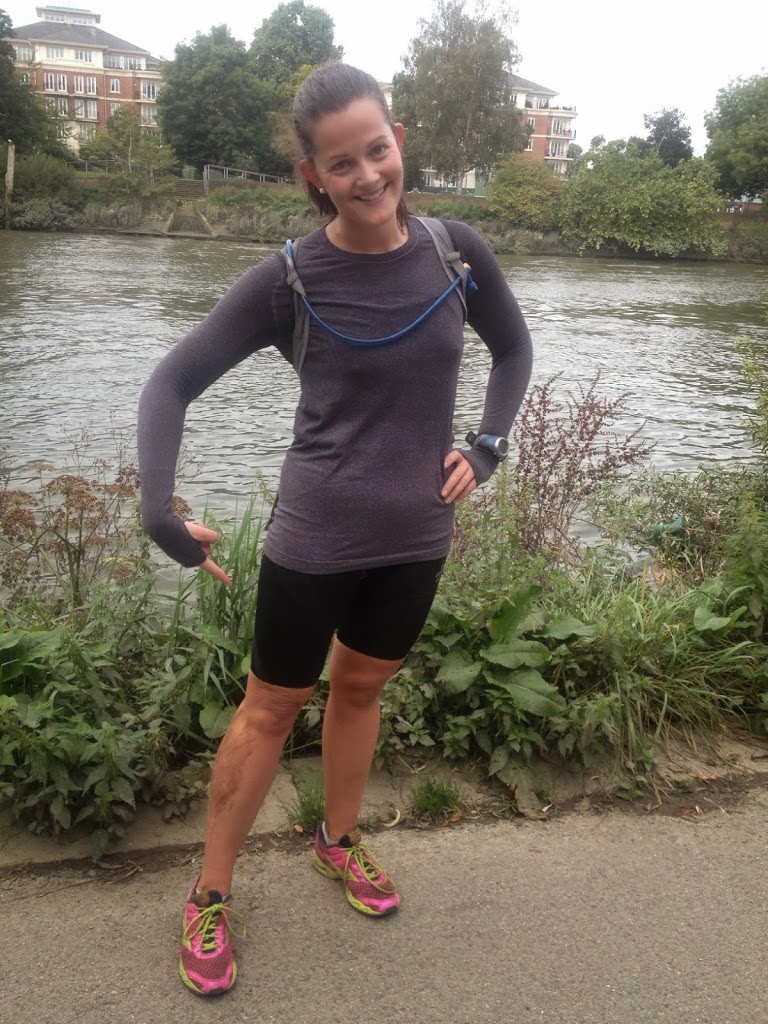 I love that along the trail there is hardly any traffic light stops, fewer pedestrians and no pavements. It is, however, mostly a trail path, which I had forgotten to mention to Ashley! It does take quite a lot of concentration to stay on your feet, sadly whilst we were chatting Ashley took a bit of a tumble. I love that the first thing she did was to pause her Garmin! Luckily she fell on softish ground rather than too many rocks, but I would imagine her hip, leg and hand must be quite bruised. 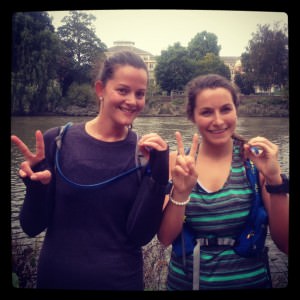 Thrilled to have run 20 miles- and not struggled like I thought I might, especially after sleeping terribly the night before. Apart from a few technology fails- my Garmin took ages to find signals, and my RunKeeper went mad at mile 17 and started recording some World Record paces of 37 seconds a mile! Talk about negative splitting! 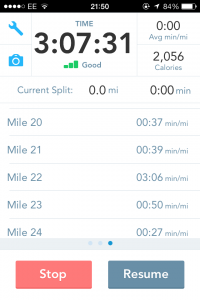 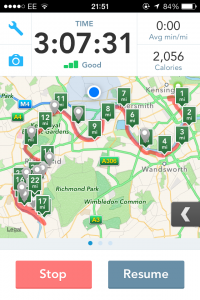 After our run we grabbed some Pumpkin Spiced Lattes and got the tube back. I was ravenous by this point, and headed out for brunch with Amanda where I enjoyed a big breakfast called ‘The Black Hole’. I’m going to try to recreate it at home so will hopefully be posting a recipe soon, it was amazing! We also tried out a new nail salon near us, they were quite shocked by the state of my feet- especially when I asked them to leave certain callousy bits alone. Oh how attractive we runners are!

I hope you had a great weekend. Did you run? What are your favourite brand/style of trainers?