Yesteday morning I got up early to go for a run before work. I really enjoyed running outside on Saturday morning with no agenda, so was excited to get out again. Unfortunately I hadn’t really taken into consideration the fact that it was much colder than it was on Saturday, or that by running a couple of hours earlier, that it would still be quite dark!

I added another thermal layer to my outfit and headed outside. Almost immediately I wished I was wearing a hat and gloves. As Ashley said, you can lose up to 40% of your body heat through your head, and up to 30% through your hands! Time to invest in some winter running gear, my headband did not cut it! I’ve also got my eye on these thermal running leggings from Sweaty Betty that  I might have to invest in if I am going to continue running outside this winter. 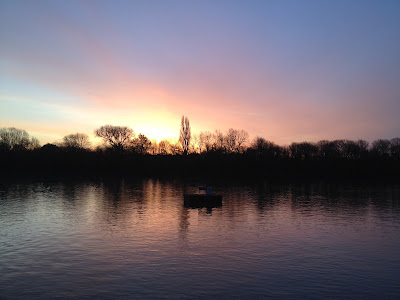 It was beautiful with the sun rising behind the trees. I didn’t feel like I was running in London! 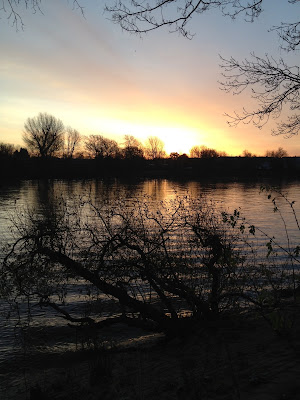 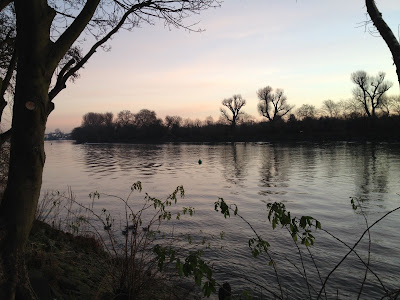 I am so lucky to have somewhere so beautiful to run just a mile from my house! My only gripe is that there is no street lighting along the river so it’s not somewhere you can run too early, or in the evenings after work. I’ll have to make the most of the long summer evenings next year. 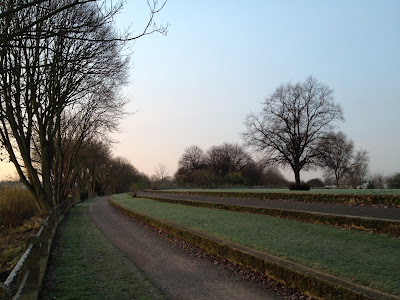 There was frost on the ground, and a chill in the air that made it feel so wintery. I ran out and back for a total of 3 miles. 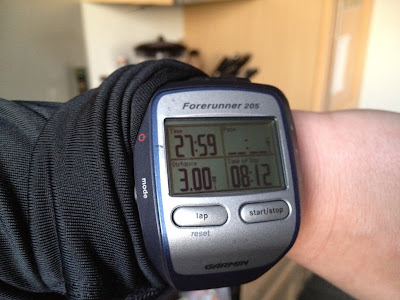 I read an article in Runner’s World that talked about running past your house and up the street just enough to get your garmin to register a whole mile (or a half). I totally do that, and did it this morning as you can see! I literally sprinted down the street to get my 3miles in under 28 minutes. My neighbours must have thought I was mad!

In the evening, Tom and I went to Winter Wonderland in Hyde Park. It’s like a German Christmas market with stalls, rides and an ice rink. 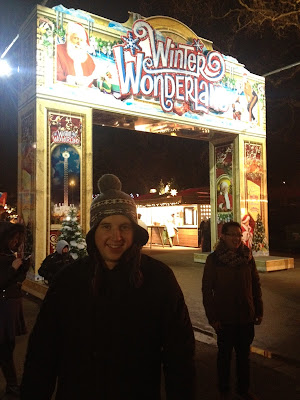 Luckily it wasn’t raining although it was still freezing cold. We quickly went in search of some drinks, I got a hot mulled cider. Delicious but a little overpriced at £4! Someone got a rather large German lager… 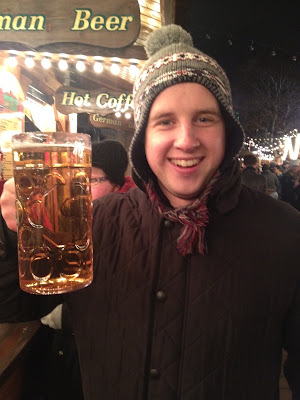 Last summer, Tom and I had seen this large swing ride at a fair and circus that we had been to. I had really wanted to go on but Tom hadn’t been keen. At all. Last night, I managed to convince him to come on it with me. I don’t think he enjoyed it as it was pretty cold and windy at the top, but we got some pretty impressive views over London. 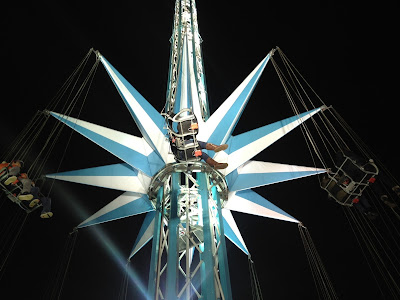 I then went on a ride that he wanted to go on. It was a rollercoaster that tipped you out at each corner, and was, in my opinion, far scarier than the high swings! I screamed my head off! I genuinely thought we were going to fall out. It didn’t help that the rollercoaster seemed to be propped up on wooden crates!! 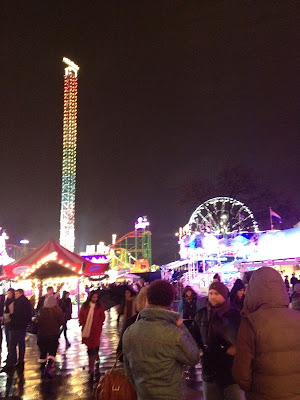 Unfortunately it started to rain at this point, and there was very little coverage to stand under. (Note to planners- it IS going to rain in London in December, please provide more heated, covered areas for next year please!) 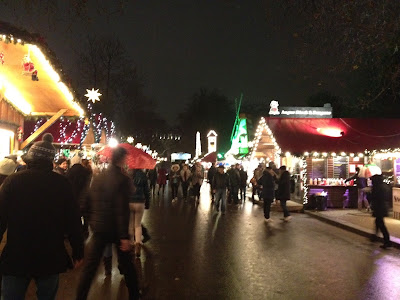 We had another hot cider, and a burger from a reputable stand, then dedided that we were ready to head home. My feet by this point were practically numb so I was very happy to head back and warm them up! Overall I did enjoy Winter Wonderland, and probably would have stayed longer if it hadn’t been raining. However, I did think it was really overpriced. At £4 for a small cider, and £6-8 per person, per ride, we ended up spending a lot more than we would have liked. It was a fun evening though, and I’ll probably be back next year! 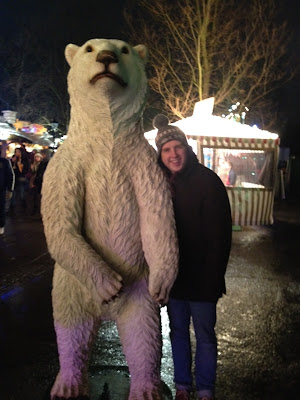 Do you have a German Christmas market near you? Do you like Christmas fairs?