A year on from Birrell’s commissioning ball we attended his Pantomime themed Christmas ball. It was a real celebration as the Welsh Guards got back from their tour to Afghanistan in October. We were so happy that Birrell got back safely and had no fatalities in his platoon. 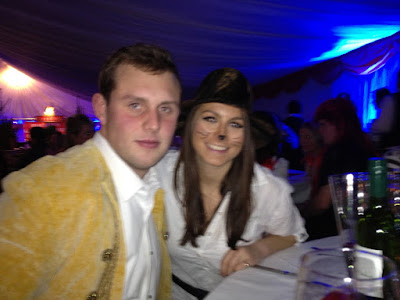 I was dressed at Puss in Boots- pretty mish mash outfit with a tail, sword, leggings, and hat, with a whiskers drawn on my face and of course boots! I’m not sure what Birrell was, Buttons the butler from Cinderella maybe?! 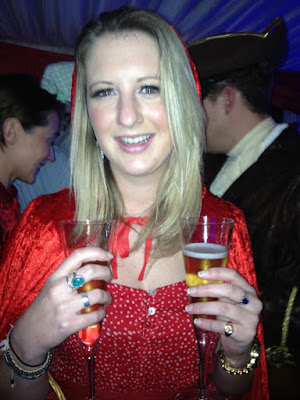 We were joined by Little Red Riding Hood…. 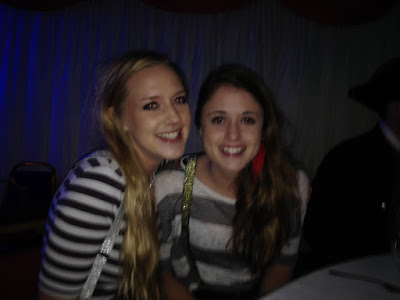 We were greeted with glasses of champagne as we arrived and had a drinks reception, before heading to another part of the marquee for our supper. Chicken liver pate starters were on our table, followed by a Christmas dinner buffet! I’m not sure whether we’ll be having a proper Christmas dinner on Christmas day this year so I readily tucked into turkey, stuffing, roast veg, brussels sprouts, bread sauce and some delicious chestnut and pumpkin risotto.

There was also a dessert buffet, a friend and I shared a chocolate mousse and cherry cheesecake. Sorry no photos of the food- too busy eating!

After supper we discovered this sleigh… 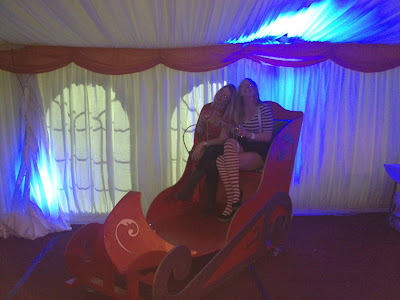 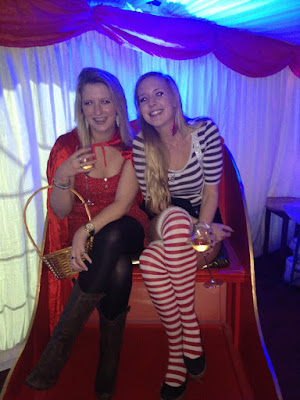 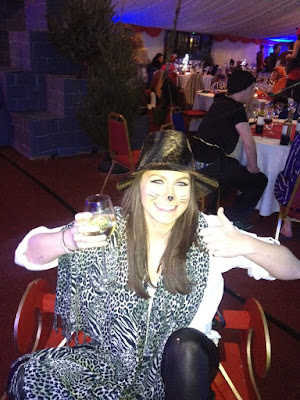 I got the worst seat in the sleigh as you can see! I also feel a little hypocritical after posting about balance  last week, and here I am pictured with a large glass of wine in hand. Whilst I certainly didn’t hold back on Friday night, I did ensure that I drank plenty of water so that I wouldn’t feel too bad the following morning. But we were celebrating!! 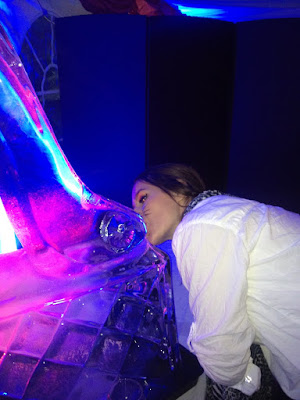 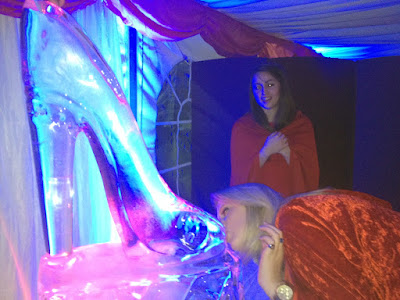 The band was great, and played some old classics as well as their version of some recent numbers. The lead singer was a little crazy! 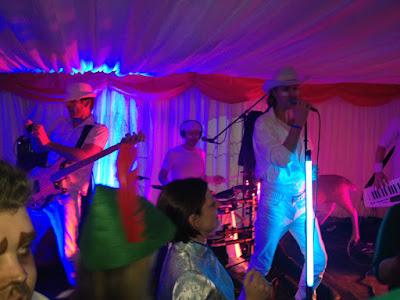 I had such a fun evening and really enjoyed spending time with Birrell, meeting some of his army friends, as well as drinking and dancing!

I hope everyone else is having a great weekend!