I’ve run nearly 300 miles during this training cycle (which means I obviously need to buy some new trainers soon!) and whilst I’ve enjoyed a lot of those miles, I am really looking forward to stepping back a little for the next 2 weeks.

Yesterday I completed my last long run; 14ish miles, running 15K in the Whole Foods Market Women’s Only Richmond Park run. Handily, Richmond Park is almost exactly 5 miles from my house, so I decided running there would not only save time, but allow me to get my extra mileage done before the race started. Knowing that Richmond Park is not flat was also a factor in me signing up for this race as I need a little more hills practise before the NYCM.

My run to the park was pretty uneventful, except for annoyingly having to wait for about 5 trains at the zebra crossing. It gave me time to stretch but did mean that I was running a little late for the race start at 10.20. 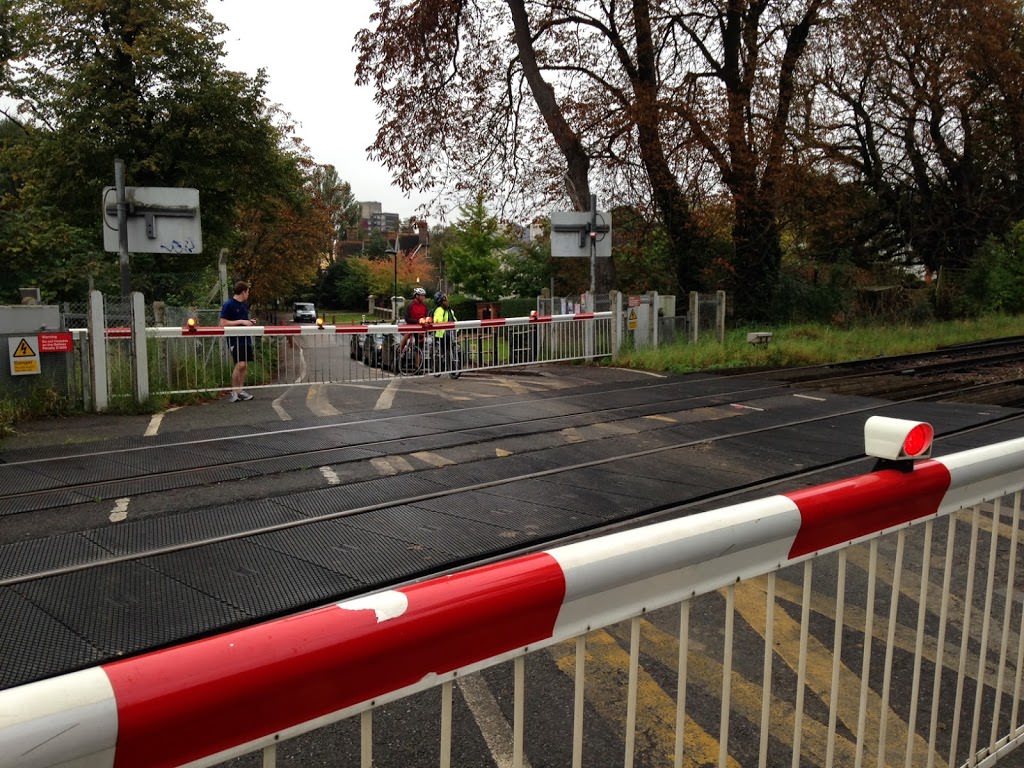 Luckily, I made it to the park with time to go to the loo, give Jason my bag and meet up with the girls. The race start wasn’t terribly organised, and we didn’t seem to run over a timing mat but it was very punctual. I started off with Kiera, chatting about our upcoming marathons and although I didn’t have a race plan, I knew I wanted to try to keep my pace just under 10 min miles. 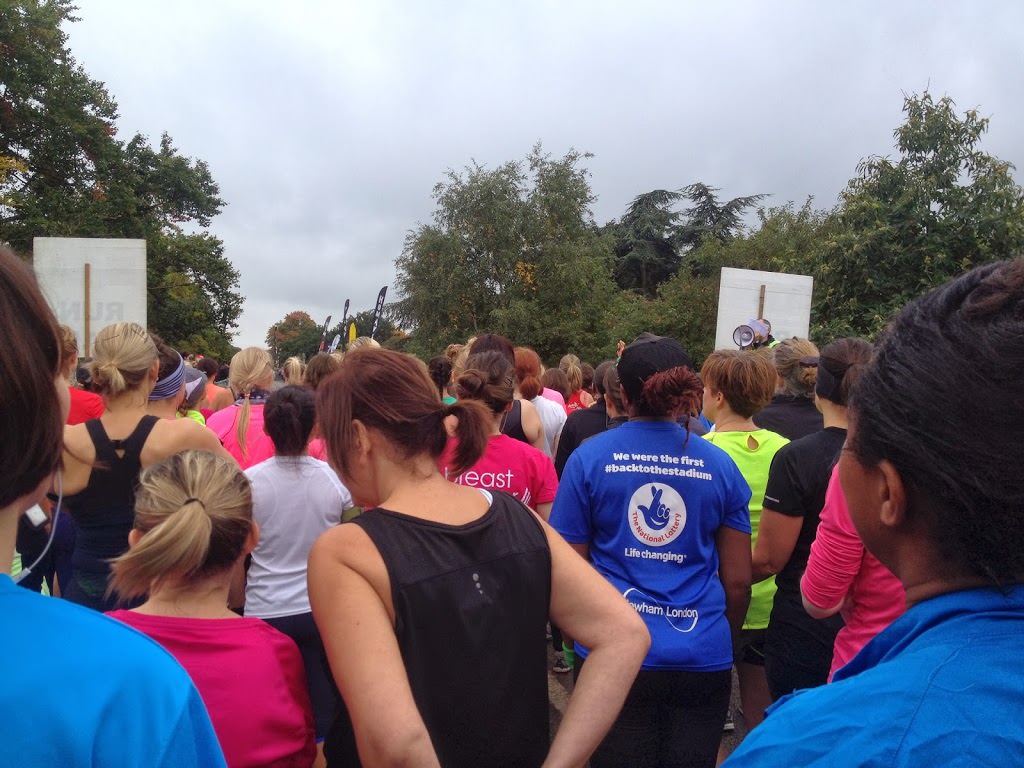 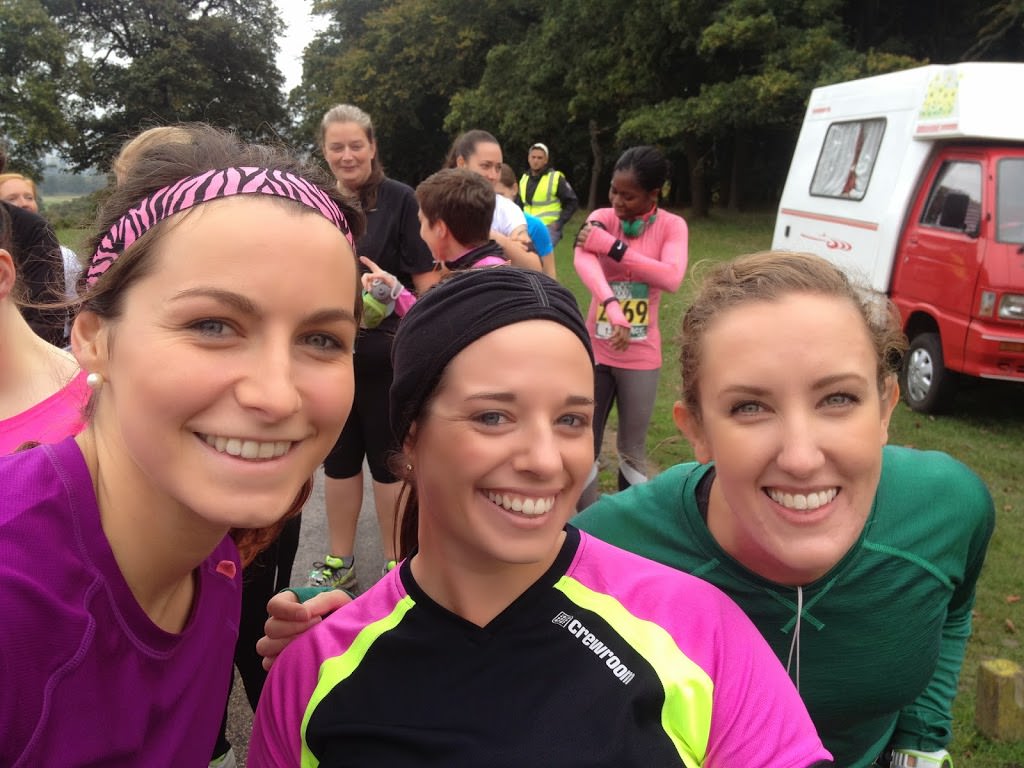 Leah and Jen took off at a speedy pace, and I tried to tuck in behind them. The rolling hills meant that our pace was a little up and down, although I knew that I was going a little faster than I wanted! After a while, Leah and I dropped back and settled into a natural rhythm. 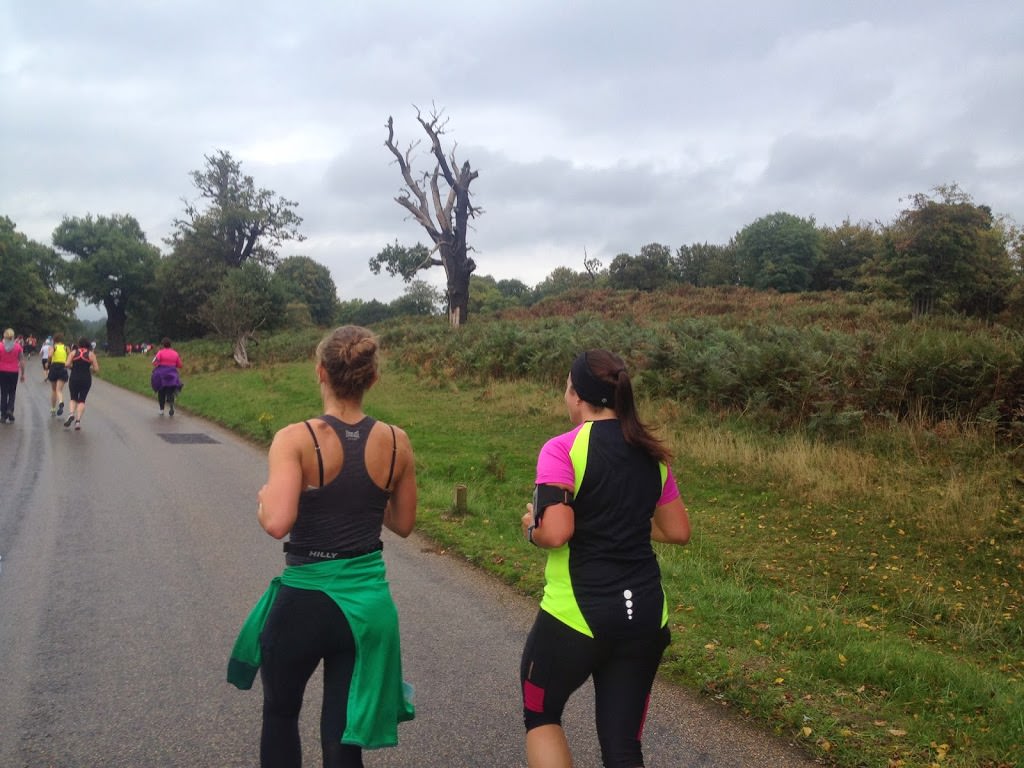 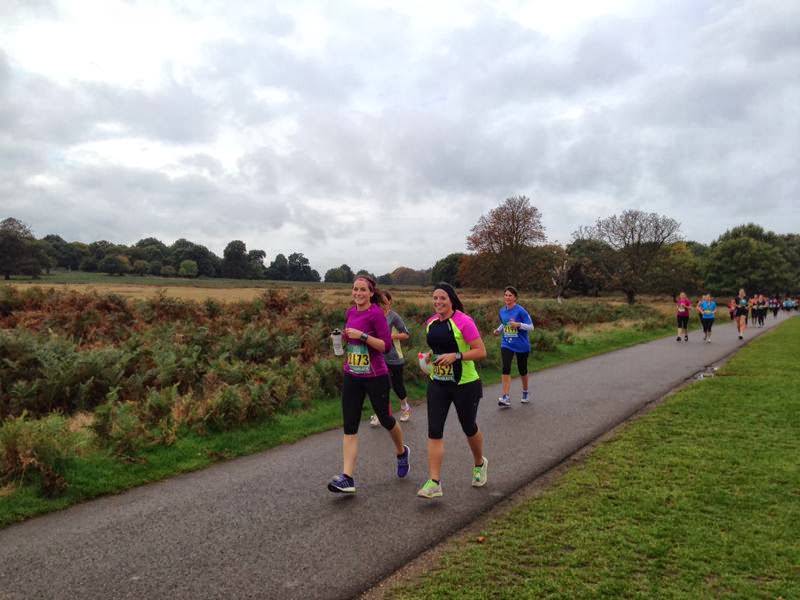 I don’t know whether it was the two route loop, the warmer than expected weather, or the rolling hills, but this run felt hard. Leah’s knee was acting up and when we saw the boys cheering us on at the 10K point, both of us were wishing we had opted for the shorter race! Leah pulled to one side to speak to Jason, while I pressed onwards. I just wanted it to be over!! Richmond Park is beautiful, and I just wish the weather had been a little better so that the runners and spectators could enjoy the views slightly more- at least it didn’t rain while we were running like last week! 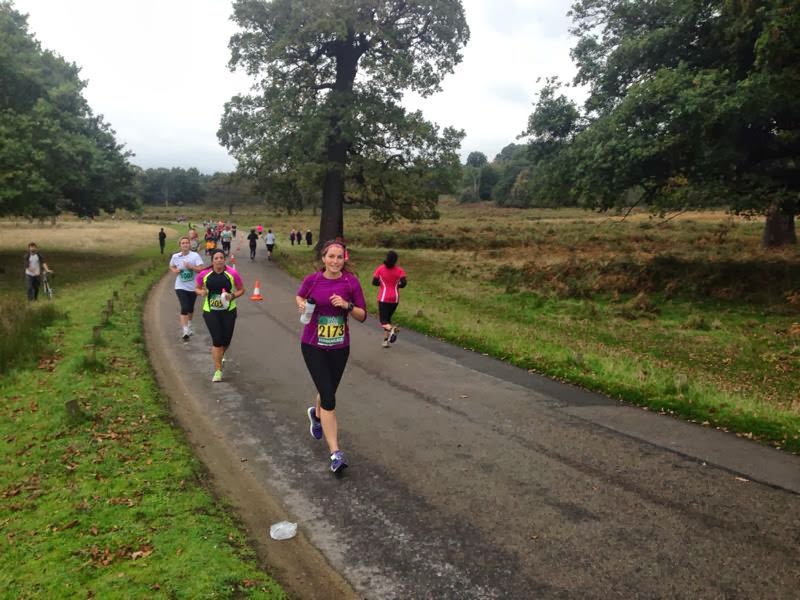 I kept an eye out for Jess and Stephanie whilst running, they were looking super speedy ahead of me (Jess ended up coming 5th!) The only good thing about the out and back of the course was getting to see friends infront and behind multiple times. 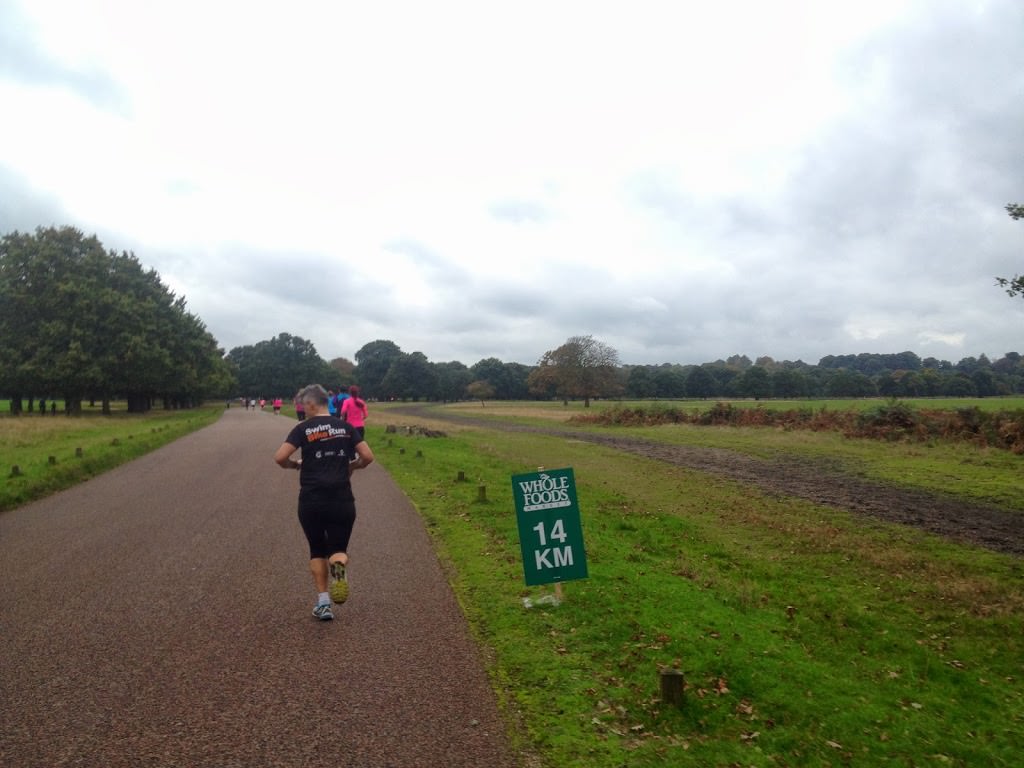 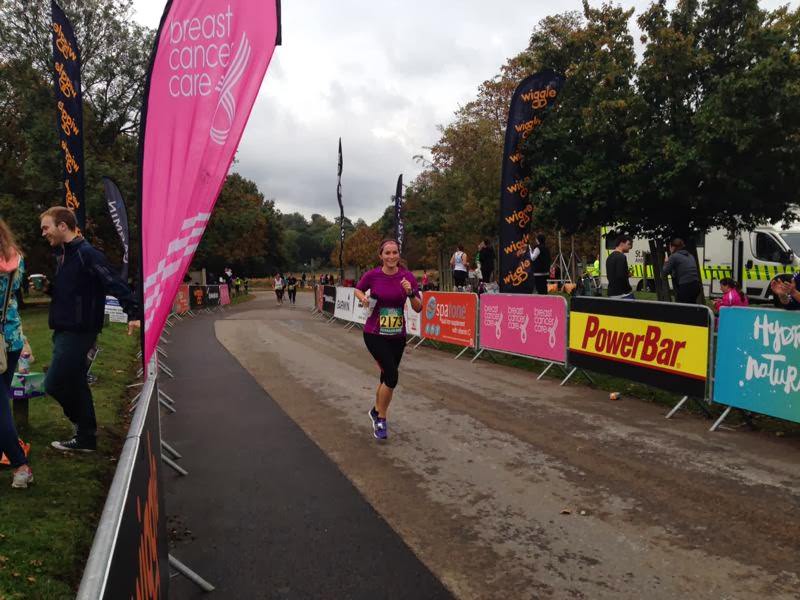 The finish line was on an uphill, which was a bit mean of the organisers, but it made crossing the finish line felt even better! It was great to see the boys, as well as Zoe, and Lissy (who’d raced the 5K) and Zoe’s mum, Jess and Stephanie cheering me over the line! A few minutes later Leah and Kiera crossed together looking happy to be done! 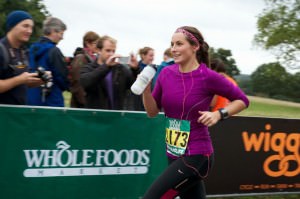 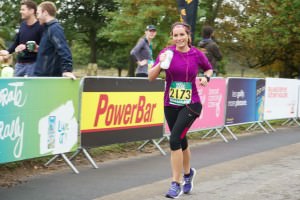 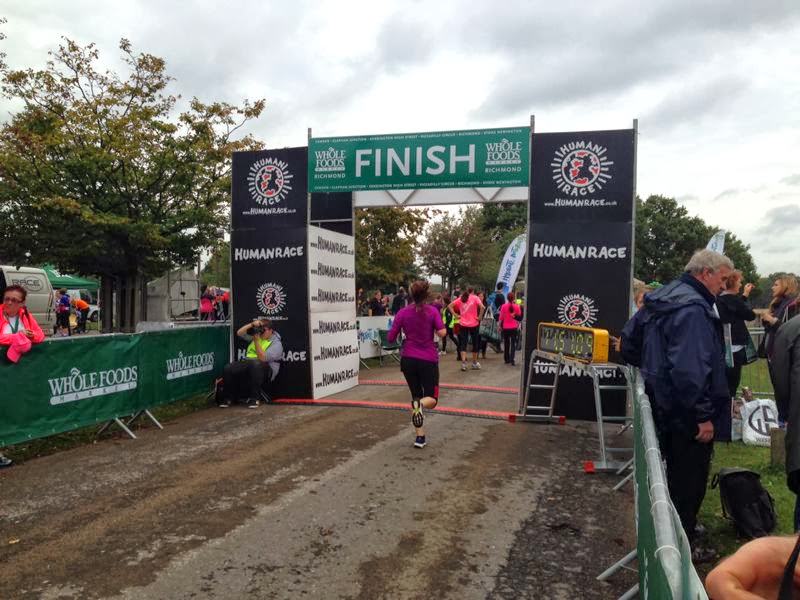 I finished the 15K in 1.31 apparently, although my Garmin recorded an average pace of 9.33 over 14.5 miles. I know a lot of people said that they thought the course was short, which was disappointing for those racing for a time/PB. Personally, I was thrilled to get my long run done for the day and earn a medal for it.

It’s awesome having such a great group of running friends to race with, this time last year I didn’t know any of these girls except Zoe. I’m so lucky to have found these lovely ladies to share my running obsession with! 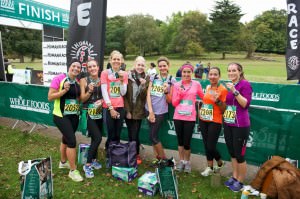 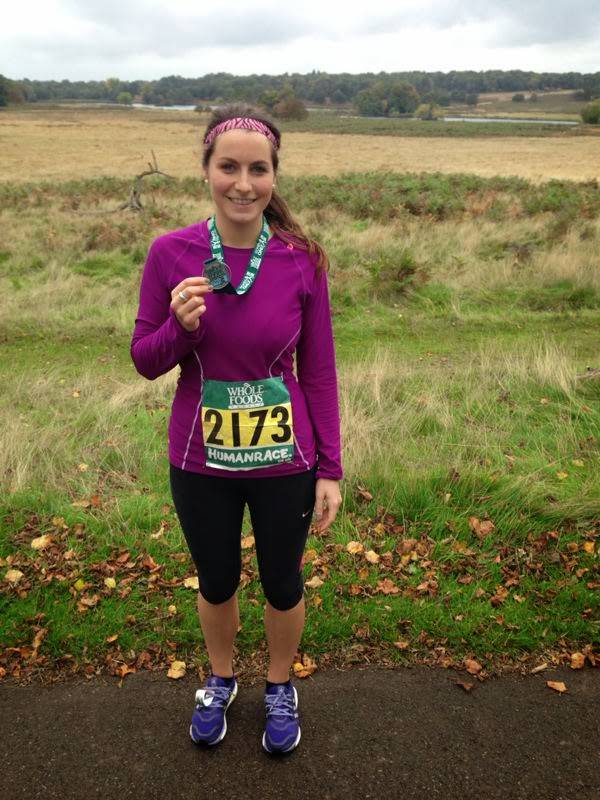 Have you ever raced an odd distance- like 15K?