The Royal Parks Half is one of my favourite races of the year; well supported, awesome route, great organisation and usually the sunniest day of October. However, it’s notoriously difficult to get a spot.

I was lucky to be given a spot by the organisers this year so was able to run it for the third time. (You can read my race recaps from 2013 and 2016 here).

You can watch my race vlog here (would love if you could subscribe to my Youtube channel and leave a thumbs up if you liked it!)

This year I drove from Henley, parked in Hammersmith and was at Knightsbridge station by 7.30am to meet up with my friend Claire, who was running her first ever half marathon.

I had to make a quick loo stop at Cafe Nero before we headed to Hyde Park and the starting village. In previous years they have given out special bags to leave at bag drop, however in an effort to be more environmentally friendly, they just let you drop your own bag this year.

Unfortunately, the queues were huge for everything, and is often the case, I found myself waiting in line for the portaloo when the race gun went off. But as I reassured Claire, it’s better to start late having been for a wee than have to wee enroute.

Luckily, we hadn’t missed the blue wave start so we joined the back of the group and made our way over the start line a few minutes later. With similar race goals (to finish!) but different paces, we said our goodbyes and took off to cover 13.1 miles around London. 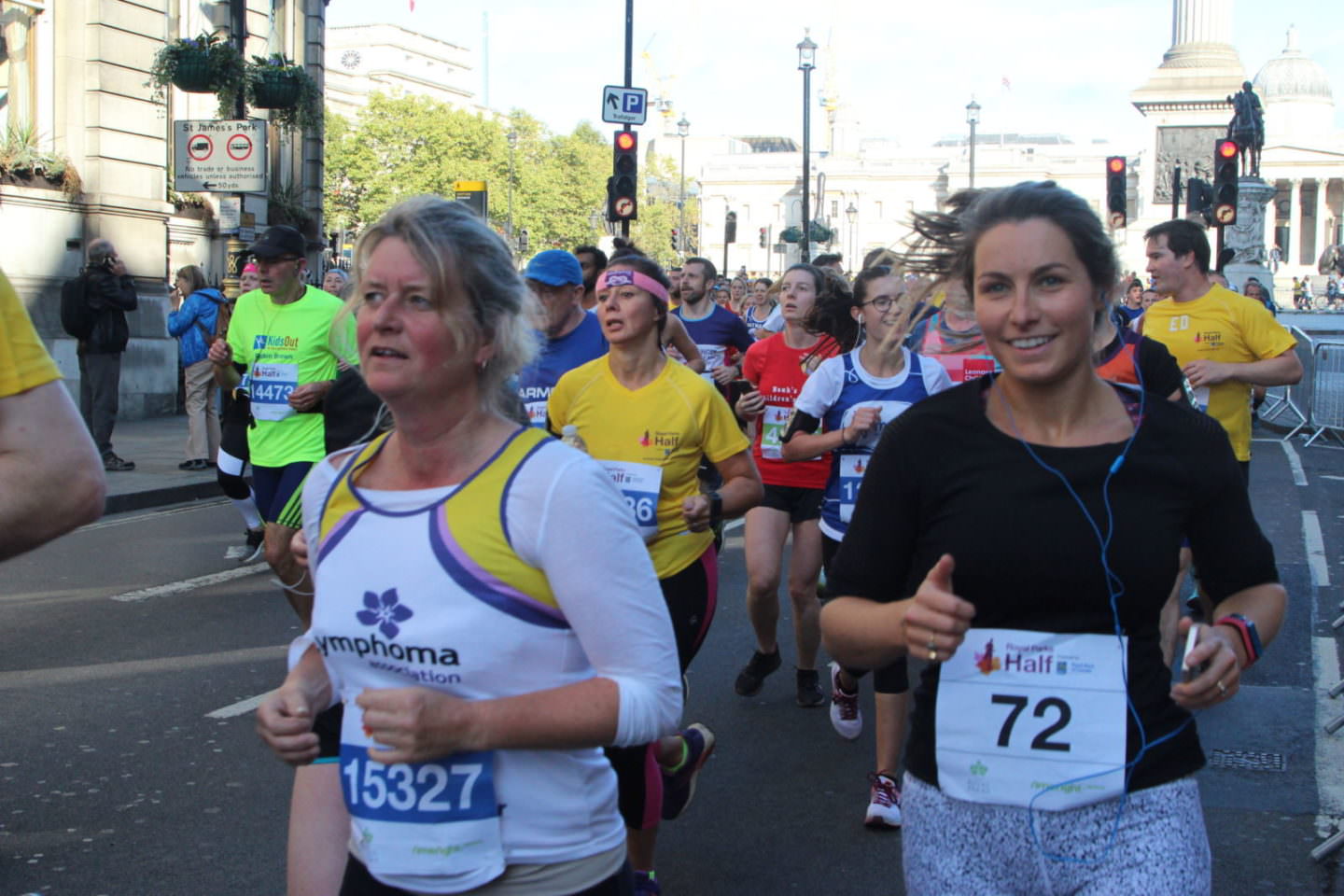 I’m not feeling too speedy right now (which is a story for another time) but decided to shoot for a comfortably hard pace for the race rather than to aim for a finish time.

Around mile 8 I started to get into my own head, comparing where I was in March when I ran my 1.47 half marathon PB on a really hilly course. But I love the Royal Parks course so I was able to take in my surroundings and enjoy the spectators (and my podcast!).

Unfortunately, the course was very overcrowded, and there were multiple occasions, particularly during the first 4 miles and during the twisty parts of the park that it became quite hard to find space to just run. My paces seemed to jump all over the place which probably didn’t help with my early fatigue. 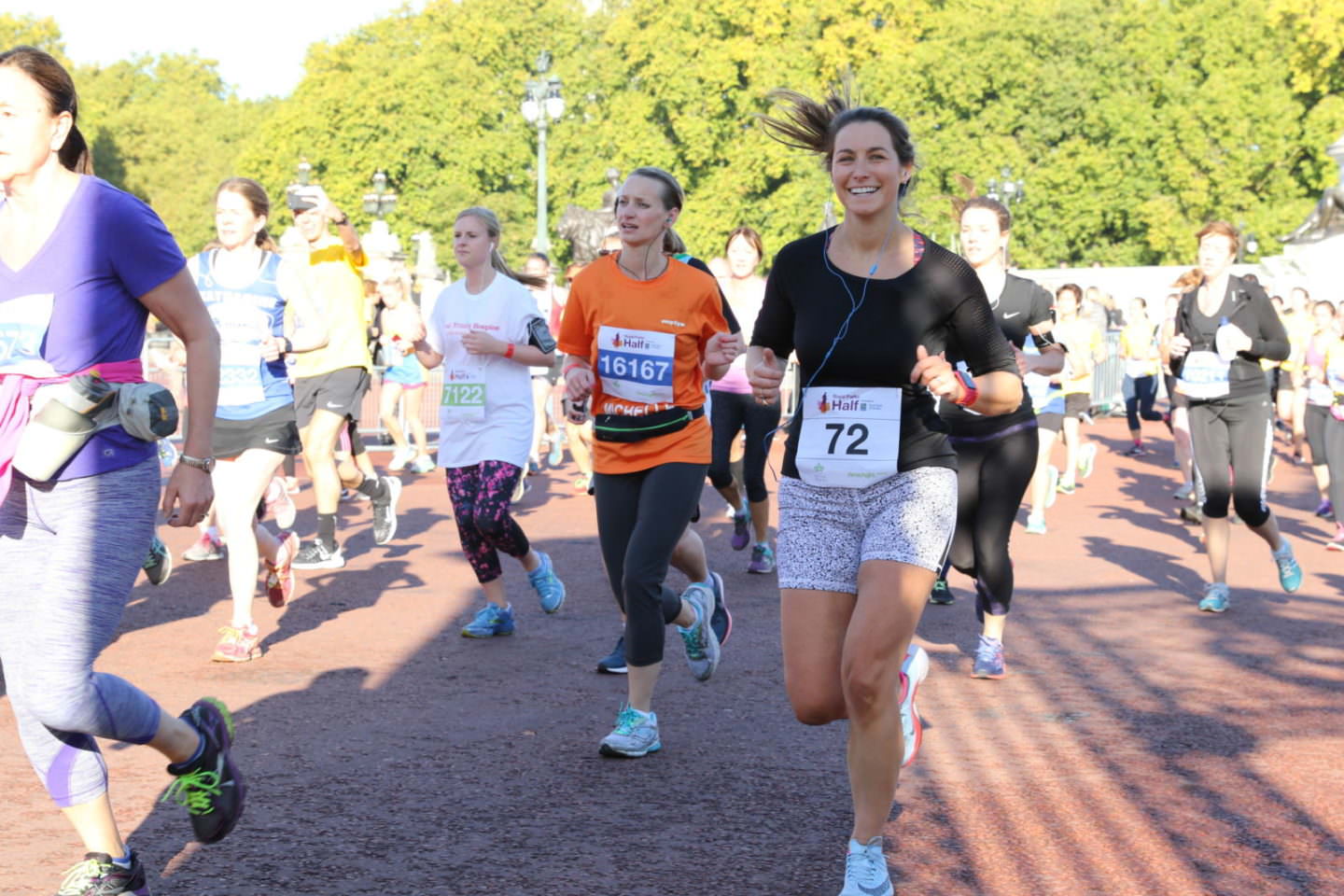 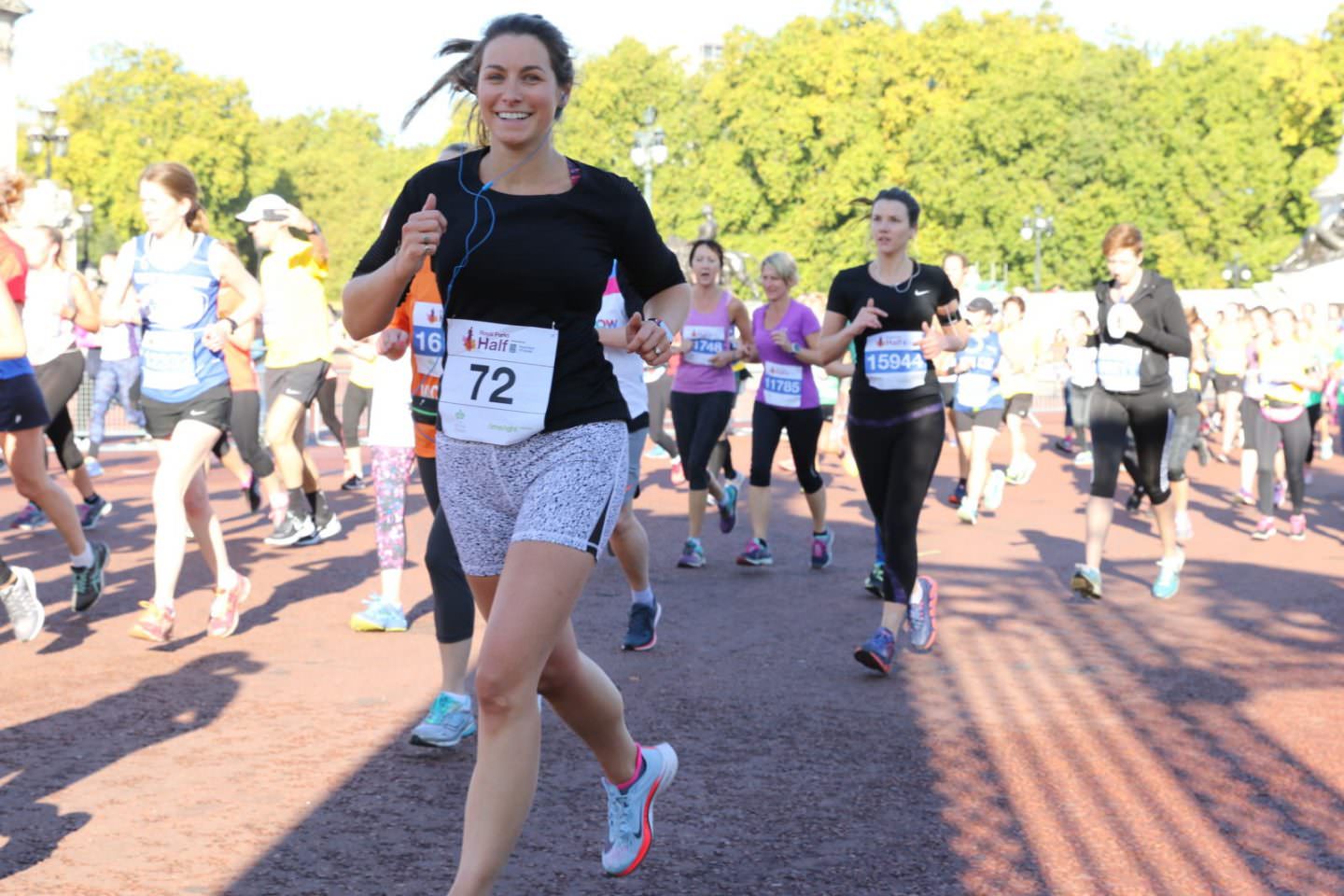 The miles were ticking slowly by and I focused on the little things, like the regular water stations giving out Pret water with sports tops making it really easy to drink, the Nike trainers I’m writing a review on and how they felt, and how proud I was of my friends racing all over the world that day.

I decided I could either feel despondent about losing so much speed, or use it as the kick up the bum I need to put my everything into my training and know that the next time I race, that I’m giving it my all. 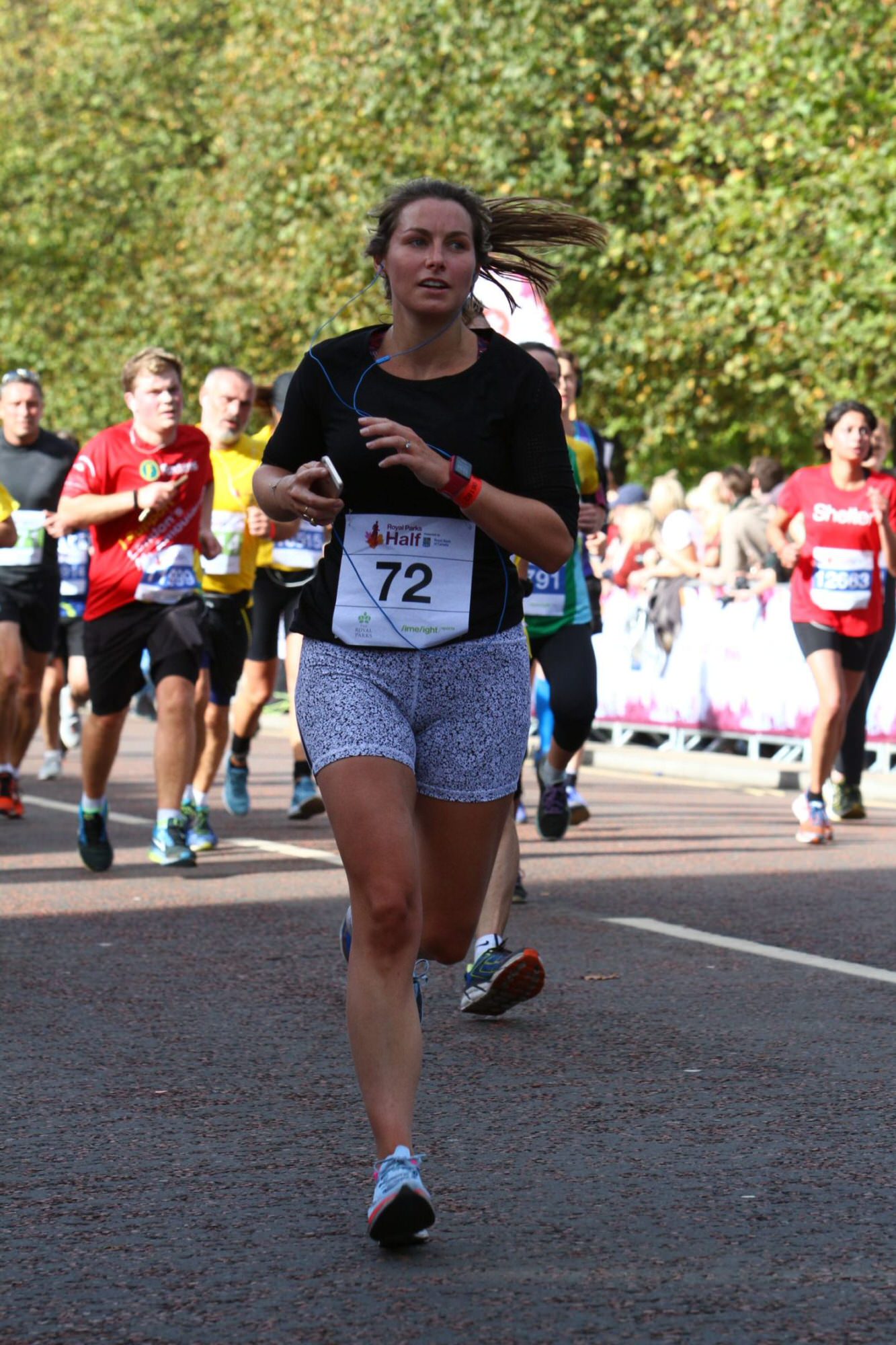 Running down the final straight, I saw one of Zoe’s friends which was a nice little boost. I feel like I run so many races that I don’t want to bother Tom, my friends, or my parents to come and watch me. Although I do have friends that run, I do wish sometimes that I had a close group of running friends or was part of a running club. 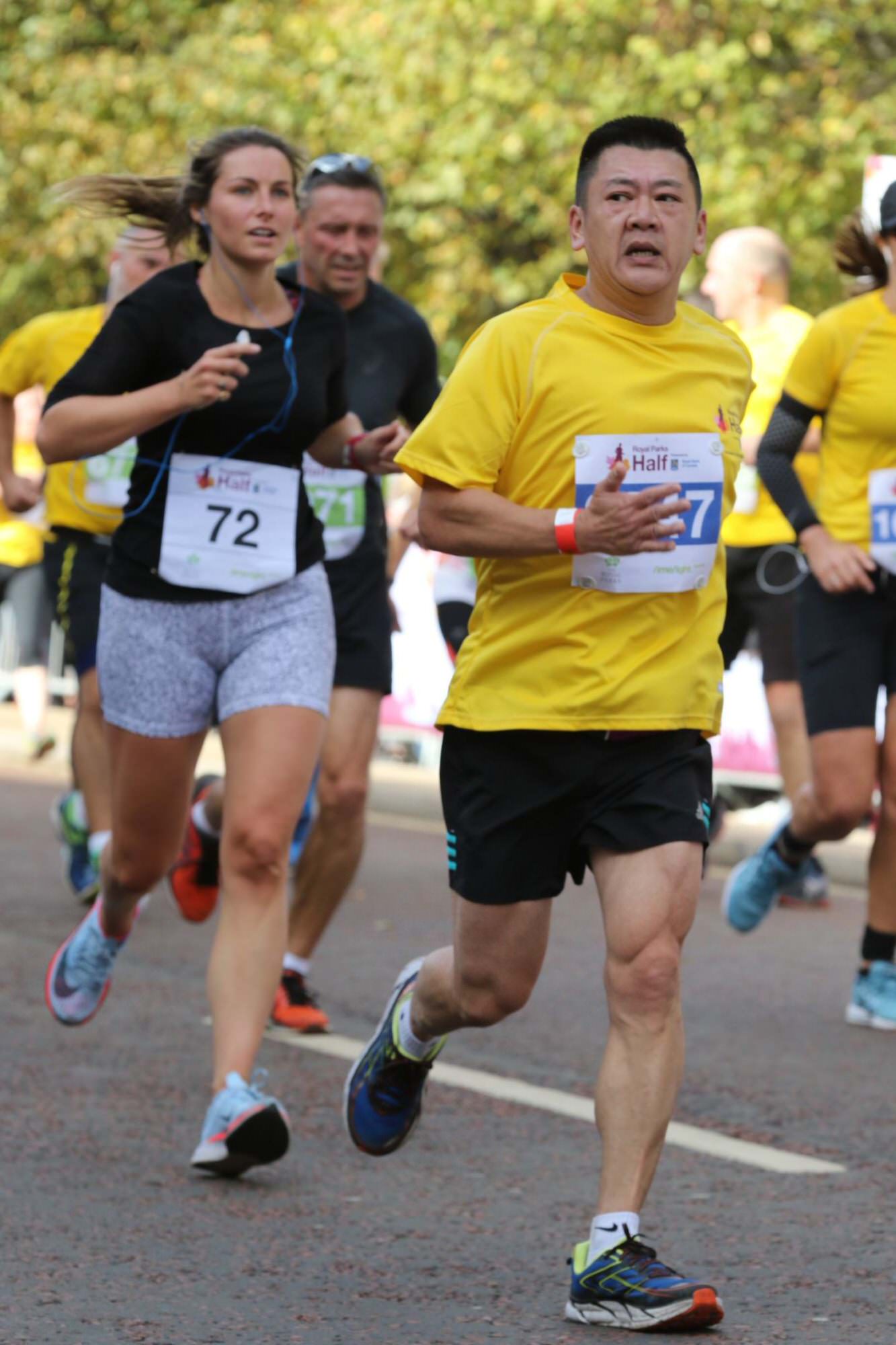 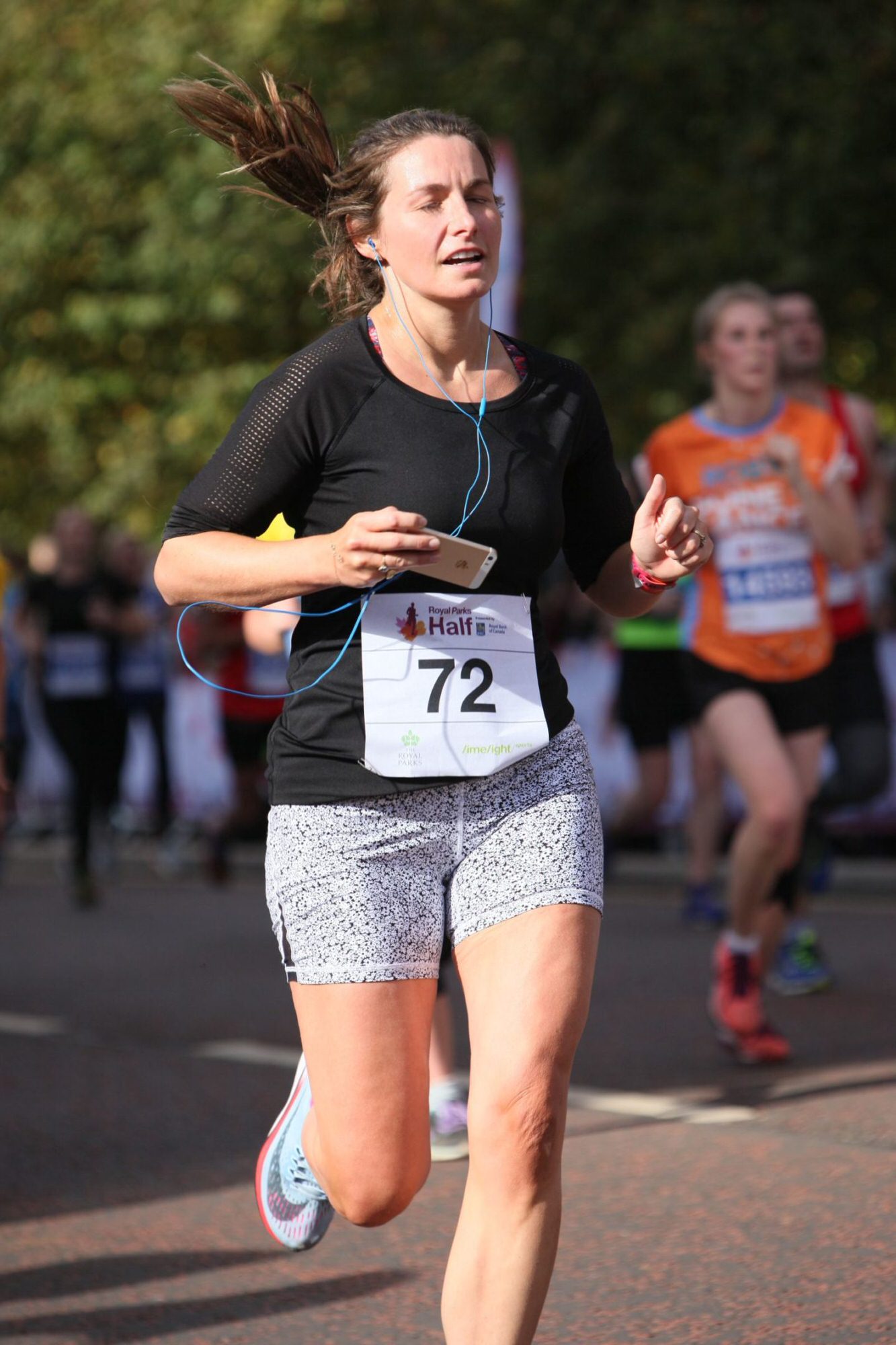 So thrilled to be finished in 1.55.48 – which although was only 90 seconds slower than last year, the efforts and enjoyment levels felt wildly different. Fired up to put that work in. 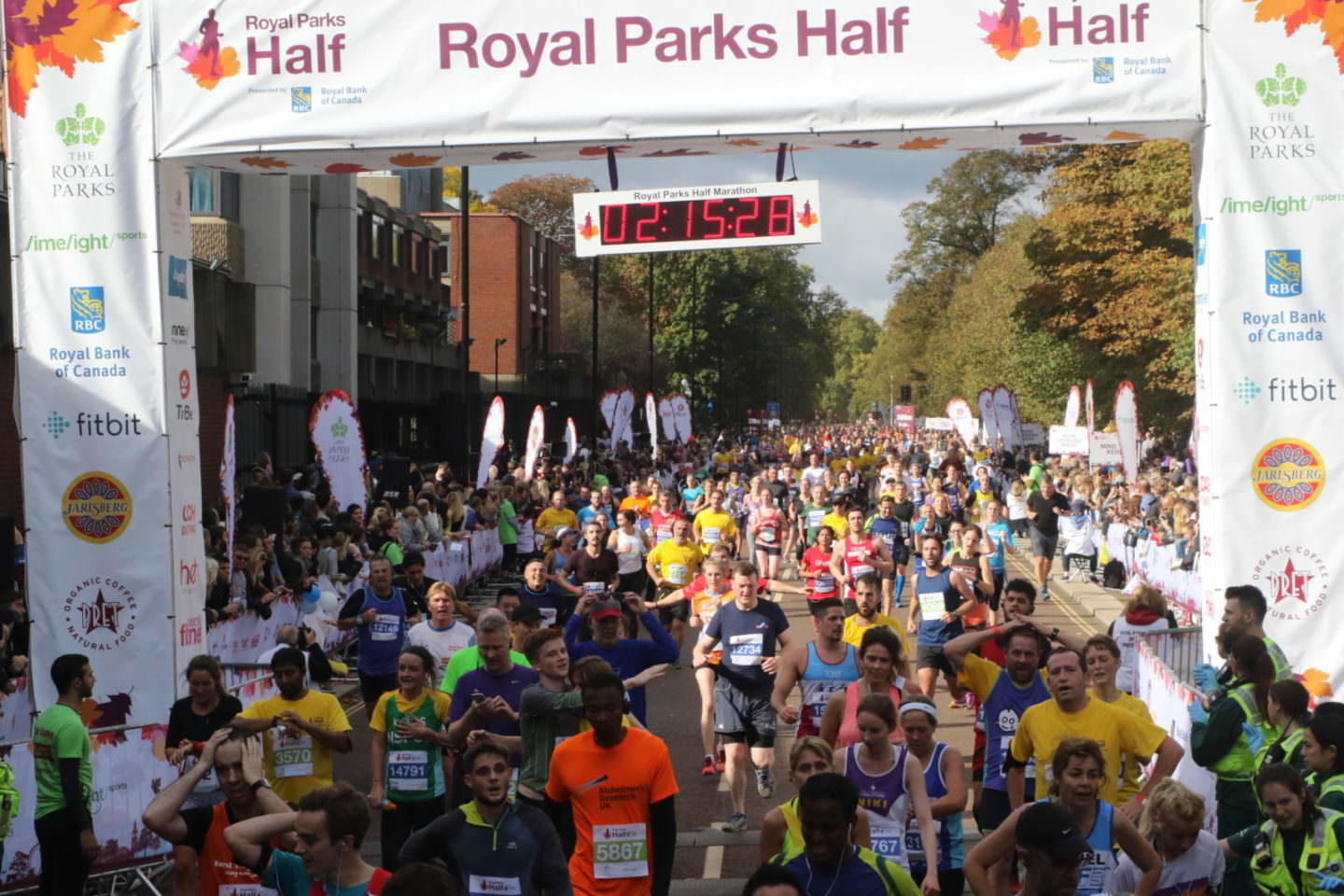 My only criticism of the race is that the goody bags were very disappointing this year, all we received was a bottle of water and a banana- I think there could have been more snacks on offer although I did like the idea of only taking what you wanted rather than being handed a bag full of rubbish.

Edited – apparently I missed the goody bag tent where you could queue to collect extra bits like drinks and sweets – thanks for the heads up averyhealthycaterpillar! 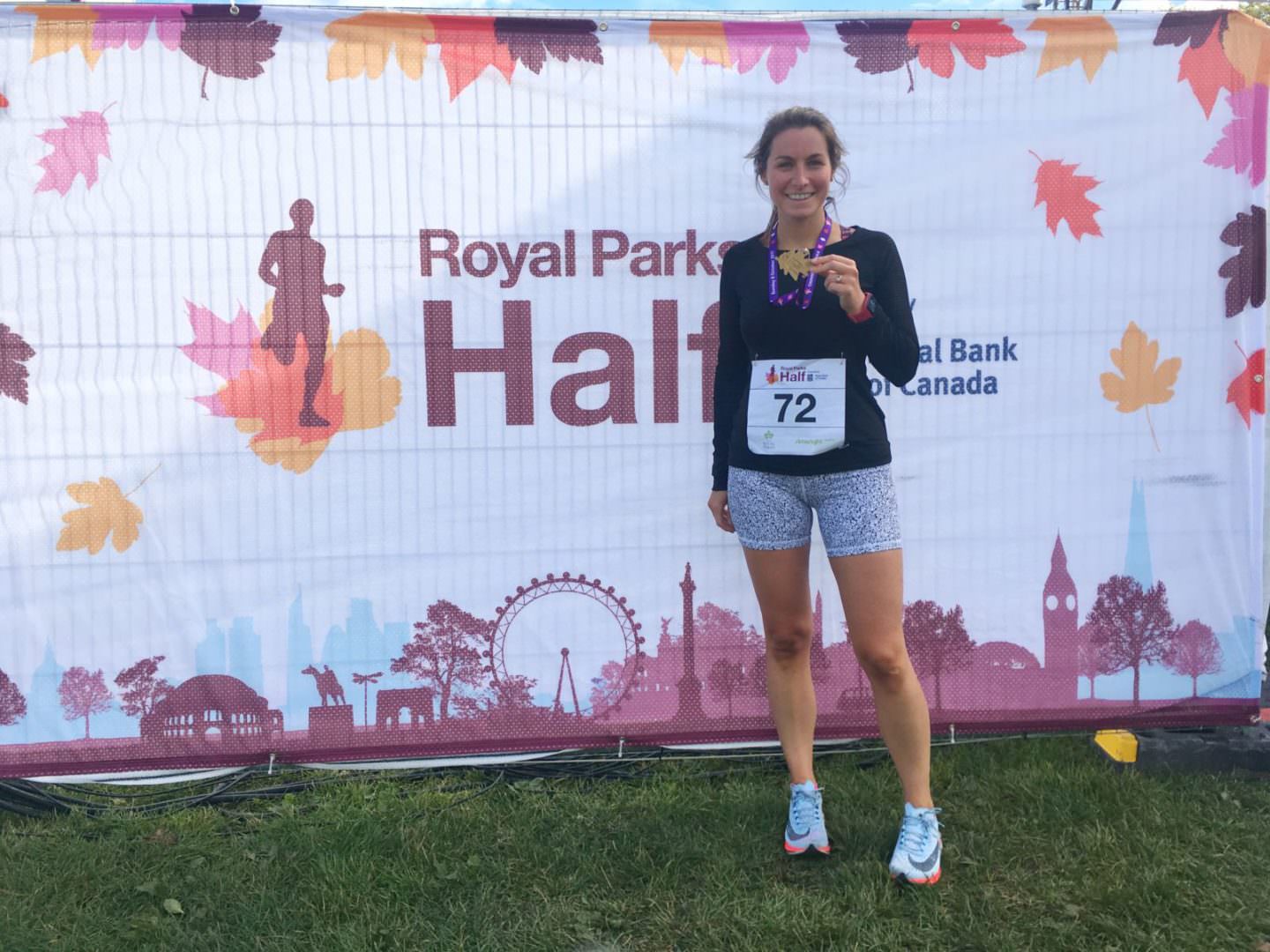 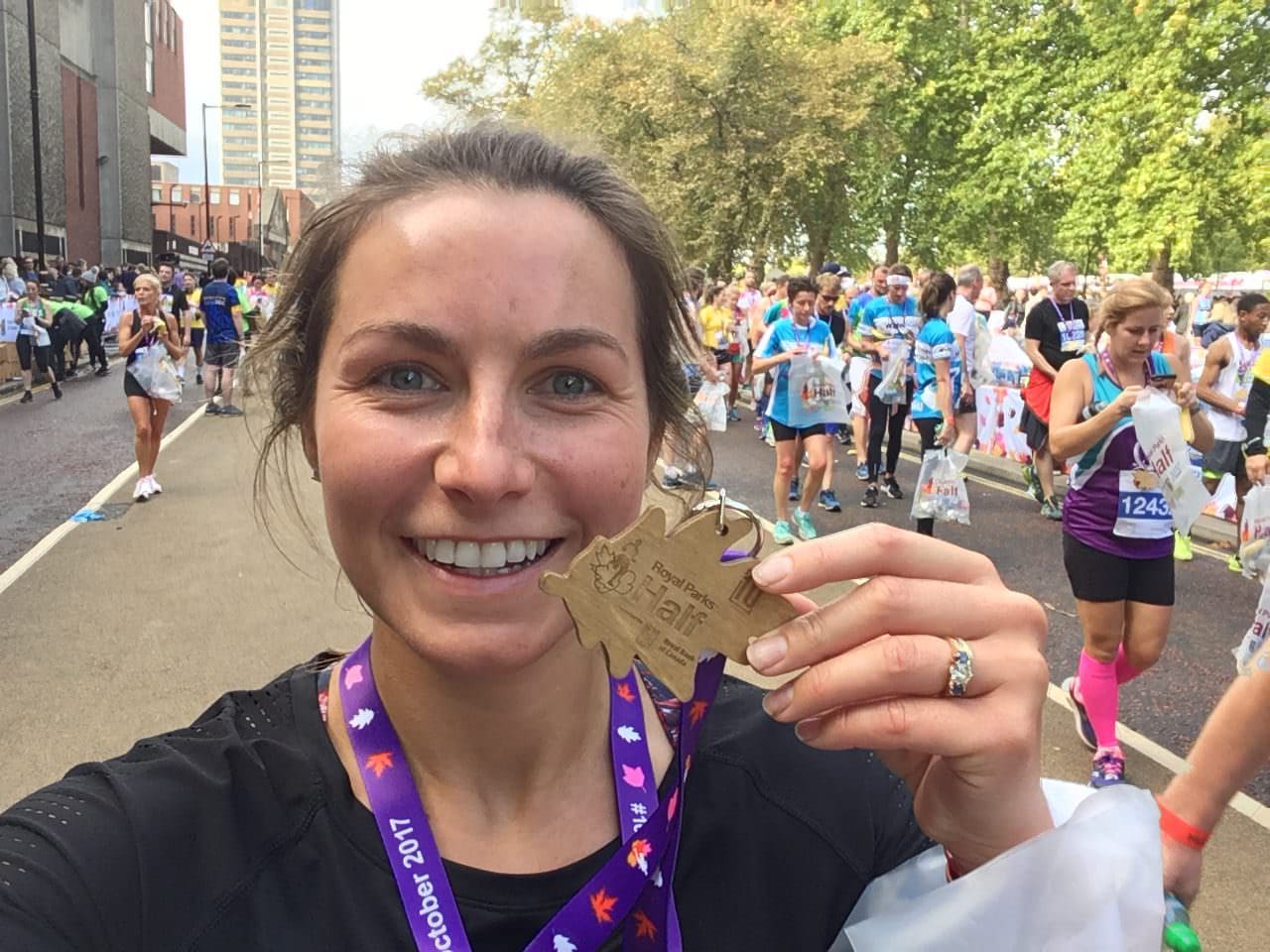