If you follow me on Instagram you’ll have seen that last weekend I was in NYC, visiting my friend Zoe, collecting my bridesmaid dresses and running the Queens 10K.

I’m not going to lie, when we were looking at the best weekend for a visit, we did check the race schedule, and New Balance kindly gave me a bib for the 10K.

Queens is not close to Zoe’s apartment so we opted for an extra lie in and took an Lyft to the start. They had two waves, with Darren starting the front wave at 7.45 and Zoe and I in the second wave at 8.15. NYRR take the time from your last/best race for your time, and so our New York Marathon time was given, giving us quite a slow predicted 10K time – although given the humidity and jet lag I was actually quite relieved.

The goal for the race – run together, chat and enjoy racing in NYC again. I’ve actually only ever run the marathon there before so it was fun to take on a shorter, less challenging distance this time around.

Our first mile was 9.13 – I was using my Strava (are you on Strava? Would love to be friends there) rather than watch so just ran on feel. Given the heat and the fact that neither of us have been training that much recently, we decided to slow it down a little. 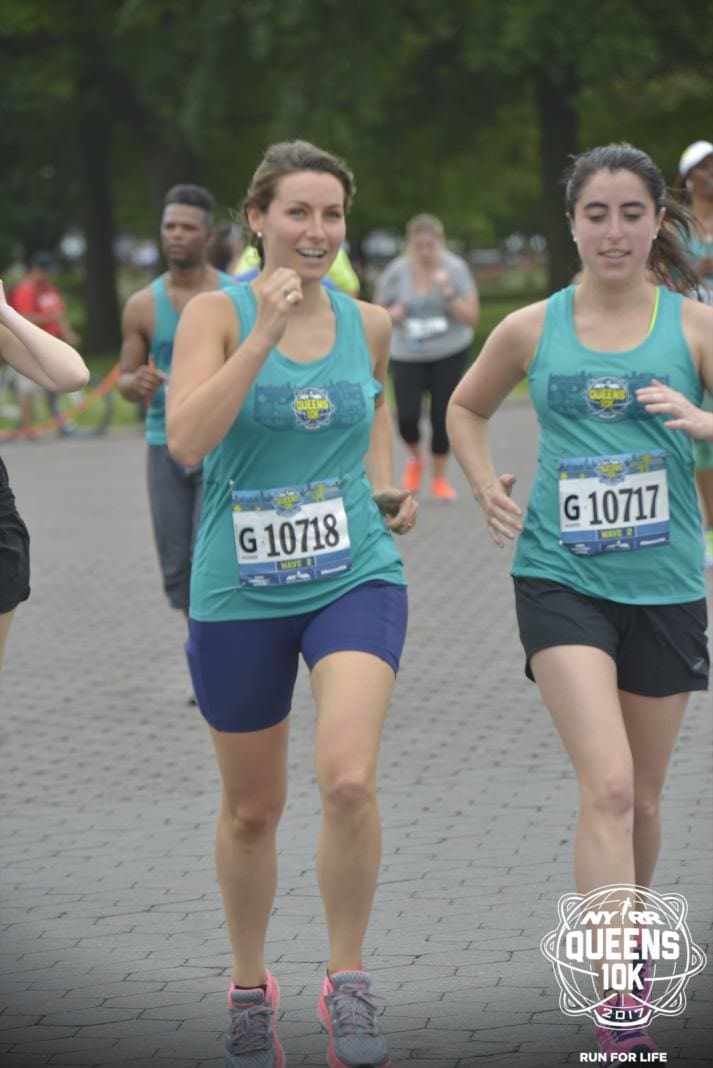 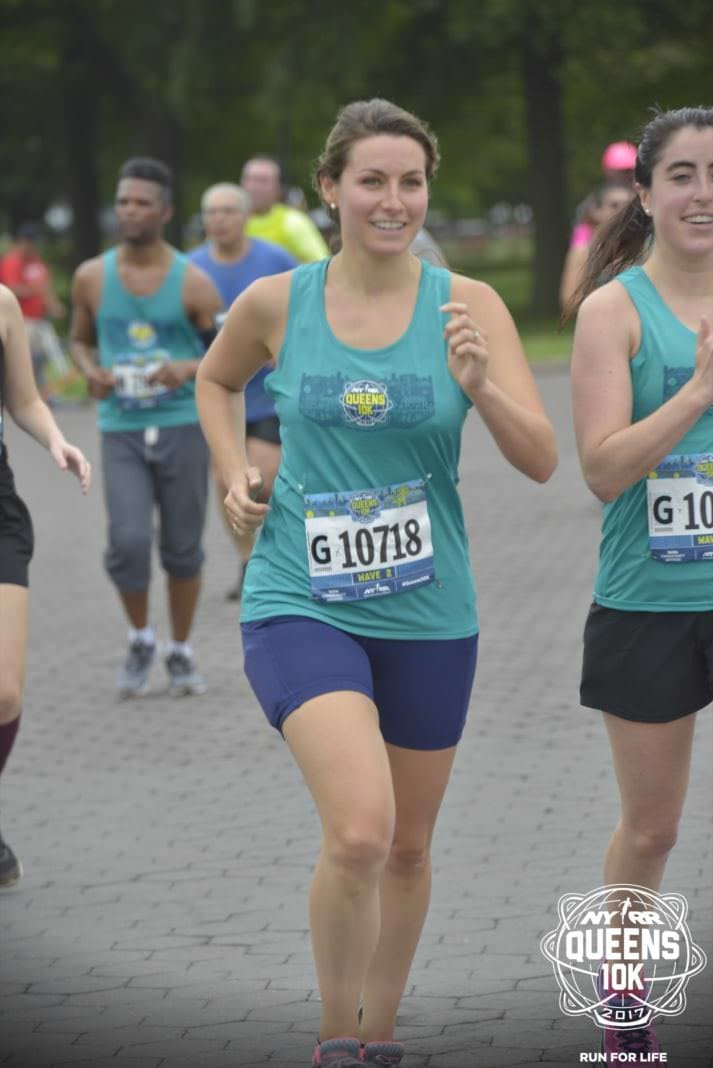 At halfway in a short race like the 10K, I always want to pick up the pace a little bit, which is exactly what we did. 8.59 for the fourth mile, 8.55 for the fifth and 8.44 for the sixth mile – even with a photo stop. It was such a fun way of catching up on life and get a photo from the infamous globe near Flushing Meadows (home of the US Open – definitely want to come back to watch some tennis there someday). 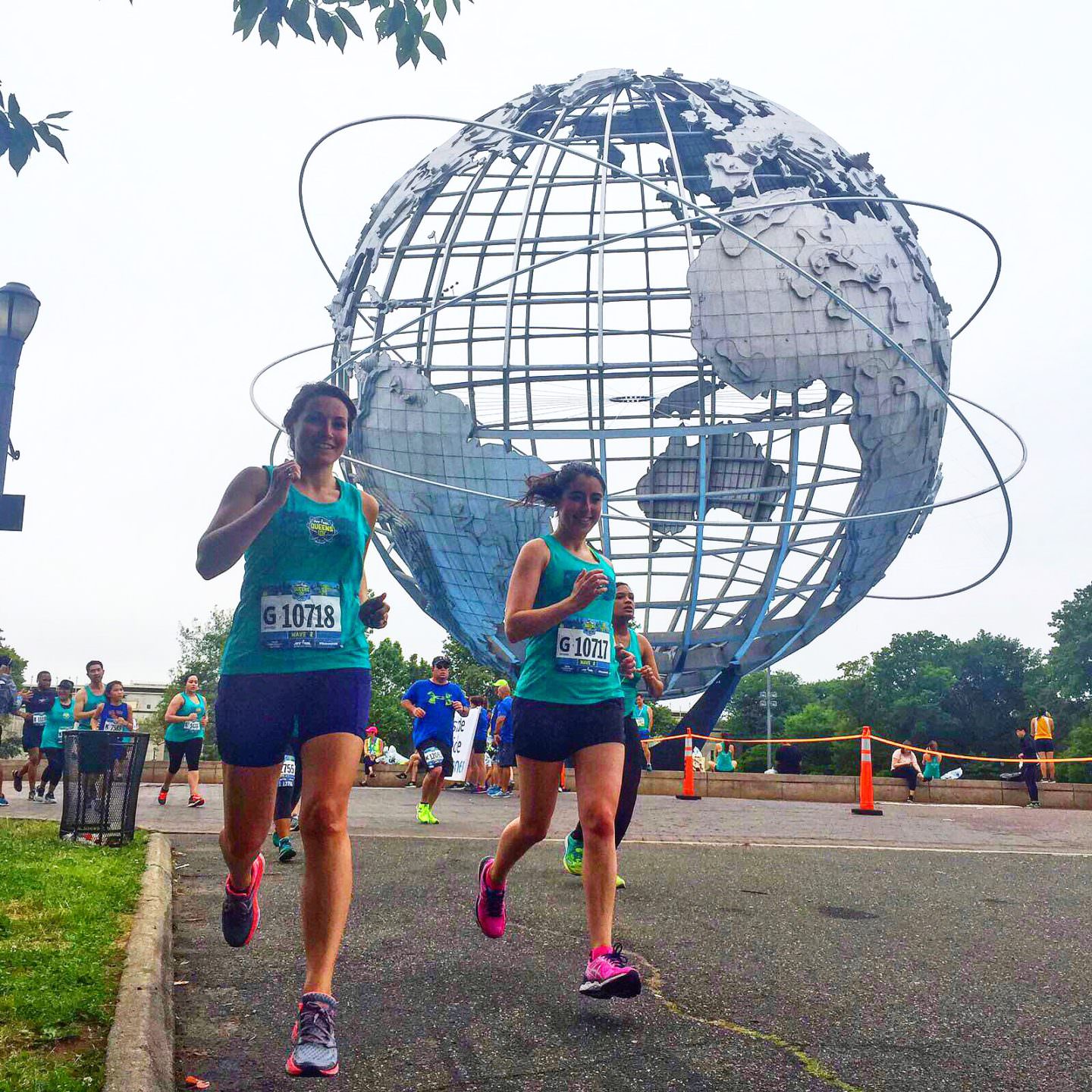 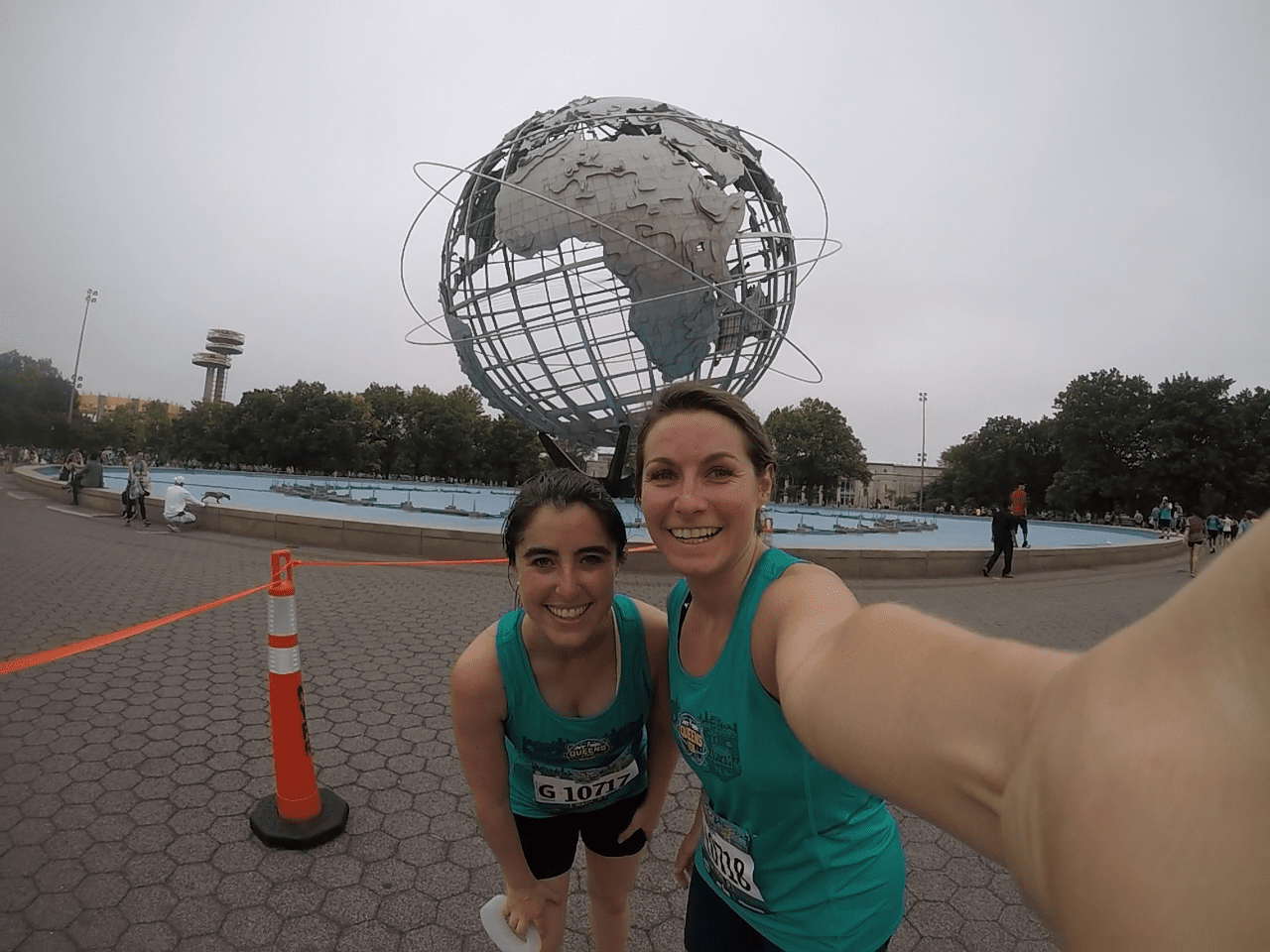 I’m pretty sure this is not what we were hoping the finishers photo to look like! Why are we holding hands in such a weird way?? 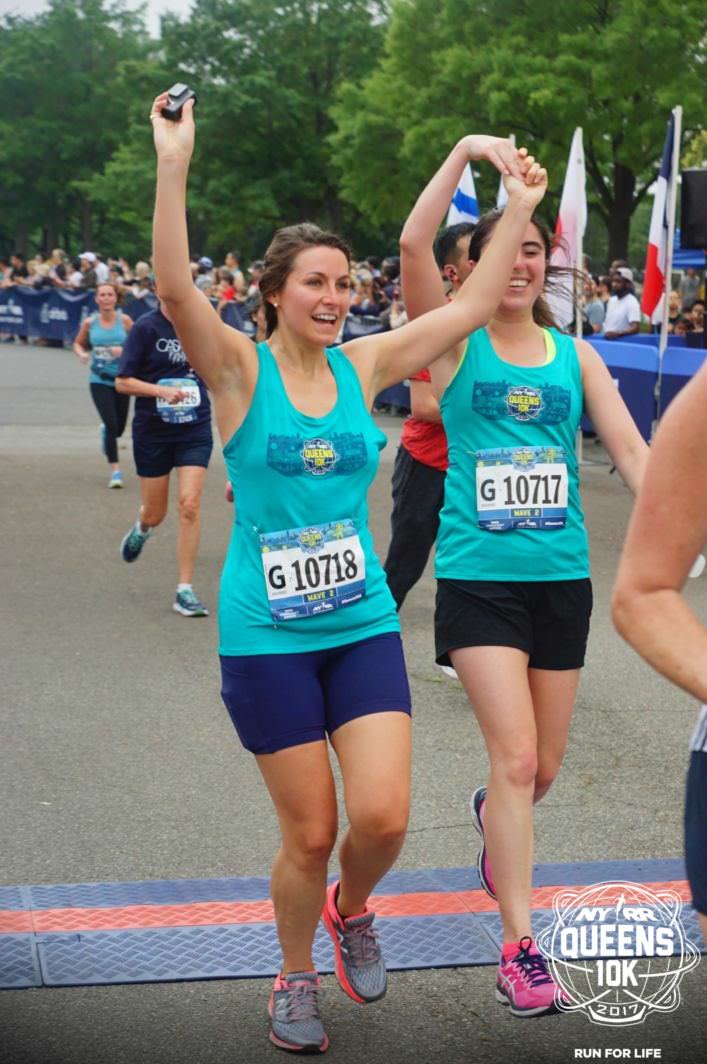 The race was very well organised, with two timed waves with corrals within each wave. I think there were water stops every mile (although it may have been every 2 miles), a finishers medal and goody bag plus bagels! I was actually surprised how pretty the route was, running around the park of Flushing Meadows rather than through the streets of Queens. Well worth running if you live in the area or are visiting NYC that weekend.

Post race, all we wanted was breakfast. Unsurprisingly Queens is not the home of trendy brunch spots but it did have some awesome old school diners where we were able to enjoy pancakes and coffee (and experience possibly the strangest collage menu ever including photos of children faces next to the kids menu, and the option of viagra and eggs?!)

I’d love you to watch my short video from the Queens 10K race – and don’t forget to subscribe to my Youtube channel here.