Lets rewind a couple of days before Skydiving, we were driving from Akaroa to Wanaka after the swimming with dolphins.

We stopped for a coffee and piece of cake, something that has happened most days on this trip!! I’m not complaining but I think the cake at 11 o clock will have to stop once we get back home. 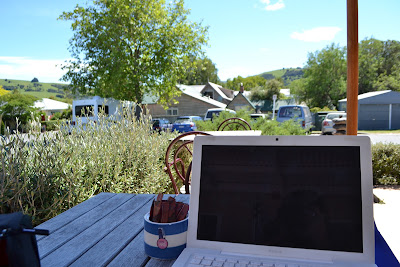 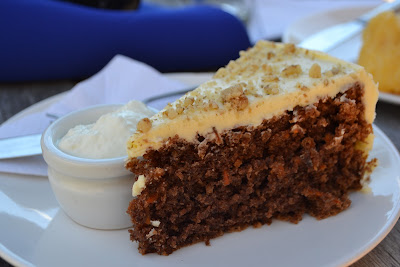 I made sure to try a little of Dave’s carrot cake before I ordered mine; got to be sure it’s worth the calories!

We then hit the road for the long drive. We drove along the very windy Banks Peninsula. There are little farm shops selling fresh produce from their houses scattered along the road. We were tempted into one to buy fresh asparagus, and also bought eggs and new potatoes. They were so fresh! 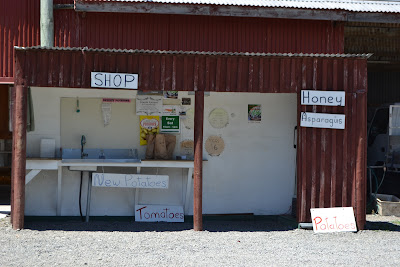 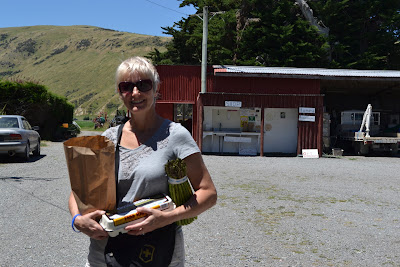 Our plan was to drive via Lake Tekapo and Lake Pukaki, and to find somewhere on the road for lunch. And we were in luck, we stopped in a small town called Rakaia, Salmon capital of New Zealand, apparently. They even had a giant salmon to celebrate their salmon success. 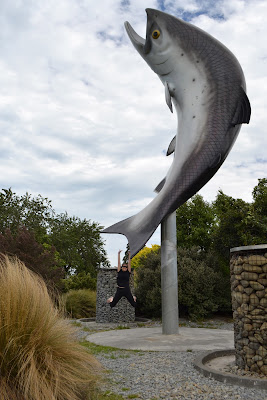 We opted to eat at Salmon World (well when in the Salmon capital of New Zealand) Their kitchen was closed when we arrived, but they kindly offered to re-open it for us and make us lunch. I enjoyed a delicious hot smoked salmon salad. Char chose hot salmon with greens and mash. They were delicious. 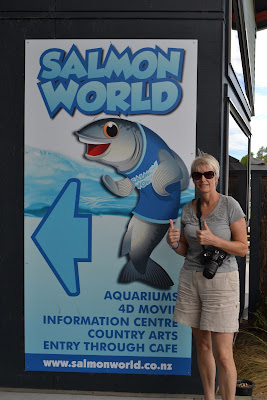 We were back in the car after not too long, and heading towards The Church of the Good Shepherd. The views on the drive were amazing. 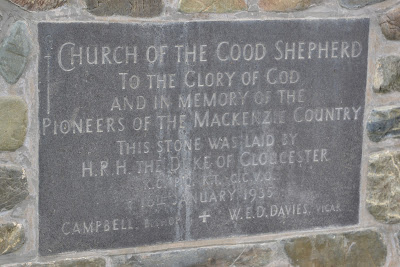 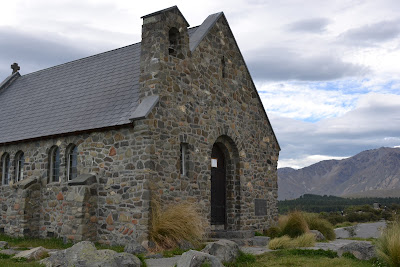 The church is situated on the shores of Lake Tekapo, almost in the middle of nowhere. It is a pretty small church built in 1935. Unfortunately the church was shut by the time we got there but we were able to look in. 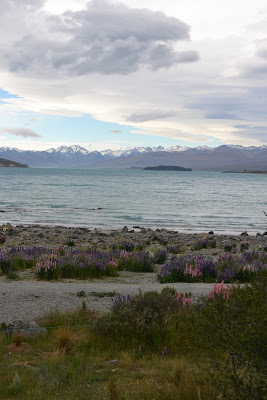 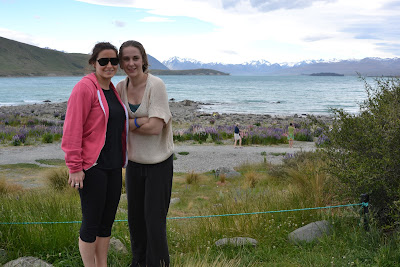 Alongside the church is a statue of a Sheep Dog. The statue is in memorial to honour the part the border collies played in farming the land around Lake Tekapo with the Scottish shepherds in the 19th century. Slightly weird but cute! 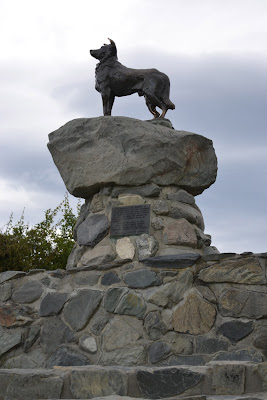 After Lake Tekapo, we stopped briefly at Lake Pukaki to take in the views, and also to stop at the cafe for a much needed cup of tea! The water was bright blue due to the glacial feed water. 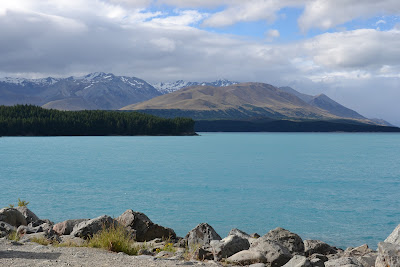 Both lakes were surrounded by beautiful wild lupins. After another few hours we arrived at our BandB for the night, Poppy’s in Lake Wanaka. It is run by Trish and her family, and they could not have been more helpful. We arrived around 9pm and were too tired to venture into town for something to eat. She kindly gave us some bread and beer (priorities) and we had scrambled egg on toast. Perfect. I would highly recommend staying at Poppy’s if you are in Wanaka. Although it is a little out of town, so you would need your own car, the view from the porch is amazing, and the little apartment has everything you need for self catering. 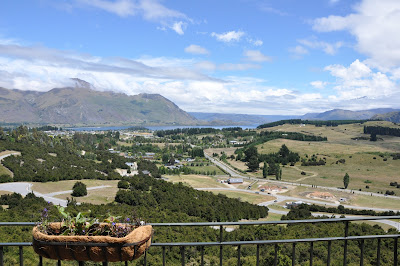