Number 9 on my Bucket List was to go Skydiving.

Well on the 19th December I completed this challenge from my bucket list! 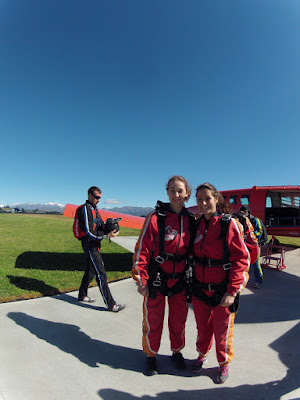 As soon as I had booked the trip to New Zealand, I knew it was something that I wanted to do out there. Wanaka is one of the best places in NZ to go skydiving, so why not there! It was Char’s 25th birthday while we were in Wanaka, and what a way to celebrate- by jumping out of a plane at 12,000ft! 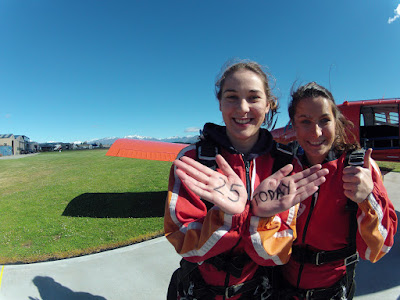 Originally we had planned to go skydiving on the 18th but unfortunately it was too windy, but luckily we were able to jump first thing the following morning.

We arrived at Skydive Wanaka around 9am and filled in all the necessary forms, as well as choosing the music to go on our videos. We watched a safety video and were all kitted out in a jumpsuit and safety harness and given a hat and goggles.

And then boarded the little red plane that would take us up to 12,000 ft…

The flight was pretty exciting and strangely I didn’t feel nervous at all, I just looked out of the window and enjoyed the scenery. I knew Char was a little scared so we held hands on our way up! We had to circle round and round to gain height.

Before I knew it the guy in front of us was out of the plane and we were getting ready to go!!! 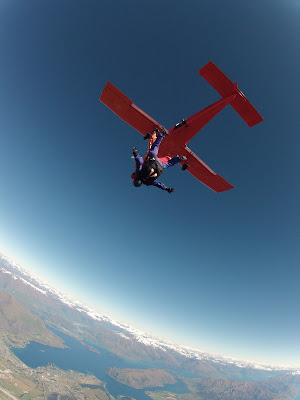 Char was out first and I watched her disappear below as I hung over the edge of the plane- still no nerves but talk about adrenaline pumping! 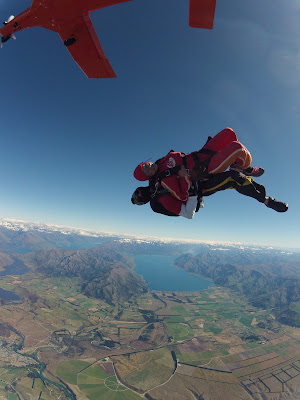 I had been told by friends that had been skydiving before to just try and take it all in and enjoy it. 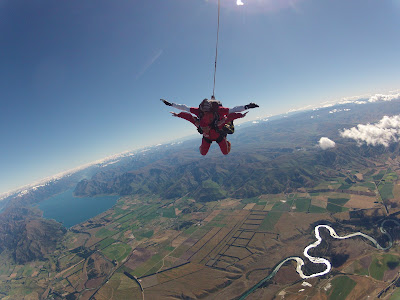 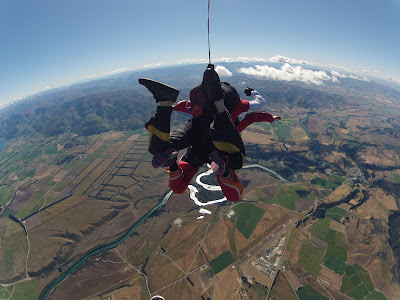 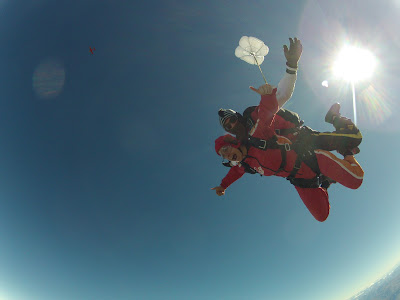 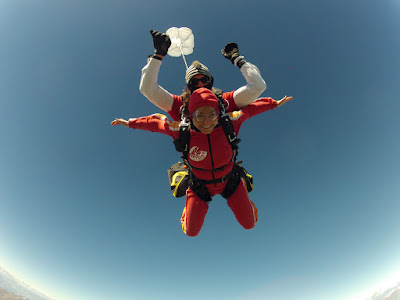 We had 45 seconds of freefall- which felt like ages, before the parachute was pulled and it was a slow gentle fall to the ground. 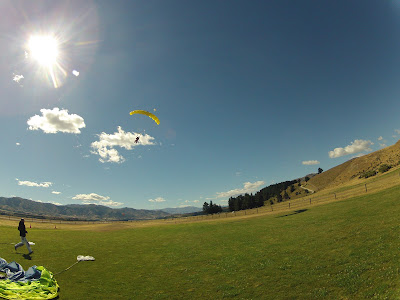 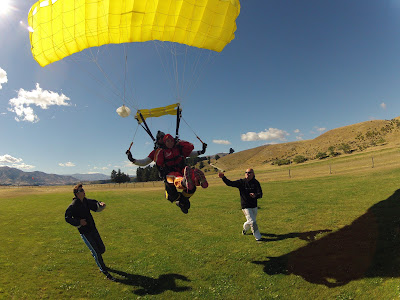 Our landing was so smooth! I felt like a bit of a pro landing on my feet.

I loved the skydive, it was amazing. The view was awesome and the adrenaline rush was insane. I recommend it to anyone that likes a bit of a rush or likes adventure activities, it really wasn’t as scary as I thought it would be!

And even though she was nervous, I think Char enjoyed it too… 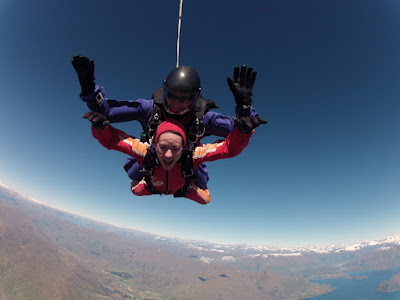 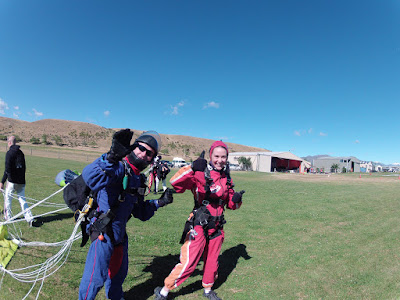 Check out my hilarious video- some amazing faces being pulled up there!