Wanaka is a small town located on the shores of Lake Wanaka, roughly in the middle of the South Island in New Zealand.

Our first morning in Wanaka was spent ringing Skydive Wanaka  to see if we were able to skydive or if the conditions weren’t right. Unfortunately, they kept putting us off until eventually we were told that it was too windy to skydive. We decided not to waste the rest of the day and headed out for a walk around Lake Wanaka. 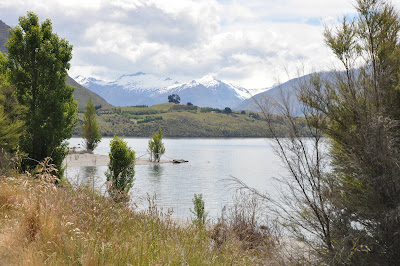 We walked around following the trail around to the left side of the lake. The weather was amazing, we were so lucky and the views were stunning. 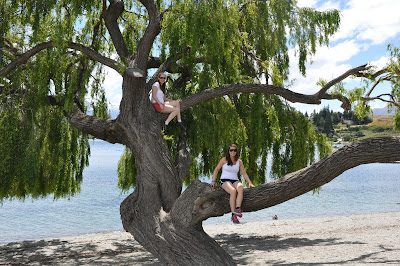 Char and I felt like kids climbing this tree and skimming rocks into the water. The most we managed were about 7 hops! I am definitely not as good as Char! 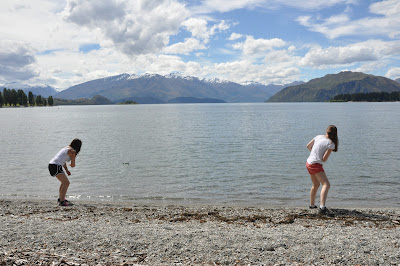 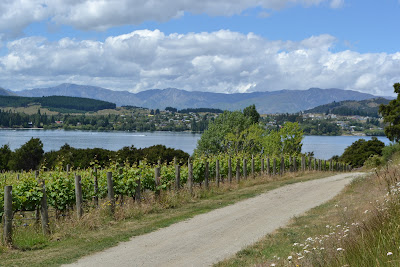 After walking for about 45 minutes we saw a sign advertising a Cellar Door- ie a vineyard open for public tastings. We were certainly keen. We followed the path up to the house to the vineyard, stopping briefly at the ‘Seat of Contemplation’, check out the views. I could have sat there all day- if there wasn’t wine to drink. 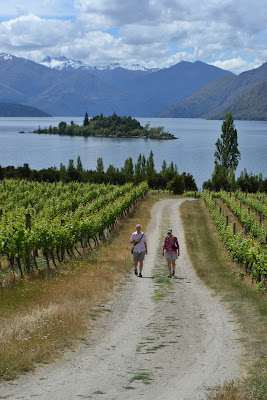 Although, unfortunately, for Char and I, there was no wine to be drunk. We didn’t have our ID’s with us so they wouldn’t serve us! Major fail. We opted for an apple juice and had to sit outside! 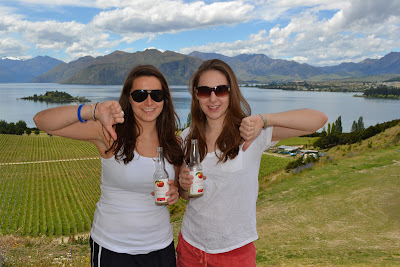 Mum and Dave tried a few glasses and bought a bottle of Sauvignon Blanc and a bottle of Riesling for us to try at supper. After the wine tasting disappointment, on our return to Wanaka we decided to treat ourselves to an ice-cream from Black Peak Gelato. So good! 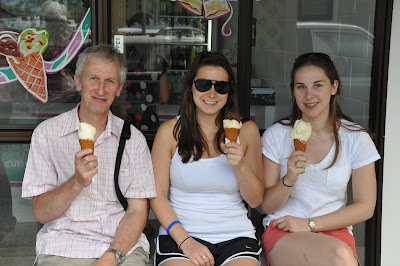 Char and I cooked steak with a mushroom and creme fraiche sauce, served with the new potatoes and asparagus that we had bought from the farmer. They were delicious. Totally over estimated how much asparagus to cook and our plates were overflowing with it! 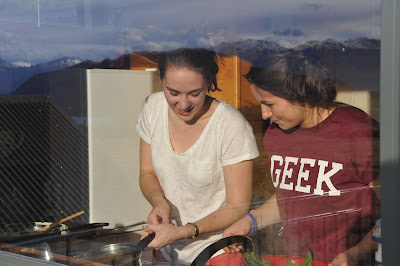 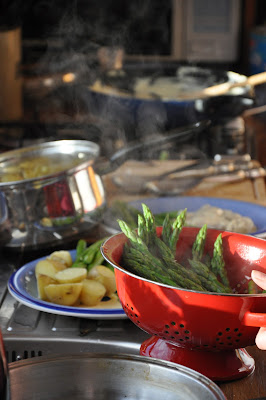 Sorry I am so behind on my blog- I have had a couple of days without internet, staying in a Rustler’s hut in the middle of a sheep station. More on that to come! Hope everyone had a great Christmas!