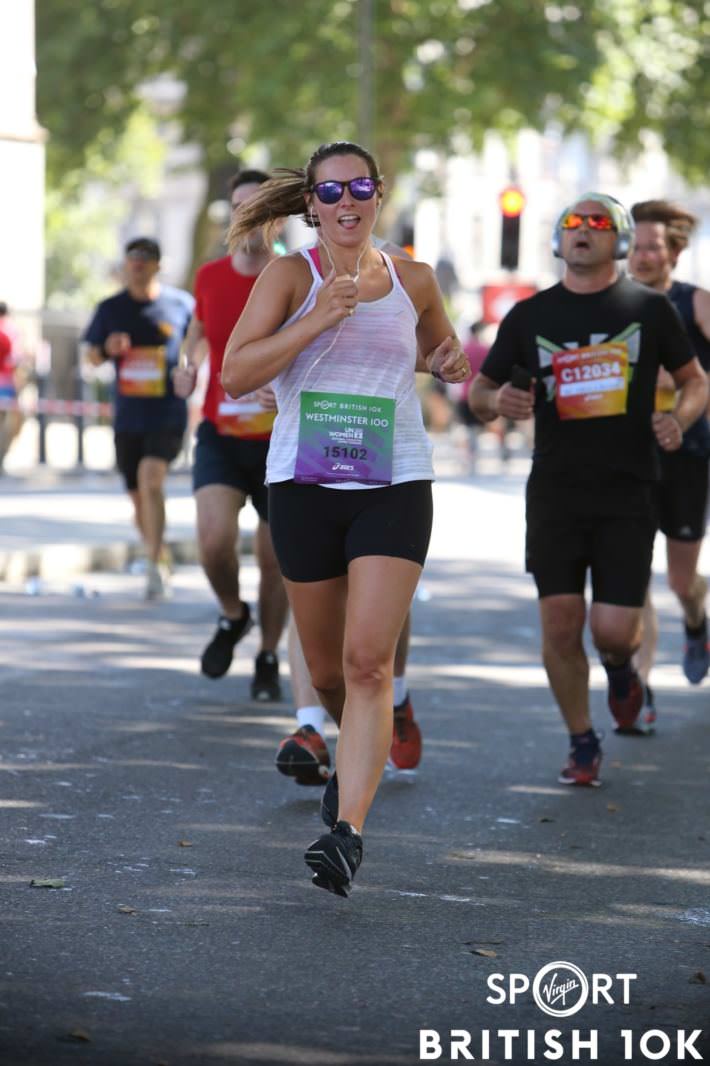 Whatever you call it, a PR/PB is your best time over a certain distance. Most runners know their marathon/half marathon/10K/5K PBs off the top of their head – or in particular the one they are working towards currently.

Before ‘racing’ a race, ie not using it as just a training run, I’ll usually look up what my best time is and see if I can beat it…

But what counts as beating your PB?

I put it out on Instagram that I’d seen a few people call their PB’s before a race actually finished. Ie. they said their PB was the time on the clock when they hit the distance marker. For a 10K, that would be at 6.2 miles according to the watch, rather than the race finish line.

You would hope that they would be similar, because a race course should have been accurately measured, however oftentimes we don’t run the exact tangents and end up running a little long/weaving around people. Here’s a great blog about ‘Racing the Line’ during a race.

Most people agreed with me…your race time is the time that you crossed the timing mat at the end of the race, and even then, the time on the watch isn’t your official time… the time the race texts/emails you is your OFFICIAL time, and therefore counts as the PB.

Interestingly, and I’m on the same page, most of you said that if a course was long, you would count that as your PB, but if the course was was short, you wouldn’t! Courses have to be at least the race distance in length to be an official race, however if it’s even a few inches/cm under, then it doesn’t count, so apparently some races build in a tiny bit of ‘breathing space’ to ensure their race is not short. 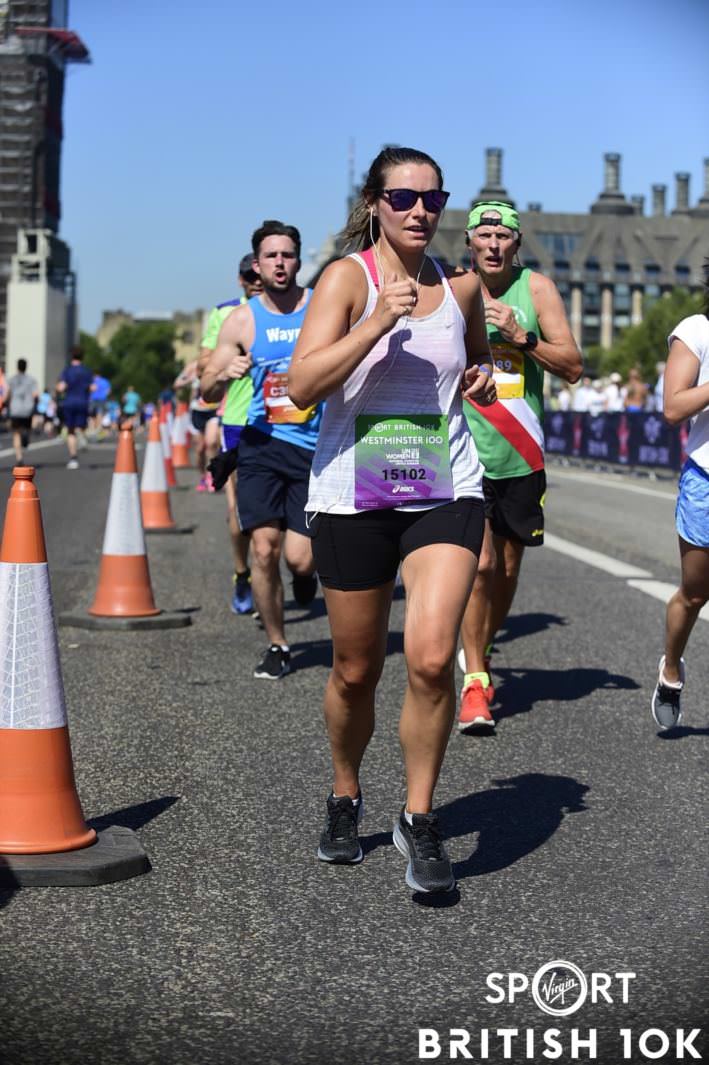 A couple of people did respond to my question though, which i totally appreciated them getting back to me and sharing their point of view.

If it’s a PB in training, does it count? For me, it doesn’t but a couple of you do count your training logged PBs as your official ones.

I loved one lady’s response saying that the 10K is the race she’s working on in particular, and she uses the watch time to mark her progress, noting down the time that her watch hits 10K for reference because she’s run a number of races that are the courses have come out longer than 6.2 miles, like 6.6/6.7 miles. She explained that she uses her watch time on her Strava but also includes the official chip time in the title. I can totally understand this want to progress on a certain time.

Another runner explained that she stops the watch because she doesn’t feel like a long course reflects an accurate half marathon and then she can pause for bathroom breaks if needed.

Bathroom breaks… I count mine within my finish time and don’t pause my watch in the portaloo during races (although i definitely do on training runs!) Its why I peed my shorts during the Boston Marathon (read my race recap here). 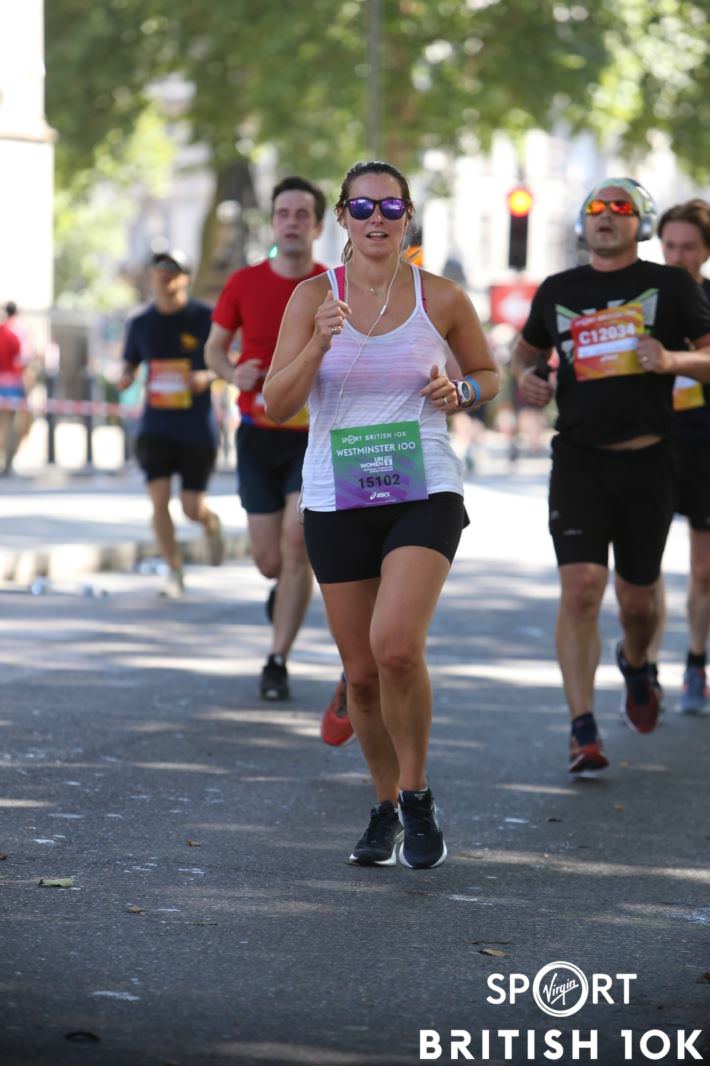 For elites and according to sports governing bodies, it’s actually the gun time that should count. Although for most this will be signifincatly over their chip time, given that most of us don’t start a race as soon as the gun goes off (and in some cases, it’s takes the back wave an hour or so to begin!). Chip times were actually only introduced in 1994!

One of the problems with using GPS is that watches can be off…tall buildings, trees, tunnels – they can all interfere with the GPS. In fact, it seems like this summer a lot of GPS watches have been all over the place – miscalculating distances and throwing out paces from 3.45-18 min miles. Or you can accidentally switch the distance to KM like I did yesterday!

For those unfamiliar with parkrun, they don’t use chips, rather they use a start gun and a barcode to give you a time. I am very rarely right at the front of our parkrun (our local one is basically single file to start with), and since I usually start a few seconds after the gun, I have my own ‘parkrun PB’ category. For me, the parkrun doesn’t count as my 5K PB as it does in an official 5K race. But I could be alone on that one…

Personally, a PB for me only counts as my chip time in an official race, without pausing or stopping my watch early. No bathroom breaks, no cutting the course.

Would love to know your thoughts on this…