I have NO desire to run an ultra marathon. None. Ok, actually there is one that I want to run, but that’s it. I know you’re supposed to run them more slowly, that the food is better, and they can be a lot of fun. But it’s just not my bag. And I certainly don’t have any drive to take on the toughest multi day ultra races through the Sahara Desert.

A few of my friends are crazy enough to be taking on this challenge that started today, plus one very special Brit. Sir Ranulph Fiennes is attempting to become the oldest ever British runner to complete the 156 mile race.

I was invited along to one of Ranulph’s training session at Kingston University in the heat chamber to chat with him about his latest challenge. He’s taking on the world’s toughest foot race to raise money for Marie Curie. You can donate here to help him reach his £2.5 million target! 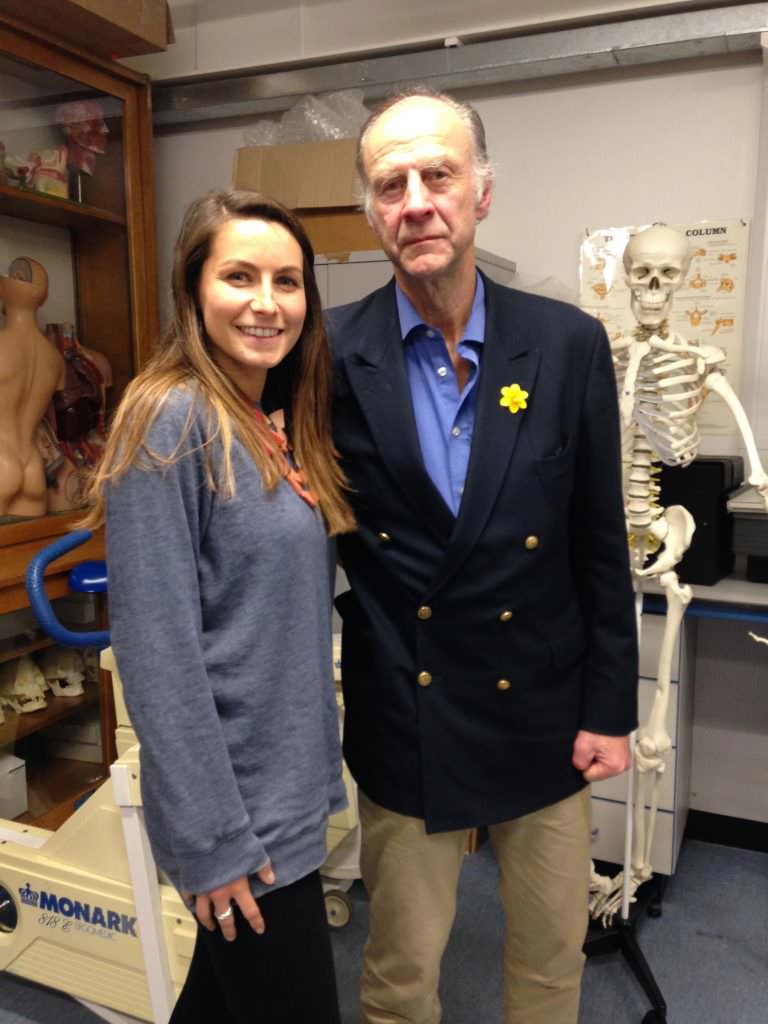 Ranulph spent 45 minutes in the heat chamber pacing on the treadmill in 40 degree heat whilst the team monitored his temperature, heart rate and exertion levels. After spending just a few minutes inside the heat chamber I was feeling rather uncomfortable- I cannot imagine having to run in 56 degree heat!

Ranulph seemed absolutely fine in the heat though, averaging 3.5 miles an hour- his pace plan for MdS. He is certainly in great shape for 71! They weighed him before and after the session to establish his hydration plan for MdS- it worked out that he should be taking 6 sips every 15 minutes. 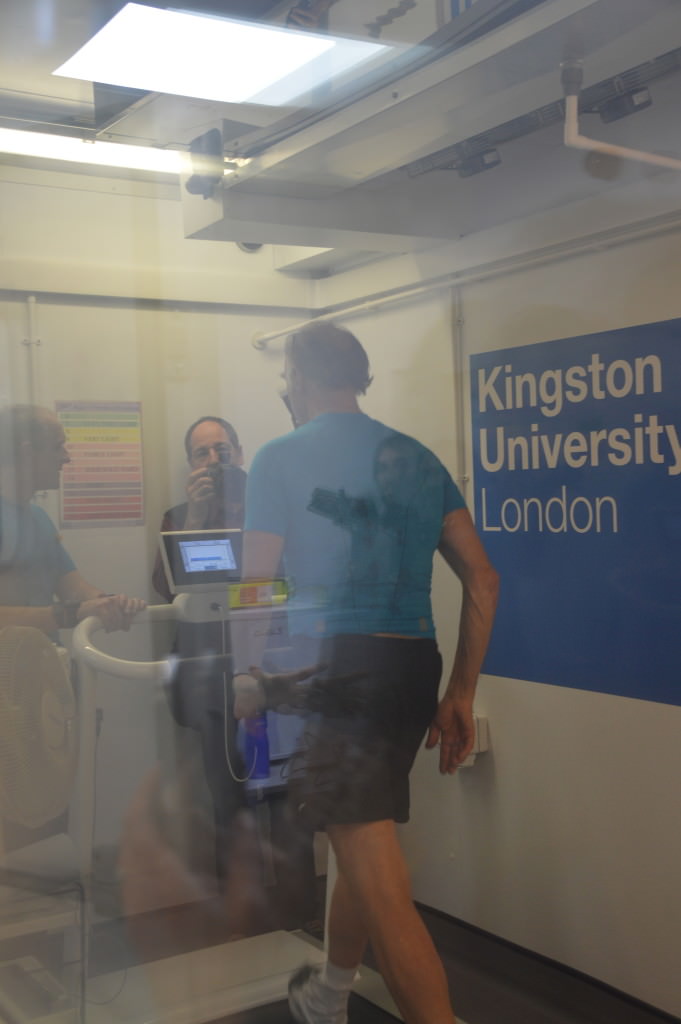 After his heat training a group of us were able to chat with Ranulph about his upcoming challenge, and a little about his previous adventures. 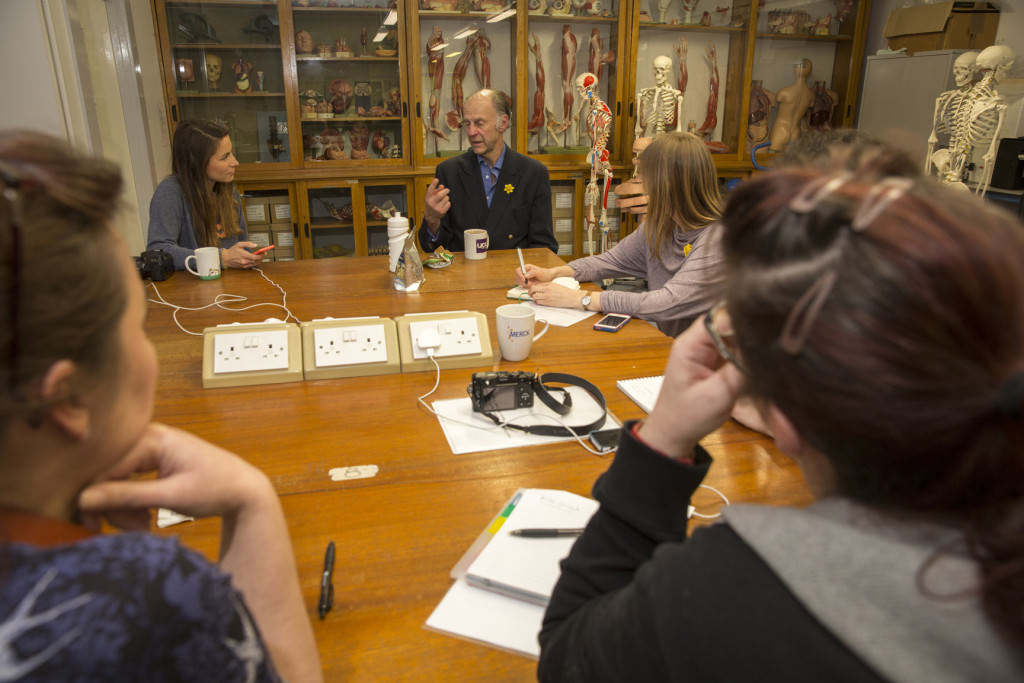 I think our group of bloggers all asked Ranulph questions relating to our own blogs/interest! I asked him what he rewards himself with after a long run, apparently he steals his daughter’s Maltezer rabbits with a cup of tea! He apparently doesn’t like running around Hyde Park anymore as he gets overtaken by most other runners, and feels like he’s shuffling rather than running. If I’m still running at 71, I will be thrilled, even if it’s just a shuffle!

Apparently Ran (yes, we were on nickname terms by the end of the day) has an ideas man that pitches adventure ideas to him- he’s up for anything as long as creepy crawlies aren’t involved.We asked him where he would like to go on his next adventure, and although he didn’t have a definitive answer, he did say he’d like to go back to Cape Town, where he was brought up. He does regret not crossing the Antarctic during the Polar Winter, but apparently there’s just too much equipment that the government requires you to take with you! 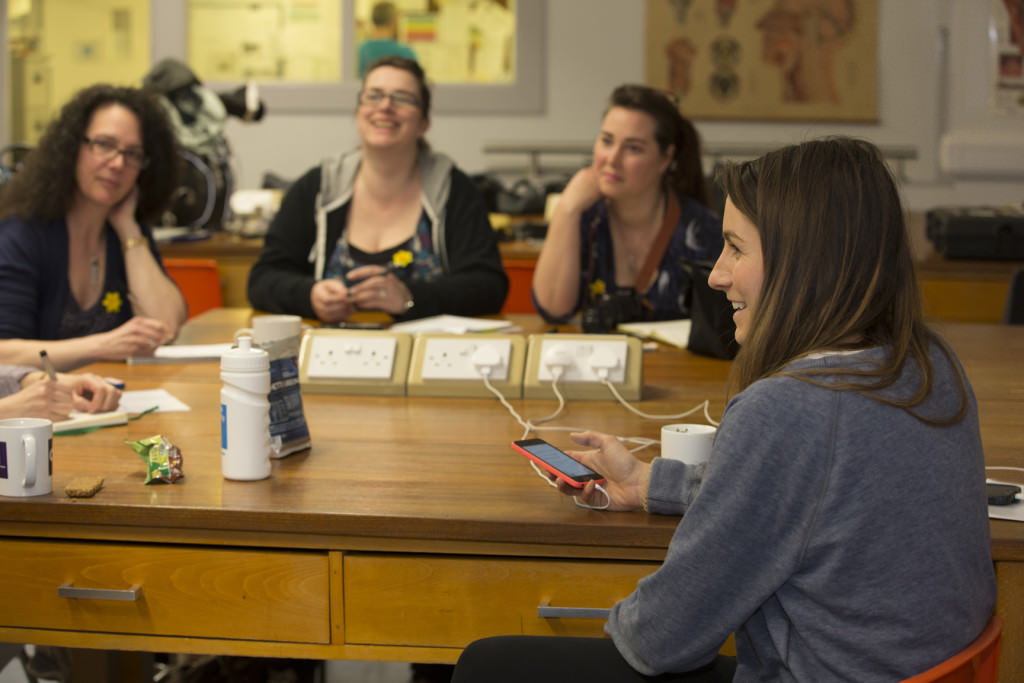 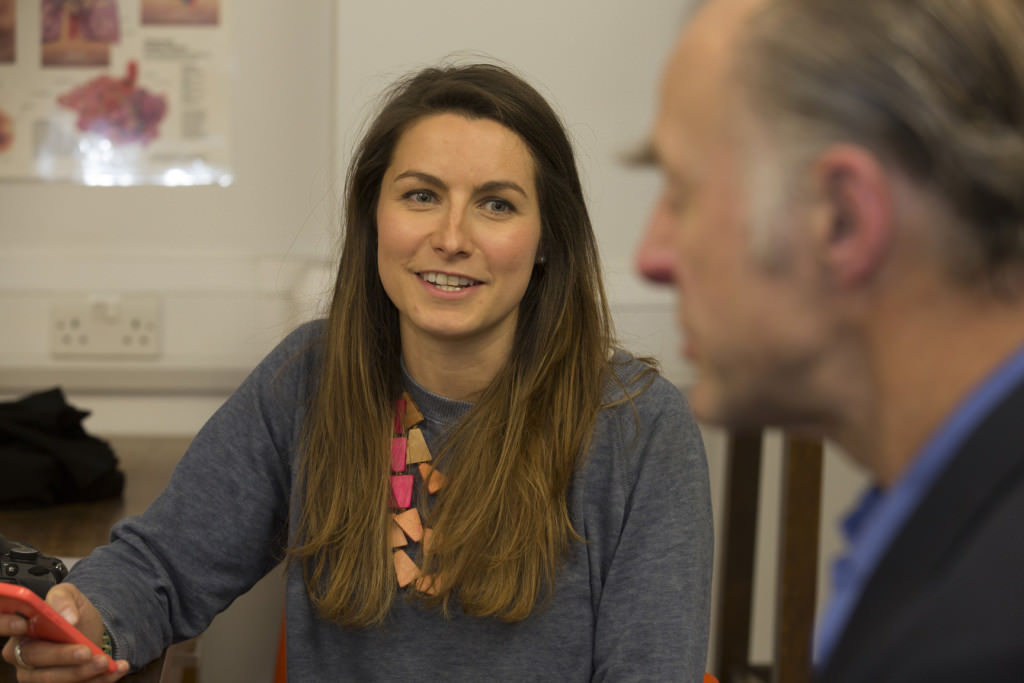 It was so inspiring meeting Ranulph, although I felt a little guilty that I hadn’t read his book, Cold. Apparently he’ll be writing a new one after MdS- obviously called Hot!

I asked Ran what advice he would give to wannabe young adventurers, his suggestion was to join the Royal Georgraphical Society, or the Scouts and to network with other would be adventurers. Find out what your skills are, and join a group that needs those skills!

If you want to follow Ranulph’s epic journey, you can follow the hashtag #runranrun – don’t forget to donate to his Just Giving page or you can donate £5 by texting RUN to 70007.