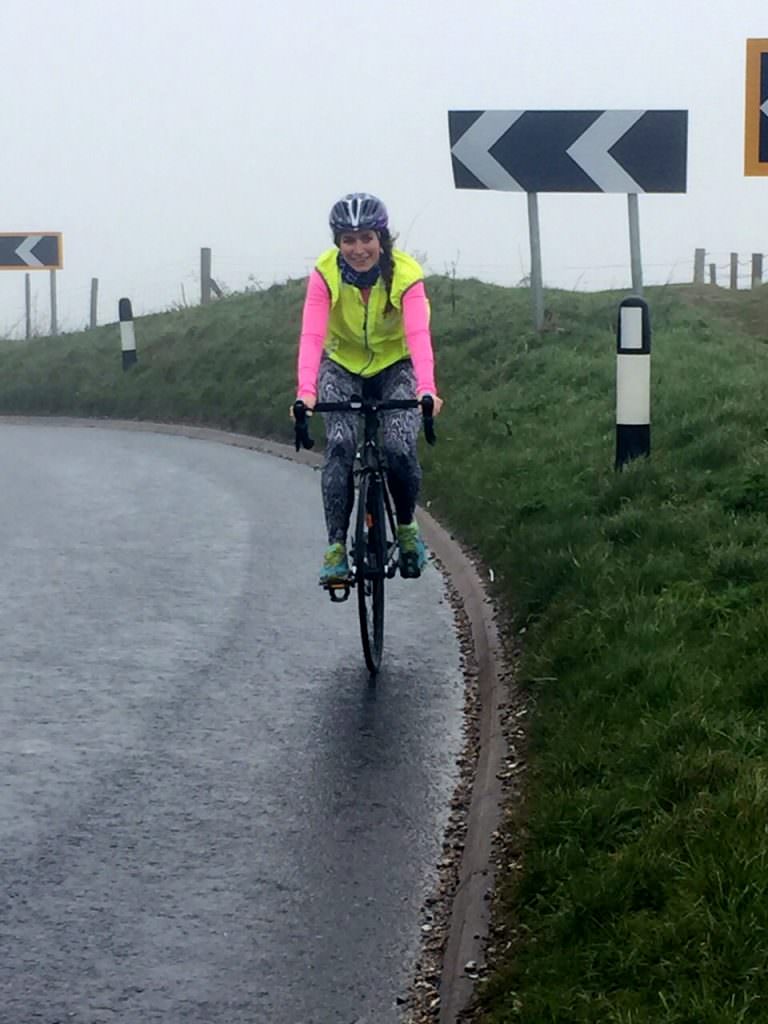 My new bike arrived on Thursday evening, and with some assembly from my mechanic (Tom), I was set to give it a test ride on Friday. This wasn’t a quick spin around the park however, the test ride was the 70 miles to Brighton with a group of friends.

This particular group of friends are very bikey, especially the boys, so although I worried about slowing them down (I did!) I knew that if anything was to go wrong with the bike, that I would be in safe hands.

I met two friends in Putney, about 3 miles from my flat, and was pretty uncomfortable on the new lower road bike handle bars. I had hoped that I could raise them, but turns out they are set like that, and I just had to lower my seat. I think I’ll take it into a proper bike shop to be fitted properly this week!!

We set off from Putney and cycled the 13 miles to Coulsdon, where I was given the great advice to ‘follow the cyclists- they always know where good cake and coffee are’. It worked, and we stopped for a coffee (and some homemade energy balls) at the Art Cafe and waited for two more friends to join us. 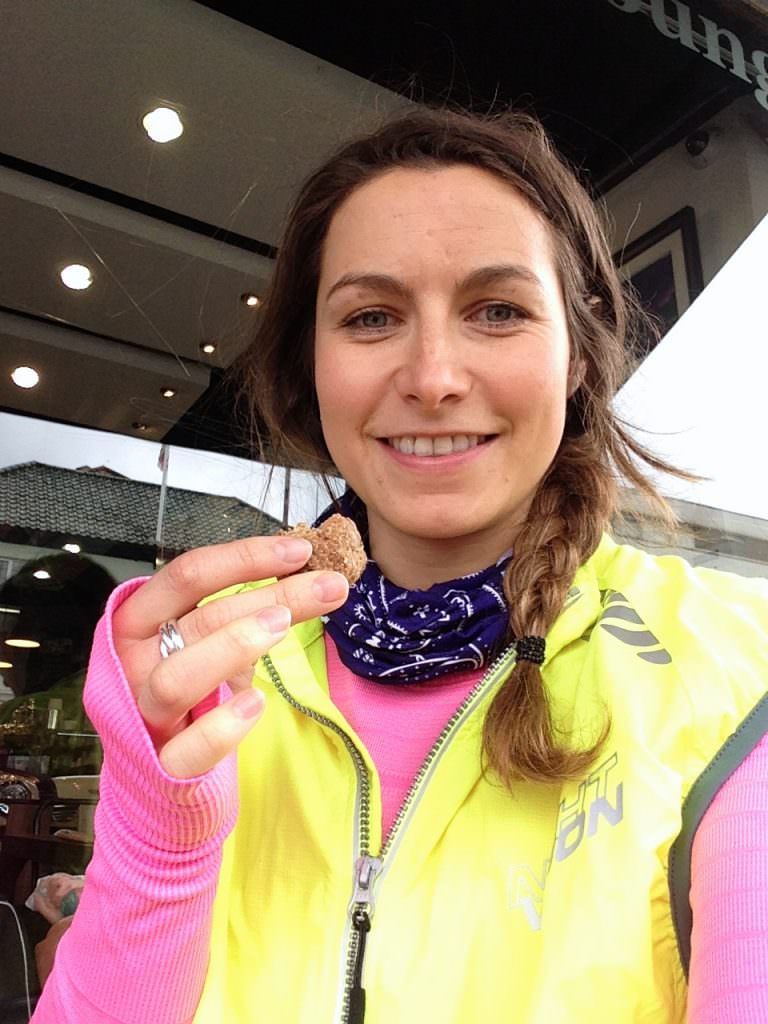 A few weeks ago, Kitshack contacted me about choosing something from their shop to try. I chose the Cashmere Anchor buff– mostly because I love anchors and anything seaside-y, so perfect to wear on a cycle to the sea. I find Buffs are so useful, they can be worn in so many ways (around the neck and head) plus they are really functional- you can use them  for many different sporting activities, including cycling, running and skiing. 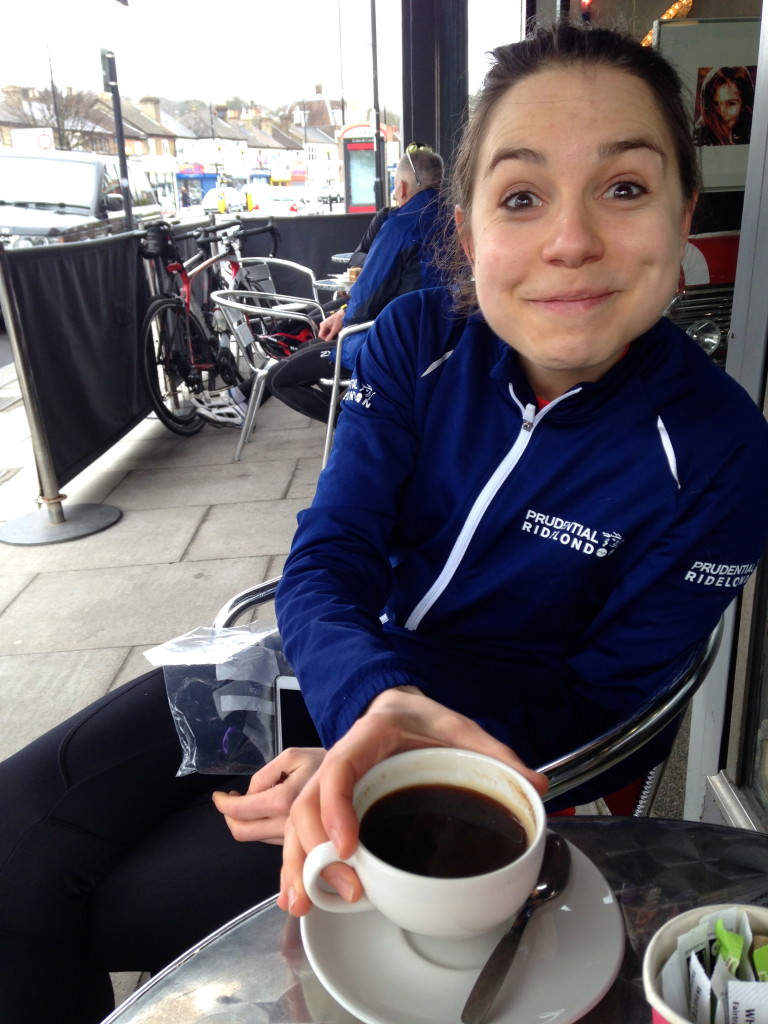 As a group of 5 now, we got moving towards Brighton. Almost immediately it became clear that I was going to be spending most of the ride right at the back of the group, or more accurately about 400m behind the group. It was quite eye opening, my fitness doesn’t translate easily to cycling fitness and I have a lot of work to do over the next few months. Although I didn’t mind being so far behind, it did cause an issue when I came to a junction and couldn’t see anyone. I rang them all, but couldn’t get through, so I took the left turning which I thought we had been talking about earlier. After about a mile, and no sign of anyone, I looked at the map and realised I was heading back towards London. Luckily, I did now get through to the team, and after a little cry, turned back round to see one of the boys cycling to find me. Whoops. 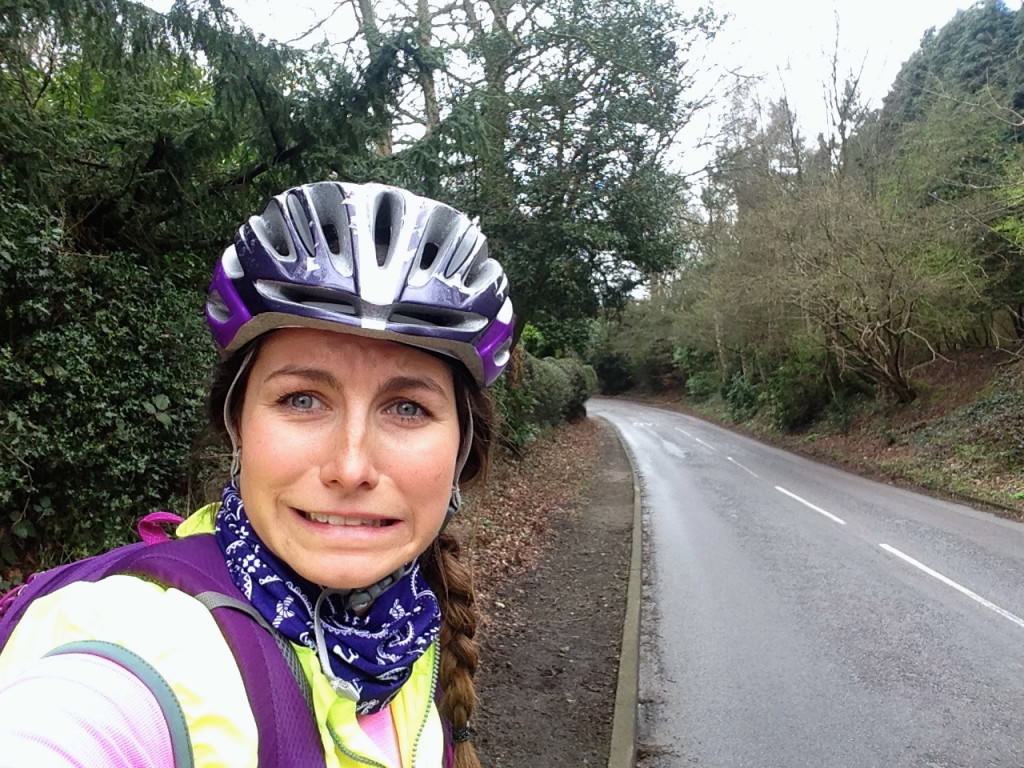 After my little detour they kept a closer eye on me for the rest of the trip (sorry for being a liability guys!) 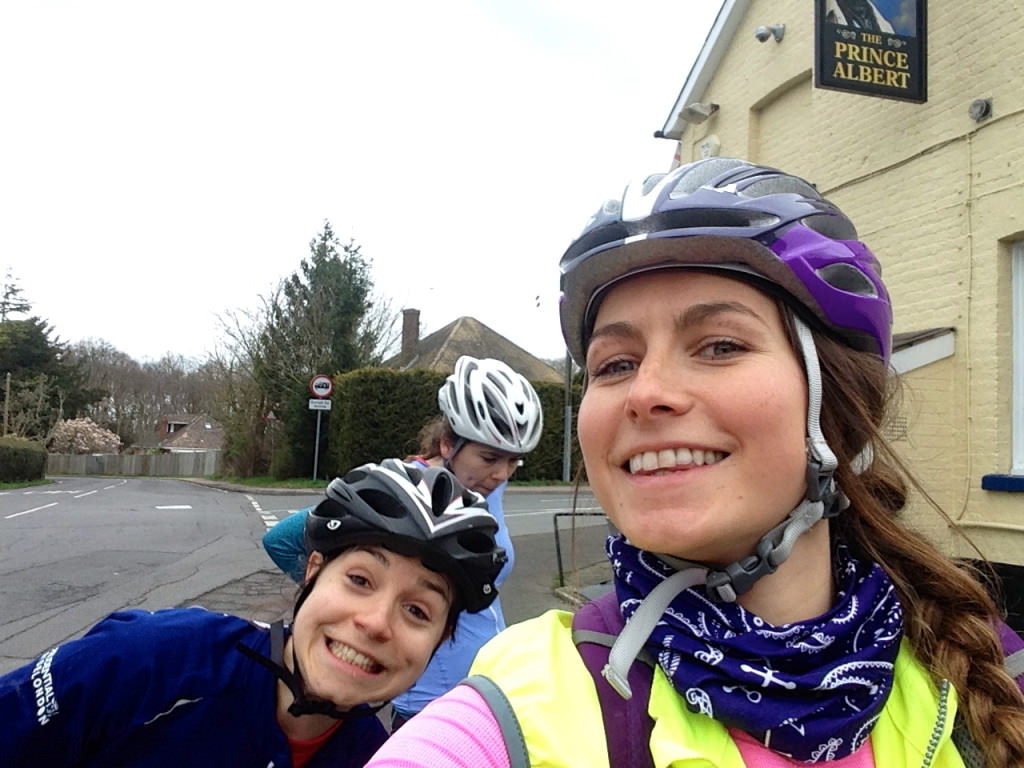 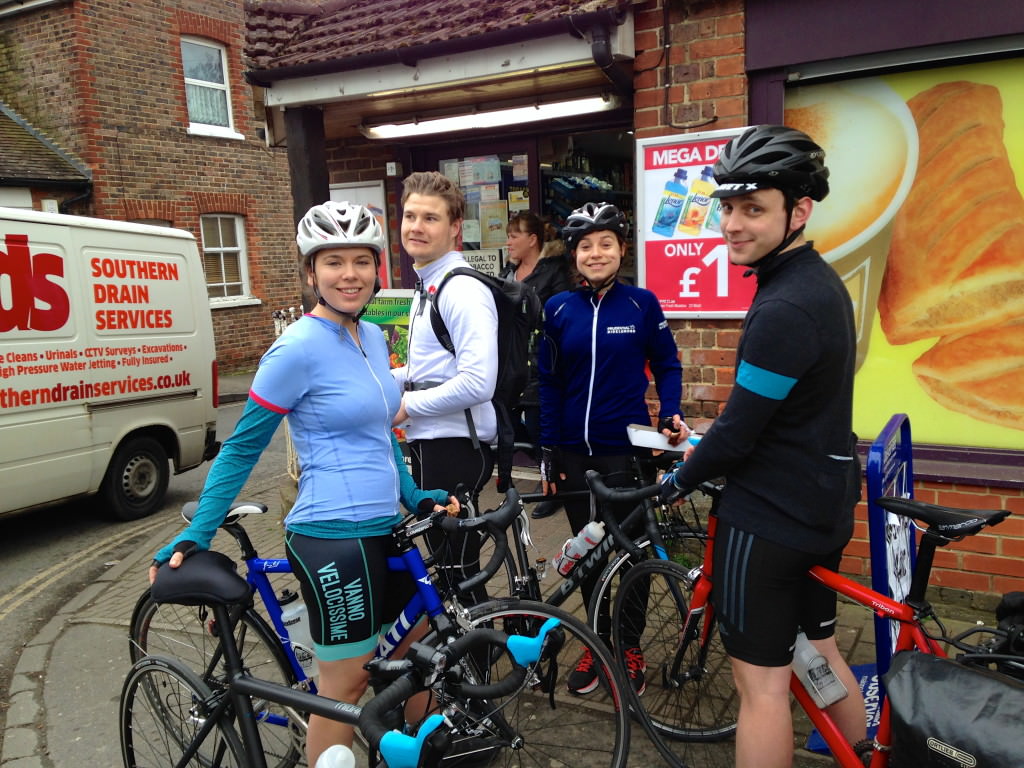 About half way we stopped at a corner shop for ‘lunch’- I feel like we’d talked about a pub lunch, however apparently that wasn’t on the agenda. More energy balls, water and some random snacks later and we were back on our way.

The route was much hillier than the BHF London to Brighton ride we’d done a few years ago, it felt like every corner we turned we were confronted with another hill. At least I got a lot of practise on my new bike, flicking around to get to know the gears better. The route was at least not too busy, we think the bad weather put off most other cyclists, and there weren’t too many cars on the road. 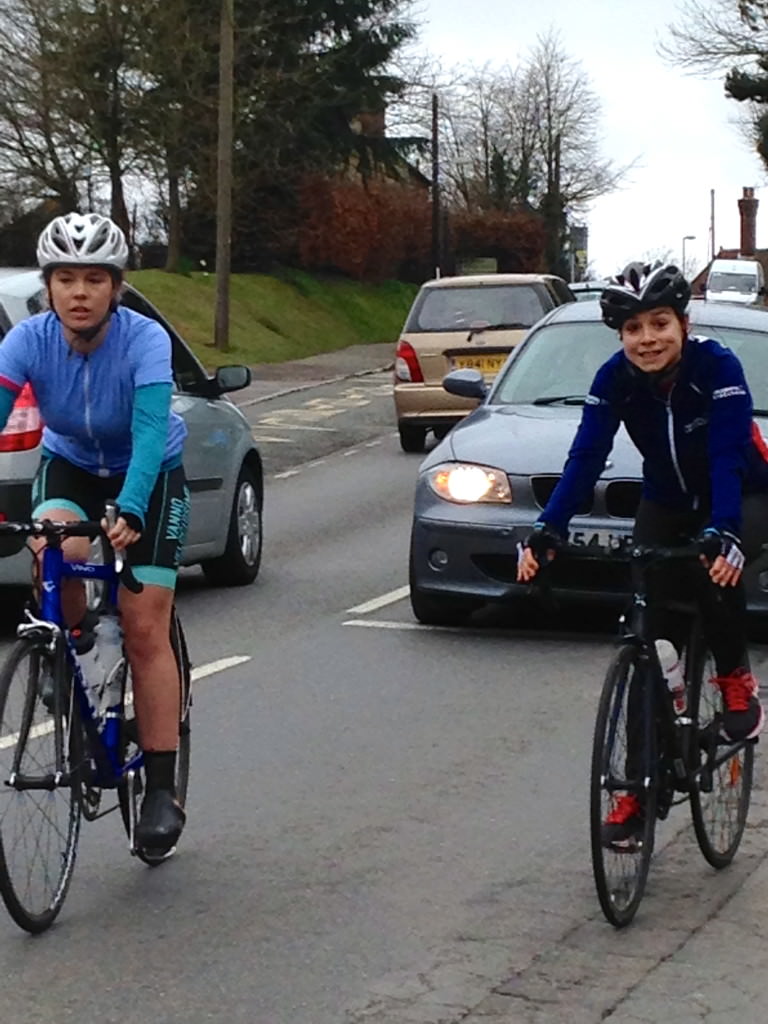 We had all been dreading Ditchling Beacon, but knew from there it was all down hill to Brighton. I’ve tackled Ditchling before and made it to the top, but was far better trained that time. I figured I would just cycle for as long as I could, then walk if needed. I set off in a very low gear and just plodded up very slowly. 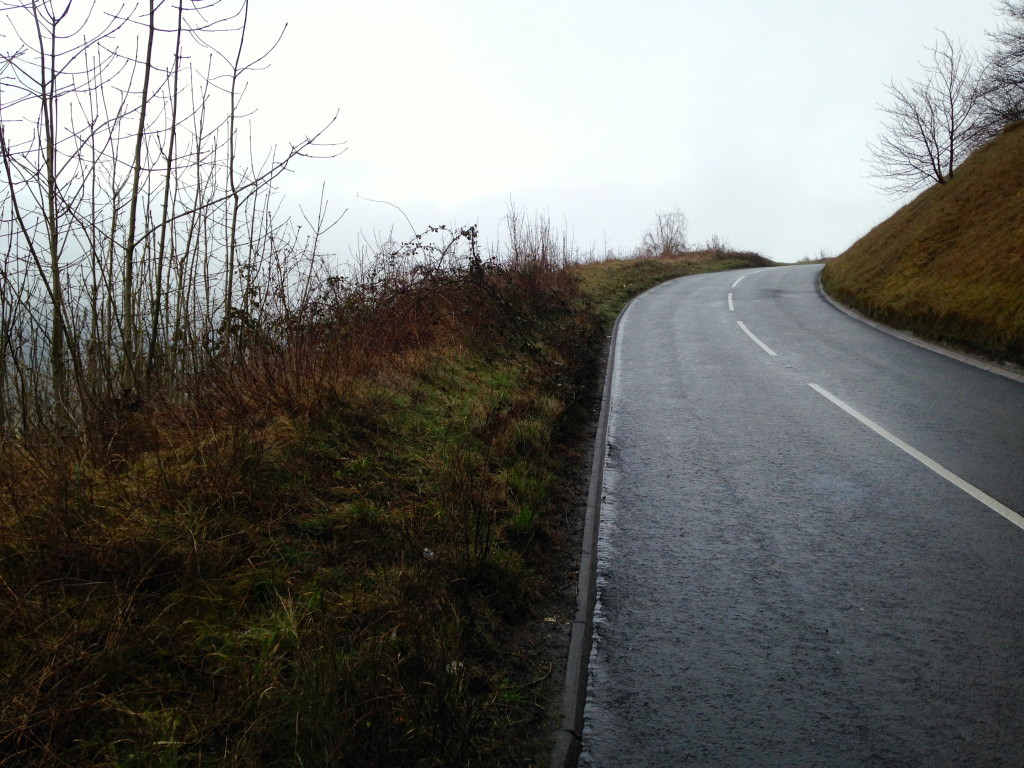 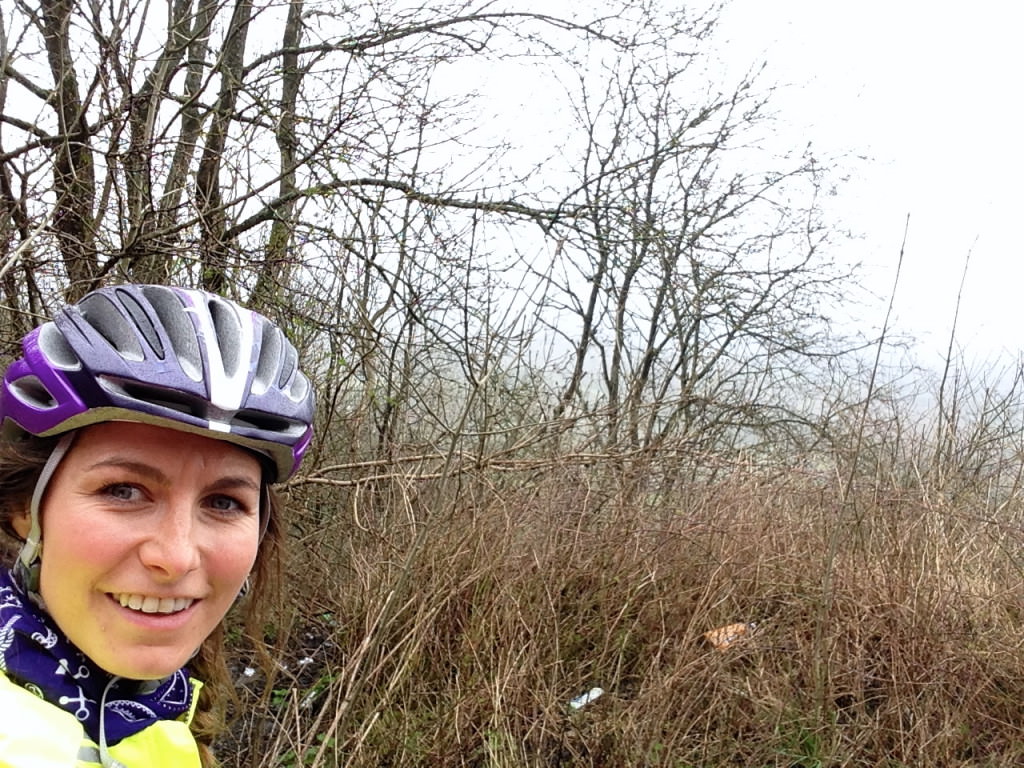 I stopped just over halfway to take a photo and have some water, and was shocked/thrilled to see a friendly face coming back down the hill. Phil had reached the top, then come back to help me up the rest of the way! I couldn’t walk now! I battled it up with Phil’s help, and was thrilled to reach the top of the hill. Sadly the views weren’t exactly spectacular! 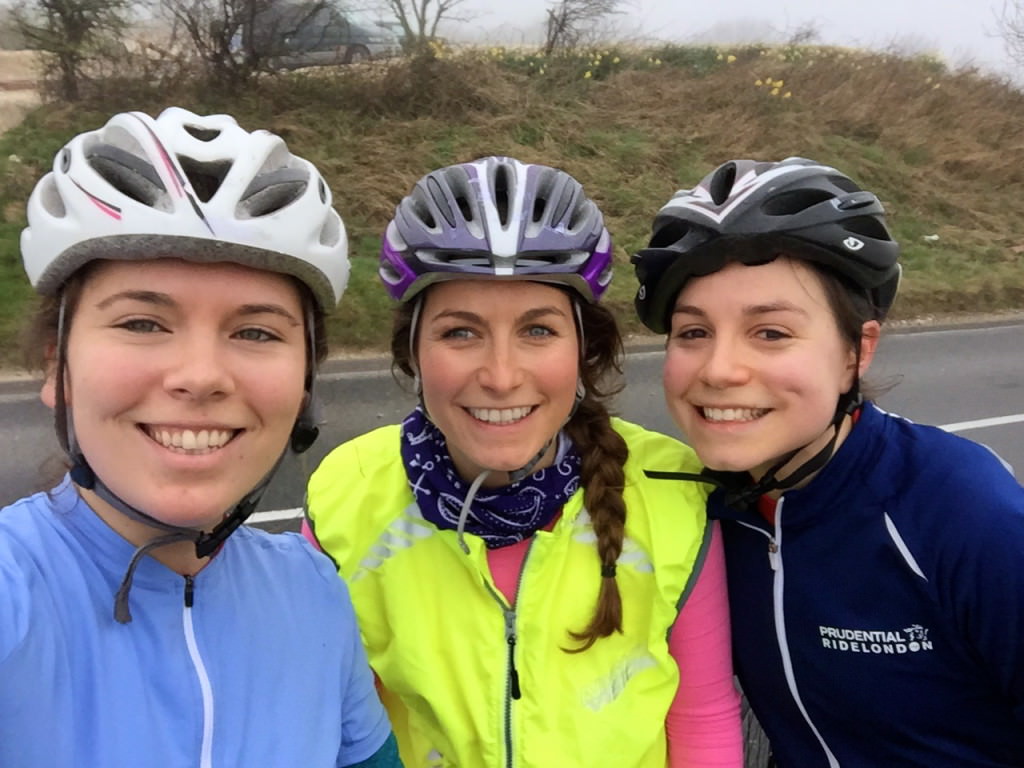 All down hill from here…

The weather had really set in and it was very wet. I get pretty nervous on the downhills and don’t trust myself to let go of the breaks completely. I was very, very glad when Brighton Pier came into sight! By this point it was so misty that you couldn’t even see the sea, glad we hadn’t planned on having fish and chips on the beach! 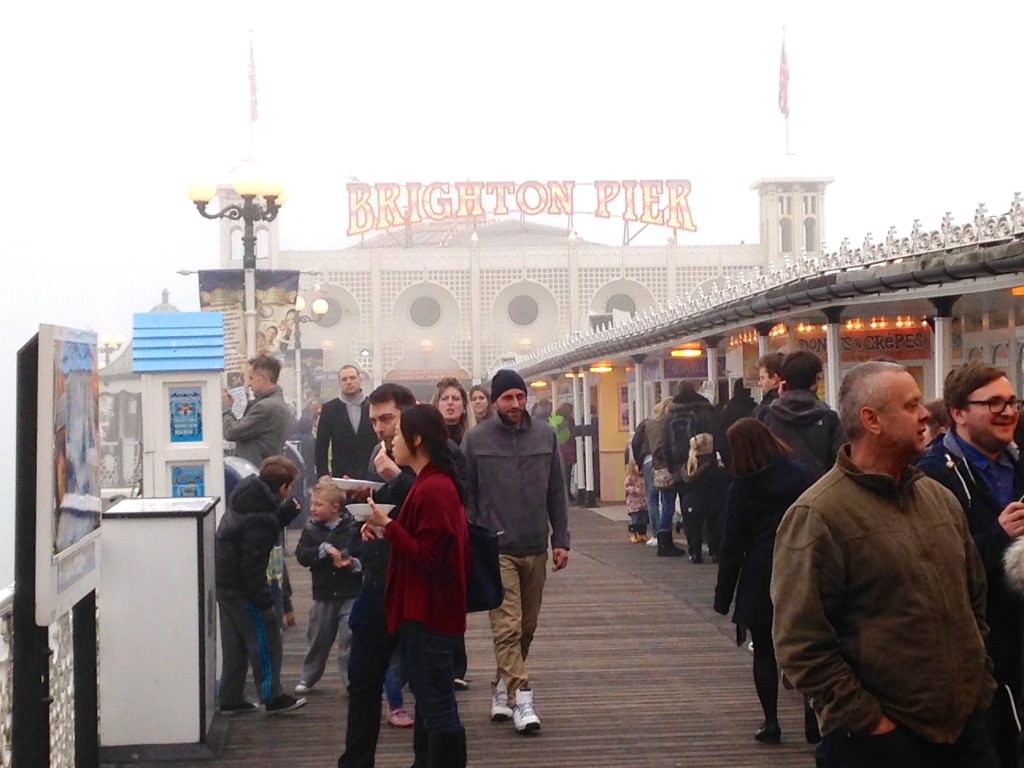 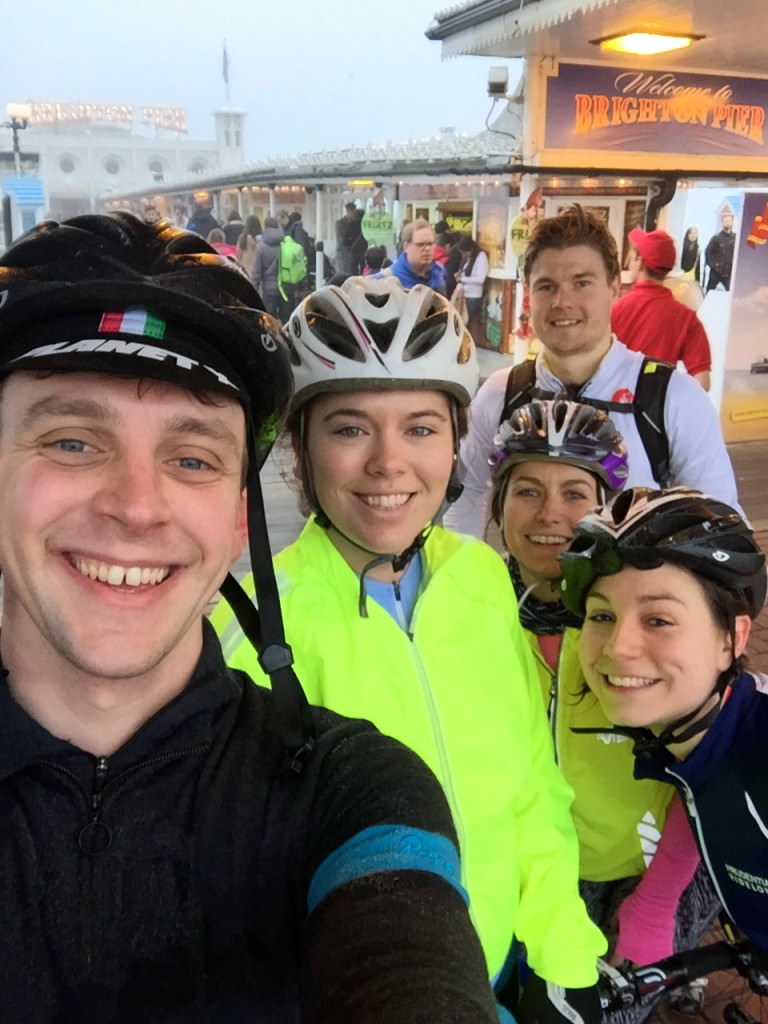 Thank you so much to Emily, Anna, Phil and Nick for sticking with me, and encouraging to make it the 70 miles! I have a long way to go until Ride100!

This post is sponsored by Kitshack. All tears and slow cycling are unfortunately my own.