Wow this posting everyday thing is hard, especially when you’re on trips and relying on hotel wifi! I missed yesterday’s post but will still be posting 30 times this month, but not twice today.

I’m currently sitting at Geneva airport waiting for my flight home after a hectic but incredible few days in Chamonix with Asics watching Beat the Sun. I’ll be posting the full recap tomorrow but for now I wanted to share one of our 5K runs through the Italian countryside around Courmayeur.

We were dropped off in the middle of leg 8 of the Beat the Sun race, after spending a sunny lunchtime watching the leg 6 to 7 handovers, we jumped out of the bus and it started raining. 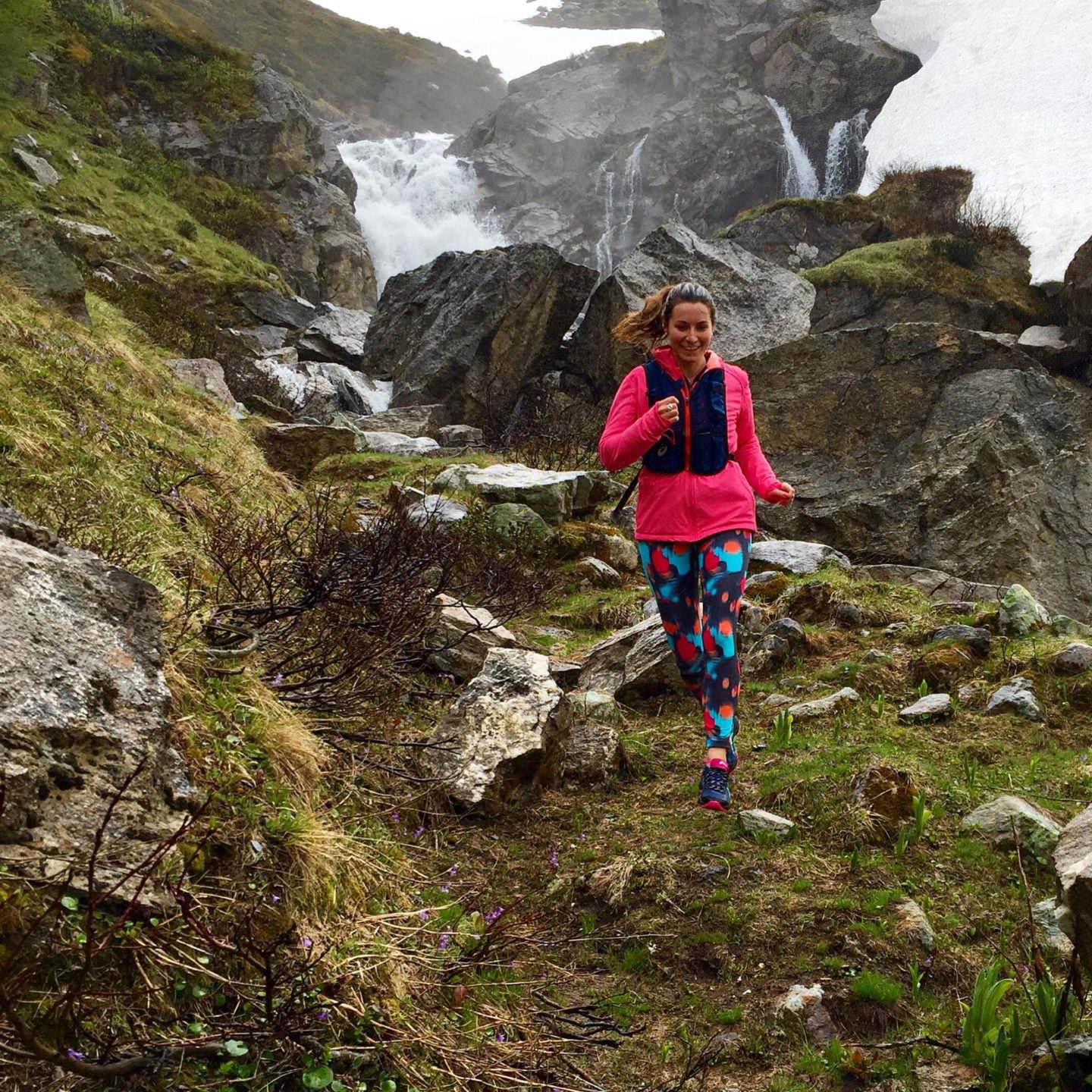 There’s no such thing as bad weather, only bad kit.

What a perfect way to really put the Asics trail kit to the test!

As we ran, the wind and rain picked up, making it hard to see exactly where you were running, and making it necessary to run with your head down – although considering the terrain this was already crucial to avoid falling/tripping/rolling an ankle for me. 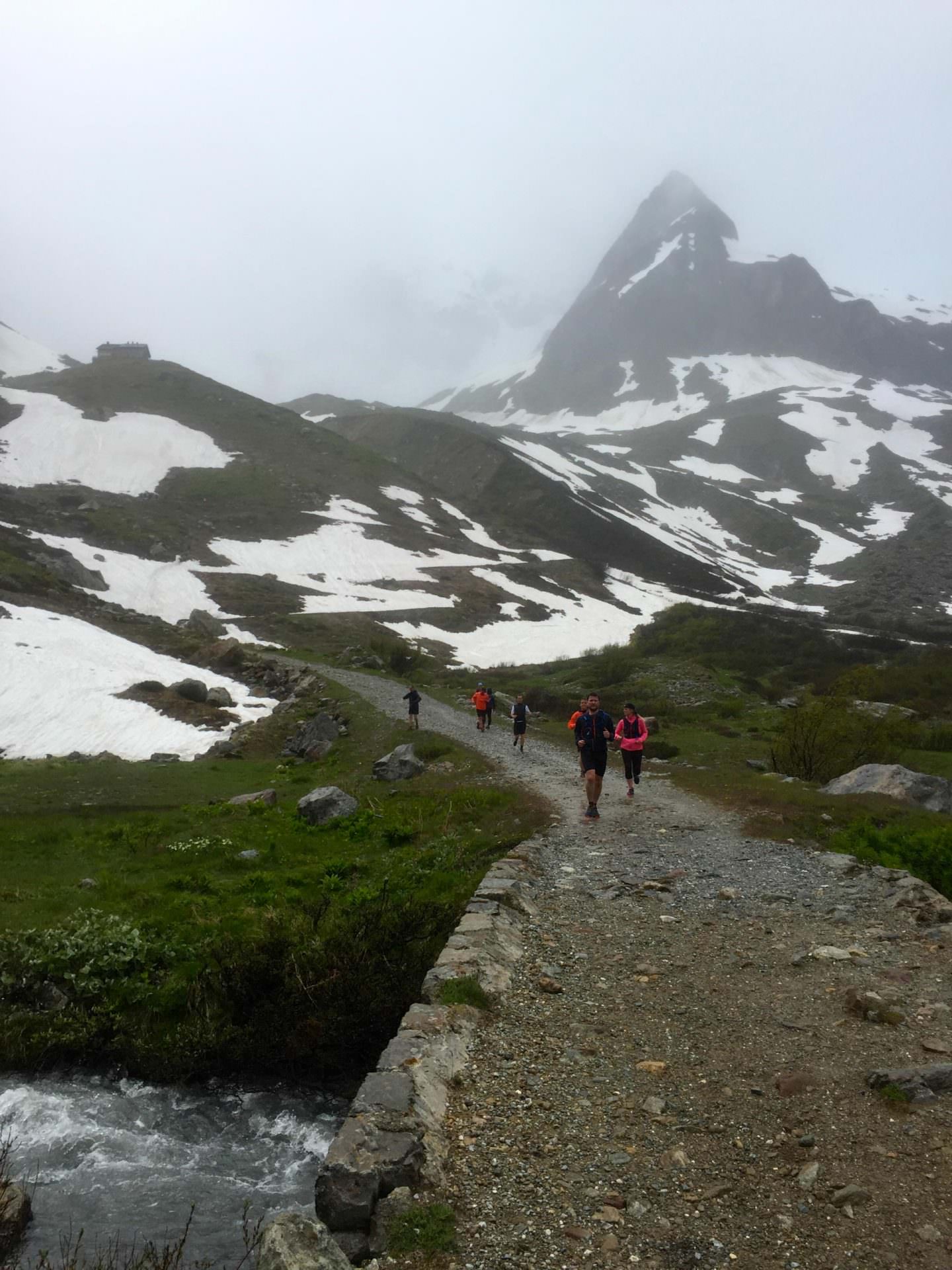 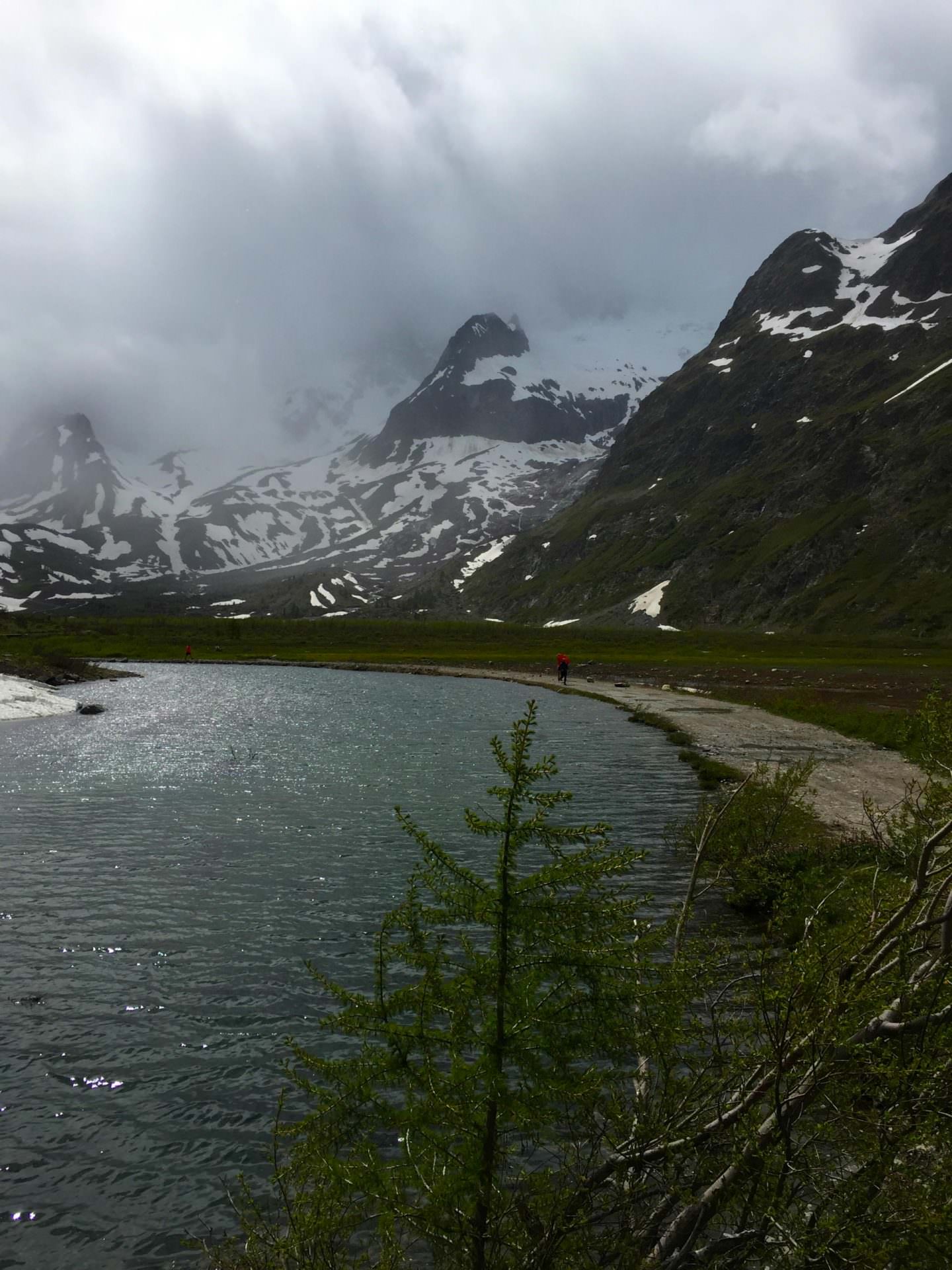 The faster group took off, and although I positioned myself in the intermediate/beginner group, I definitely struggled with the altitude, wind, SNOW (and trying to run and snapchat!)

We were able to see the Team Europe North runner fly past us, even through the snow that we were all slipping around on. 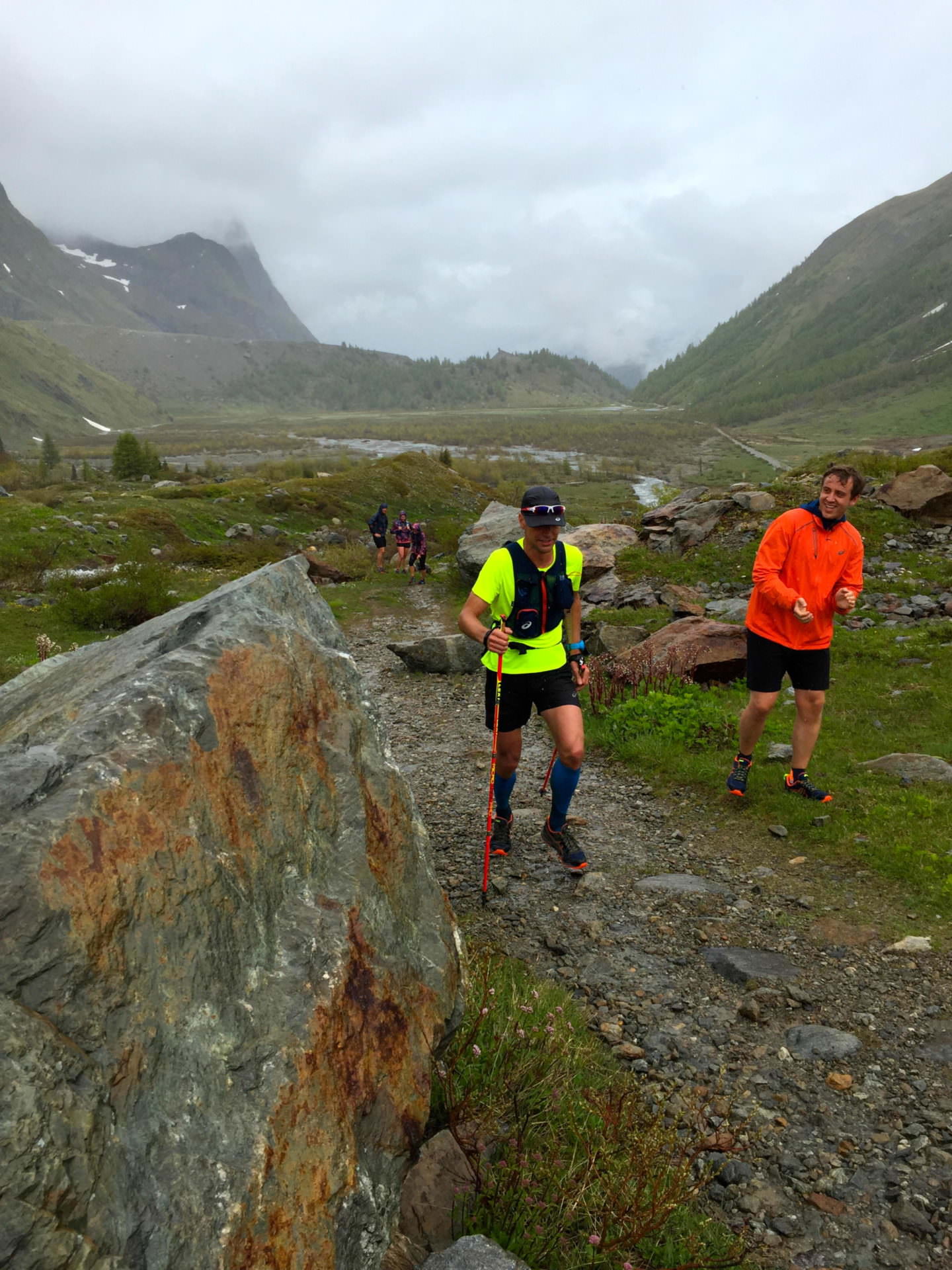 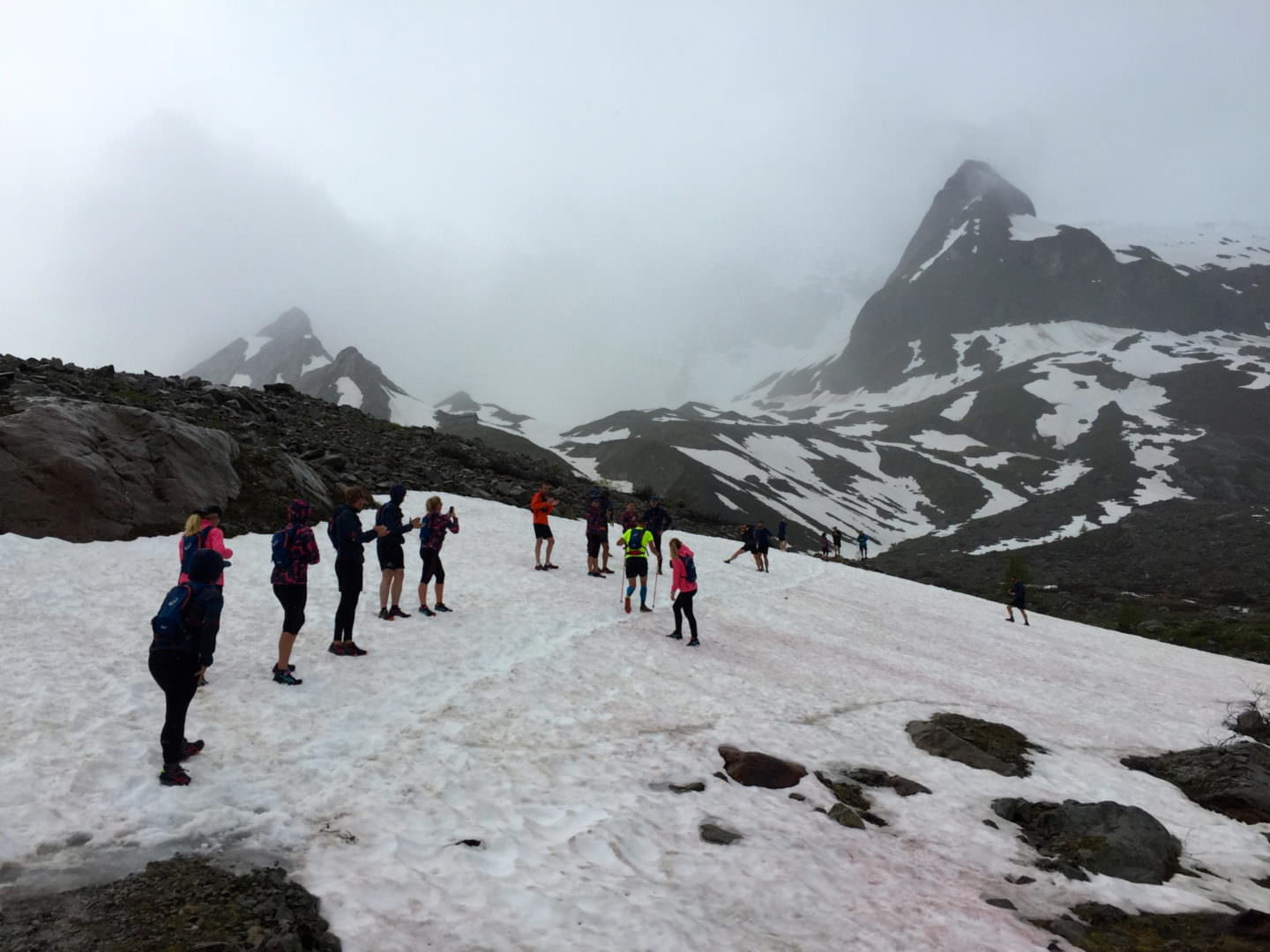 The original intention was to run up to a hut on the top of the pass, however after 2.5K it became clear that we didn’t all have time to reach it. A group of us decided to turn around and use the time to take some photos before running the 2.5K back to the vans.

The rain eased up as we were running back and it started to warm up – I stopped to strip off my top jacket  and enjoyed the flat part of the run. Arriving back to the vans the sun came out, and we were lucky enough to see some of the other teams run past, including the incredible American marathon record holder, Ryan Hall. 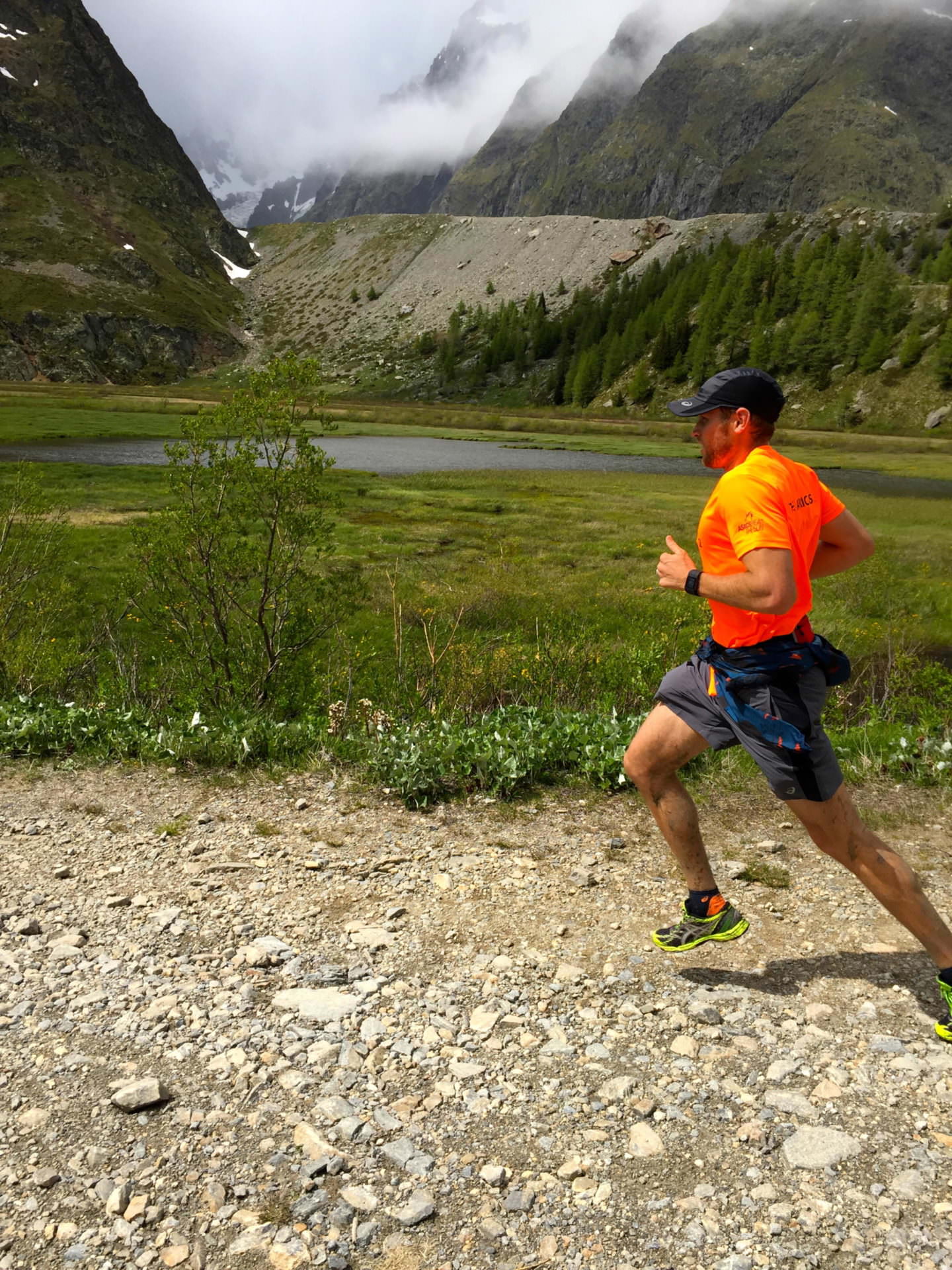 Even being out of the mountain for an hour during our run, I was struck by just how prepared you need to be for the weather – it can change so quickly. I’d packed a couple of layers in my running backpack, plus water and a snack bar (always carrying snacks, just in case) but the bag holds so much! It’s awesome.

Unfortunately the Asics that we wore on the trails is brand new so not out yet, but I’ll add links once they’re live on the web!