Last night was the Energizer Night Run run in conjunction with Boutique Sport, in Battersea Park. I’ve been training with Boutique Run club every Monday night for the last month in preparation and have met some awesome girls through it. The theme was fluoro and UV and we’ve been discussing our outfits for the past couple of weeks. I wore green shorts and bright pink top from H and M, with my fluoro jacket and American Apparel headband. 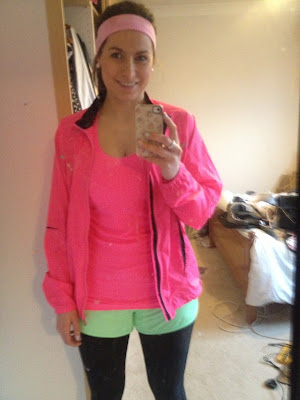 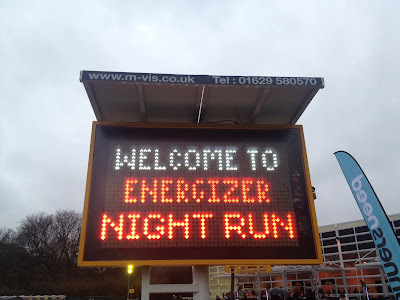 I signed up for this race with two friends, and for one of them it was going to be there first race! Unfortunately, due to illness and a hangover, both of them pulled out of the race. Knowing that I was going to be running alone, (my run club friends were all running the 10K), and with less than stellar running weather (pouring with rain and pretty windy), I was a little apprehensive about the race. 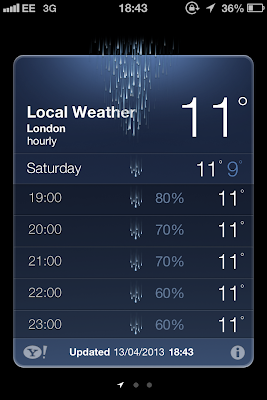 I arrived, collected my t-shirt, and headed into the waiting area. The Boutique Sport girls from our run club had set up a separate area for us to wait, with face paint, hairspray, and UV bands. It was great to have a space to meet up with the other girls from run club, and get ready for the race. Leah donning some face paint. She looked awesome and ended up winning a prize for her costume, love the tutu! 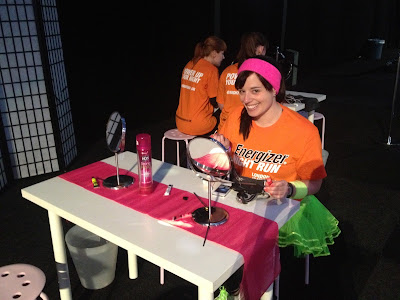 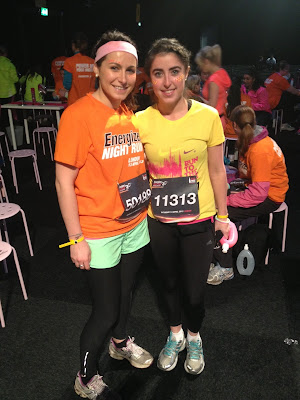 I bumped into a friend from school/university at the race. I haven’t seen Zoe  for a couple of years, so it was lovely to catch up. She ran her first marathon, Berlin, last year, and has signed up for a few of the same 10Ks as me in May, think we might be meeting again soon to train/race together!

After an interview with the race ambassador, Nicola Adams, Olympic Boxing gold medalist, we were led in an awesome warm up to 90’s tunes. It was hilarious to see everyone jumping around in their orange t-shirts, especially when we were told to ‘freestyle it!’ Doesn’t the ceiling look awesome, they’d strung up hundreds of lights to make it look like stars! 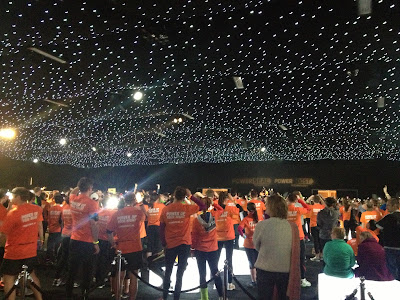 About 8.30pm we headed outside into the rain to the start line. The Boutique run club were lucky enough to have our own exit to the start so ended up starting quite near the front. 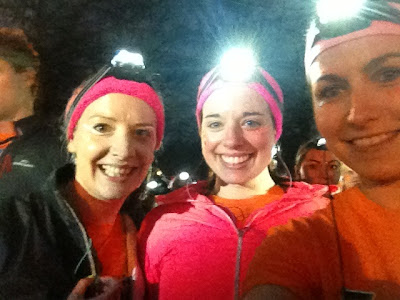 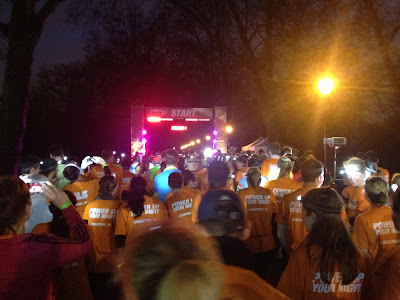 I waited with Leah and her friend, although as they were running the 10K, I knew I wouldn’t be running with them. Leah aced the race and earned herself a new PB! We were all given head torches to run in, it was awesome to see thousands of lights in Battersea Park. 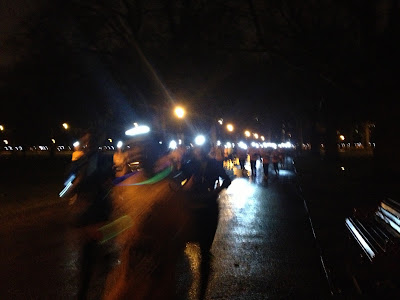 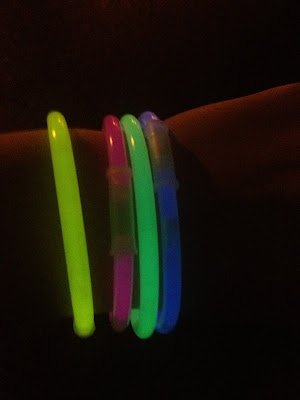 The route itself was a pretty straight forward loop around the park, with a few sharp turns, and a lot of large puddles! My favourite part was running along the river, the bridges looked so pretty. 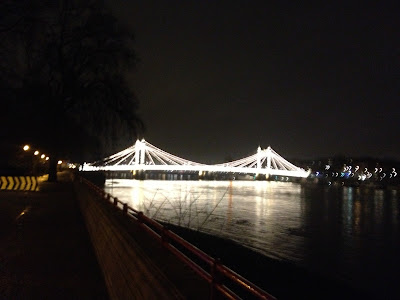 It seemed that most people had opted for the 10K, and as I was running I was tempted to miss the 5K turn off and slog it out for another 5K, but decided against it as I felt I’d started too fast for me to finish the 10K strong. I’d rather hold on for my first 10K race in May.

I felt strong during my first mile (unfortunately I couldn’t find my garmin when I was leaving the house so didn’t know my pace), and continued to feel good during my second mile. I find it really hard to know what my pace is, so kept running what felt ‘comfortable’. Unfortunately, that meant my third mile was over a minute slower than my first! Urgh.

There were a lot of people running, and at times the course felt congested, I felt I was trying to run around people of squeeze between people. I think it might have been a good idea to start in two waves, with the 5K runners, who would probably be running a little faster, starting first.

The finish line was a welcome site, although I feel like I could have pushed myself more in the final mile. I crossed the line ( after 3.35 miles!!!) in 27.07. A time that although isn’t a PB, and is a whole minute slower than my current PB, I’m pretty happy with. I loved that we got a text with our official time seconds after crossing the finish line- nice touch. 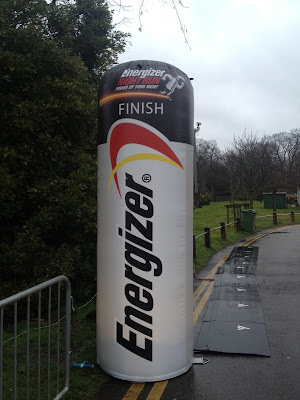 There was an after party later, so I had a beer and a chat with some other 5K runners, but being so wet (in a cotton t-shirt- wish they were tech t-shirts, maybe next year?) meant that I got cold pretty quickly. I text my run club friends to say I hoped they’d done well and headed home.

You can register your interest for the Energizer Run 2014 already, and I would certainly recommend it if you live in London. It was a fun evening, although I would have liked to have friends to run with. I’ll be there next year, I’m sure!