Something I was keen to do in Christchurch was a city tour post-earthquake. After the earthquake hit in 2011 it was all over the news, but as many things do, it has dropped off our radars in the UK. Considering that the earthquake happened nearly 2 years ago, I thought that the city would be almost back to normal by now, but then again, I don’t think I realised the scale of the damage at all. 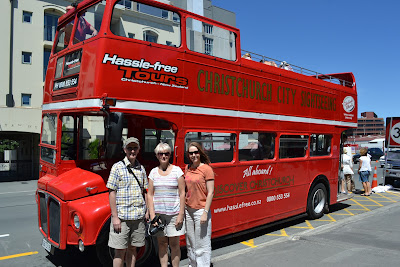 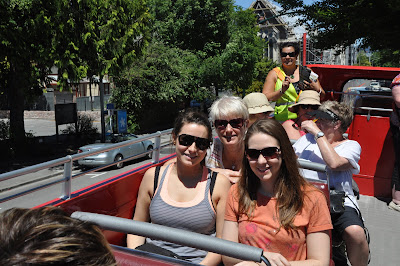 We took an open bus tour of the city, and although it wasn’t billed as a ‘post earthquake’, that’s what it ended up being. Almost the entire city was affected by the 6.3 magnitude richter quake. A huge number of buildings collapsed, and hundreds more have had to be pulled down because they were too dangerous to inhabit. 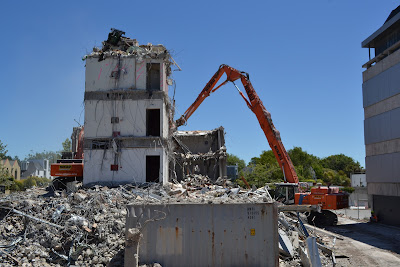 It was really sad to see so many rubble piles and buildings in the process of being torn down. 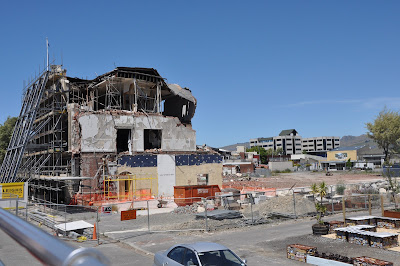 Sadly, 185 people died in the earthquake, almost all of them when the Canterbury Television building collapsed. In one area of the city, they have set out 185 different white chairs on a lawn in remembrance of those that died. 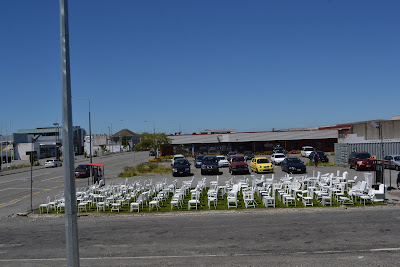 The Queen Victoria Diamond Jubilee clock tower is broken, and the clock still reads 12.51- the time the earthquake hit on the 22nd February 2011. 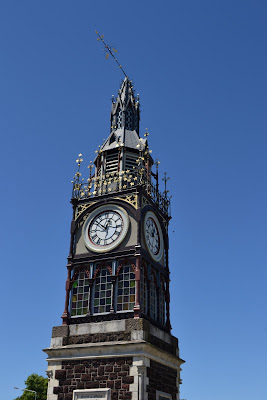 The iconic Christchurch Cathedral lost its spire in the quake, and it is currently in limbo as to whether to repair the original Cathedral or to tear it down and replace it. 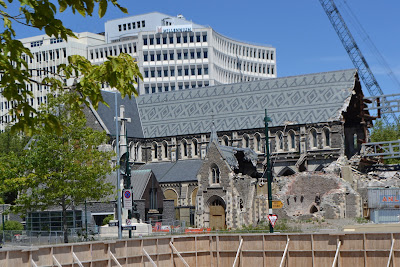 The Catholic church is facing similar problems and is being held up by crates and hay stacks. 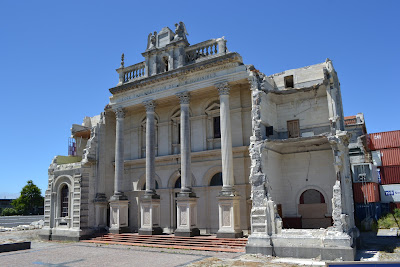 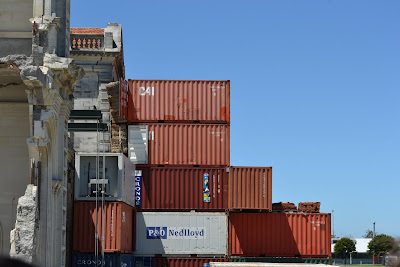 The rugby stadium is now unusable after the soil suffered from liquification, making the ground unplayable, and one of the stands had to be torn down. For such a rugby mad country, this has been heartbreaking, especially as it meant they couldn’t hold any of the World Cup matches they were due to hold in Christchurch during the New Zealand Rugby World Cup 2011. 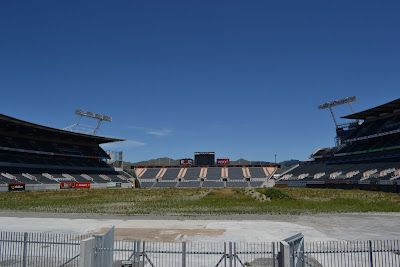 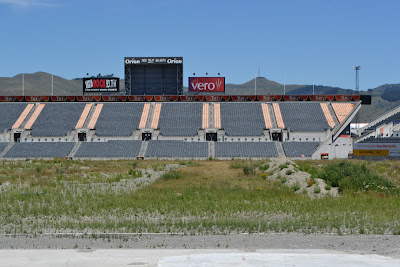 Hundreds of thousands of people lost their homes, while even more lost water and electricity. Most people have now moved out of the city centre to the suburbs, and many have left Christchurch altogether.
Repairing and rebuilding the city is costing billions of dollars, most of it coming from insurance companies and the New Zealand government. They are trying to save the facades of many historic buildings to keep the history of the city alive, however this is proving to be more costly in both time, money and resources. 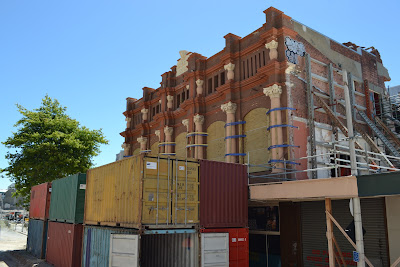 There has been some regeneration in the city, with the Re:Start, an area full of shops and cafes housed in disused containers. It has a very cool vibe to it with street performers entertaining shoppers, people selling fresh fruit on the street, and a collection of cool eclectic shops mixed in with some big brand names. Coming in from looking into the red zone which is still closed to everyone due to unstable buildings, it felt like a completely different city! 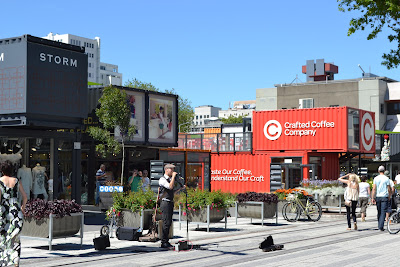 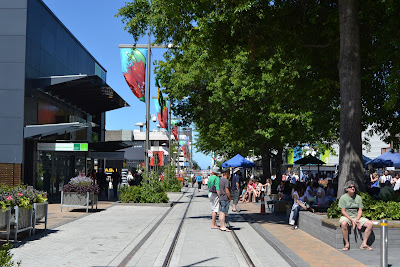 There is still a lot of work to be done in Christchurch, and it is quite a sad city, but the amount building work going on (even on a Sunday when we visited) shows that they have not given up! I hope I will get to return to Christchurch in 5-10 years time and see a vastly improved city.
Sorry for such a photo heavy post, but it’s hard to understand the scale of the damage that still exists without seeing it.
Have you ever been to visit somewhere after a disaster? How did you feel about it?