It’s easy to take the amazing sights in London for granted when you live here. I run past the London Eye, Buckingham Palace and Big Ben on a regular basis but rarely stop to appreciate them as landmarks.

Tom and I have been talking about going to the Tower of London for a while now, so when the weather was good this weekend, we decided it was the perfect opportunity. I hadn’t been since I was very young, and Tom had never been. 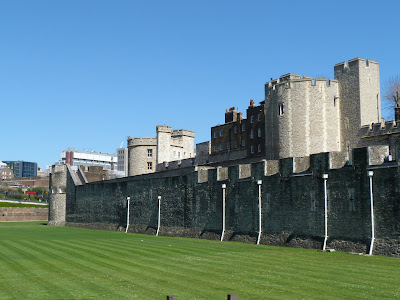 I used to read a lot of Philippa Gregory’s historic novels, so I was excited to learn about the history of the Tower and its famous inmates! 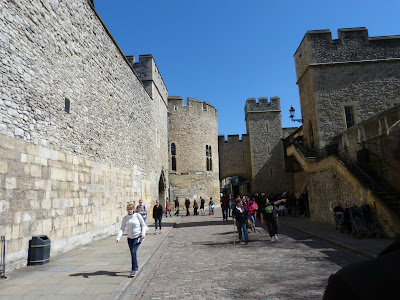 There are free tours every half hour, run by the Yeoman Warder (Beefeater) that live and work in the Tower. Apparently, you can apply to be a Yeoman after you have completed a full service in the Army, Navy or Air Force. Our Yeoman was actually in the Royal Marines! 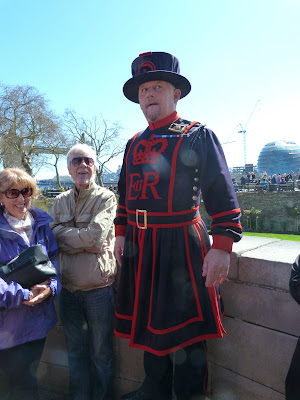 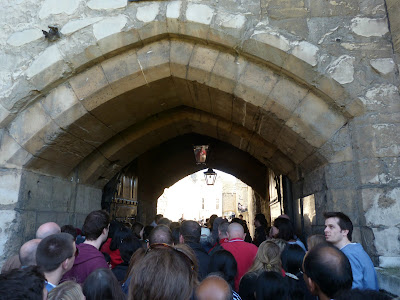 The Tower of London is a working Royal Palace, and the gates are locked every night at midnight. Nobody is allowed in or out without a special password.

On our tour we stopped at the Traitor’s Gate, where prisoners, as well as jewels, food and royalty, were transported to the Tower. Previously, the River Thames was the safest mode of transport for valuable items. (The moat around the Tower has since been drained). 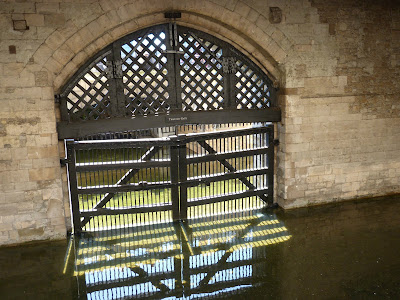 Below is a picture of the Bloody Tower, named so because it is where the two York Princes were last seen, before they disappeared, and where it is thought their Uncle Richard, murdered them. You can read more about that here. 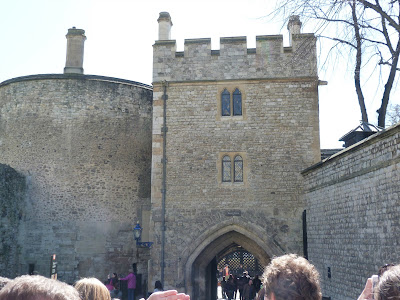 The White Tower sits in the centre of the Tower of London, and is the ‘fortress within a fortress’. It used to provide the King/Queen of England with accommodation within the Tower and setting for ceremonial and government functions. (source) 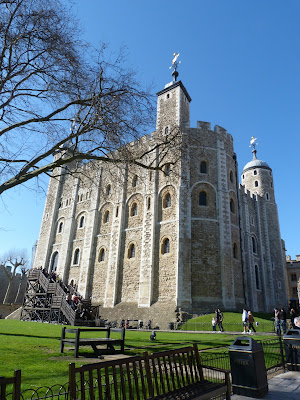 There have always been ravens living within the Tower of London, and legend has it, when six ravens leave the TOL, then the White Tower will crumble and the Royal Family will fall. So, to ensure this doesn’t happen, there are ravens within the TOL that have had their wings clipped! 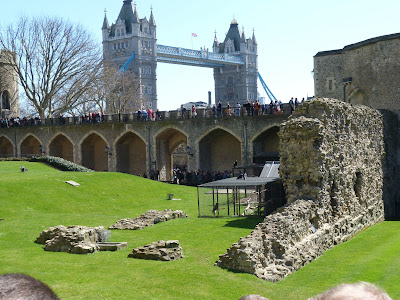 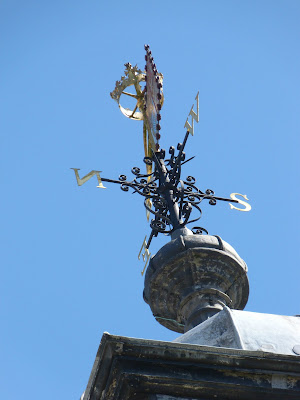 Our next stop on our, somewhat gruesome tour, was the Execution Site. Within this small area, during the Tower’s history, numerous people have been beheaded. Most famously, Anne Boleyn, Lady Jane Grey and Katherine Howard, all Queens of England. Most were beheaded with an axe, although this sometimes took up to 5 swings to completely behead them (sorry for the gory detail!). Anne Boleyn had a swordsman from France, who took her head off cleanly with one cut. 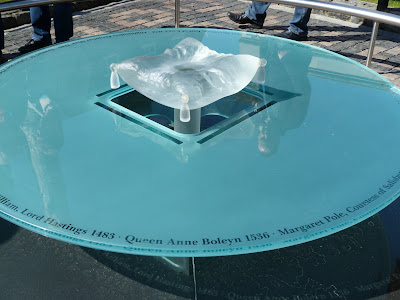 As part of the tour, we were allowed in to The Chapel Royal of St Peter. In the chapel are the graves of Katherine Howard and Anne Boleyn, who has had an anonymous gift of a dozen red roses laid on her grave every year on the anniversary of her death and has done for more than 200 years. Anyone can attend a church service in the chapel on a Sunday, with free admission.

The tour ended at the chapel, so we went in search of the Crown Jewels… 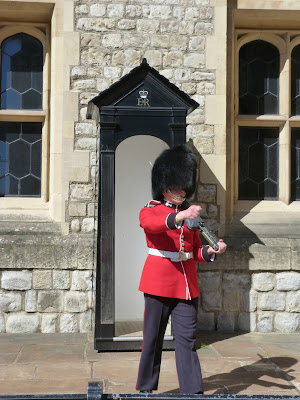 Apparently the Crown Jewels are not insured, but are protected by armed guard (this month it’s guarded by the Welsh Guards, my friend’s regiment!!) 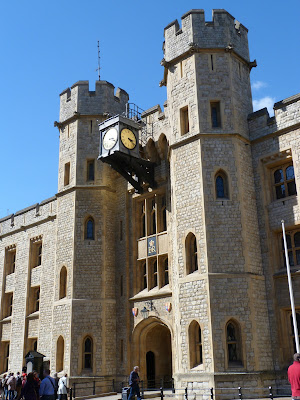 The Crown Jewel’s exhibition is really informative with a number of different crowns, robes and orbs belonging to different members of the Royal family, past and present. Unfortunately, this part of the Tower was really busy, with a very loud school trip which made the exhibition less enjoyable!

The Tower of London held prisoners up until the end of the Second World War, and one of the last people to be executed there was Josef Jakobs, a German spy, in 1941. There are a number of exhibitions across the Tower, including information about its use during the War, as well as its use as a Royal Mint (making money) and collections of armour.

This is one of Henry VIII’s suits of armour (before he got really fat!) 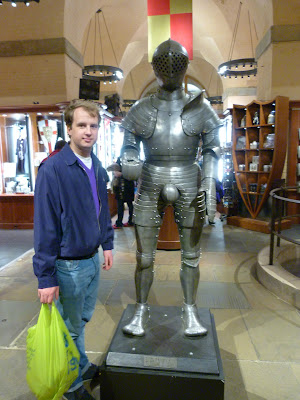 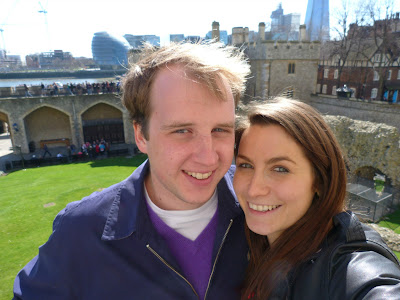 The views across London were amazing, particularly of Tower Bridge. Seeing the bridge close up reminded me of the feeling I had running across it during the London Marathon the previous year. Knowing that people would be feeling the same way during the Marathon the next day was really exciting. 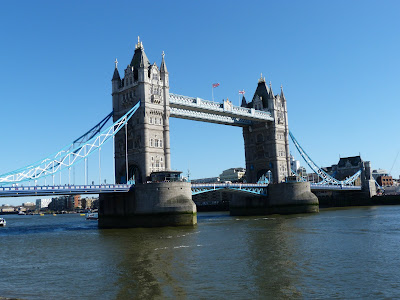 I highly recommend a visit to the Tower of London for tourists, history buffs or any that have read history novels about the Tudors! It’s a little pricey for entry, about £22, but with free tours and plenty to see, it is worth it.

Do you enjoy doing touristy activities in your own city? I don’t do it nearly enough, there is so much to do in London!