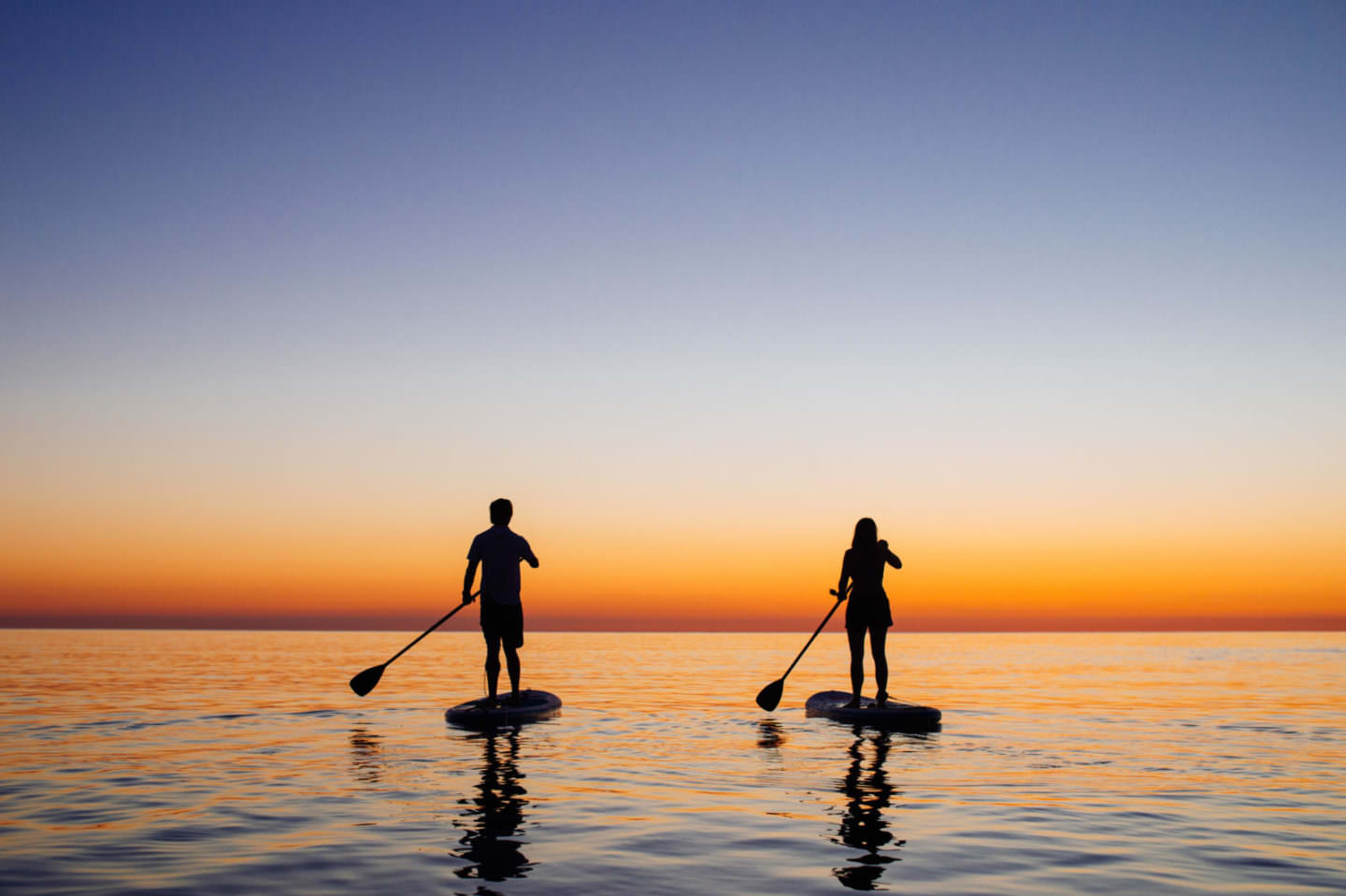 Have you had one of those moments where the world just appears so pure, so quiet, so peaceful that you have to pinch yourself to check you’re awake?

That was the feeling during our sunrise SUP. 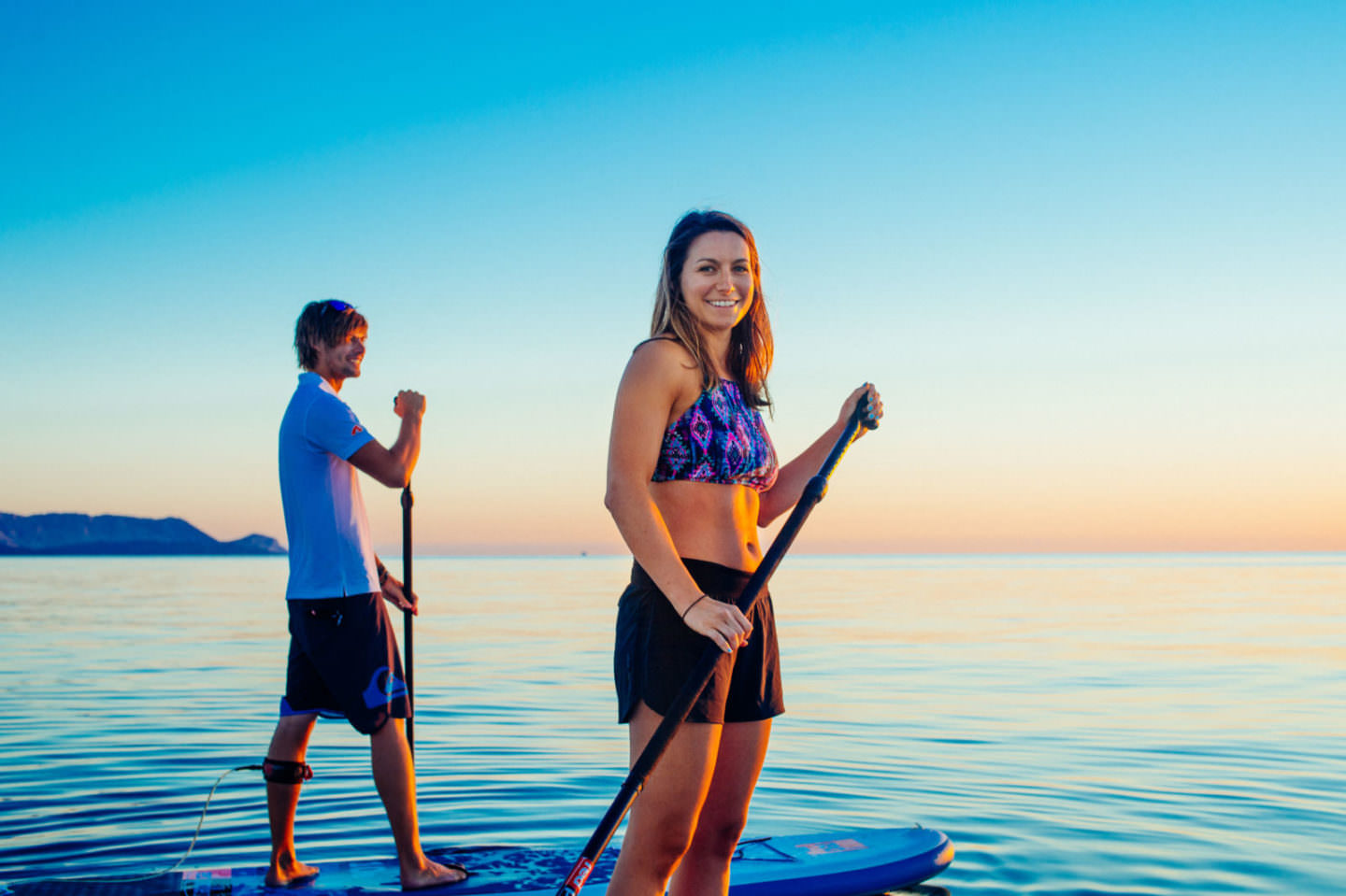 At 5.30am the sky was ablaze with orange and pink with the first sign of the day peeking over the horizon. The water was still and clear as Anna, Nick and I silently paddled across the bay.

Anna’s incredible photos captured the magical transition from dawn to day in a way that my writing cannot. It was breathtaking. 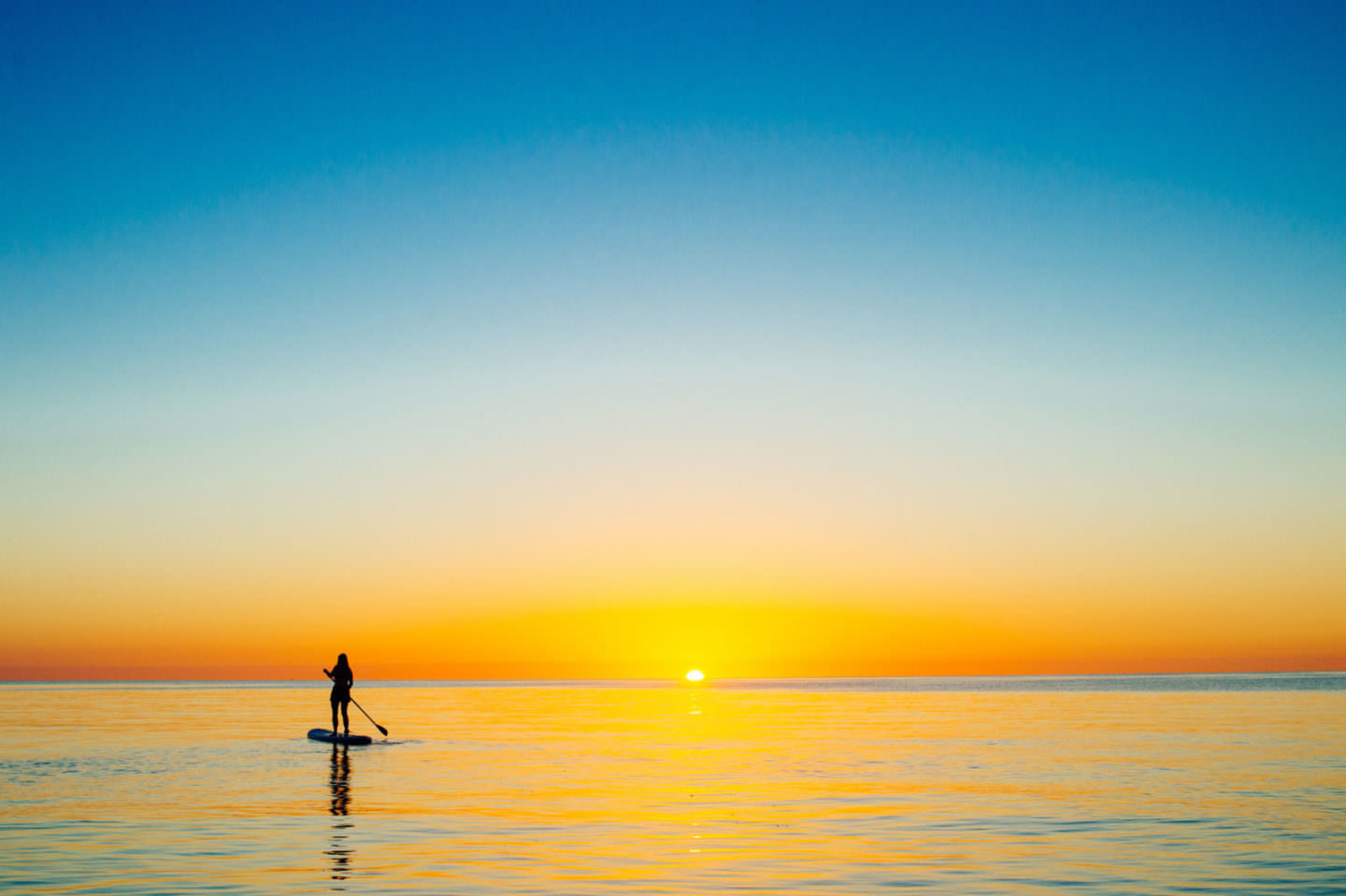 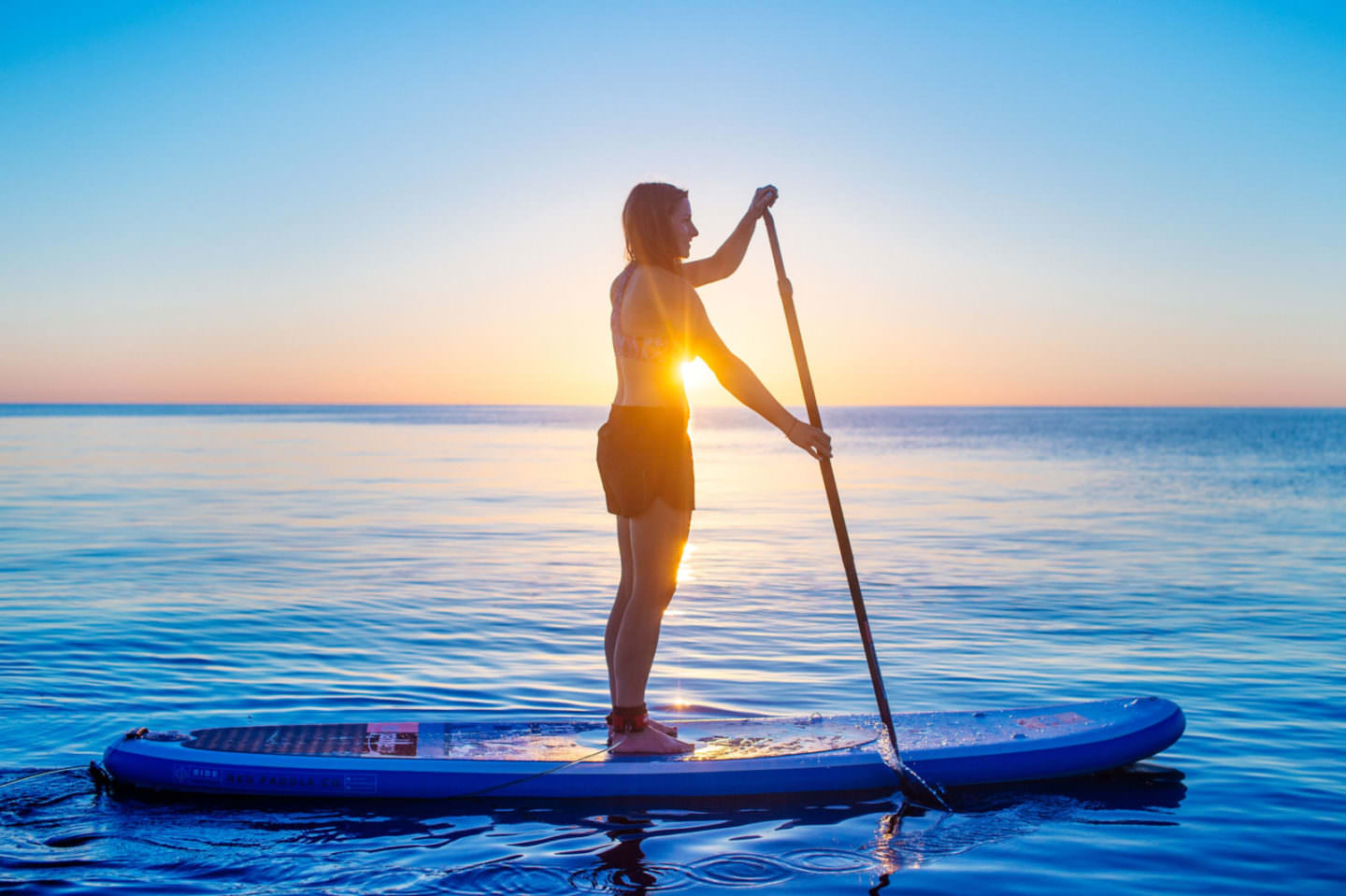 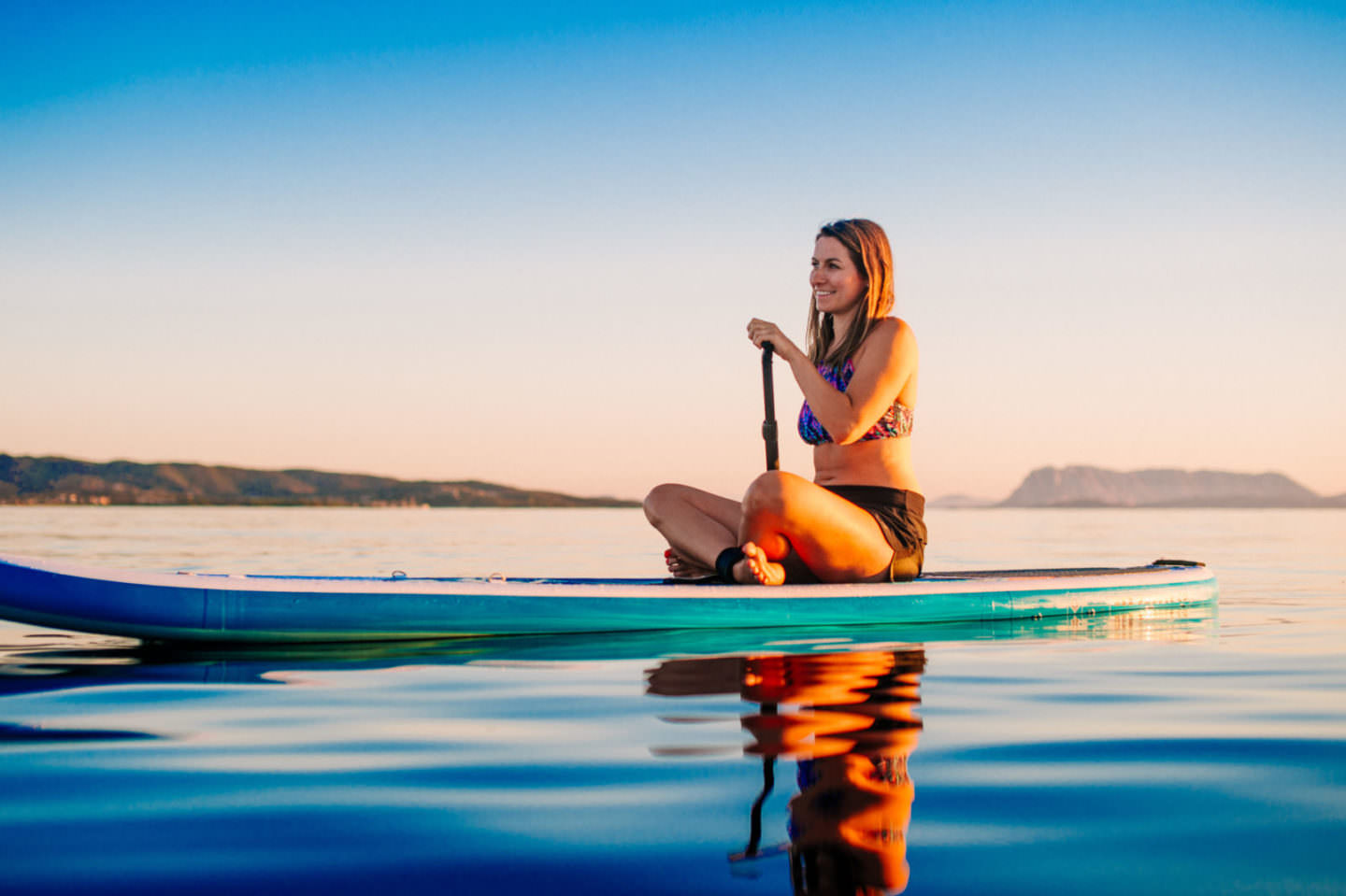 Although not currently on the official timetable, Nick, the activities manager at Baia del Mori, explained how much he’d like to be able to offer it to those who don’t mind the early start. I read once that the insane travel influencer Do You Travel, often gets up at dawn to photograph locations before the locals and tourists take over, and it is so worth it.

(if you haven’t read Part 1 of our active trip with Neilson to Sardinia, you can read it here). 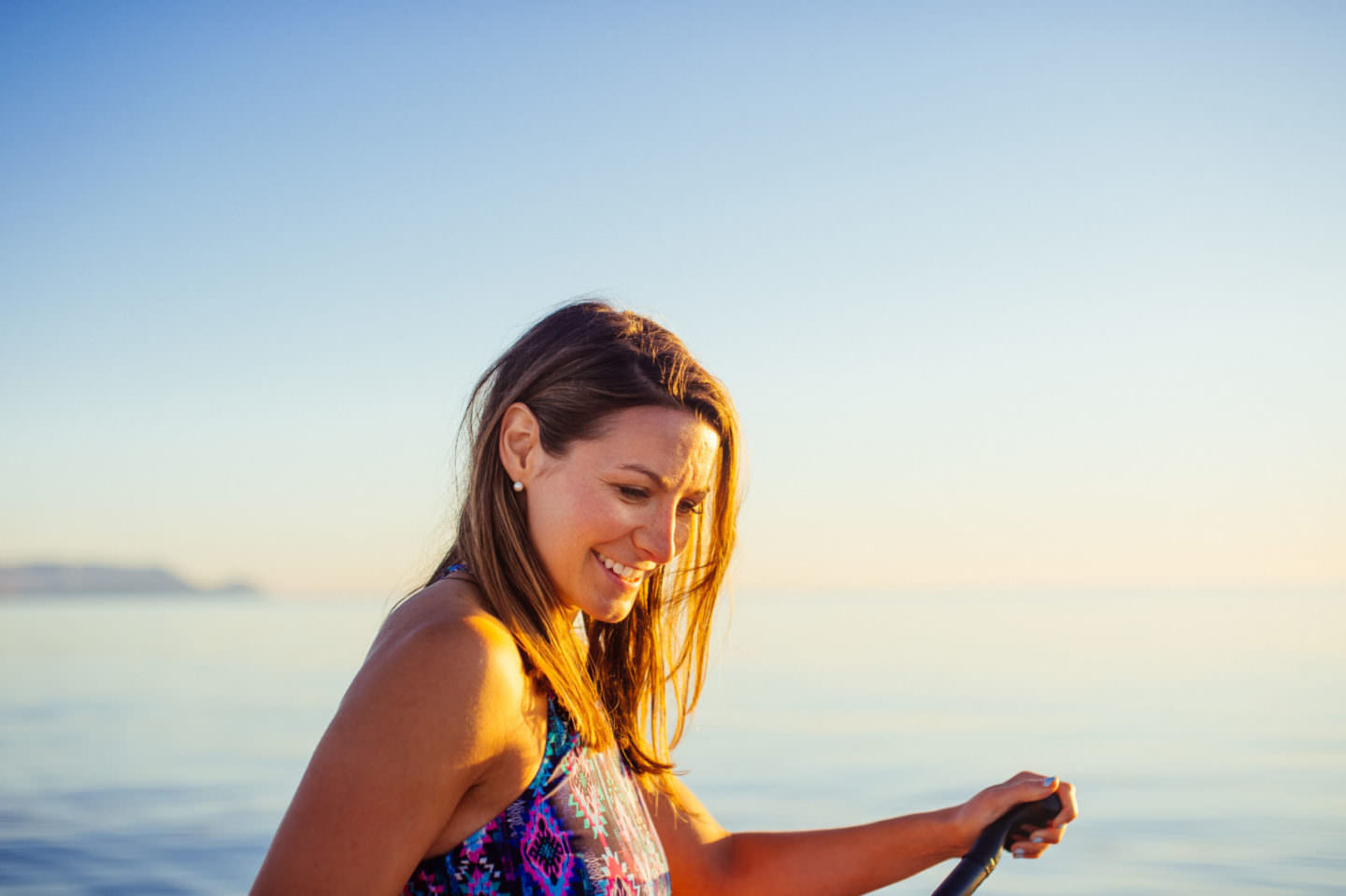 I have to admit, I nearly fell asleep during our 9.30 am Pilates class. It was so relaxing, set amongst the trees providing natural shade. This beginner class was a great stretch for tired muscles and although it nearly sent me to sleep with the slow flow, I felt much better afterwards. However, we were in need of a pick me up, so we headed to the poolbar for an iced coffee before jumping in to Aqua Fit. 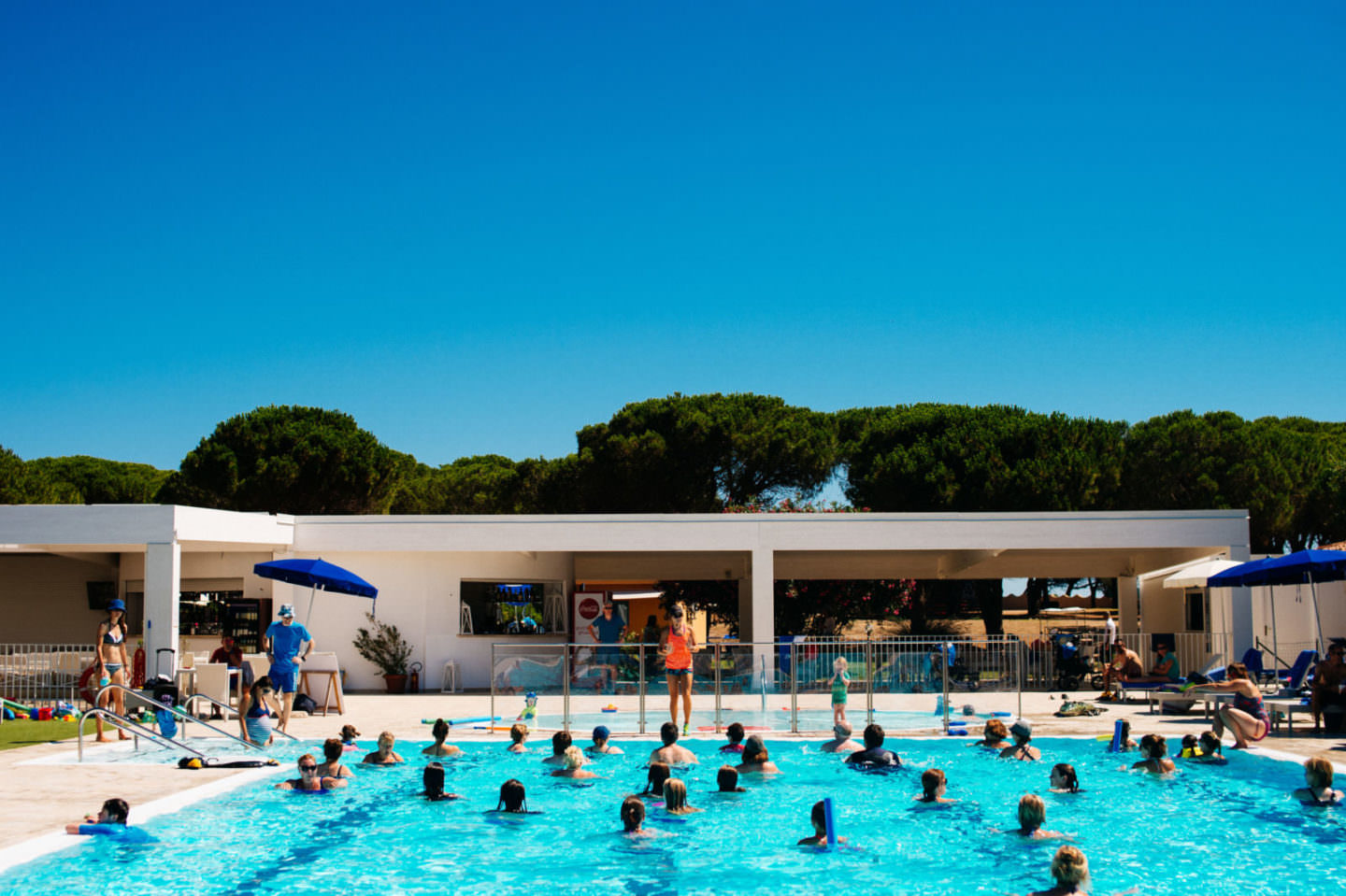 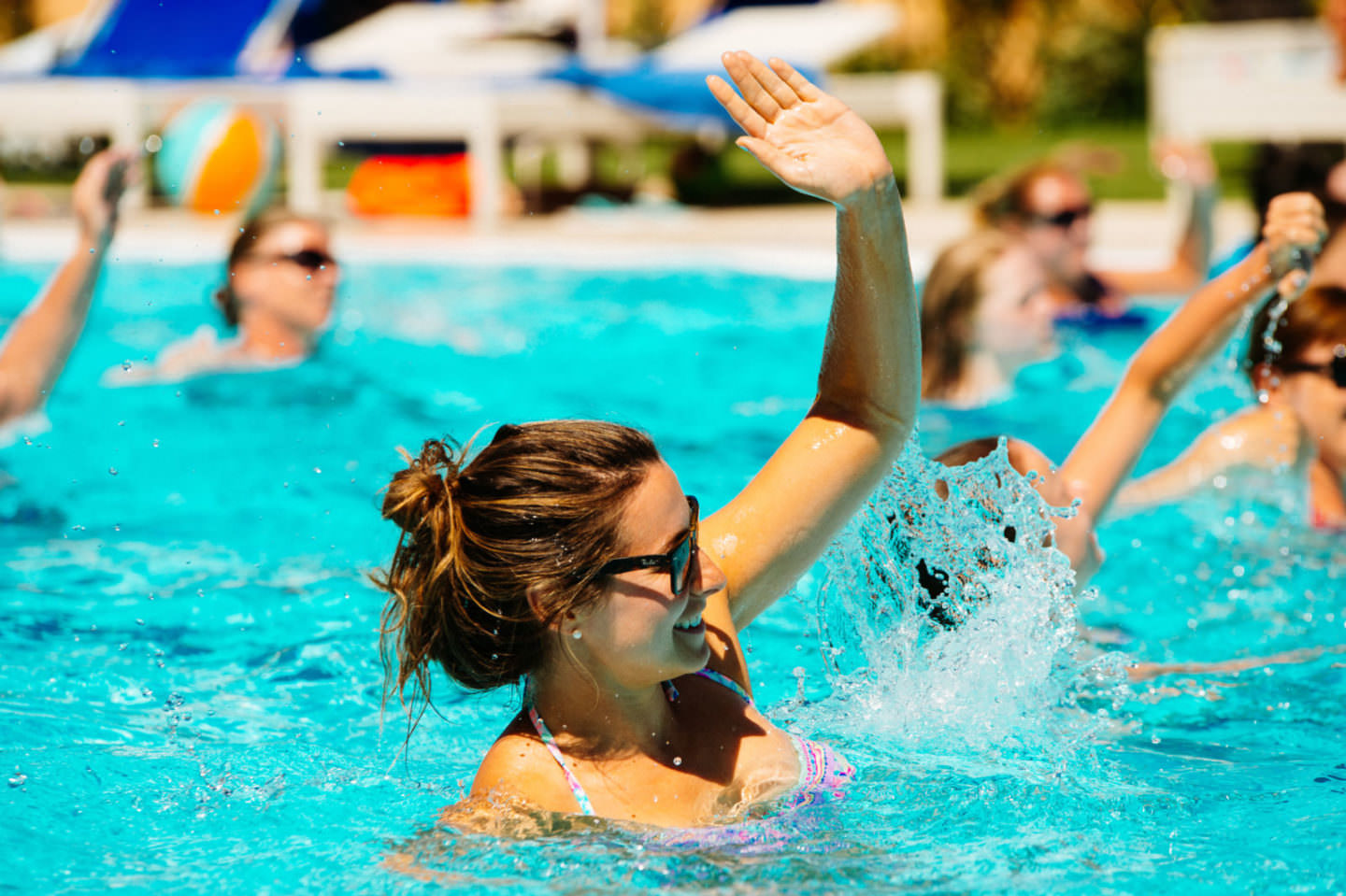 I’ve done Aqua Fit a number of times (at uni when we were too unfit to do anything else!) but this one was so much fun. I have no co-ordination when it comes to dance or aerobics moves but neither did anyone else it seemed and the priority was to enjoy yourself. My sort of workout!!

As if we didn’t have a jam packed enough morning, our afternoon included a road bike ride, another trip out on the Cats, finished off with a round of Booze and Balls. 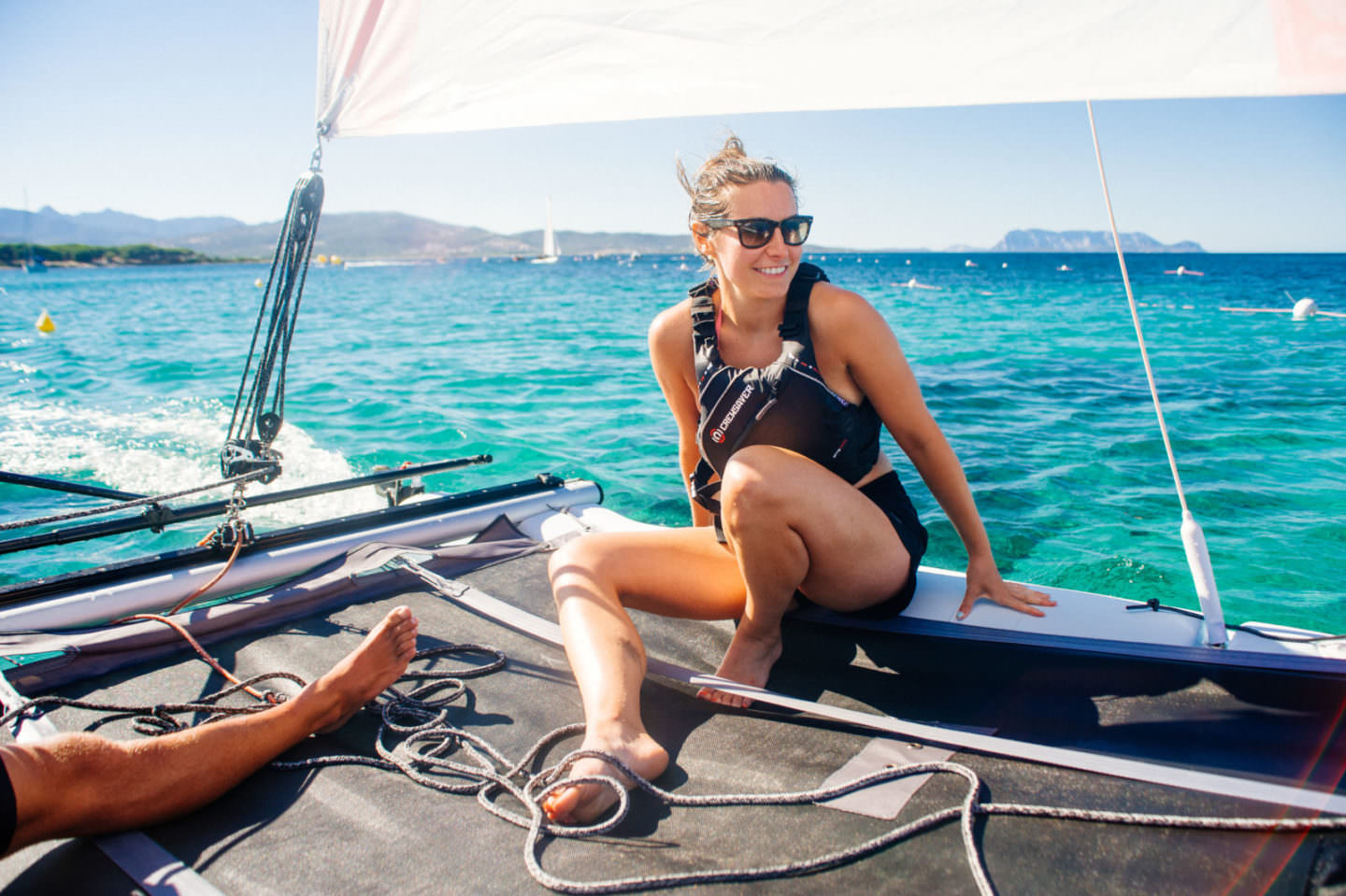 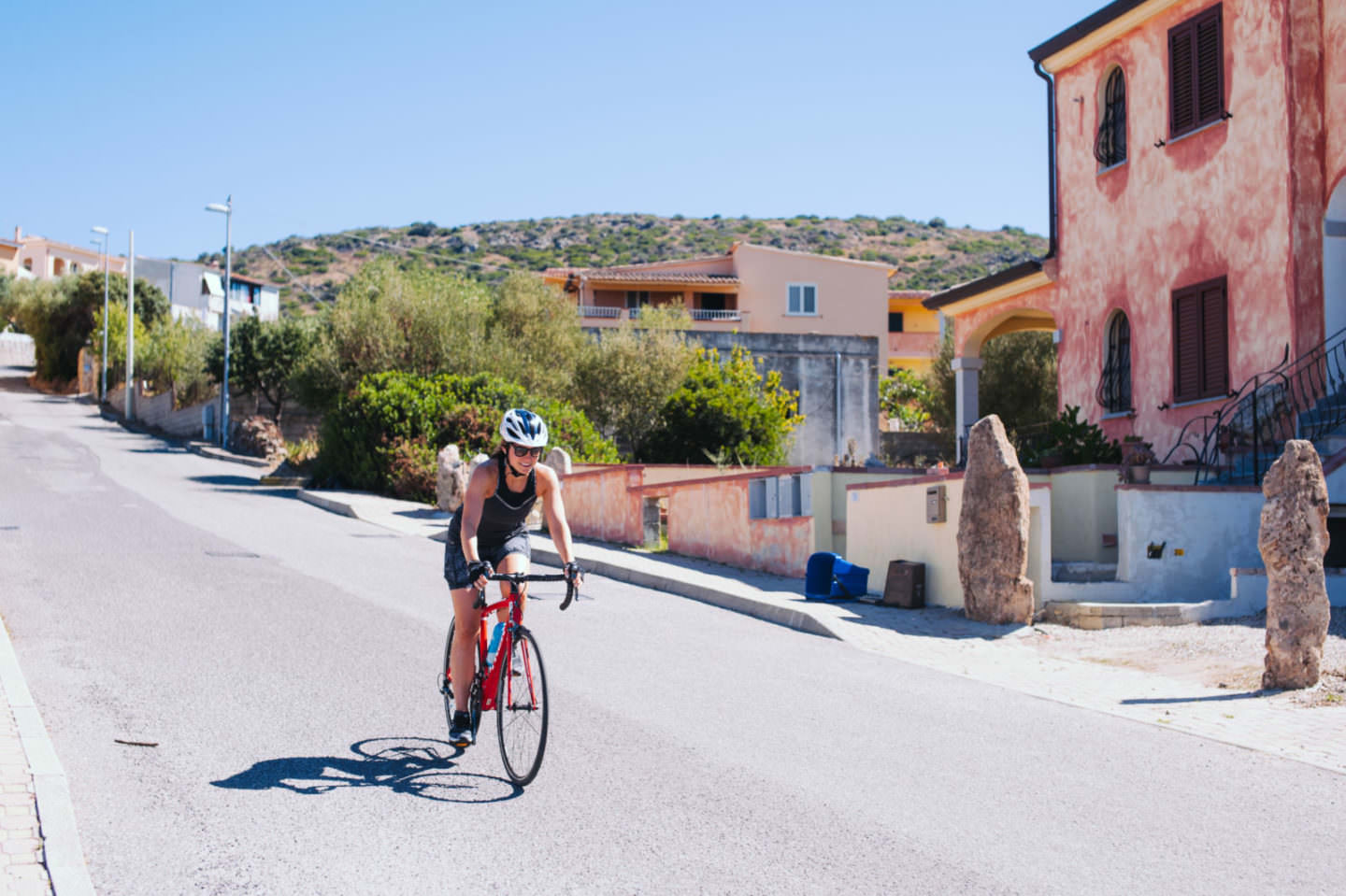 Having not been on a road bike for quite a while,I was apprehensive about our ride but the coaches are there to cater for all levels, whether you’re a beginner who wants to improve their confidence or training for the E’tape. Infact, I’ve only ever seen as many people in lycra in Richmond park on a Sunday morning. There were some serious keen beans.

Although the first hill was tough, I made it up more easily than I had on the mountain bike (or lets face it, running!) and was rewarded with insane views across the bay. With cycling groups arranged in the same way as ski runs; green = beginner, to black = very advanced (the same goes for the tennis groups), we opted for a green road ride and covered about 8K on our ride. The instructors were encouraging, informative and seriously passionate about their sports. 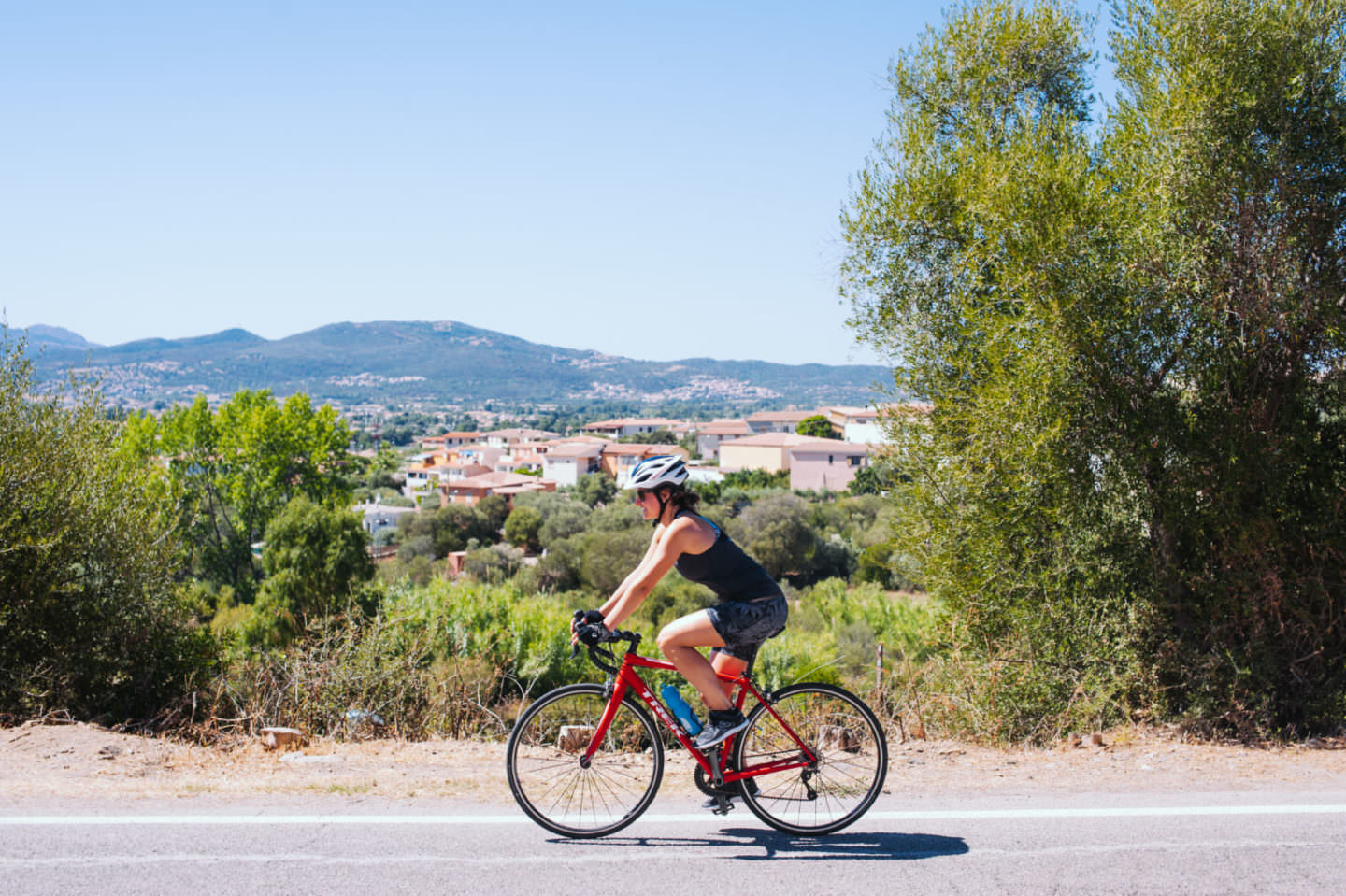 Booze and Balls is somewhat of a institution at Neilson apparently, and is a tennis game (I use the word tennis loosely) that involved a racket in one hand and a beer or Pimms in the other. We played the North vs the South, with games including pass the racket, bobsled (when you’re out you have to create a bobsleigh on the court and if you’re hit by the other team then their bobsleigh is freed), and an extreme game of cricket tennis. I was surprised to stay in for so many rounds – we were so enthused after the session (and a couple of very very strong Pimms) that we signed up for a tennis lesson the following day!

That evening we walked along the beach to a restaurant nestled within the trees of the neighbouring park reserve and enjoyed an incredible Italian meal of lobster spaghetti and pizza. Seriously delicious. 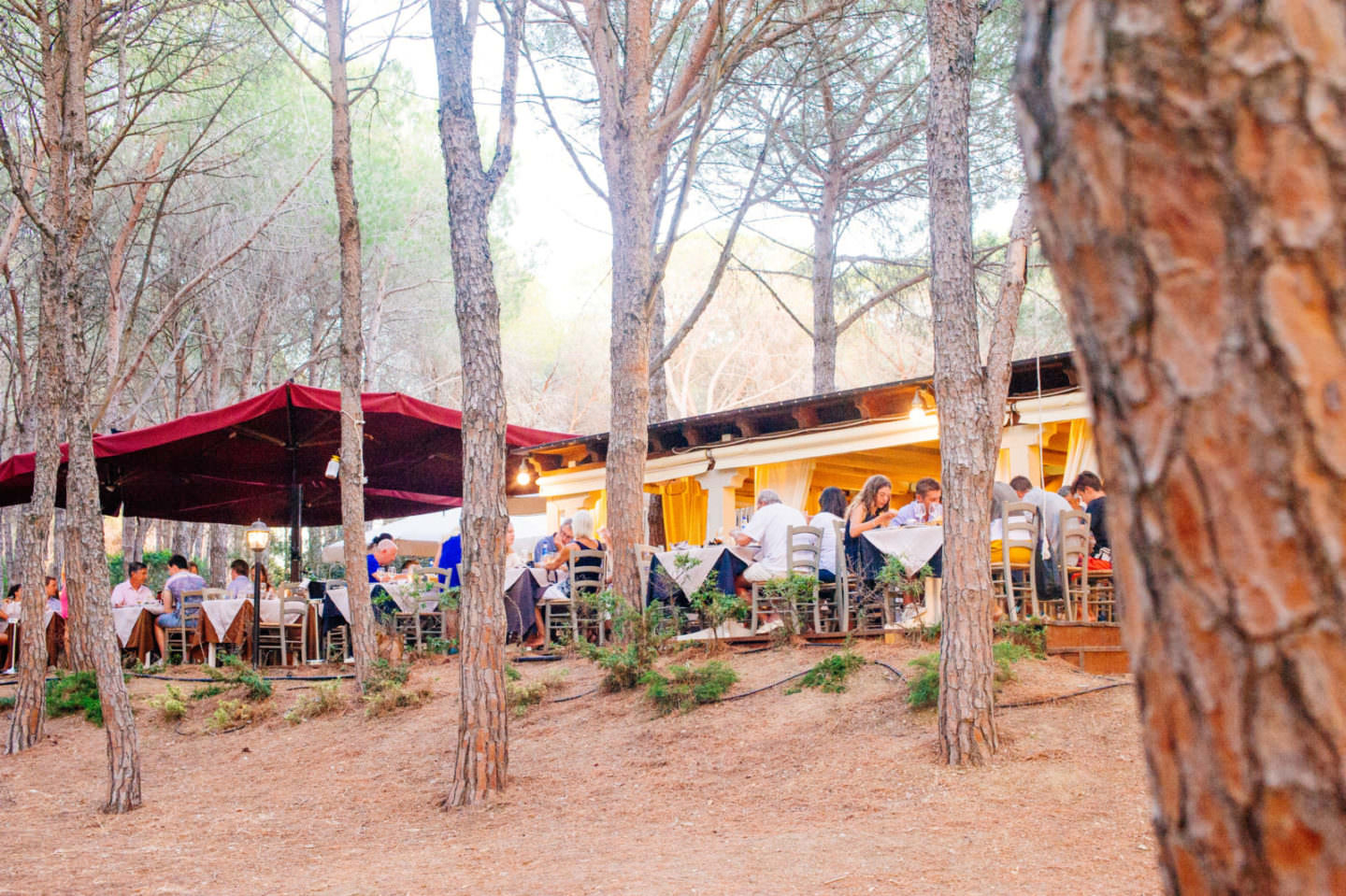 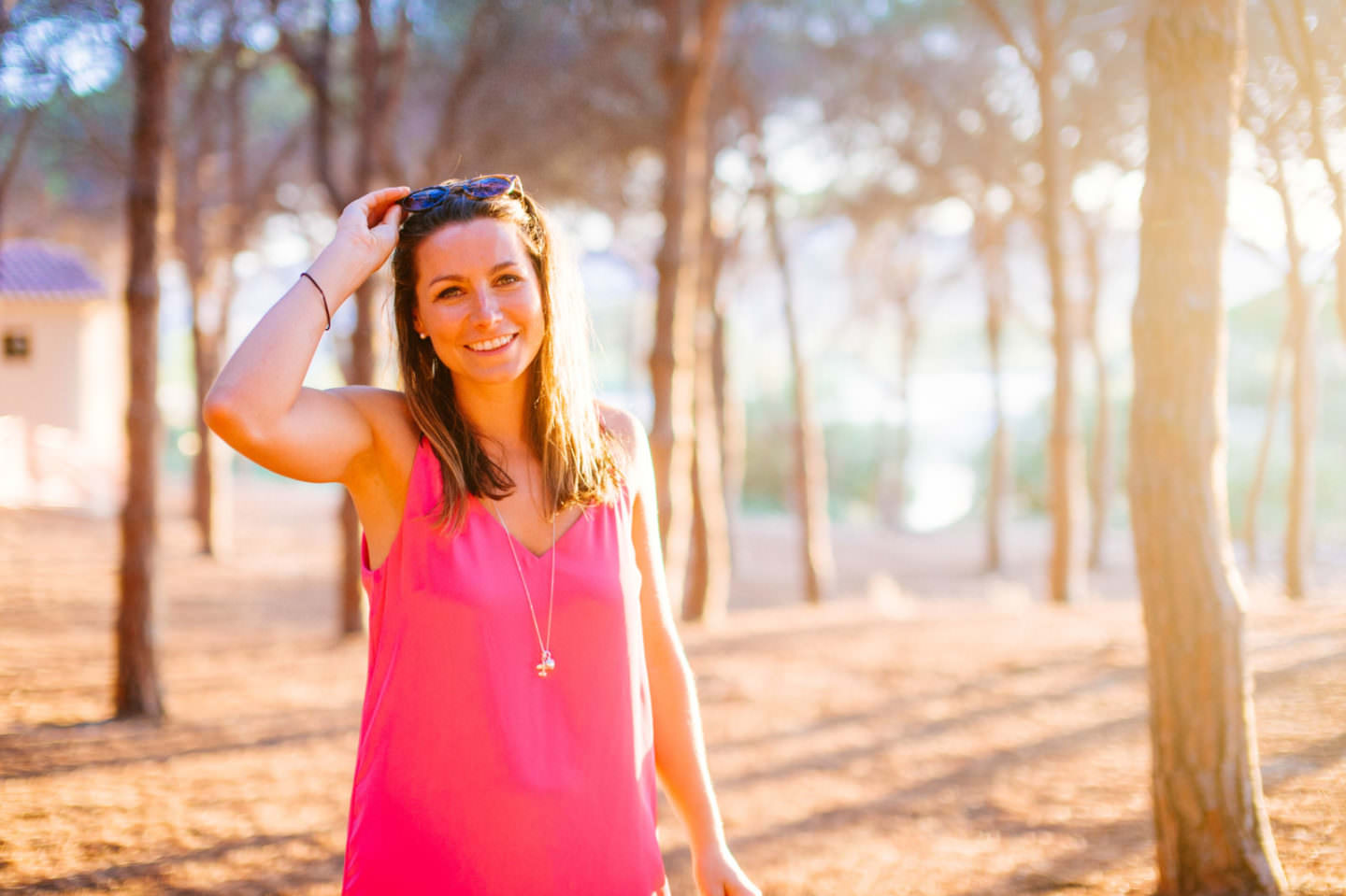 Talking of food, although the resort is run by Neilson, the actual hotel/catering etc is provided for by a local company and there are some very local dishes. Breakfasts were perfect with continental and cooked offerings, however we found some of the lunches a little disappointing. Although there was always pizza and chips if you couldn’t find anything else. The dinners were certainly the highlight meal with plenty of fresh salads, seafood, grilled meats and vegetables (plus of course pizzas and pastas), and a selection of desserts. I would say its not fine dining, but its quality food that will fuel you for your activities. The rose isn’t bad either 🙂

All photos by the wonderful Anna Jackson