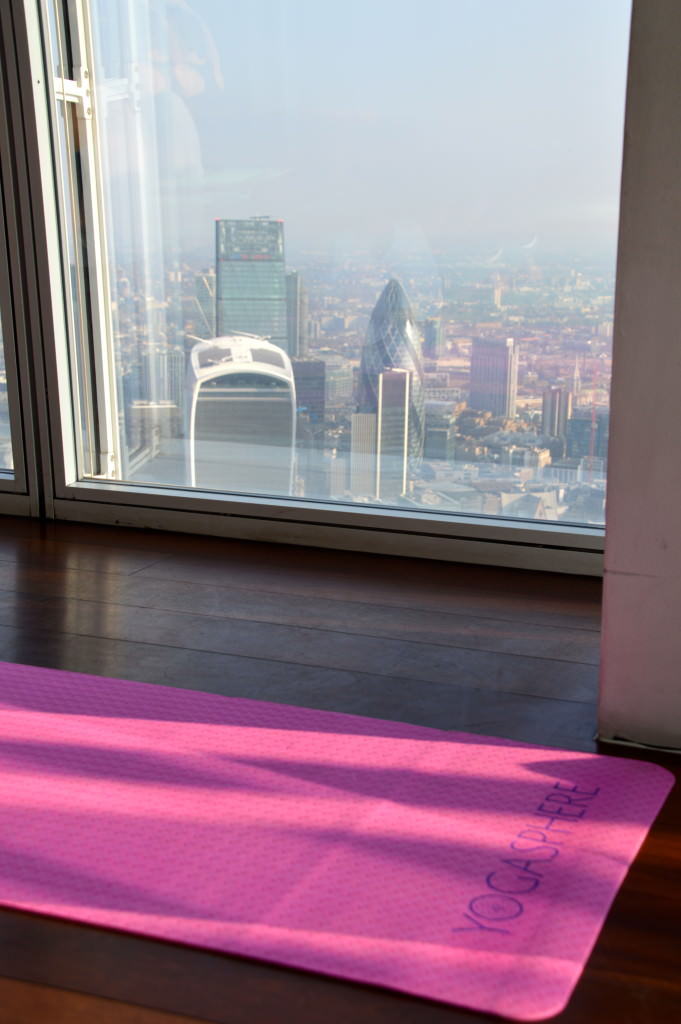 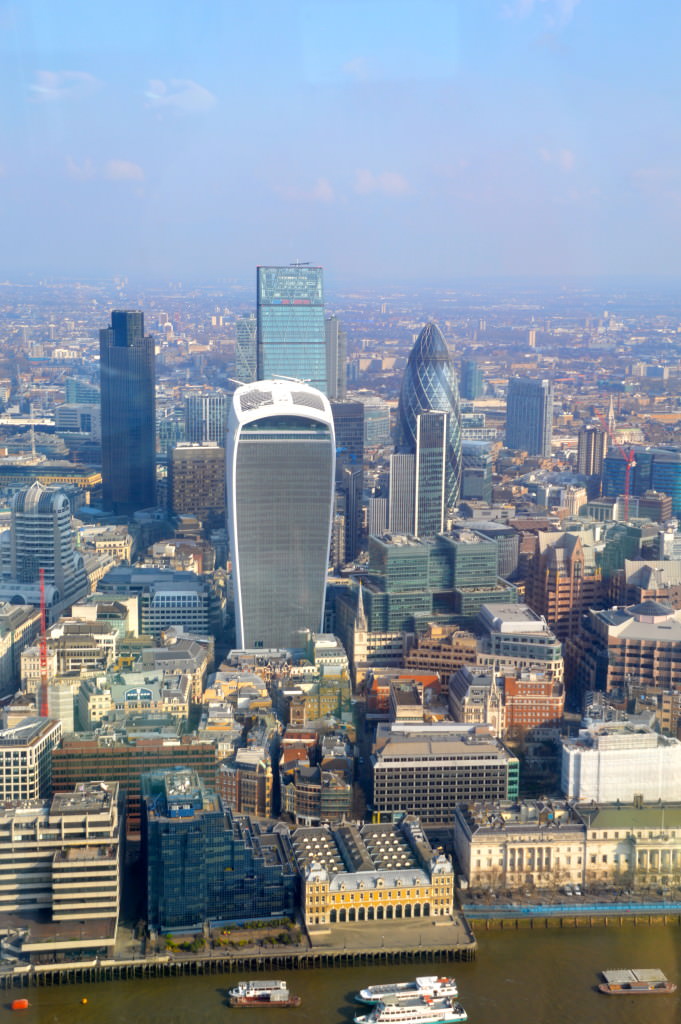 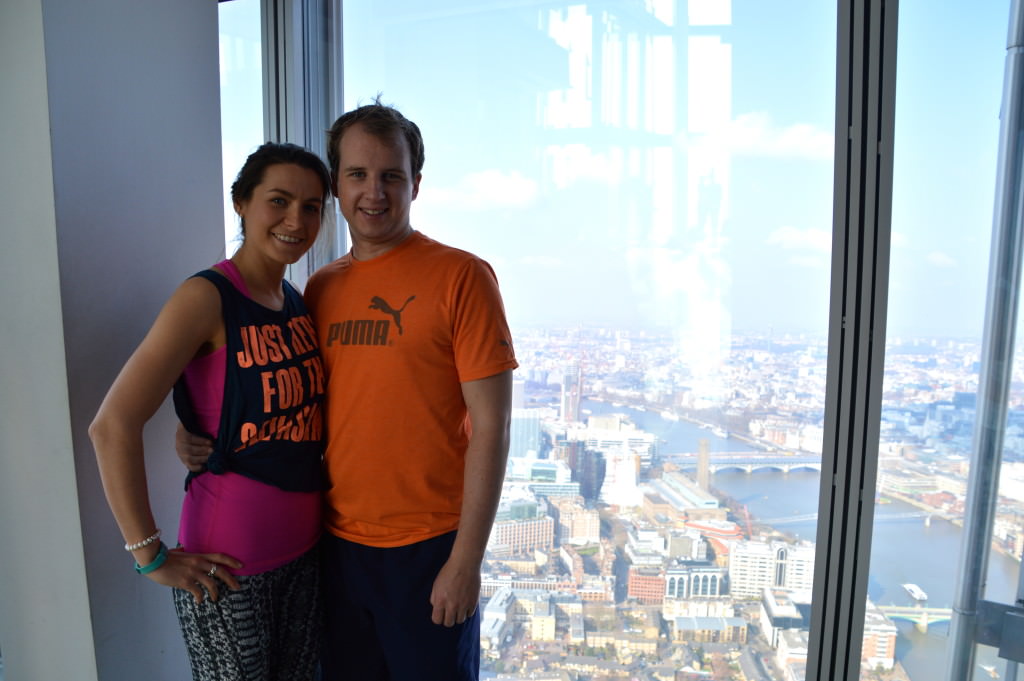 I work right next to The Shard, so I see it everyday but have never been up to the viewing platform. I’ve been reluctant to pay for a ticket, and was waiting until I had a bar or restaurant reservation up there to enjoy the view. However, when I heard they offered yoga classes, I couldn’t wait to give it a try. At £40 the class, it isn’t cheap, however when you take into consideration the £25 ticket for the viewing platform, your class is actually only £15.

Class starts at 8.15, however they recommend you get there 15 mins early to clear security. We’re glad we did, as we managed to get great mats next to each other, and randomly behind Sinitta (you remember her from X Factor). 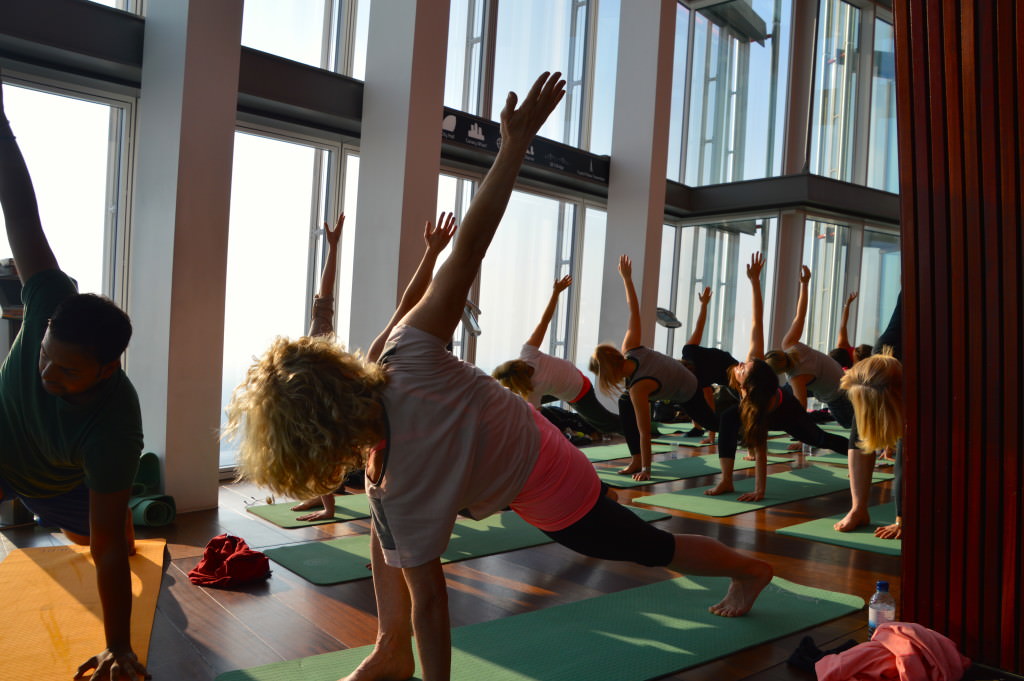 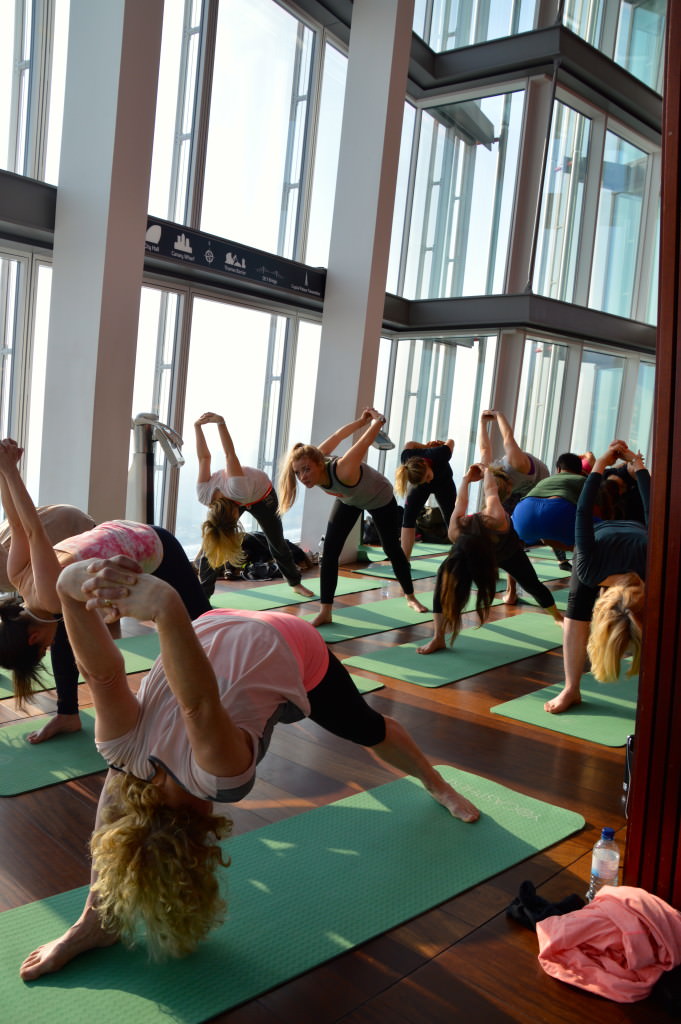 The class wasn’t hard, and so was perfect for Tom’s first yoga experience. How ridiculous that his first yoga class is the highest yoga class in the world! It’s suitable for all levels and all ages- there were kids and grannies there, plus a mix of men and women.

As much as I like studios with soft lighting, there was something amazing about practising yoga with the light streaming in from the floor to ceiling windows. I found it incredibly peaceful and relaxing. 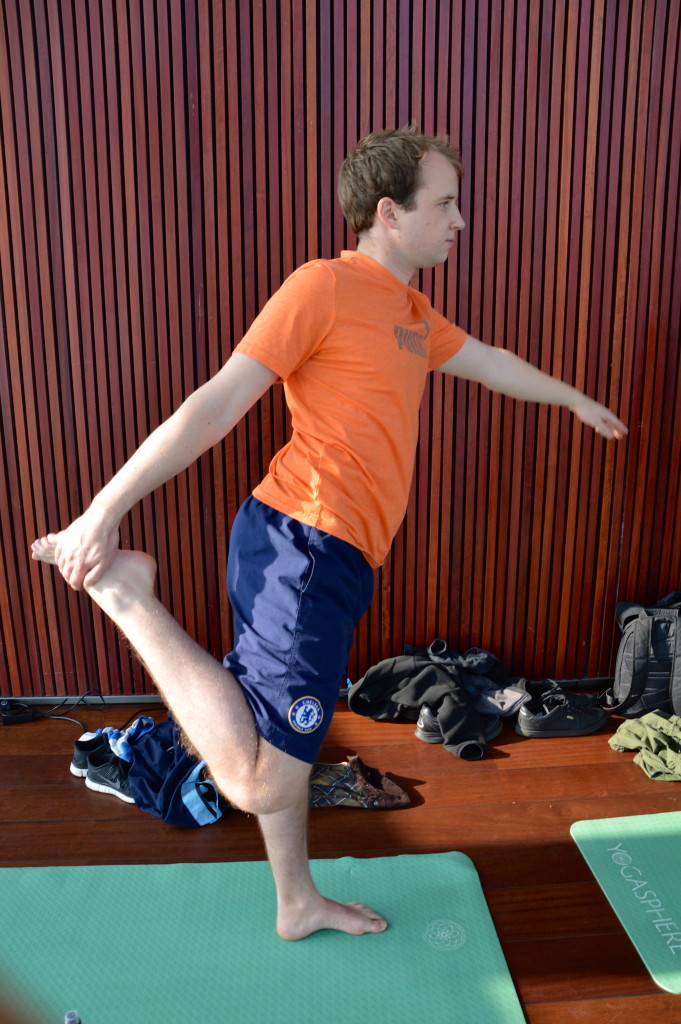 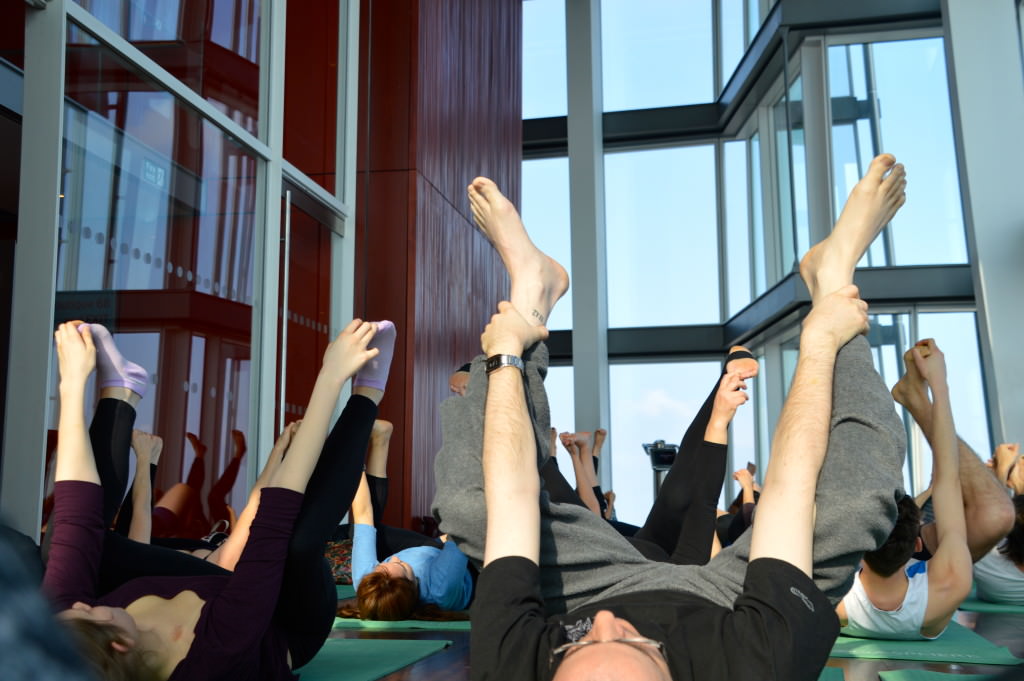 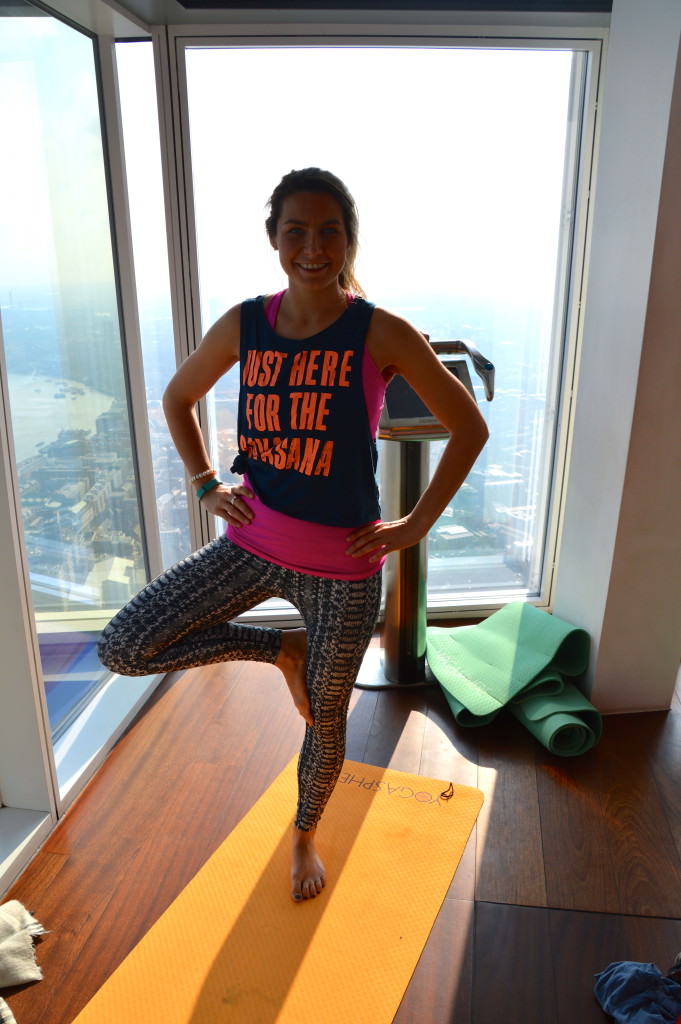 After our class, we were given freedom to take photos on both of the viewing platforms, including plenty of yoga poses at 1000ft!A huge plus was we had it to ourselves. Yoga class sizes are limited, meaning you’re sharing the platform with a much smaller group than with a traditional ticket- well worth it for uninterrupted views. Tom and I then took ourselves off for breakfast at Borough Market, we ate at Roast, which was good but pretty expensive.

You can book your own sky high yoga class with Yogasphere. It would make a great addition to a tourist trip to London, or as a birthday, anniversary or Christmas pressie! 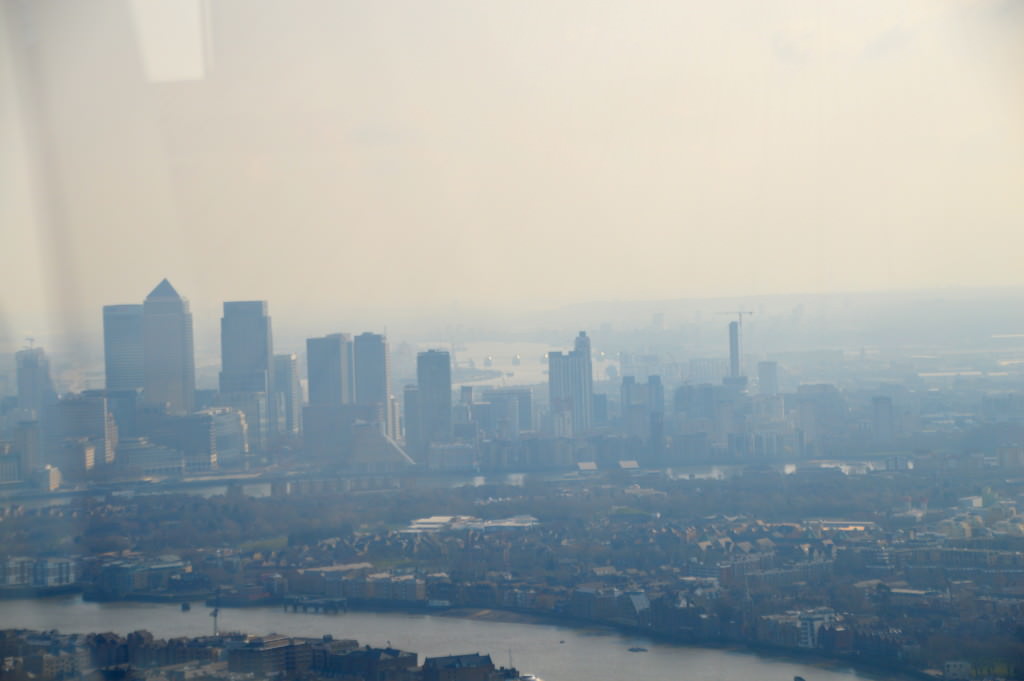 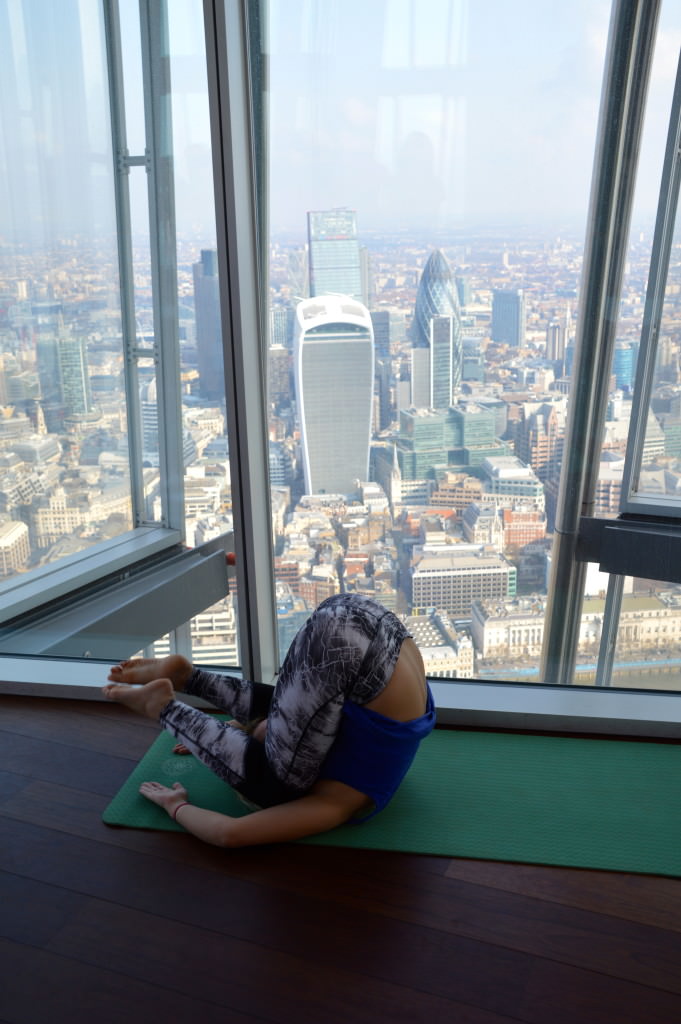 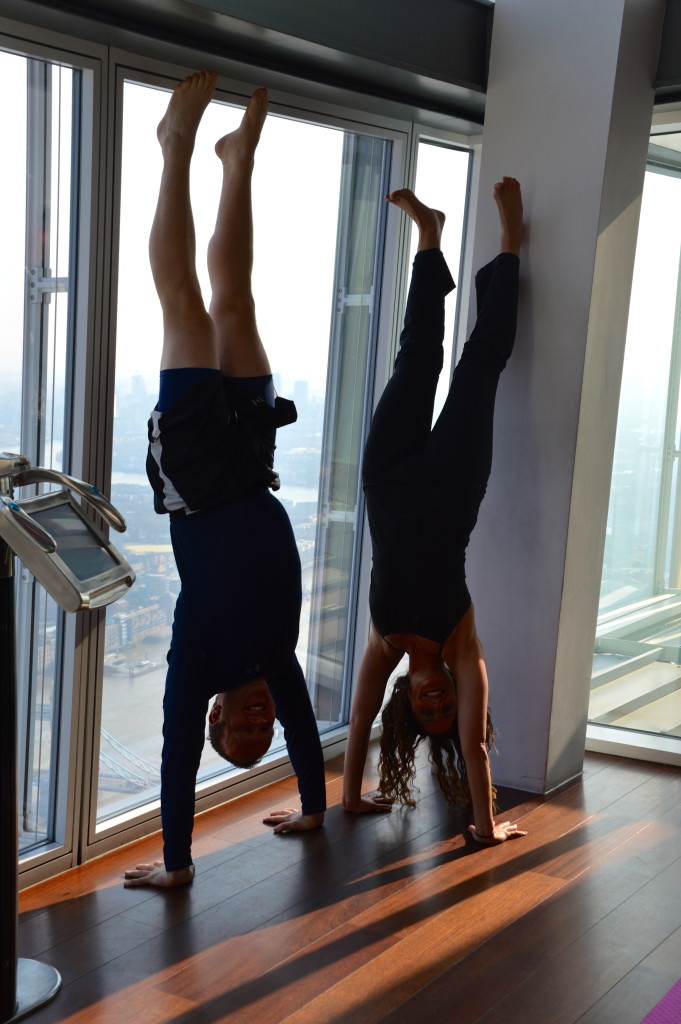 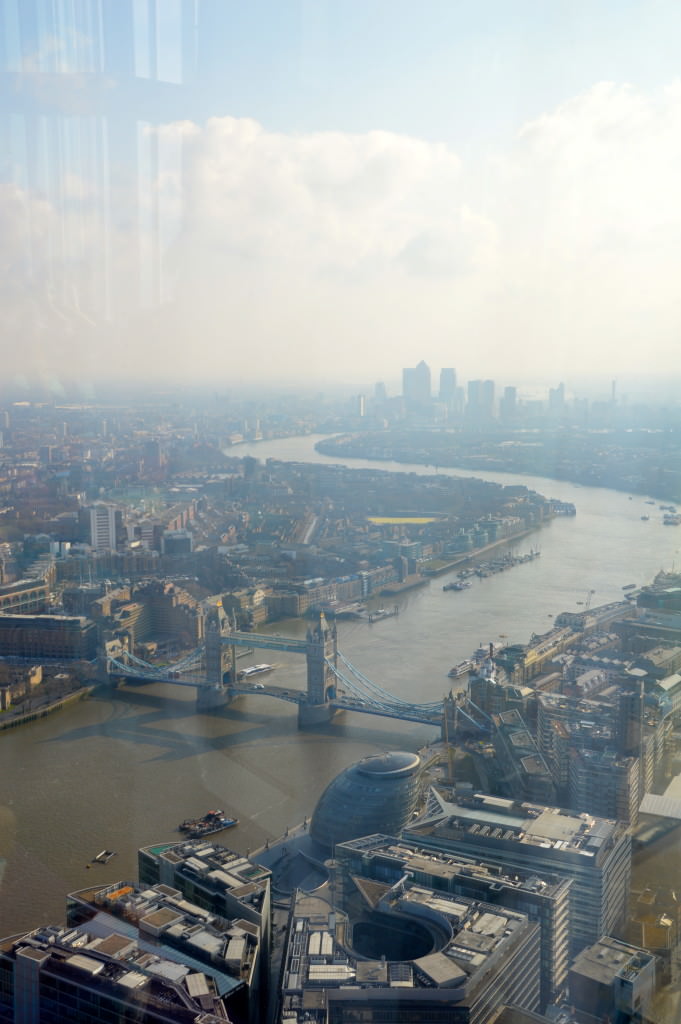 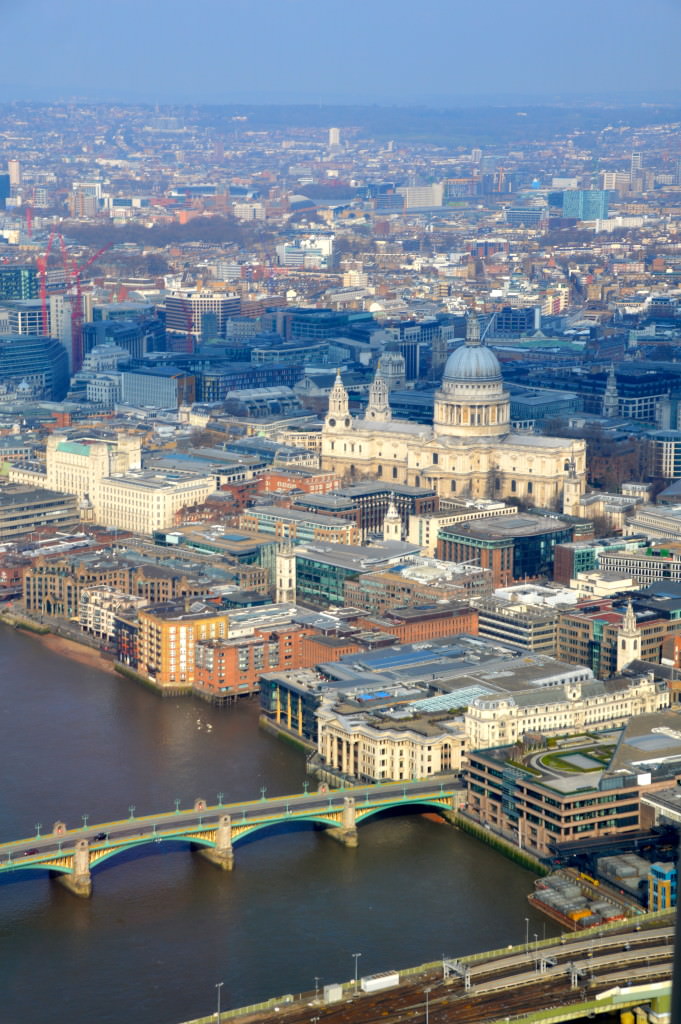 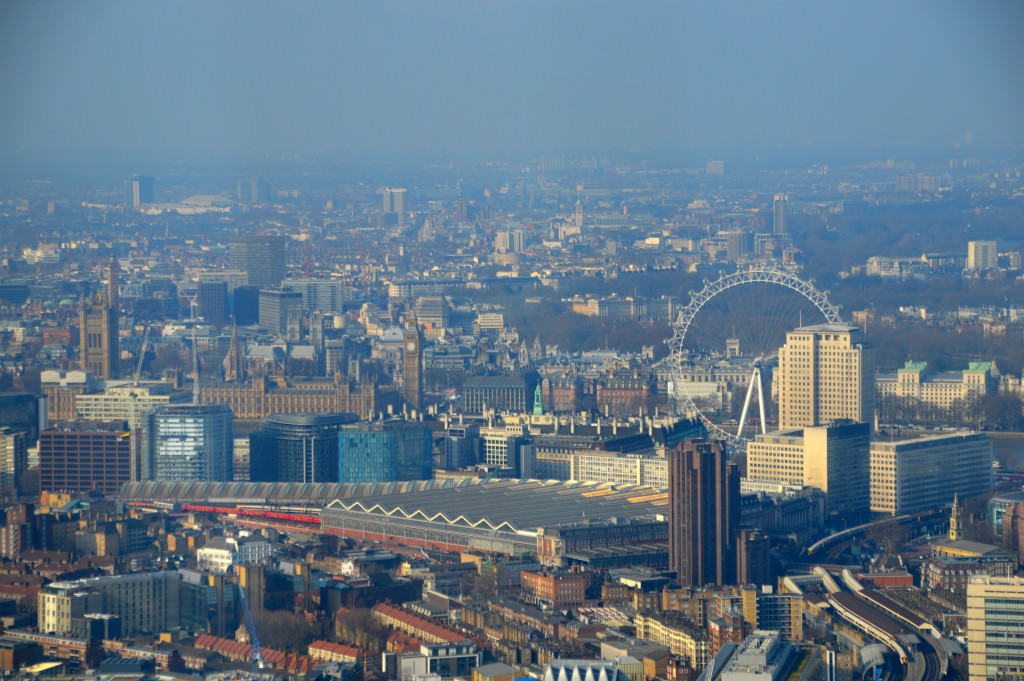 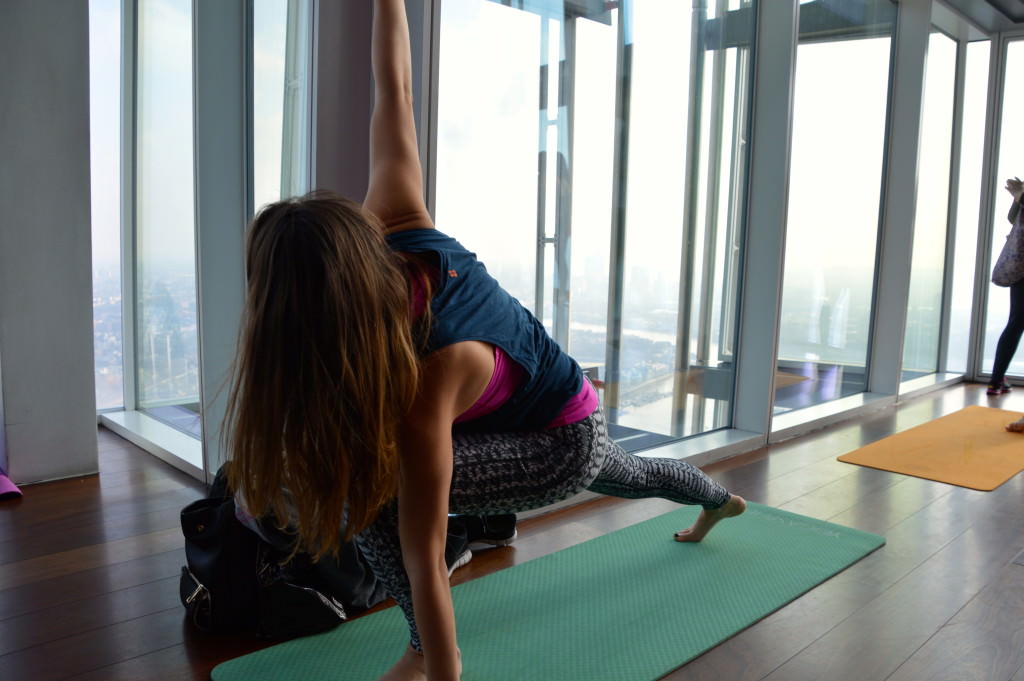