There are a couple of ways to get tickets for Wimbledon; 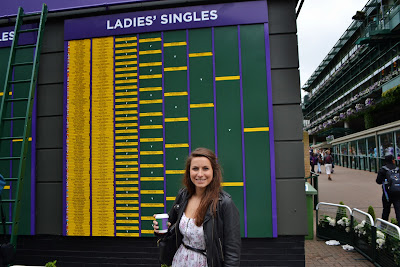 We were lucky enough to get tickets through the public ballot to see the Men’s Quarter Finals. Before some of the surprise knock-outs in the week, we thought we might get to see Federer vs Nadal! Sadly that was not to be, but we were able to watch Andy Murray! 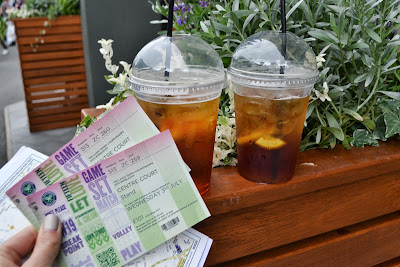 We started our morning on the open courts, watching some of the Boy’s quarterfinals. We accidentally sat in one of the family areas, which was a little awkward as we had decided to support the other guy! 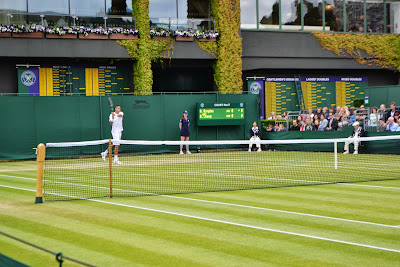 Our tickets were for Centre Court, where the first match Ferrer vs Del Potro started at 1pm. We’d brought a picnic with us from M and S, which we ate (quietly!) whilst watching the match. 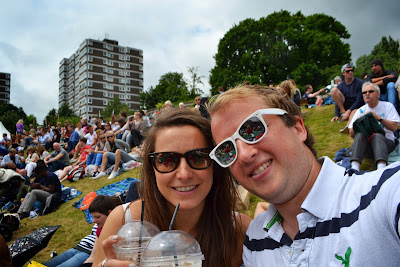 Del Potro fell during the first game, and was laying on the floor for about 10mins while the doctor was called. Everyone was worried that he would have to forfeit the game, luckily for him, and us, he pulled through and played a brilliant game and beat Ferrer in 3 sets. 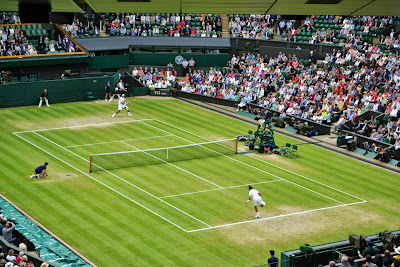 In the break between matches, we nipped out to get Strawberries and Pimms- Wimbledon classics, and bumped into some friends. HSBC were giving their customers vouchers for free strawberries which was really nice. Be warned if you go to Wimbledon, that the Pimms are seriously expensive! 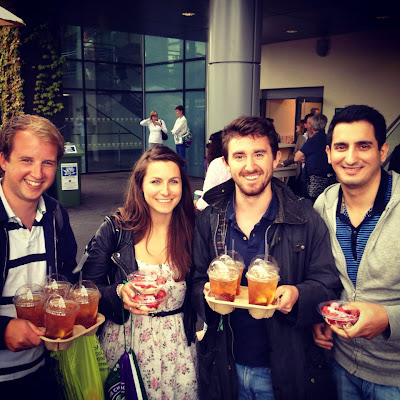 The Andy Murray match was seriously tense, with the whole crowd behind him. Despite playing badly in the opening two sets, he managed to come back to beat Verdasco in 5 sets. 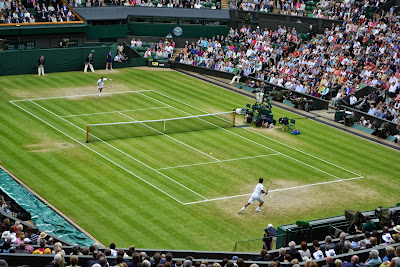 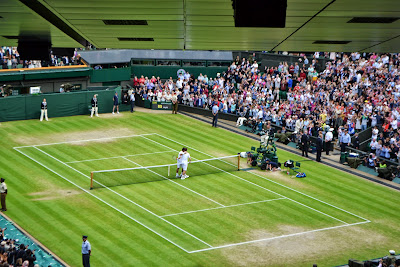 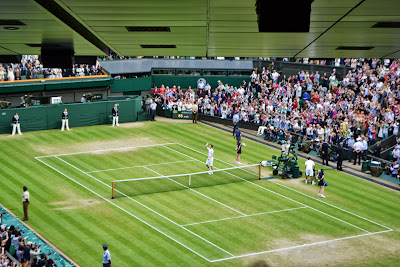 Verdasco played, and served brilliantly, and certainly looked like the stronger player in the first two sets. But somehow, Murray crawled back to win! I was in New York, when we found out that Murray had won Wimbledon. As Brits, we were so proud and so pleased that he’d finally taken the title! 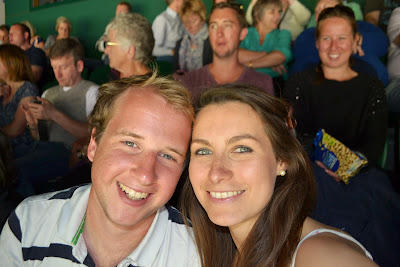 I loved Wimbledon, and had a great time on Centre Court (first time on one of the major courts!) What is your favourite sport to watch? Or what would you really love to watch? I’d love to have tickets that were a little closer to the action for another match, we were quite near the back!!