Another action packed day on the Desert Island today. It started it ridiculously early for a holiday, at 5.50am to go on a Wildlife drive around the park. 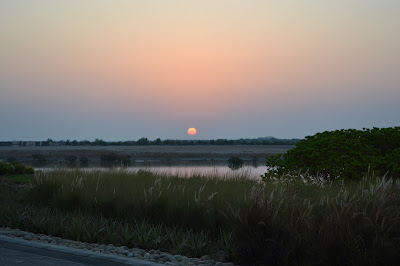 The sun was just rising, the light was beautiful and it was nice and cool out. Perfect.

The wildlife in the park has all been introduced to the island over the last 40 years, some of them are indigenous to the Arabian Desert, whilst other species have been brought over from India and Africa. There are 15 giraffe on the island, given as a gift to Sheikh Zayed, the man who created the island and park. We were lucky enough to see one up quite close. (Ali would have loved it! 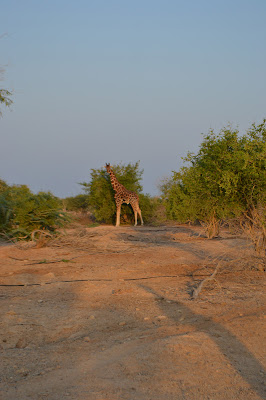 There are also Cheetahs, Onyx, Gazelle, Spotted Deer, Peacocks and a variety of other animals in the park. We were fortunate enough to see quite a variety on our early morning drive. Apparently it’s the best time of day to see them as it’s feeding time. Many of the animals are fed, all except the predators. 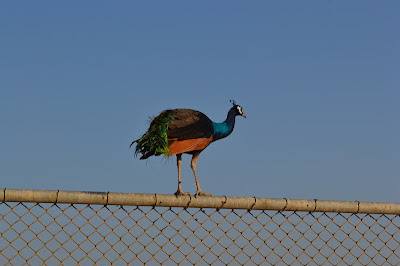 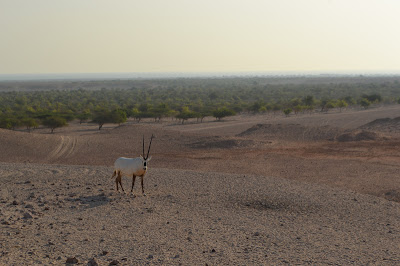 There were also a number of Ostrich in the park. One of them was really tame and came right up to the vehicle and nibbled my hand! Mum was too nervous to let it nibble her! 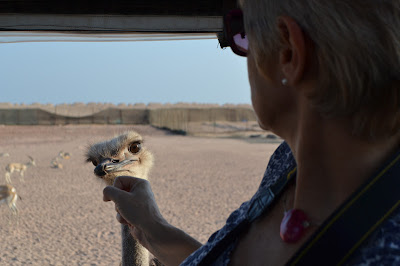 After our drive we had breakfast and hit the pool area, where we stayed for the remainder of the day, until it was time for activity number two. Kayaking! For some reason, my Mum loves Kayaking, although I think she loves the idea of kayaking, more than actually doing it. 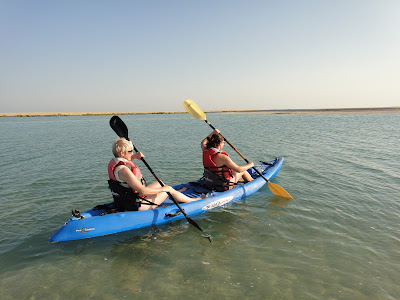 We drove to a spot around 15mins from the hotel, and got kitted out with lifejackets, oars and kayaks, before setting out on the lagoon. We paddled out to the mangroves and through them- it was quite tricky to manoeuvre through them. 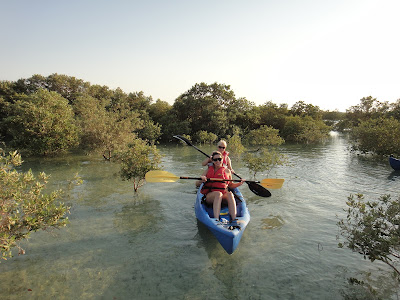 But all good fun! Our guide Ted is obviously pretty well practised, we watched him zip through the bushes all whilst standing on the kayak- apparently it’s a better workout! Probably not something I will be trying, but it looked a little like paddleboarding. 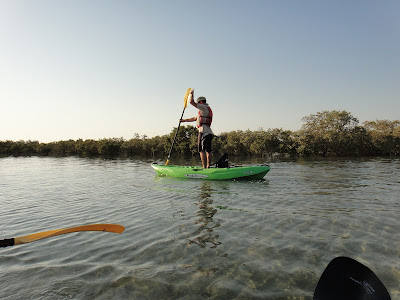 We ended up kayaking for about an hour in total, great upper body workout. It’s our last day tomorrow and I am going to be so sad to leave the sunshine behind.