I recently recorded an episode for the Cook Eat Run podcast with Sports Dietitian Alex Cook talking about how to fuel for a run, in particular about what to eat before a morning run, and why it might not be the best idea to run fasted. Listen here!

What To Eat Before Running in the Morning 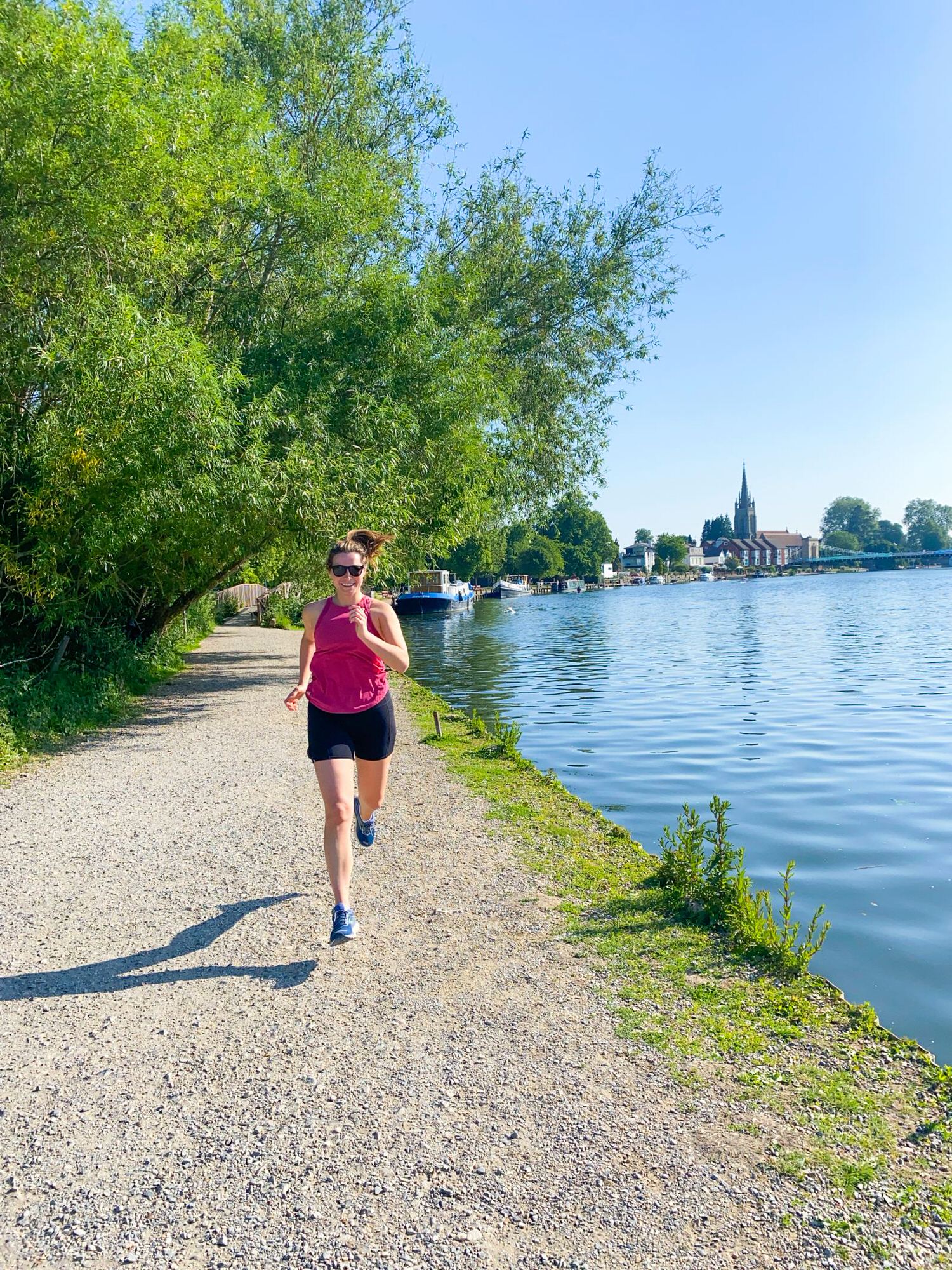 Should you Eat Before a Run?

I’ve often done a lot of my runs fasted, for no other reason than I don’t want to get up any earlier! However, during the conversation with Alex, we discussed the importance of fuelling for your run and the impact of running fasted.
There’s plenty of research which says that fasted running can be advantageous to some runners in the sense that it can make you slightly more fat adapted. Which means that your body gets a bit more used to using fat as a fuel. However if you are a middle distance runner, who will be using carbohydrates predominantly during their event, being fat adapted is not necessary. For those of us who are Marathon and Ultra runners, we will use a lot of fat when we are running. We use carbohydrates as well, but during a marathon and especially during ultras, where the intensity is much lower and you are running for longer, you are going to be using fat as a fuel as well.

However, training itself helps us become fat adapted anyway.

The basic theory behind running without breakfast is that you fast overnight, when your muscle glycogen stores deplete, then get up and run, you’re starting your run with your tank/glycogen stores half empty. Once you’ve used up your stores on your run, the body will keep you going by utilising fat stores.

Remember though everyone is individual. And whilst fasted running can work well for some people, others might not fare so well. Training fasted adds stress to the body because you’re asking it to perform without fuel. It can not only affect performance, but for those that are more susceptible to colds or have weaker immune systems, or those who are lower weight, fasted training can be very detrimental.

Ideally if you are doing fasted training, it’s at a maximum of twice per week. During low intensity runs for no more than 60 minutes. If you’re doing hill reps, speed workouts or a long run, your body needs more carbohydrates as fuel, and if you don’t have them ready to be utilised then yes, you’ll probably get through the session. But you probably won’t get your best results and could have knock on effects on recovery. 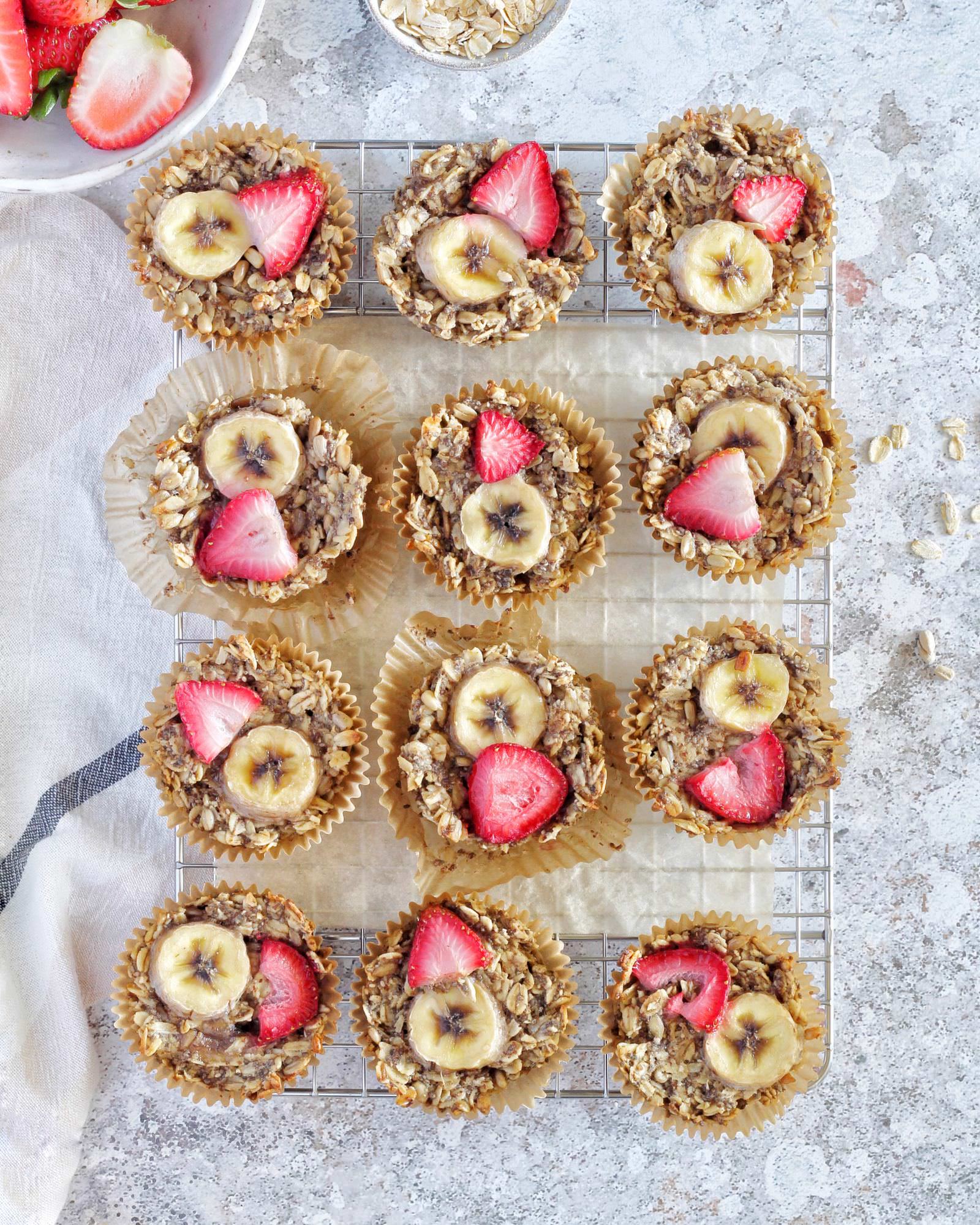 What to Eat Before Running in the Morning

Obviously this is very individual and will require some trial and error to establish what works best for you. Ideally you want to be able to digest your food before running. So you want to avoid high fibre foods, too much fat or protein because they slow down digestion. So you want to choose primarily carbohydrates, the type and quantity will be determined by how much time you have before your morning runs.

If you have less than an hour before you run…

Whilst a dietitians advice is normally to choose wholegrain options, before a run you want to choose foods with a higher GI. These are carbs that are easy to digest, such as white rice, white pasta or white bread. Something like half a white bagel with jam, a ripe banana, cereal bar or smoothie. This will help increase your blood sugars before you lace up and head out for your run.

If you have 90 mins to two hours before you run…

With more time to digest, you can be a bit more adventurous with what you eat before a run. Here you can have something with a mix of low/medium and high GI carbs, eg oats with fruit and milk, a bagel or toast with peanut butter and a banana, a bowl of cereal with greek yogurt or milk.

The key thing is giving yourself time to digest the meal before a long run. It should be high in carbohydrates and moderate in protein and fats. You’re looking at one to four grams of carbohydrate per kilo of your body weight.

For a sixty kg runner, that’s between 60 – 240g of carbohydrates in a pre race or training meal. That higher end figure is for an athlete who is maybe training twice a day or doing an ultra.

In real food, that looks like one to one and a half cups of muesli which is about 65g. Five weetabix is 50g. So you could eat three weetabix with a banana, add raisins and some milk, and that is going to give you a decent breakfast. For protein, we are looking at approximately 15 – 20g per meal throughout the day. 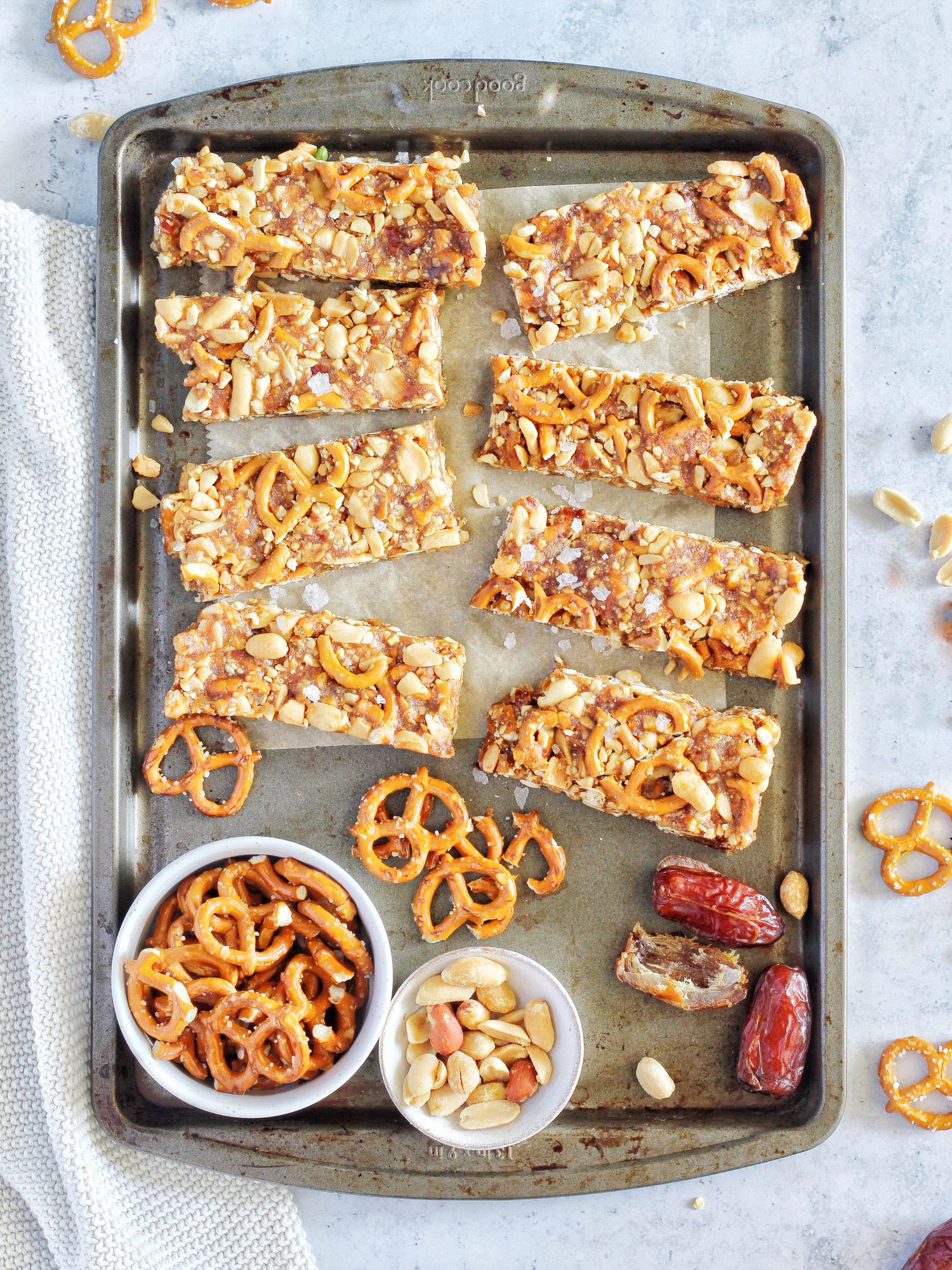 What about if you really can’t stomach food before a run?

If you really can’t handle eating before your run then you can ‘carb load’ the night before, making sure you have a carbohydrate rich meal the evening prior to an early run.

Alex Cook suggests that if you really can’t eat before going out for a 60-90+ minute run, then you might have to take something with you. This could be gels (these usually have 20-25g carbs each), an energy bar or sports drink. Alternatively you could take homemade running fuel like stuffed dates or berry chia bites.

How much water should you drink before a run?

Some runners struggle with getting a balance between being hydrated, and needing a ‘wild wee’ on their run. If you drink a litre of water before heading out, it’s probably not going to end well. But try not to let a fear of needing the loo stop you from drinking in the morning. Remember that a tea or coffee also contributes to your daily fluid intake.

Typically I’ll have half a glass of water before heading out, if it’s super hot/humid or I’m going into the run dehydrated, then I’ll take water with me in a handheld bottle or hydration pack.

What about your morning coffee?

For some a morning isn’t the same without a cup of coffee, whether this helps you ‘go’ prior to running, is just part of your AM ritual or provides that caffeine boost to help you on your run. Studies show that 3 milligrams of caffeine per kg bodyweight is needed for us to experience the optimum performance effect from caffeine. To put that into perspective a moderate Nespresso pod is 60mg whilst a Starbucks 8oz brewed coffee contains 180mg.

What to do if you have a sensitive stomach?

The gut is very complicated and even scientists can be baffled by it. What works for one person, might not work for another. And even if you find something that works, stress is just one of the things that can play havoc on your gut. Meaning, your usual breakfast just doesn’t sit as well on race day.

However, there are a couple of things you can try. The first thing to think about is your fibre intake, reducing it about 24 hours before a long run or race. Choosing white bread, removing the skin from your fruit and vegetables etc. You could try swapping oat based breakfasts to rice based cereals. Dairy can be an irritant for some runners. So it could be worth switching to either a lactose free milk or dairy free option before a long run/race.

Some runners say they experience cramps on a run. So they stop taking gels, stop the sports drinks and suddenly dehydration becomes an issue. Dehydration can cause stomach cramps, leading to bad stomachs. So making sure you carry on drinking water through the cramps, whilst you are out, can be quite effective. Read this blog all about runners trots, fibre and gut health.

If your bowel habits have changed, ie more urgency than before, then speak to your GP. 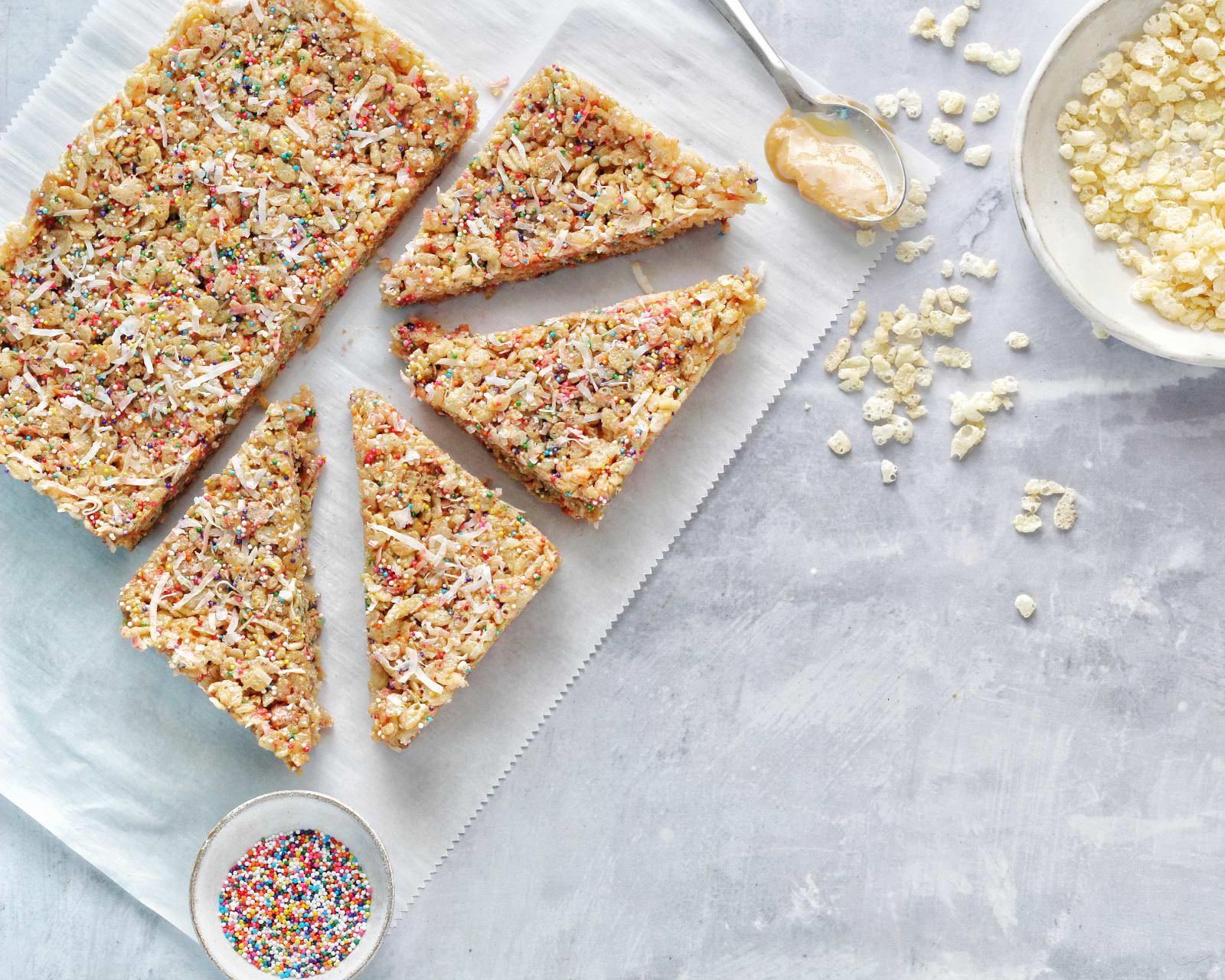 How should your pre-race morning fueling be different?

It shouldn’t! Whatever you eat on race day shouldn’t be new. It should be what you are used to eating before a long run. There should be time on those long run training sessions to eat a decent real food breakfast. So then you can do the same on race day. This may necessitate bringing your breakfast with you to the race venue and overnight accommodation. Or phone ahead to check with the hotel, that they have what you want!