This is the third year that I’ve run the Nike Women’s 10K in Victoria Park, and it’s so great to see that the race improves each year. Clearly they are listening to our feedback! The past two years the race was done in the evening- We Own the Night, this year I’m so pleased they decided to host a day time event.

Ashley and I had a relaxed morning, before getting the tube over to Mile End and walking up to Victoria Park in East London. Our plan was to meet up with Zoe who had kindly got us access to the media tent as part of her crew. We took advantage of the VIP bag check and loos with no queue before meeting up with Margaret and having a team photo. 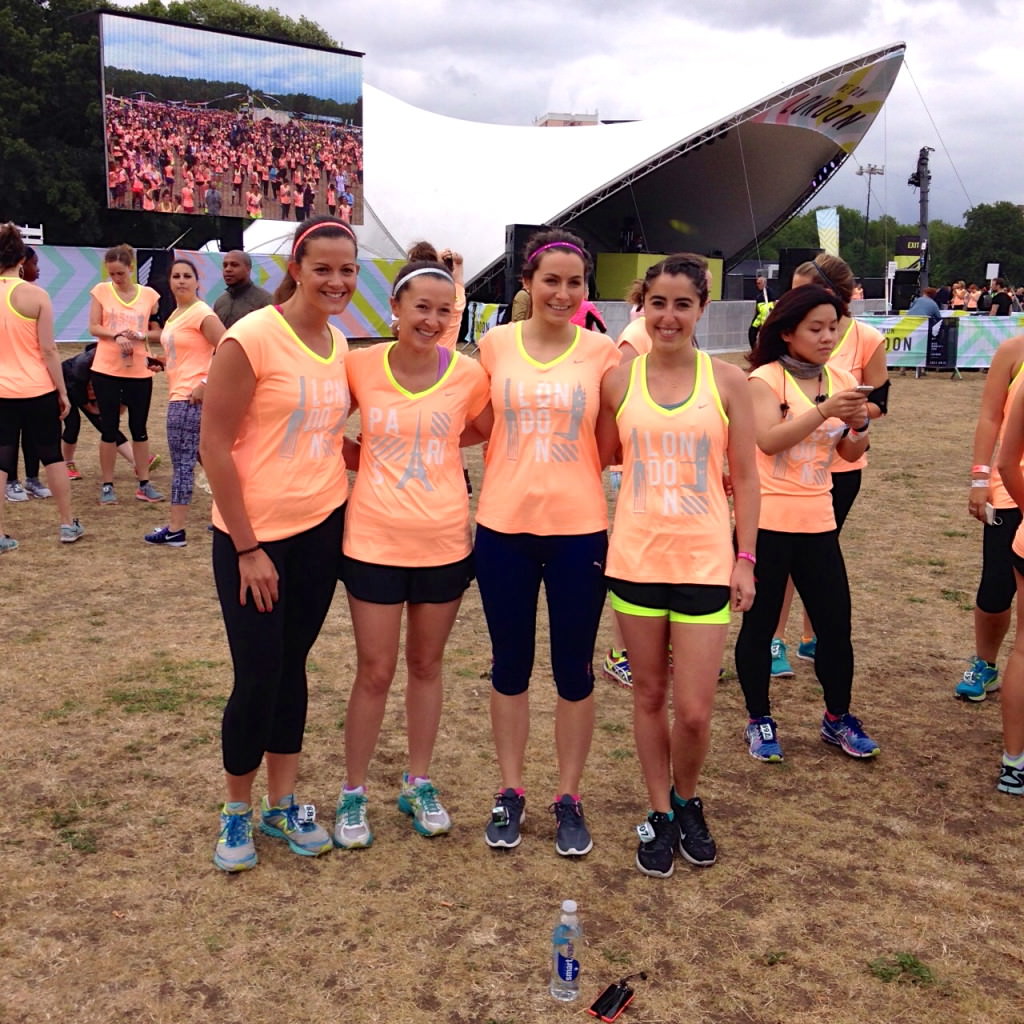 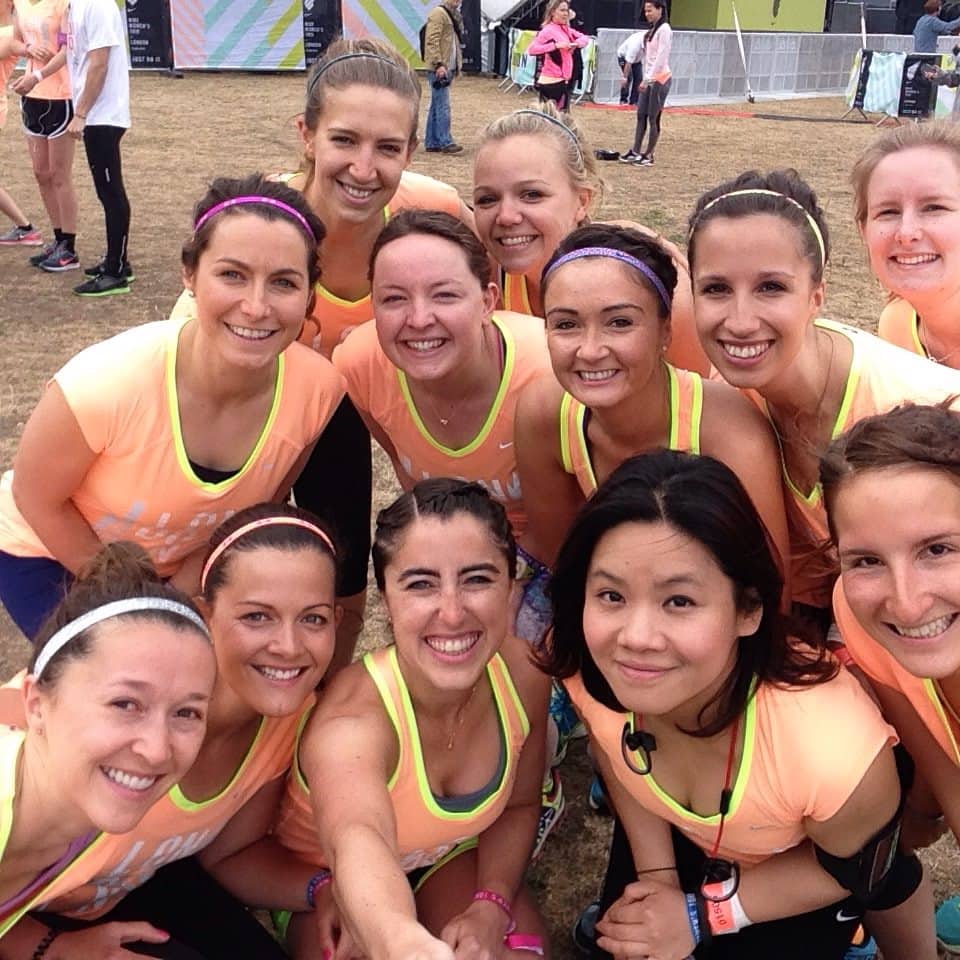 The walk to the start of the race was long, but organised, and I was glad we were in the first corral to avoid the busy course. After a fairly long warm up, the race was started (albeit a little late) by Ellie Goulding – so excited to see her in concert next week! 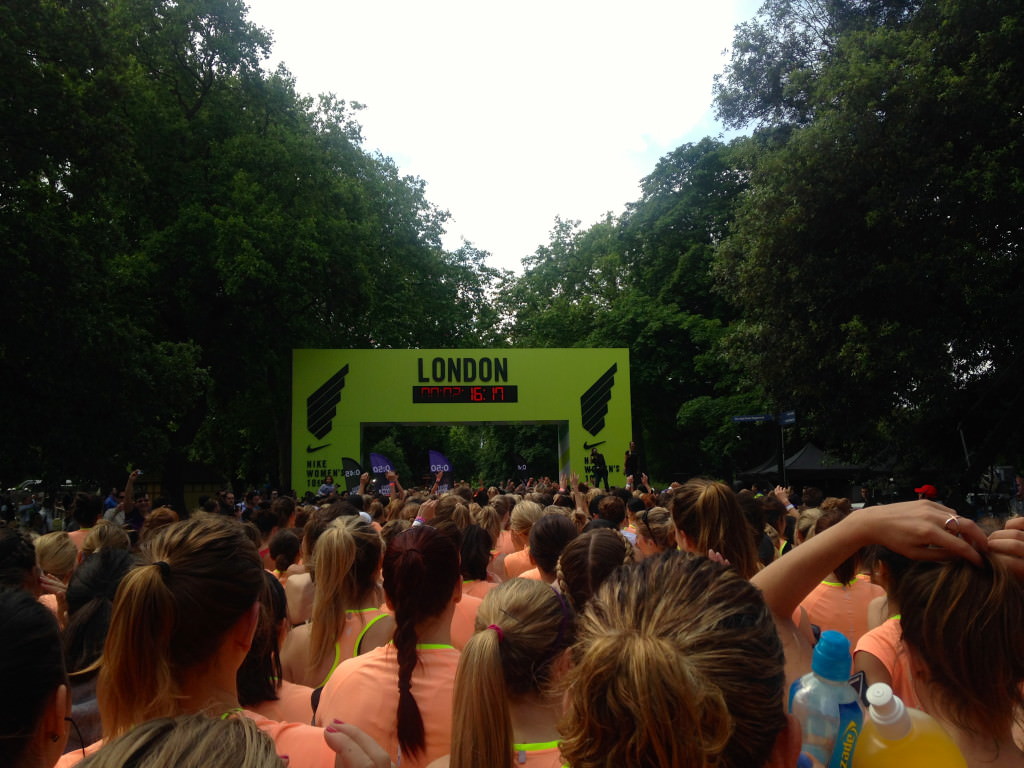 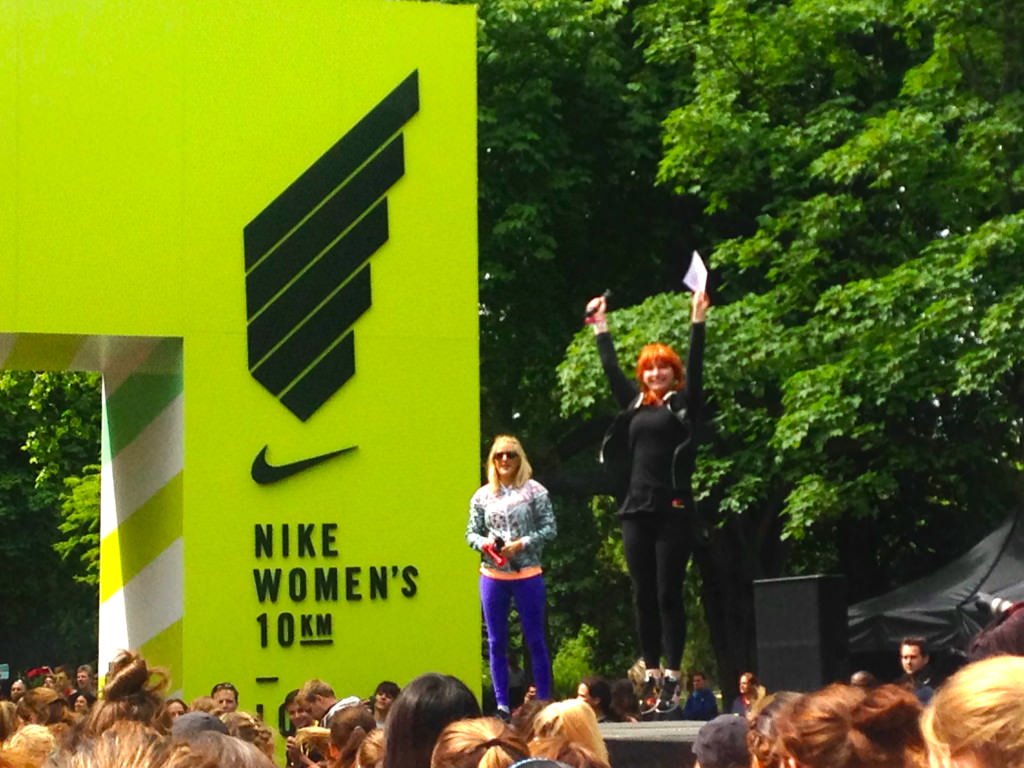 Our goal for the race was to run together as a three, enjoy the race but to finish under 1hr. I wasn’t running with a watch so had no idea of pace and left it up to the girls to let us know how we were doing.

Our first mile was an 8.35 pace, with the second at 8.29. The park was beautiful and sunny, and I actually felt really great despite some pre-race nerves about my current running fitness levels. The pollen count felt quite high though and my throat was beginning to get scratchy, so we walked through the first water station before picking up the pace again. Our third mile was 8.13. 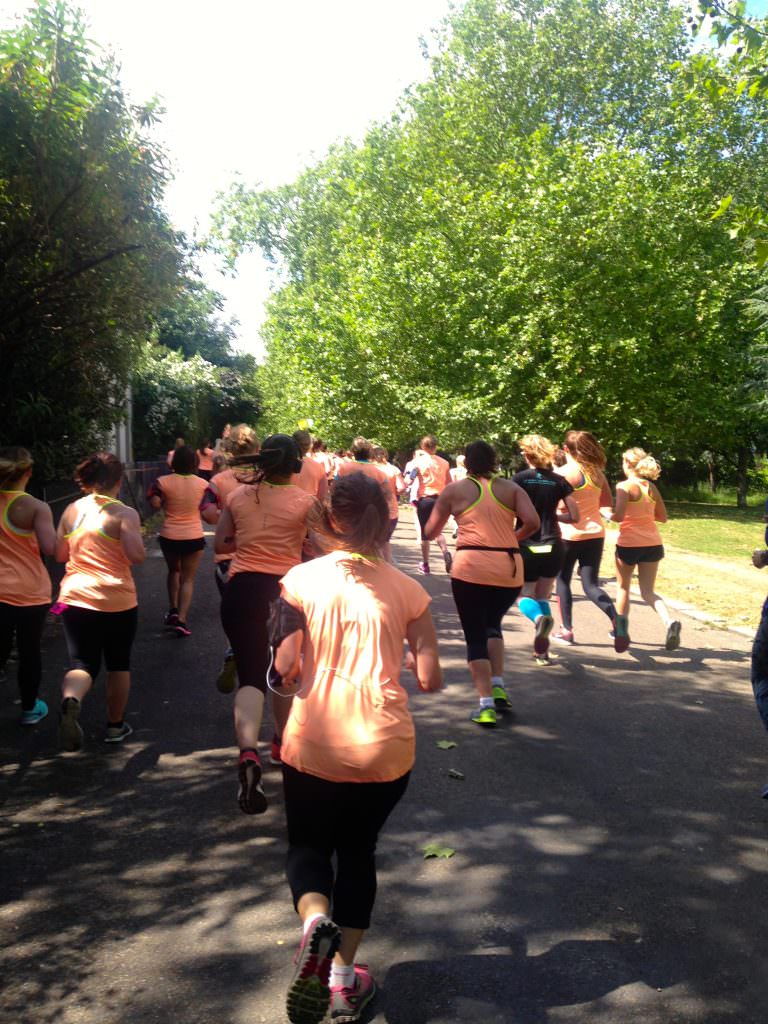 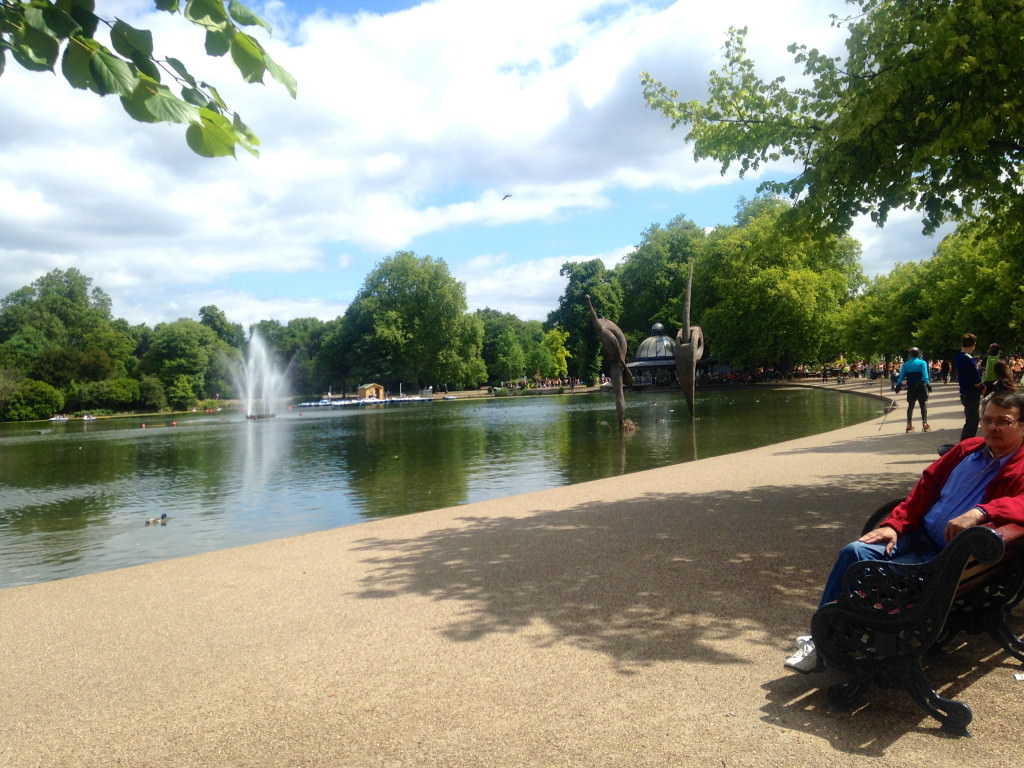 There was a decent amount of support along the way, although not as much music as I would have liked. I cranked up some Taylor Swift on my phone to blare out from the speaker to motivate us to keep moving. I loved the signs along the side of the path, cheering on each of the crews.

Mile 4 was 8.17 pace, and although we told ourselves to slow down, each of us wanted to keep running strong. The course is pretty flat, although it’s over two laps, so by the time the front runners get around the first lap, they catch up with the runners at the back. However, unlike in previous years, most people adhered to the advice to keep to the left of the course and overtake on the right. 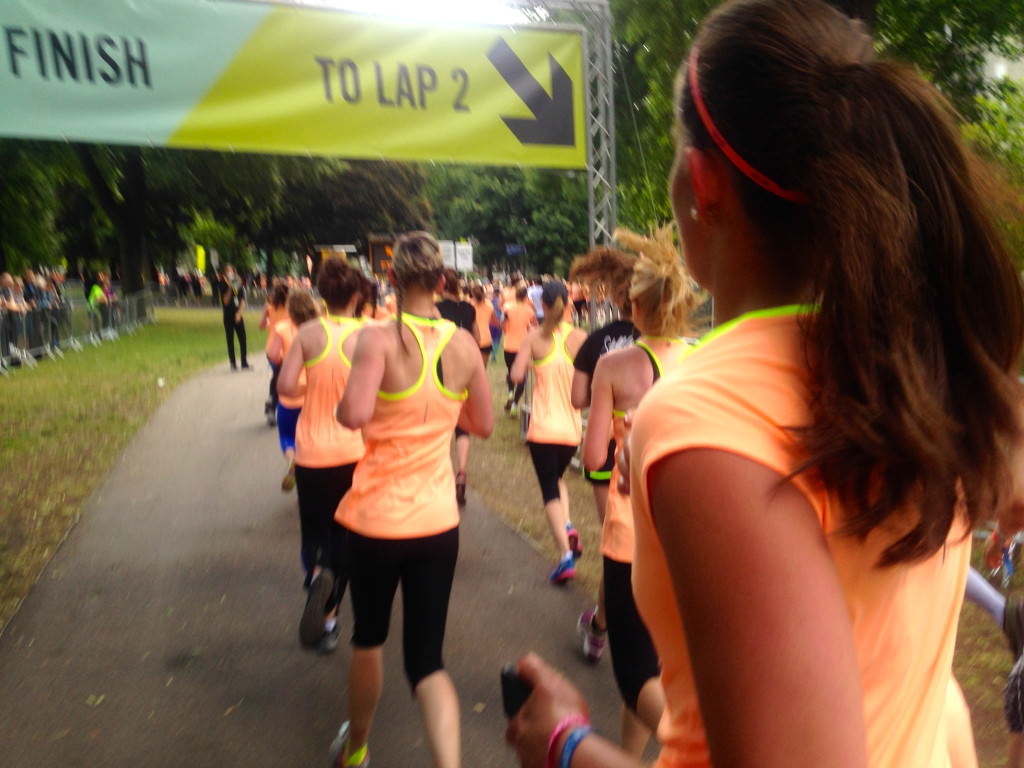 With the 5th mile done in 8.37, I started to wonder to myself what Ashley’s PB was and whether there was any chance of her beating it. We kept up our steady pace and weaving in and out. It was a relief to see the 600m countdown sign where we turned left onto the final stretch. 400m to go, 200m to go and I shouted at Ashley to gun it. And gun it she did, I don’t think I have ever seen her sprint so fast! It paid off- she managed a huge PB! We crossed the finish line in 53.05 to claim our goody bags and medals.

After finishing we hot footed it to the awesome We Run London sign before the crowds started growing. Got to love a jumping photo, even after a race! 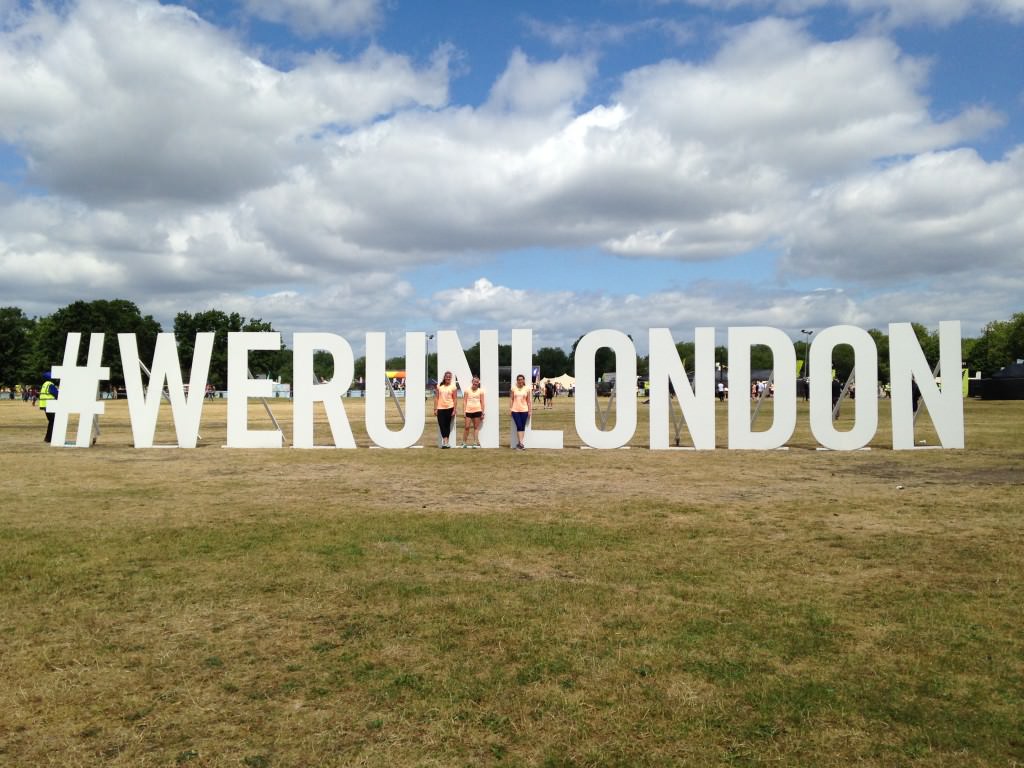 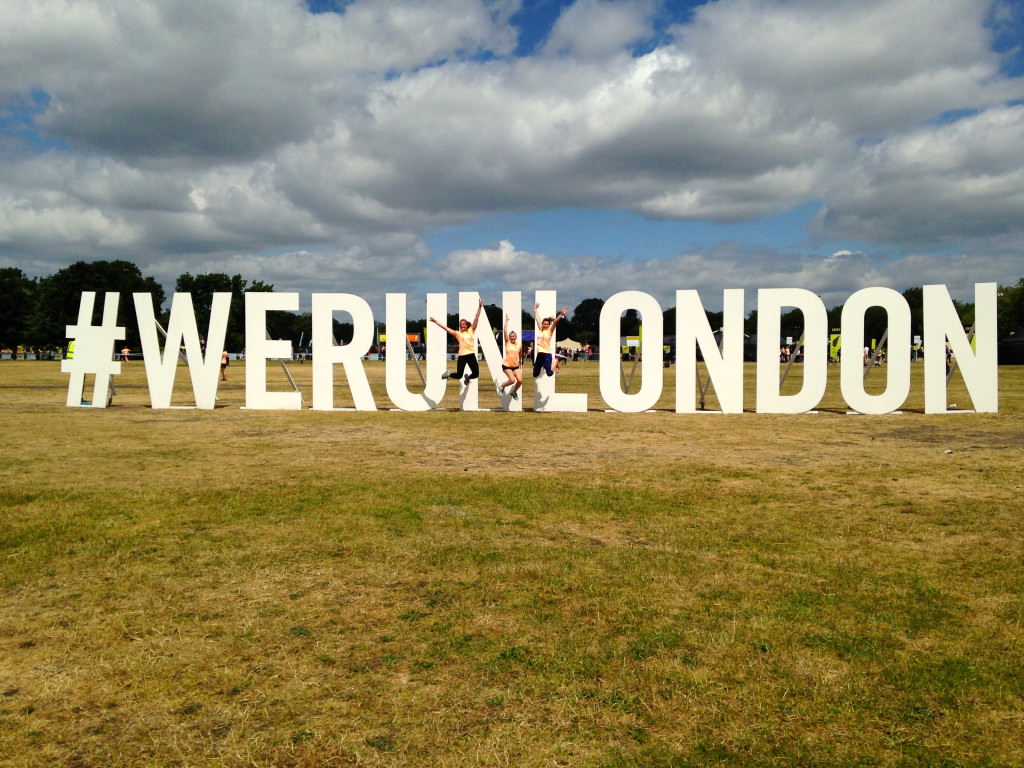 I had such a fun morning with Ashley and Margaret, and it reminded me of why I love running. I felt great out there on the course, and loved being part of the running community again. Great confidence and motivation before starting my Chicago Marathon training this week!

Thank you to Nike for the complimentary race place & for taking on board our suggestions from previous races!