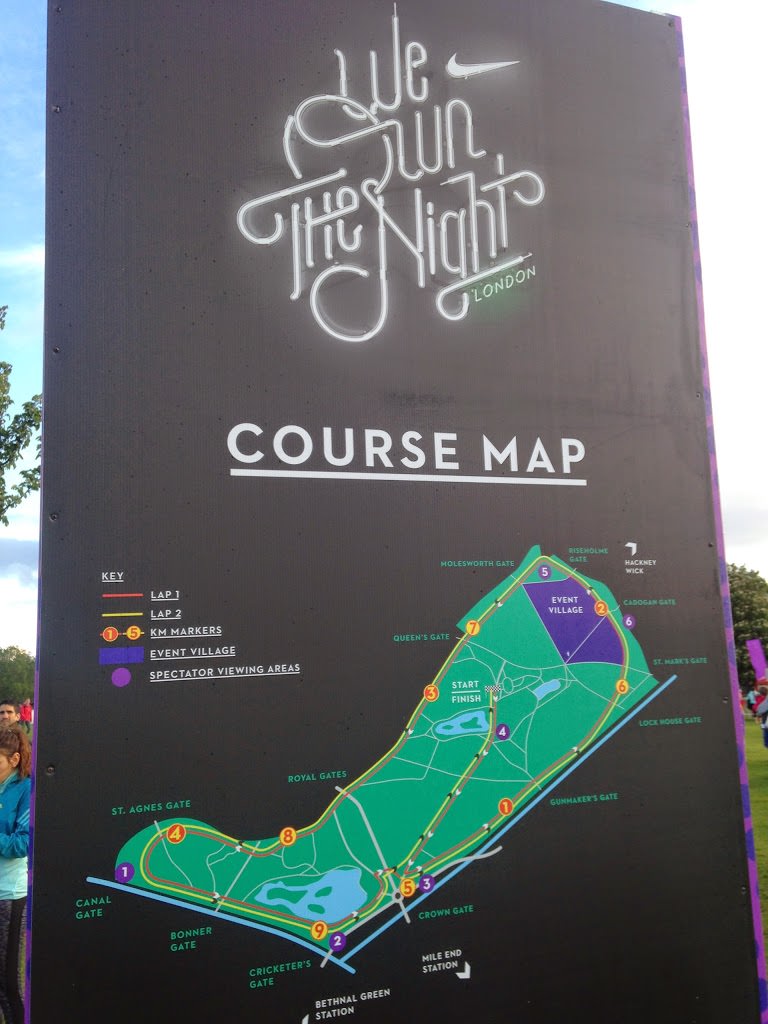 The race was held in Victoria park again but Nike obviously took on board our feedback from last year, creating a huge race village open to runners and spectators alike. After dropping off my bag in the incredibly efficient bag drop, I went to find my name on the cube of runners (apparently there are a lot of runners with the surname Watson!) 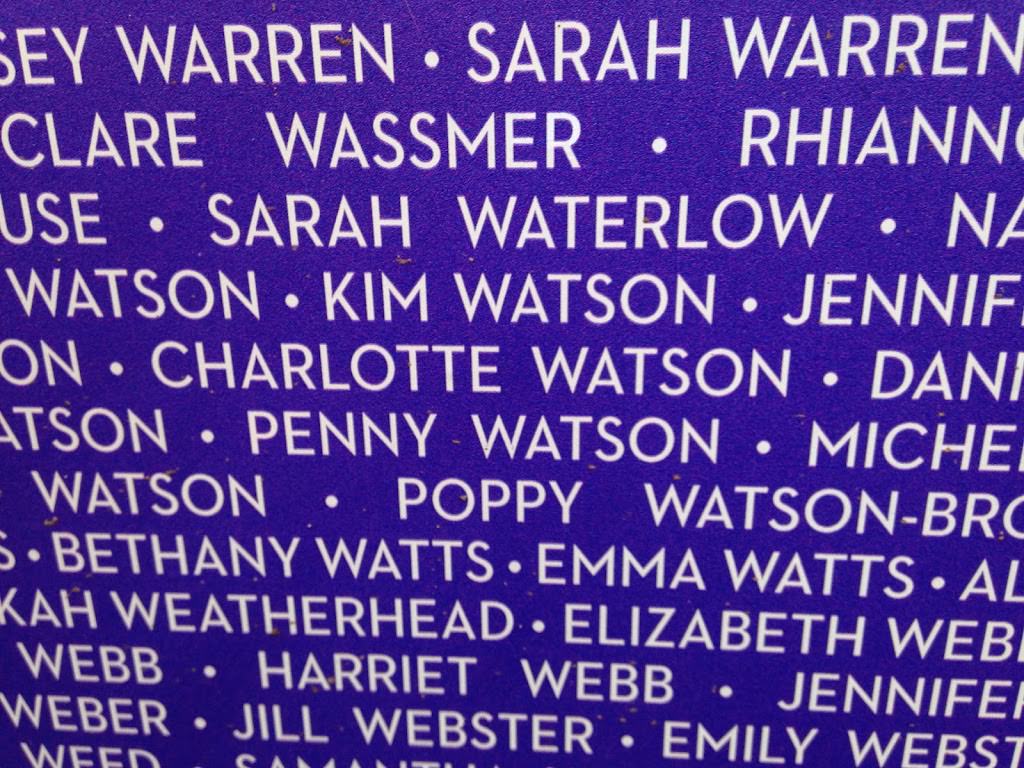 Leah, Jen, Laureen and I took part in the mass warm up led by Nike’s trainers, including Leah’s girl crush, Sonja Moses. It was very welcome, I was absolutely freezing without my hoody and coat, and felt envious of the girls that had brought long sleeves for the race. It was a shame that the cooler weather meant that not everyone was in their turquoise Nike run tops, and didn’t create quite the same spectacle as last year. 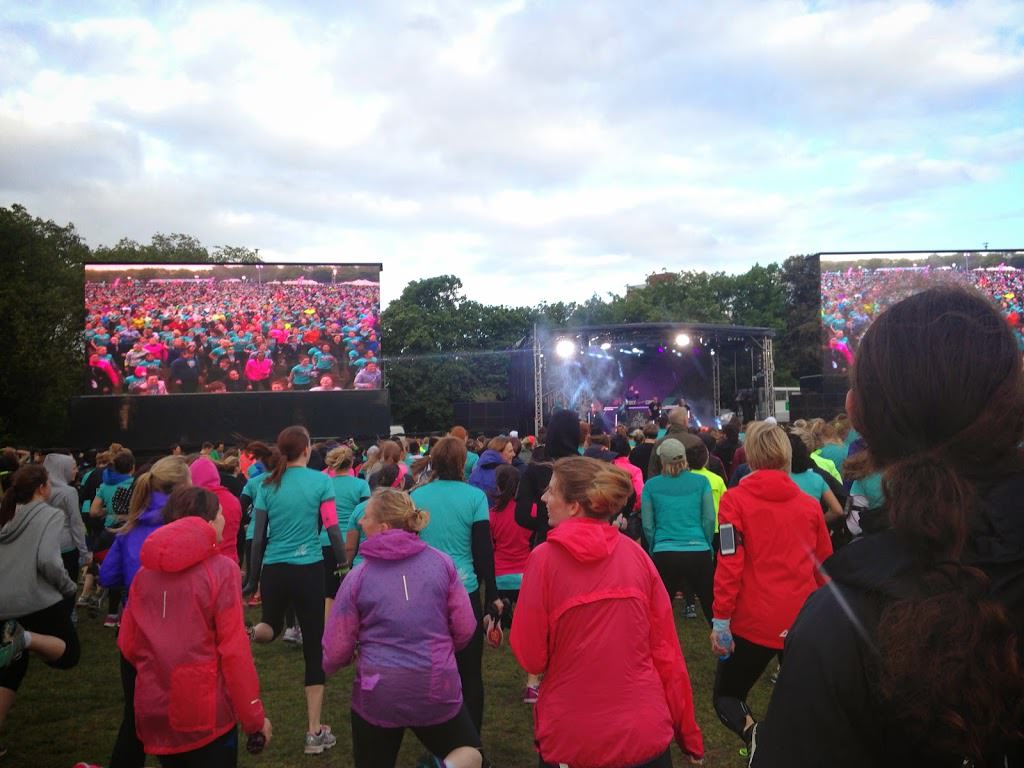 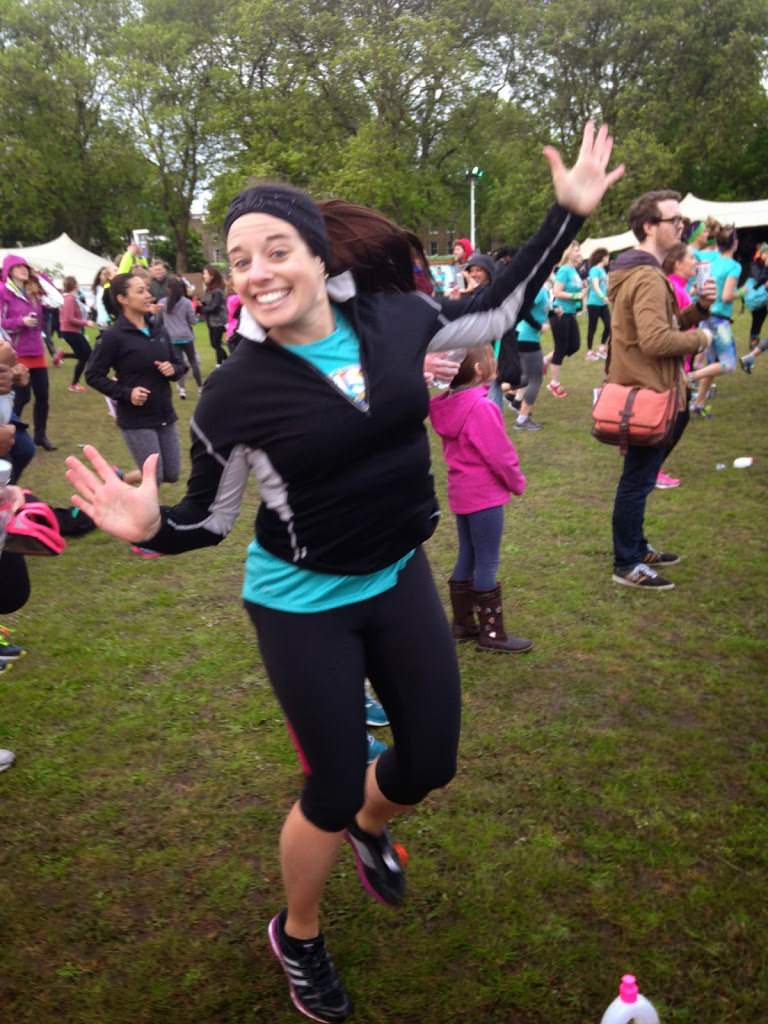 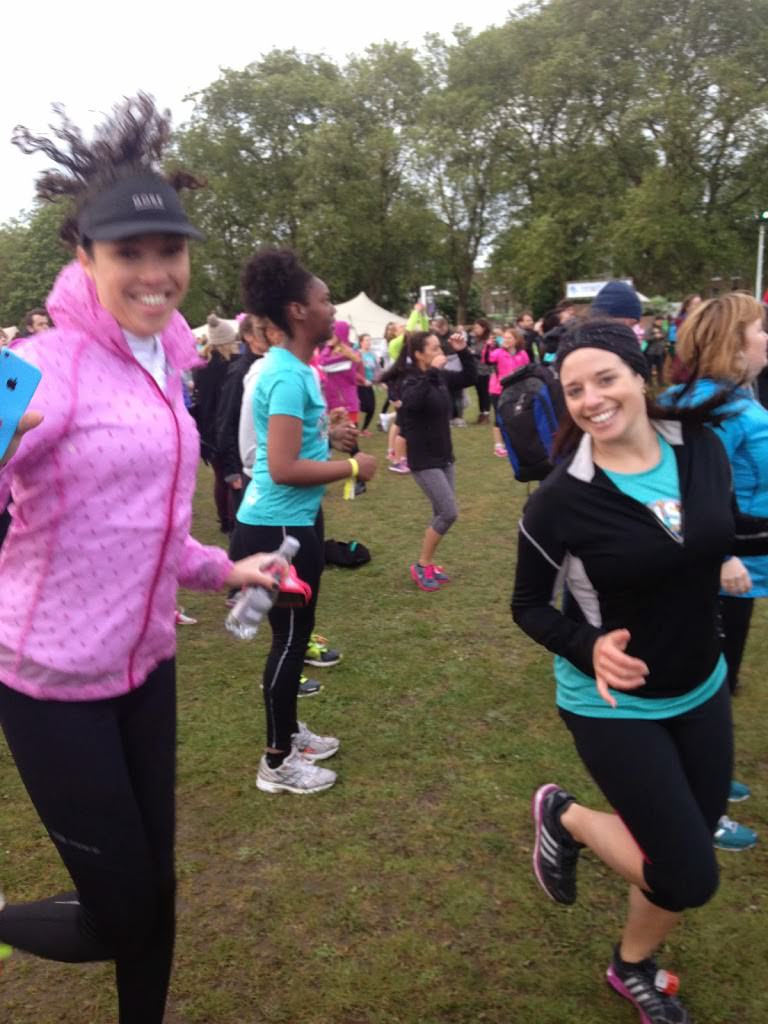 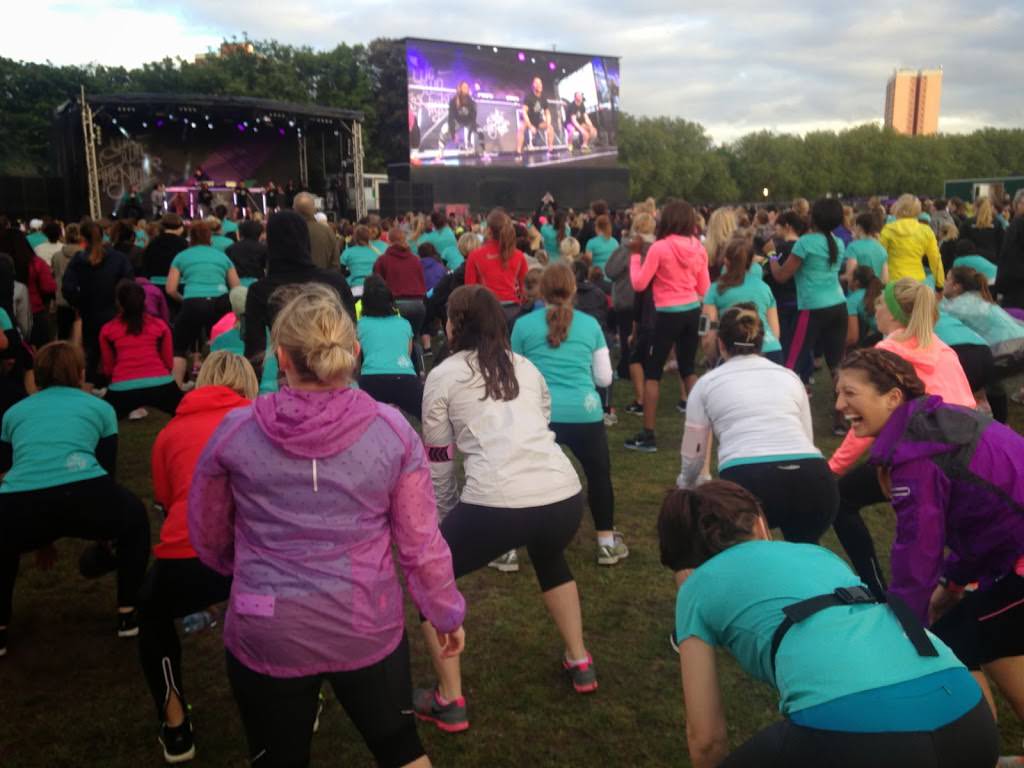 Another improvement on last year was the staggered start, there were wristbands to denote your predicted finish time, from sub 45 to 1hr 10 plus. We were filtered to different areas of the start, and somehow I found myself very, very near to the start line. I’d put my finish time as sub 50, although I felt this was optimistic given my running at the moment. 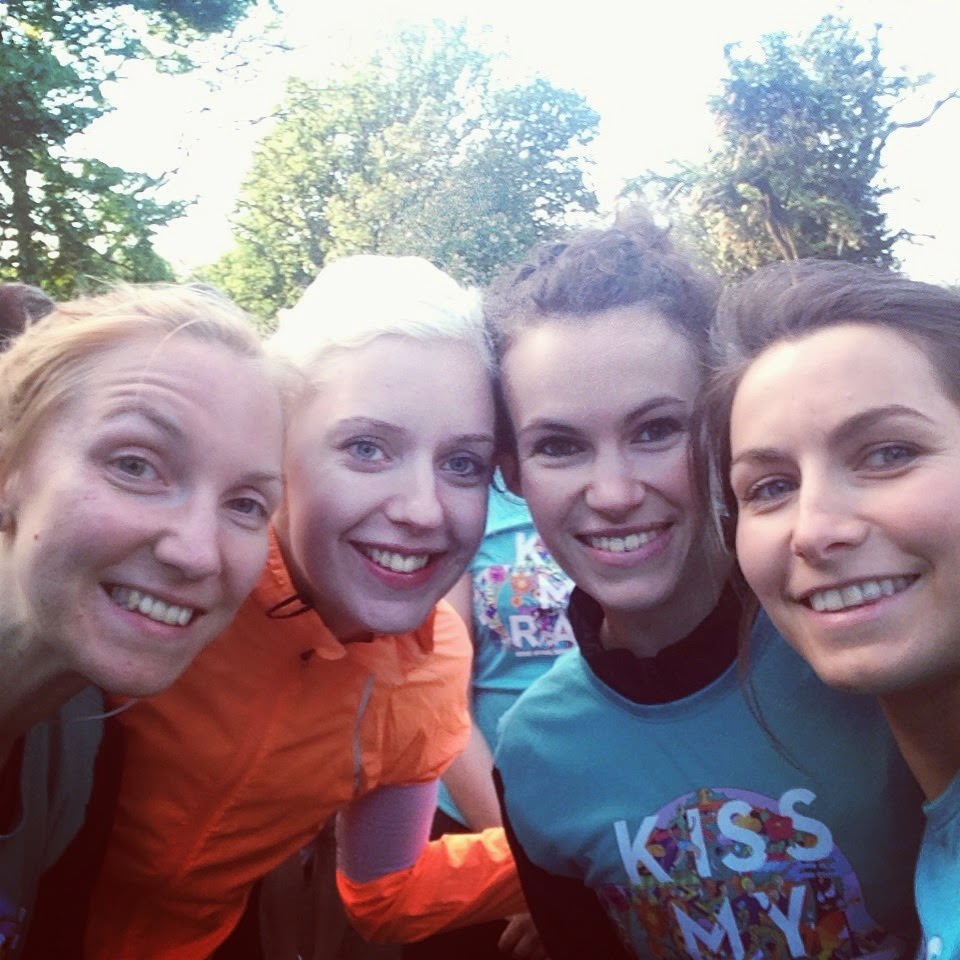 Running buds in my start area; Harriet, Lissy and Charlie. 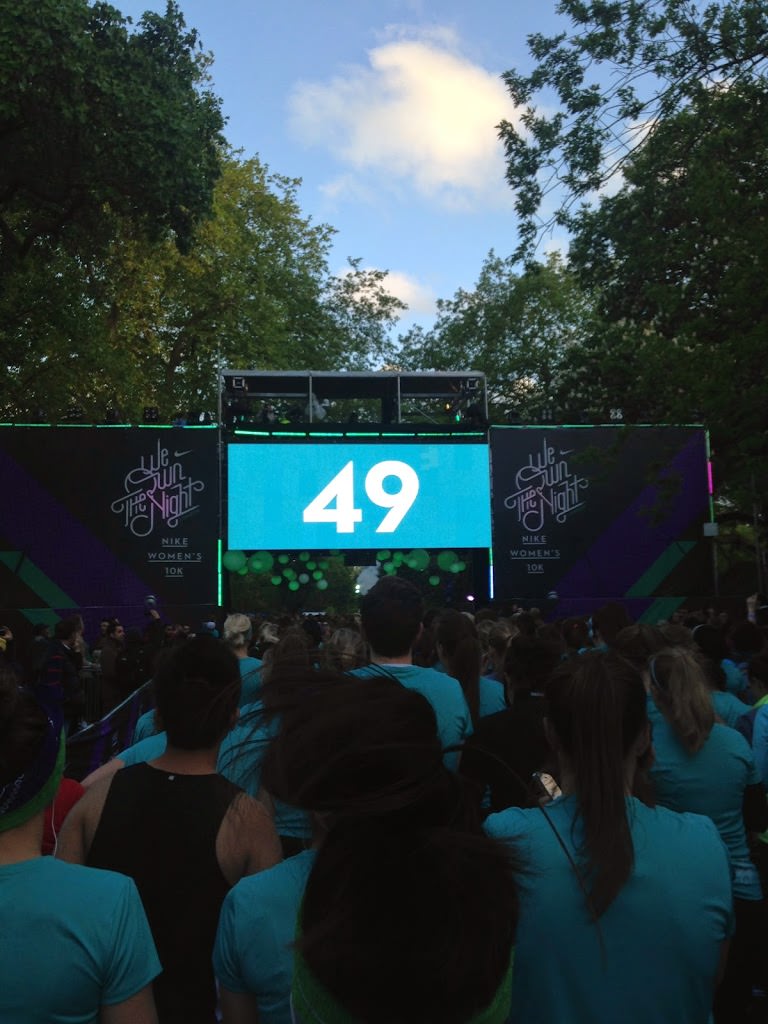 I’d forgotten my Garmin (AGAIN) so was relying on my RunKeeper app, which unluckily didn’t get going until a little after the start line. I couldn’t do the maths in time to work out what the minute miles were so had to rely on pace per KM, trying to keep it under 5min per KM. 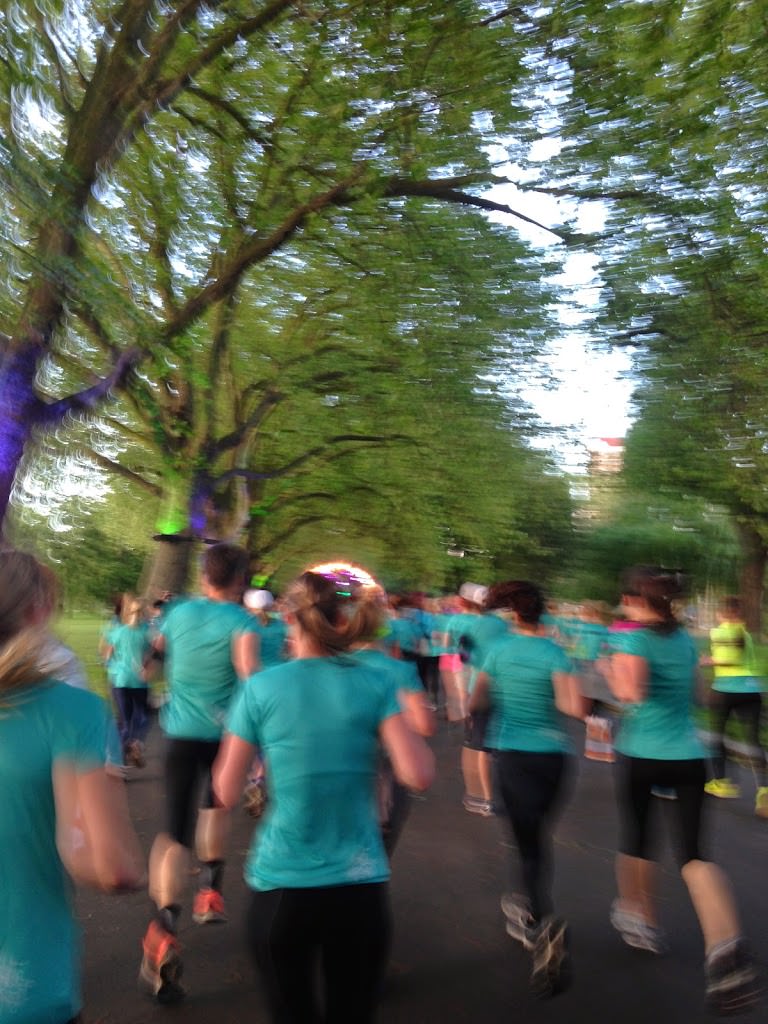 This is the only photo I took along the course- it turned out so blurry that I gave up and focused on pushing the pace.
KM 1- 4.58
KM 2- 4.49
KM 3-4.52
KM 4- 5.01
The course was busy, as expected but not too bad during these first few KM. Rather than splitting the path in two, like last year, it was just two complete laps of the park this time. They’d created some really cool elements along the route, including tunnels of lights, steel bands and glowing mushrooms (photos from Charlie Brown). 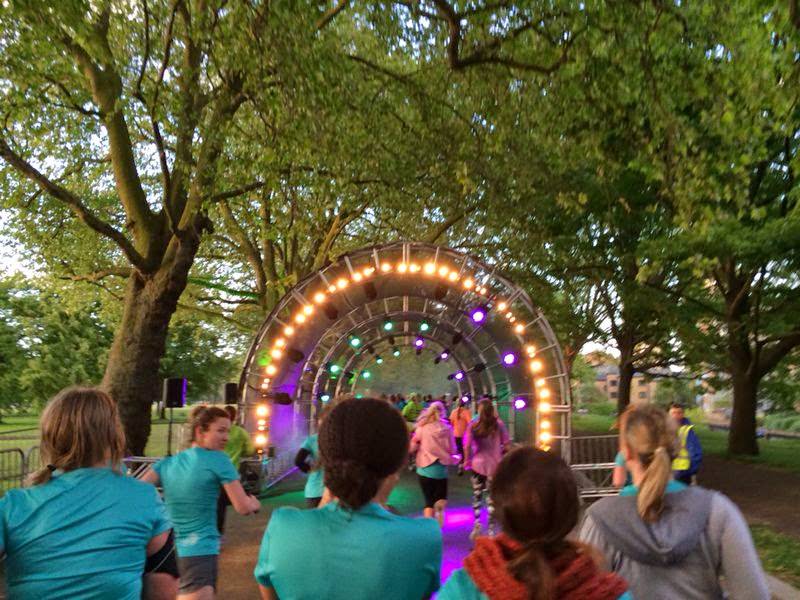 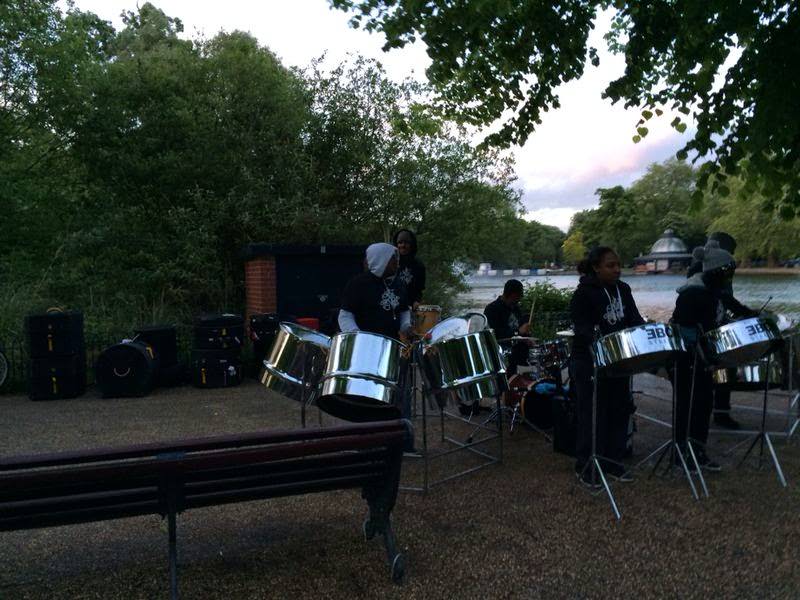 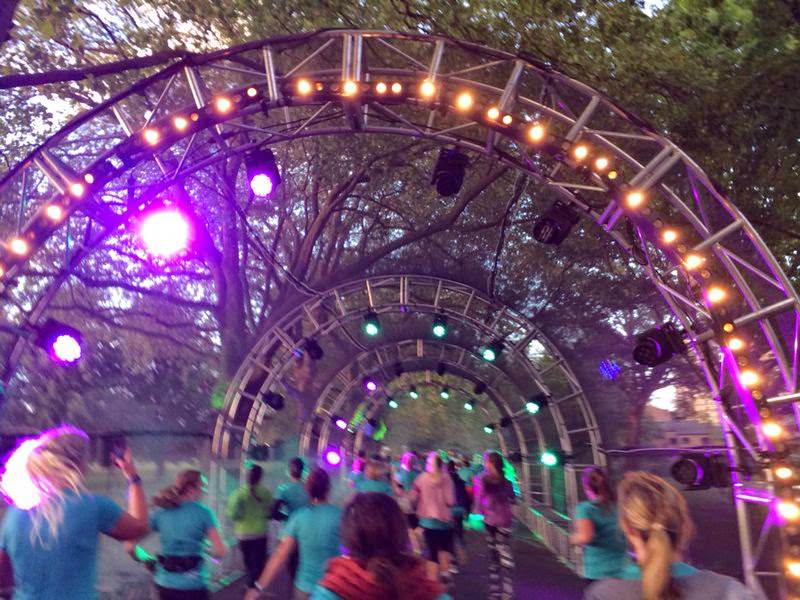 There was a water station around 3.5km, which was a grab your own from the table rather than being handed out. I’m not sure how well this worked, but I was glad they were handing out bottles rather than cups.
Just after the halfway mark we caught up with those that were just starting, and the course became really crowded. Myself and a number of other runners took to the edges of the course to try to avoid getting caught behind other runners, and to minimise the amount of dodging. I don’t know how they would have avoided this on a two lap course, however as someone that was trying to get a PB, it was a little frustrating.
KM 5- 4.54
KM 6- 4.18
KM 7-5.47
It started to hurt around the 7KM mark, I grabbed a water and said to myself ‘you’re not running with friends, you’re not enjoying it anymore, so keep pushing and make this worth it.’
I pushed as hard as I could for the last few KM;
KM 8- 5.14
KM 9- 5.12
KM 10-4.41
I saw the clock over the finish line hit 50.09, and since I’d started my RunKeeper late, I had no idea whether I’d just made it or missed it. I collected my goody bag stocked with coffee Vita Coco (my fave) and picked up my finishers necklace. They are gorgeous silver necklaces designed by Alex Monroe with 3 discs, gold silver and bronze. Sadly mine broke when I tried to put it on so I don’t have any photos! You can see what it looked like here. 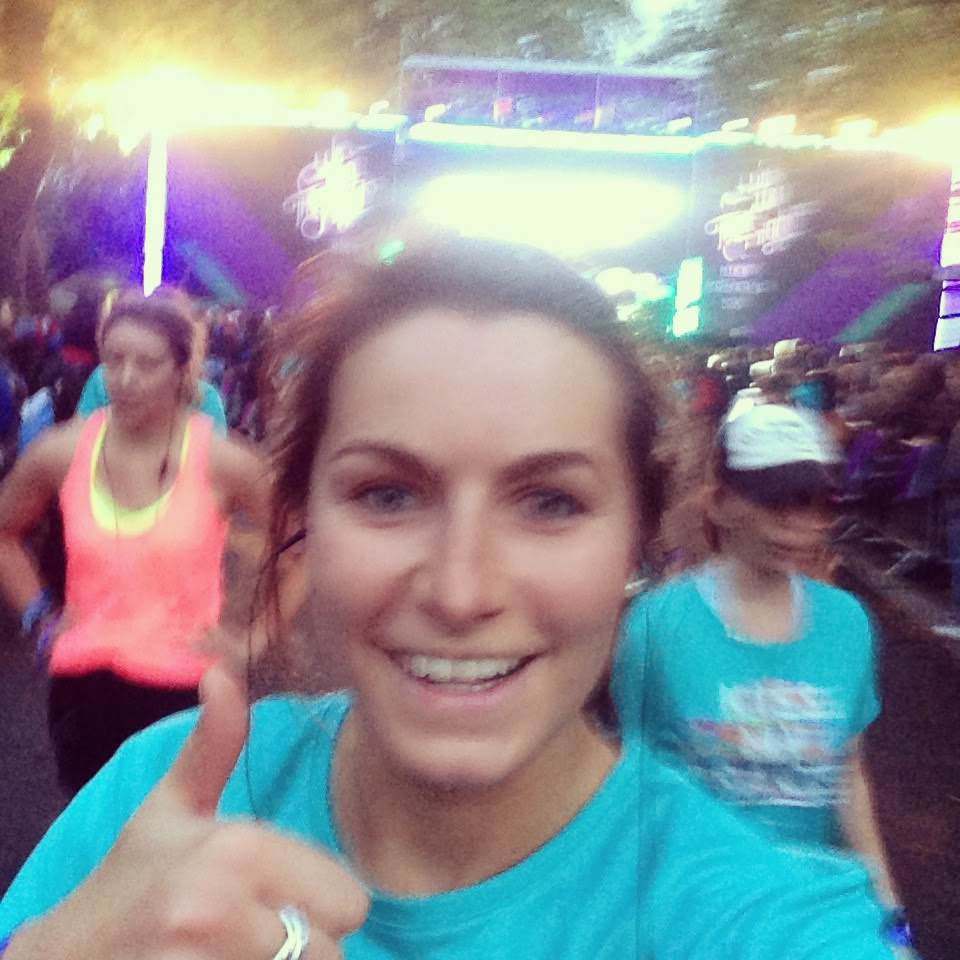 Having set up a designated meeting point, it was easy to find the girls and collect our free glass of fizz. I had a bit of a wait to find out my official time, but was thrilled when I discovered my new PB. Lissy also earned herself a massive PB- celebrations all round! 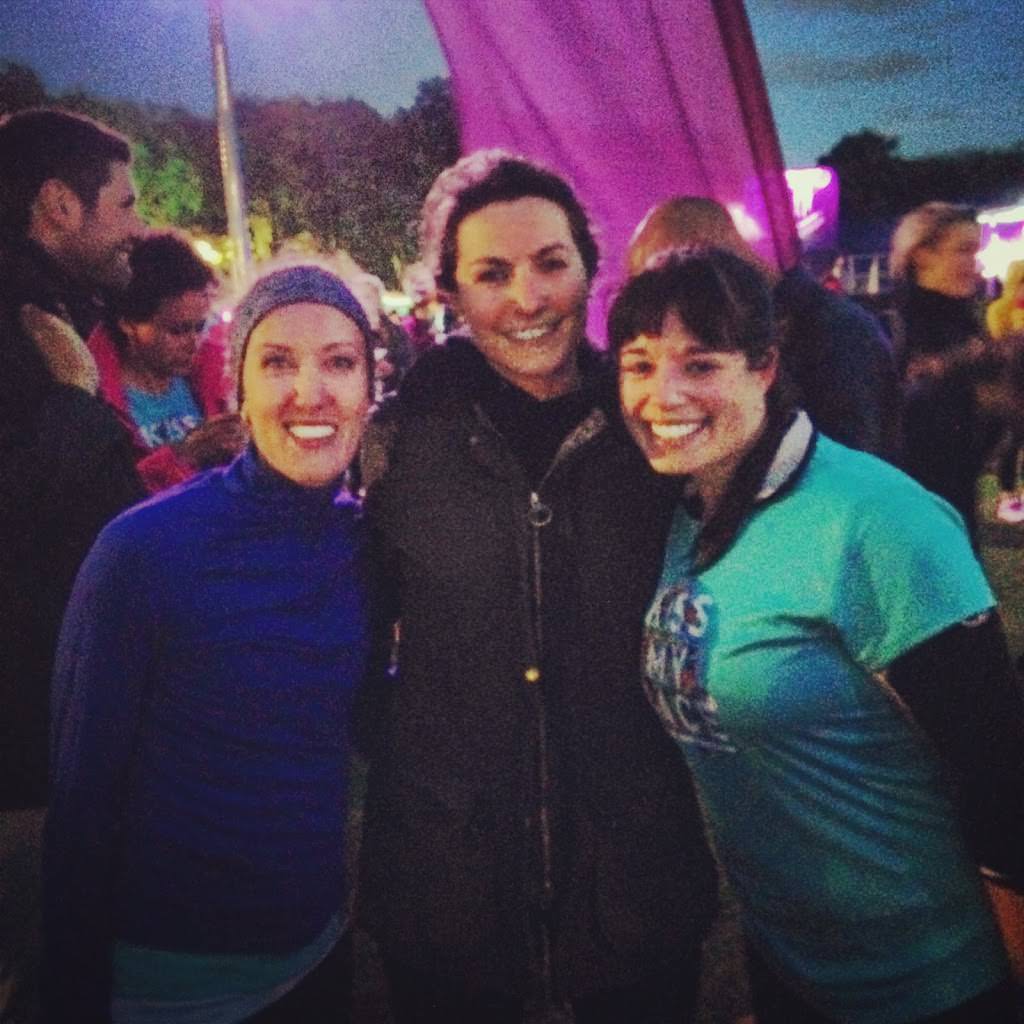 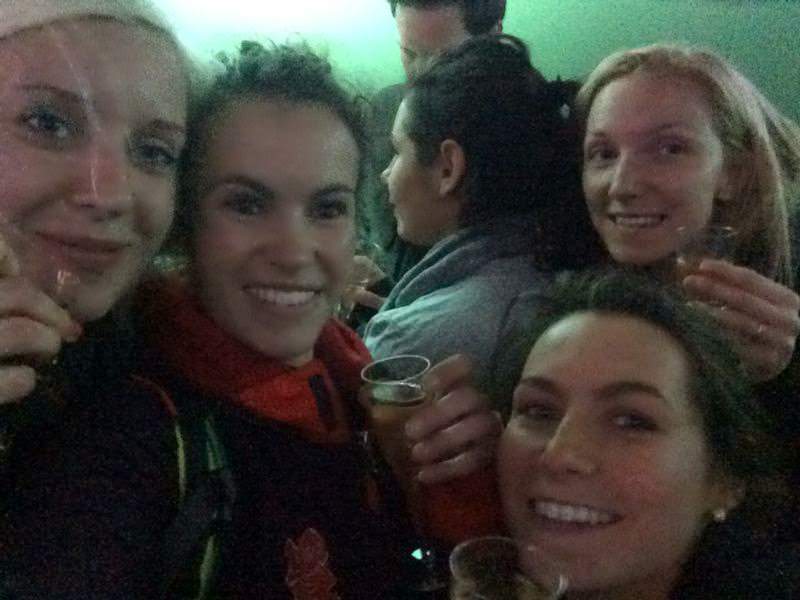 Well earned fizz. We decided to head to Shoreditch High St in search of some food; Pad Thai never tasted so good.
Hope you had a great weekend! What’s the mantra you say to yourself when you are having a tough time during a race?
Sorry forgot to add, I was given complimentary race entry from Nike- as always, I try to give and honest, unbiased opinion of the race.