What did you do during the Summer that you turned 20? I went on a few holidays that revolved around sunbathing, drinking, eating and having fun, and spent the rest of my time hanging out with friends in London.

My cousin, who turned 20 on Friday, is taking on something far more notable and impressive. He and his dad are walking the length of mainland Britain. From the tip of Scotland to the edge of England, nipping in to Wales for a bit. Affectionately known as JOGLE, or LEJOG, depending on which way you tackle this enormous distance.

Their epic challenge will see them cover 1200 miles on foot, following footpaths across fields, over highlands and through woods. They’re walking around 20 miles a day, with only a few rest days scheduled in over the entire two month period, not to mention raising nearly £10,000 for charity. Pretty epic. 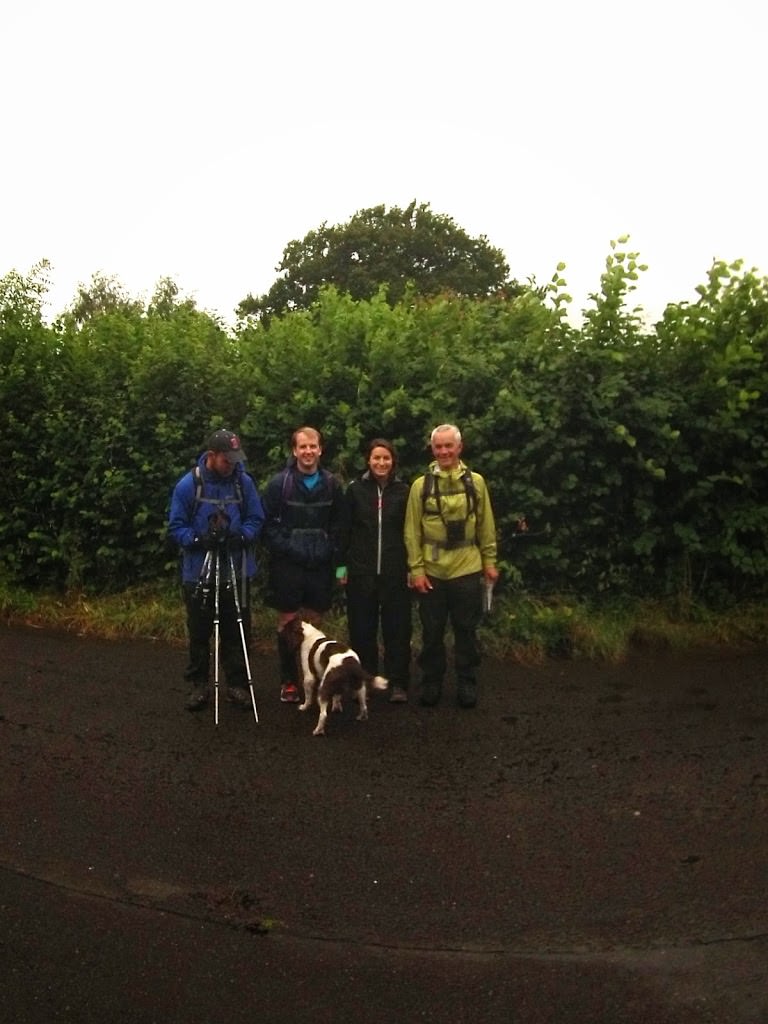 Tom and I joined them to celebrate Rob’s birthday and to complete some miles with them, which just so happened to be back in Wales (for the second weekend in a row!). We met up with them, cake in hand, at a very sweet local pub in Pandy for supper- where curry and chips seemed to be the norm. Originally we’d planned to stay for the whole weekend, covering just under 40 miles with them, however a friend’s engagement party was planned for the same weekend and so we ended up only walking for half of a day (sorry but champers trumps mud and rain any day!)

Setting off at 8.15 in the pouring rain- apparently the worst weather of the trip so far, and we felt pretty pleased with our decision to head home at lunchtime. I’d somehow managed to forget my trousers (the only thing I had was the skirt I’d worn to work on Friday) so wore a pair of Tom’s Chelsea shorts under my Aunt’s waterproof trousers. Luckily/sadly there are very few photos of me! 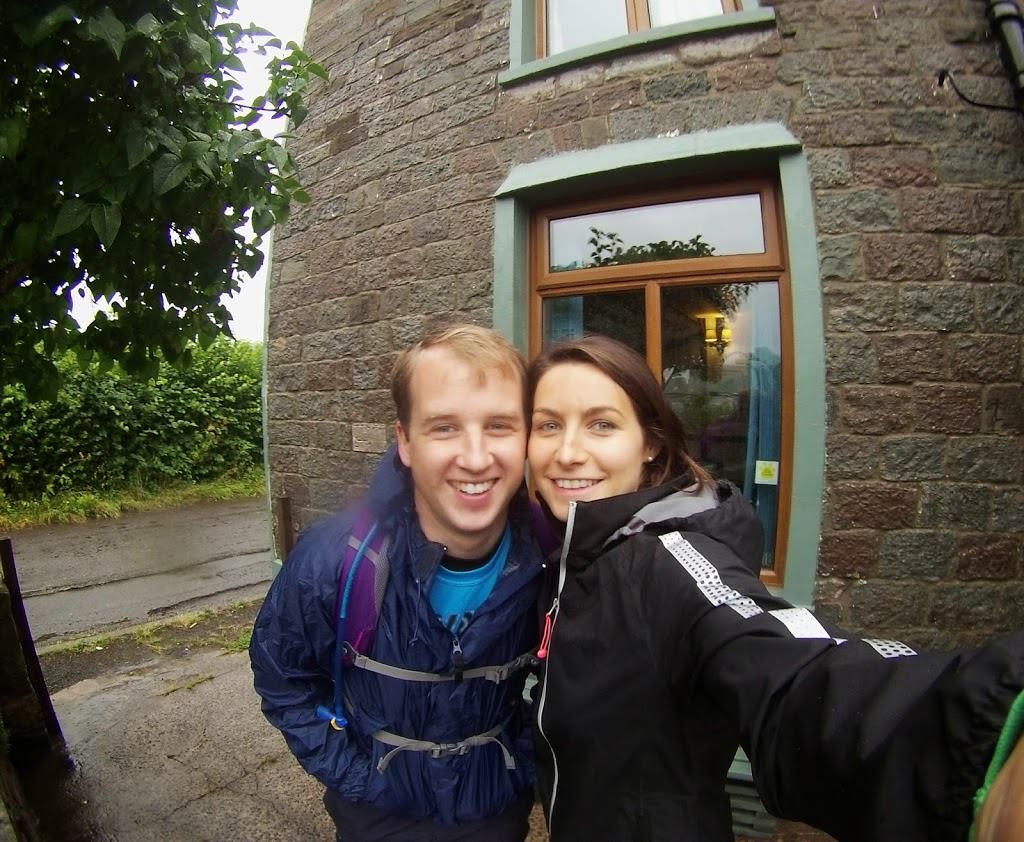 Taking the waterproof Go Pro out with us for the day.

The route was to take us from Pandy to Monmouth, with the boys planning on covering 19.7 miles, following the Offa’s Dyke National trail. It’s pretty well signposted although that didn’t stop a few field crossings in the wrong direction. The trail leads you through this cute village churchyard, and past the White Castle- the ruins of a medieval castle. Sadly there is no cafe- we would have loved some coffee and cake for elevenses! 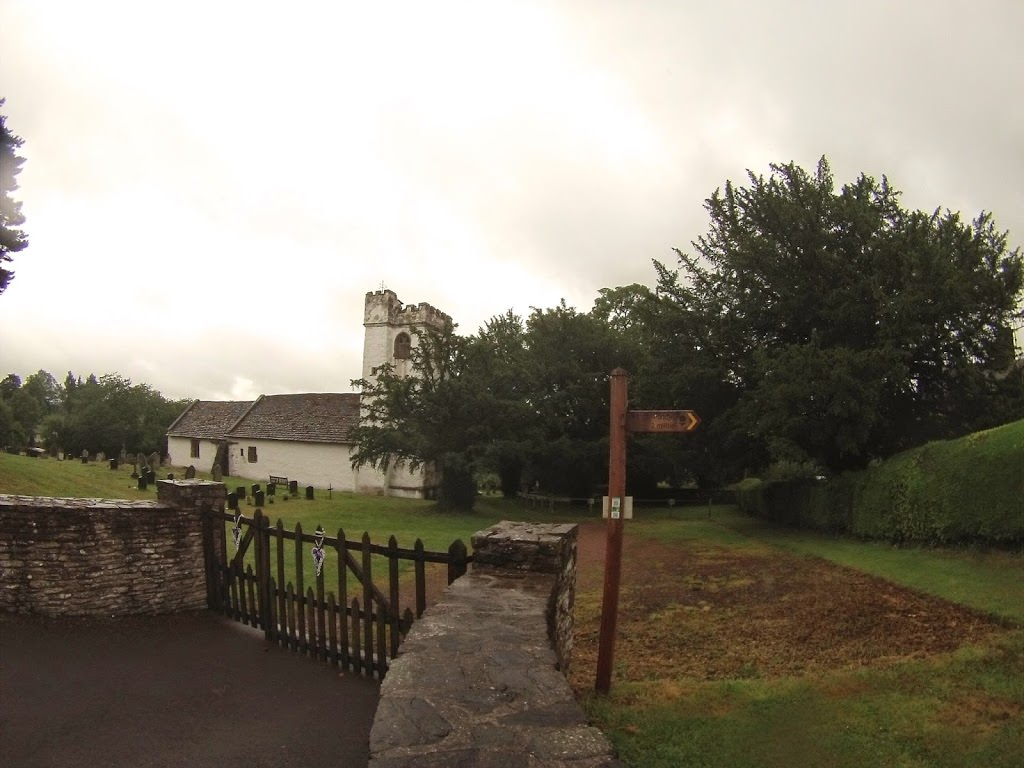 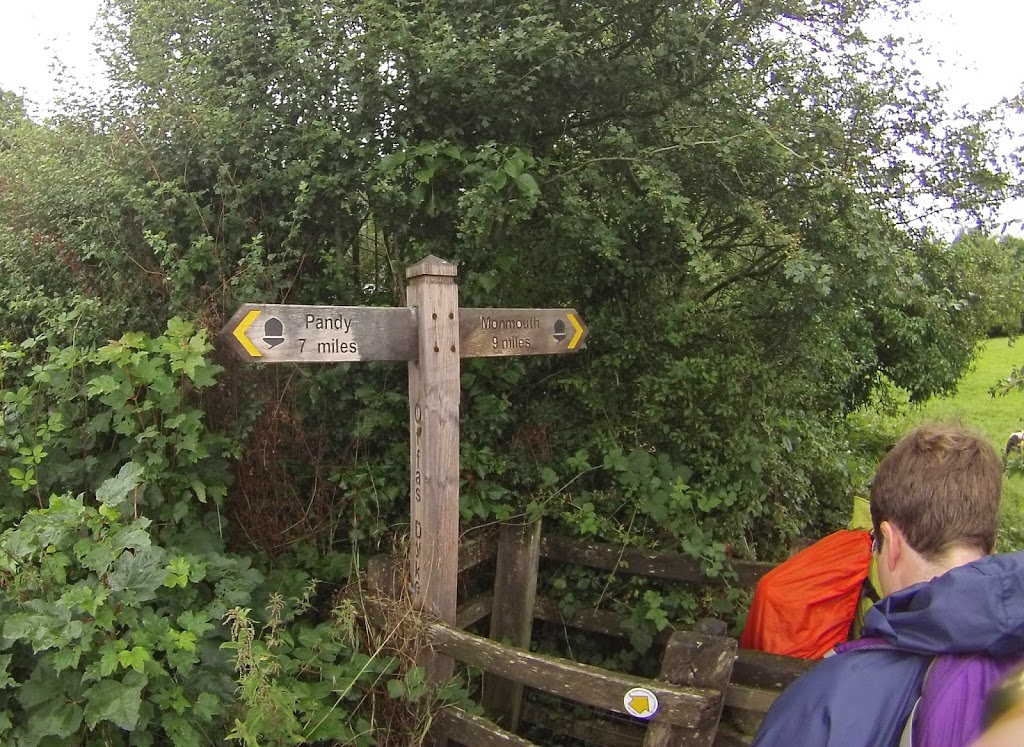 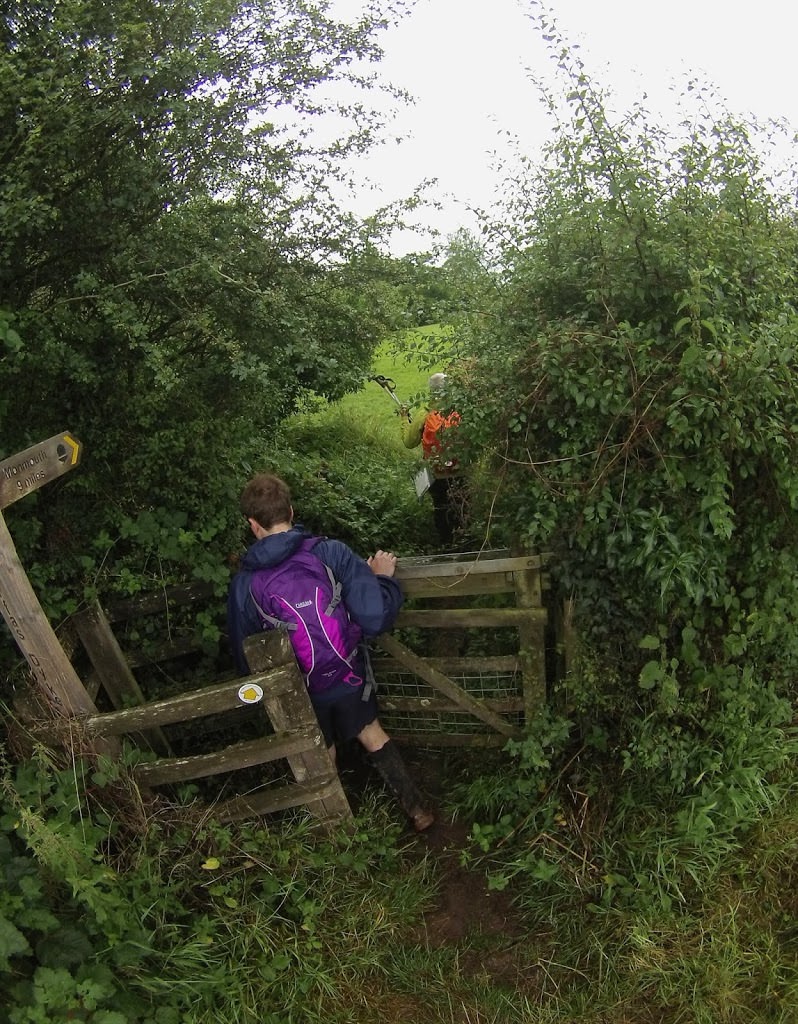 Walking through the corn fields, it felt like we were somewhere in Midwest of America, rather than in Wales.

Whilst walking, we asked the boys why they’d chosen this challenge; apparently Rob had the idea of completing the walk because despite travelling across the globe on his Gap Year, he felt that he didn’t really know his own country. Additionally, it was something to do, and the more he thought about it, the more he realised he couldn’t think of any reasons why not to do it. 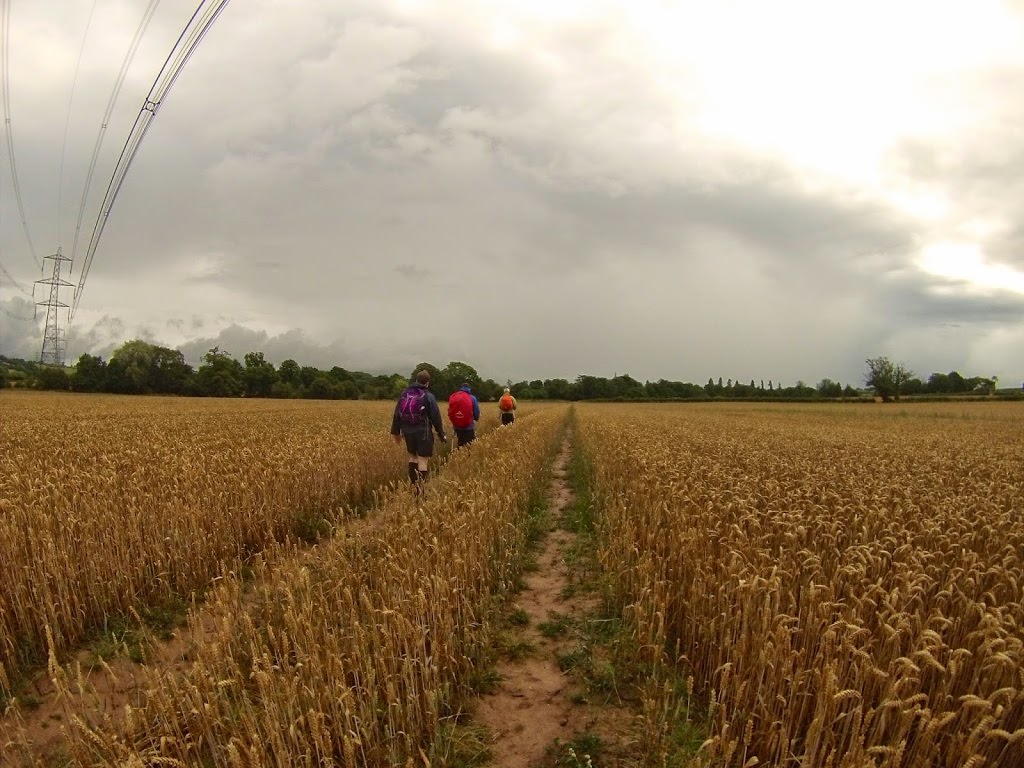 I’m hoping that Rob and David might do a guest post one they finish their final walk- on 17th August, to share a bit more about their adventure! I am so proud of their achievement this far (we were with them when they hit 900 miles) and can’t wait to see them reach their goal. Well done boys!

If you want to help them reach their target, this is their fundraising page- https://www.justgiving.com/Robert-Noyes/ where you can also read a little more about their chosen charity, The Emma Maltby Memorial Fund.