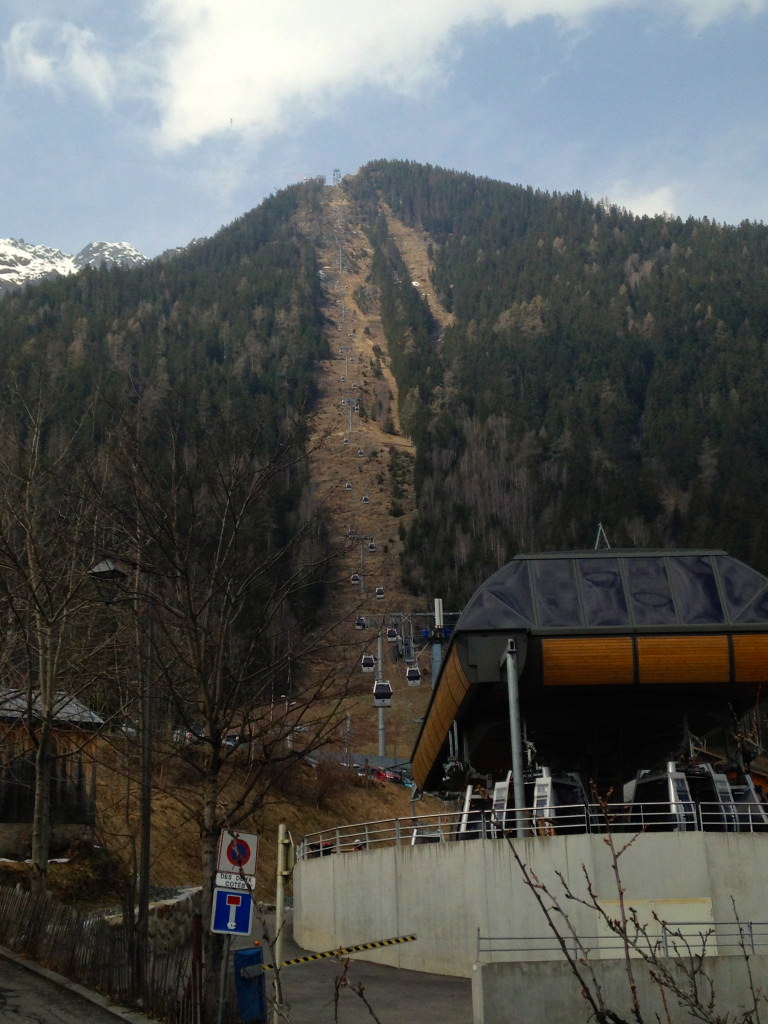 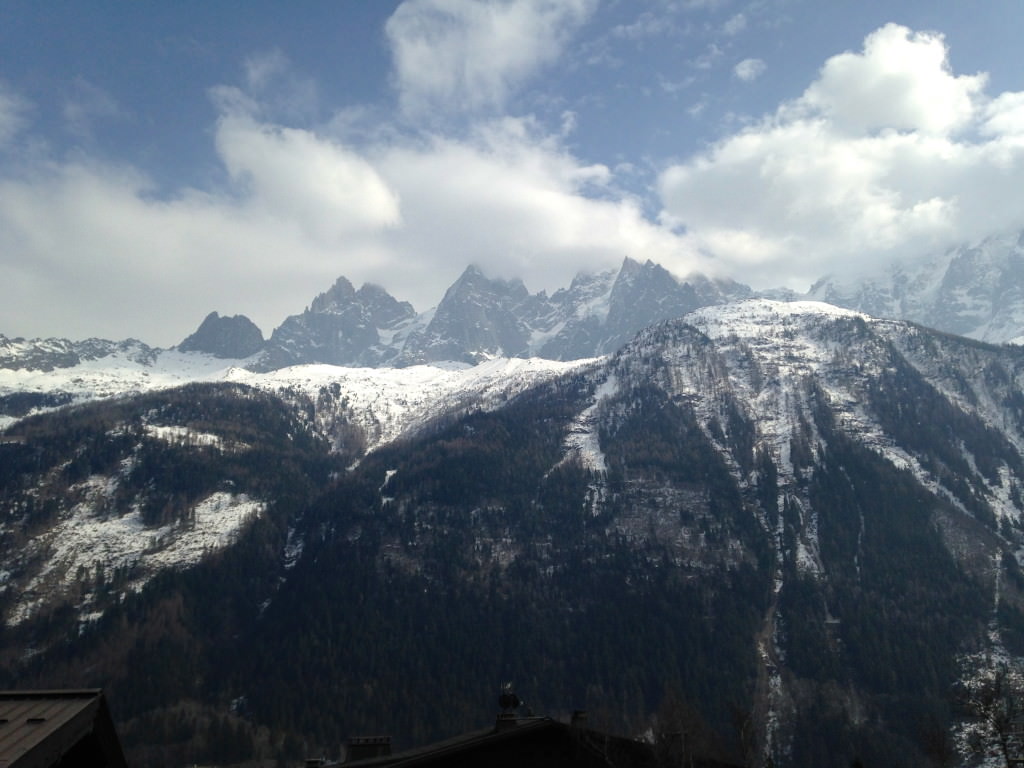 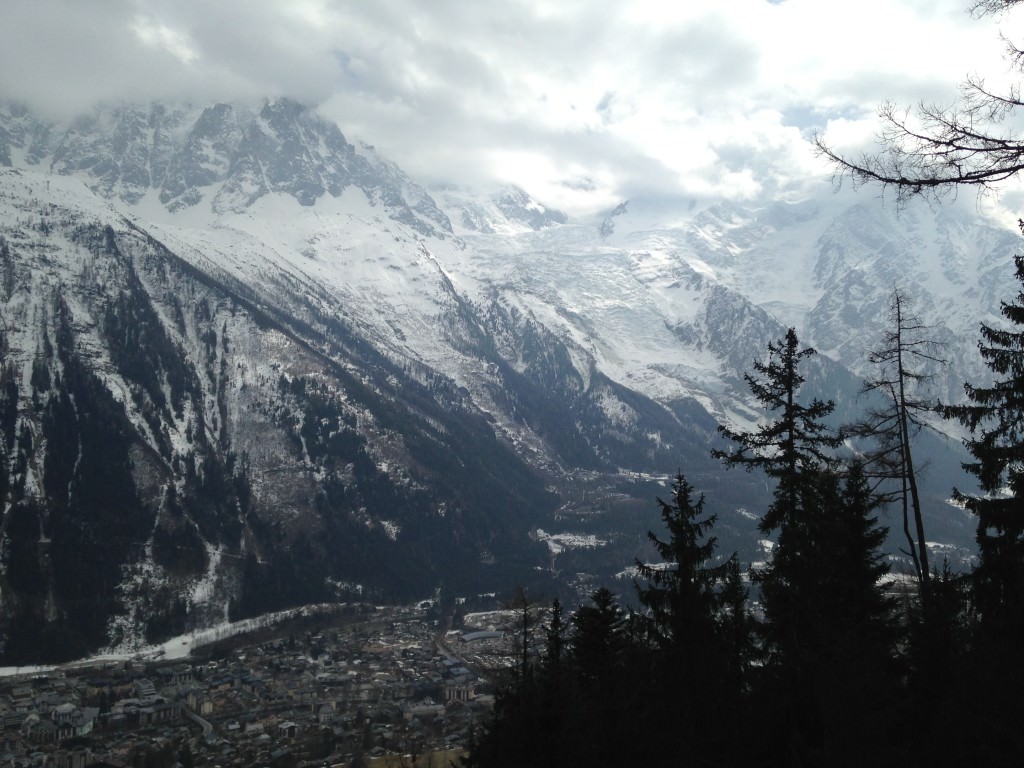 If you’ve read Sophie’s blog in the past, you’ll probably have heard her mention the vertical KM. It’s a 3.8km run from Chamonix town to the top Brevant cable car, with 1000m elevation. After a 3.15am wake up call, 6 hours of travelling to Chamonix from London, the thought of stretching my legs and testing my lungs on this challenging trail was thrilling. After last weekend’s hilly half, I knew I wasn’t going to be quick, but the views (and beer) would be worth it!

We set off from the Church in town with multiple layers in Sophie’s backpack incase we were cold, but quickly started shedding those that we were already wearing. It was so sunny and warm that we were both sweating within metres of starting the trail, the temperature explains the startling lack of snow in the lower regions. 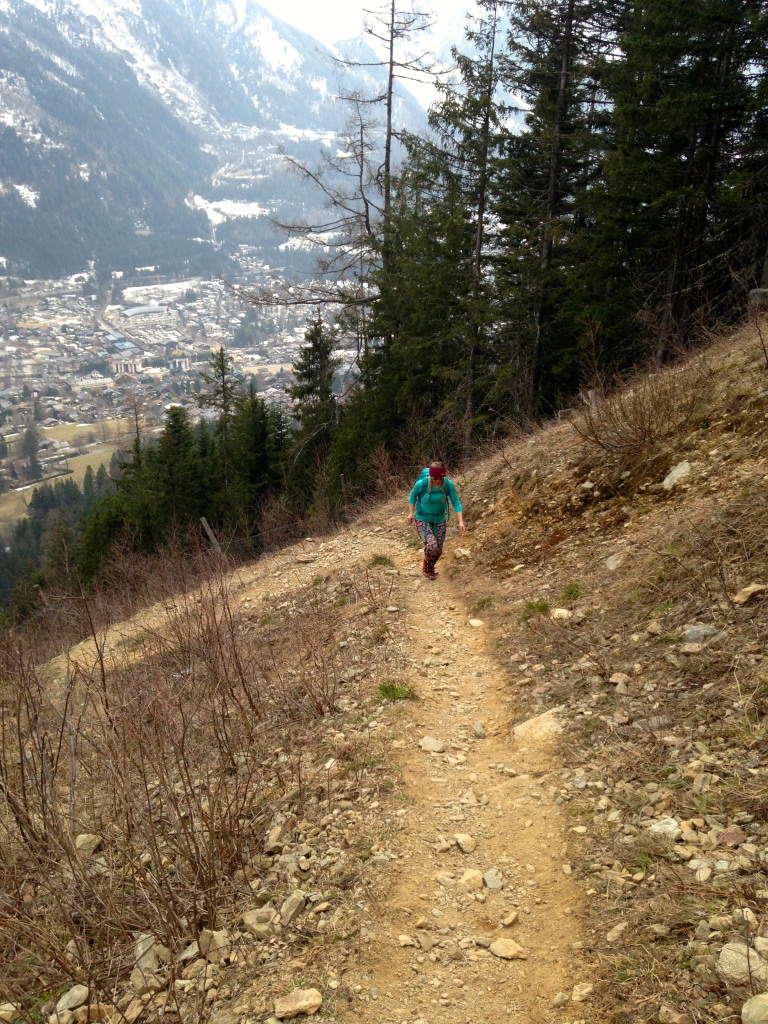 The path zig zags up the side of the mountain, meaning you can’t see the top once you get started. Although a little disheartening, it does at least mean you can’t tell how far you still have left to run, and instead can look down to survey your hard work. 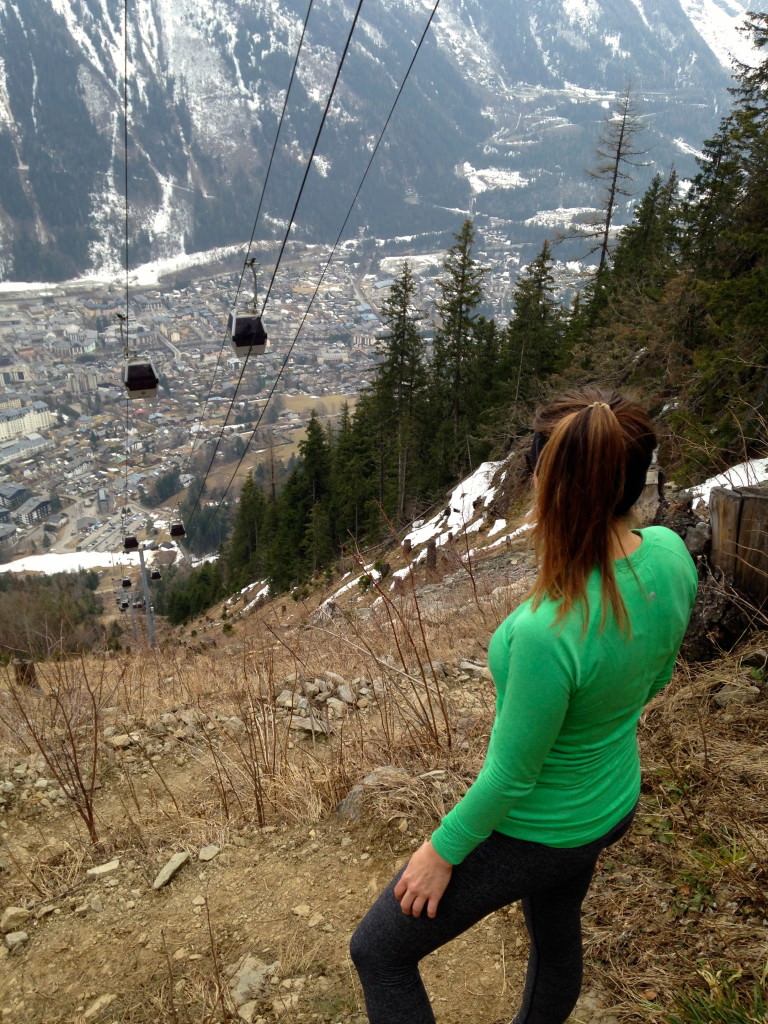 My tactic was to keep asking Sophie questions so that she would do most of the talking, while I was breathing loudly just behind her. Living in London, and running mostly on the Thames tow path, hill running is not my forte, so we mostly took it at a fast paced walk. Most of the trail was clear, with small patches of snow- my Brooks trail shoes did a brilliant job although I think you would want more suitable spike style shoes if it was snowier/icier. 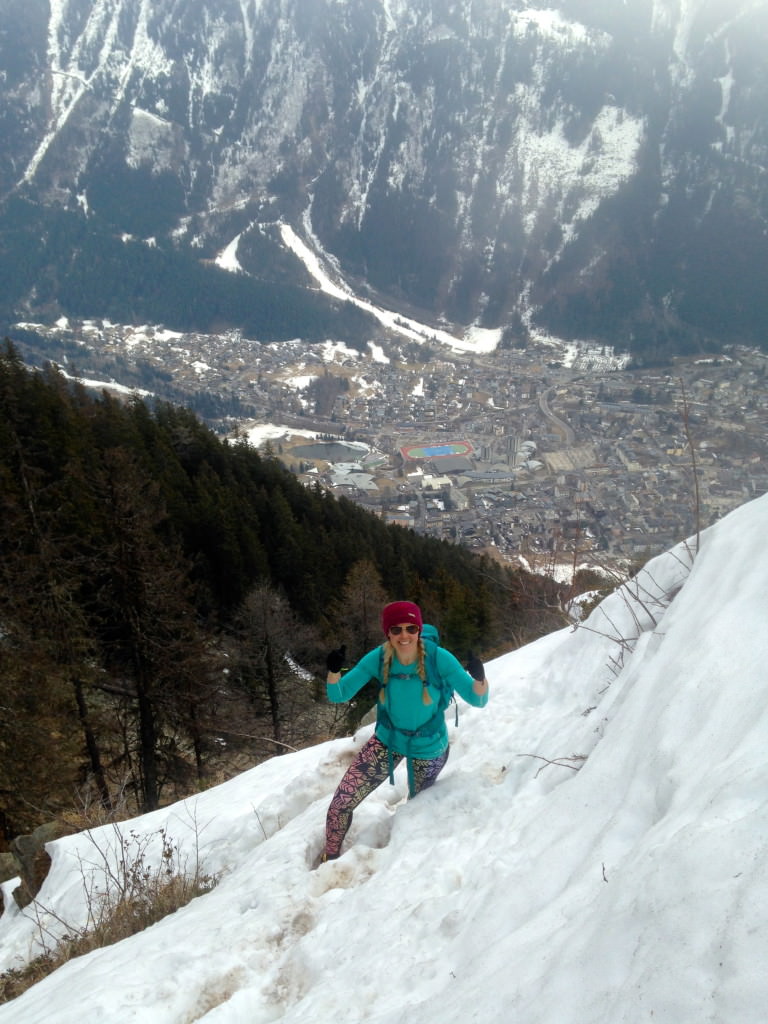 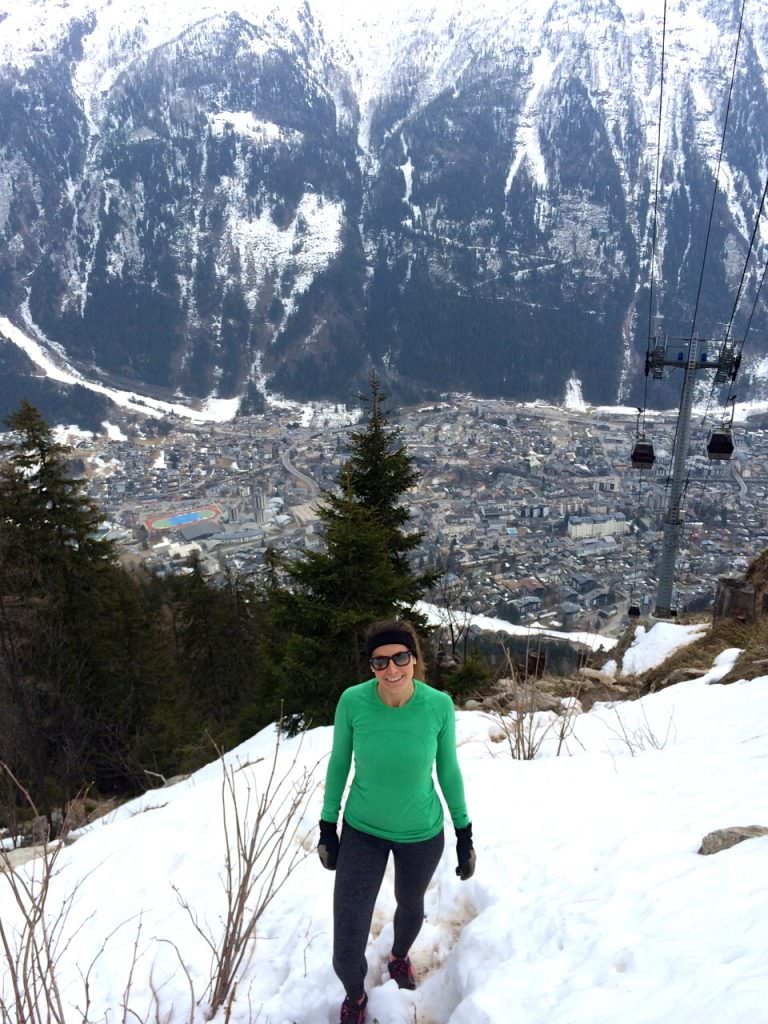 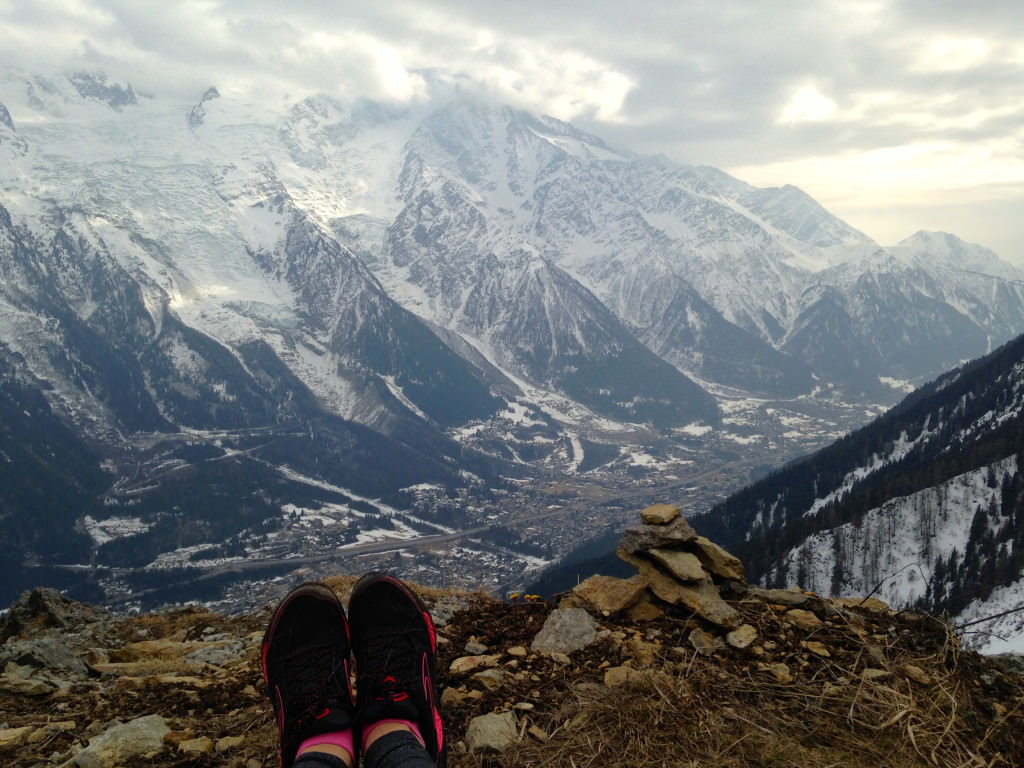 Once you get to the top section, the gradient increases and there are areas which are slightly more technical, involving handles, footholds and a lot of scrambling on your hands (if you’re me!). I actually loved this bit, and although looking down was a little daunting, it was so much fun to challenge myself with something new. 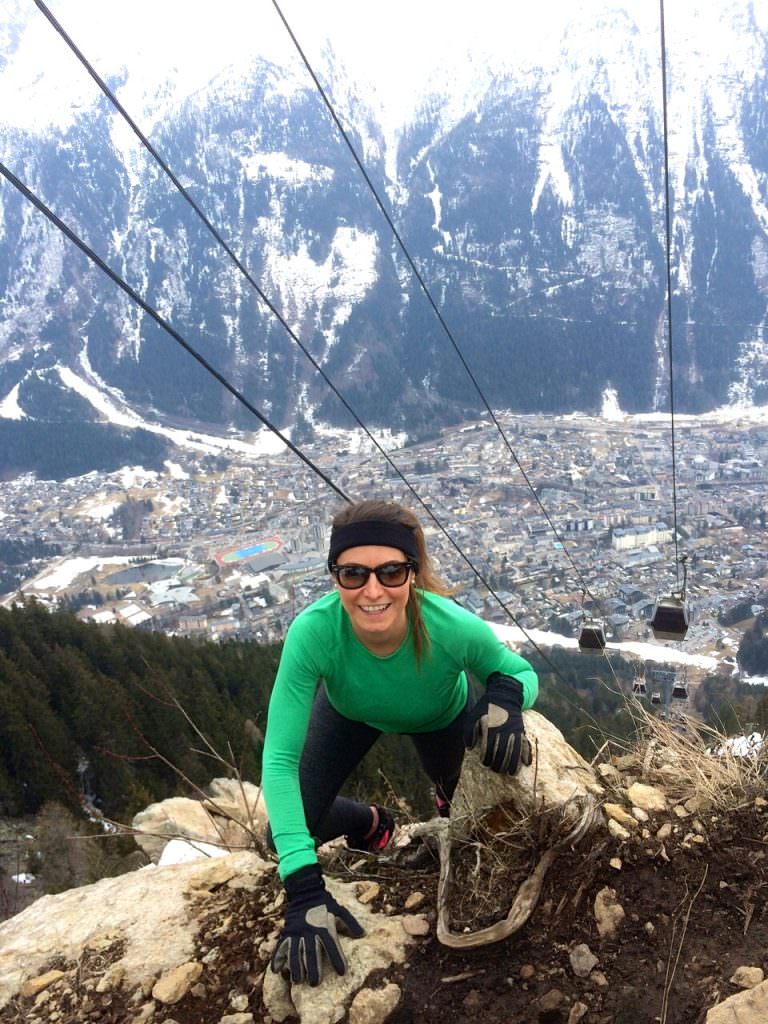 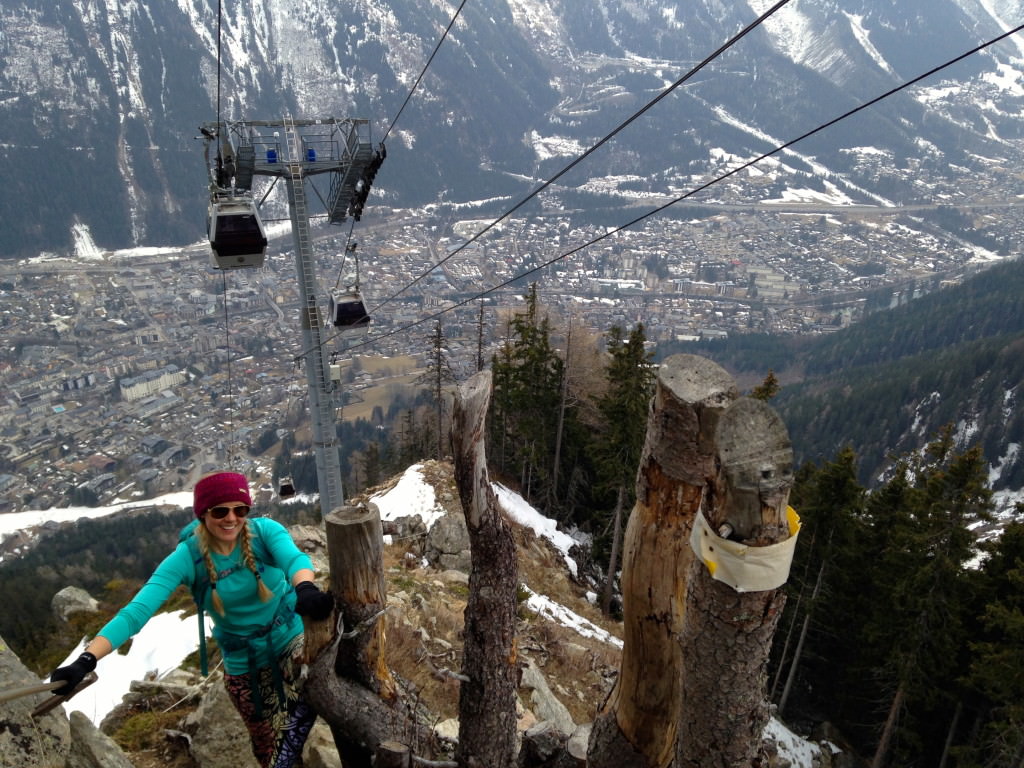 This was the perfect way to catch up with Sophie, as well as tackling one of the challenges that I’ve heard her talking about so much. We completed the trail in under 2 hours, the mini goal we’d set for ourselves, although I’d love to come back and do it faster. Sophie’s best time is 1hr 10 however she’s hoping to complete the official Vertical KM race in June within an hour! Think I’ve got a lot more trail and hill running practise to do before I’m anywhere near that speedy.

Of course, the best way to celebrate is with beers at the top of the mountain! 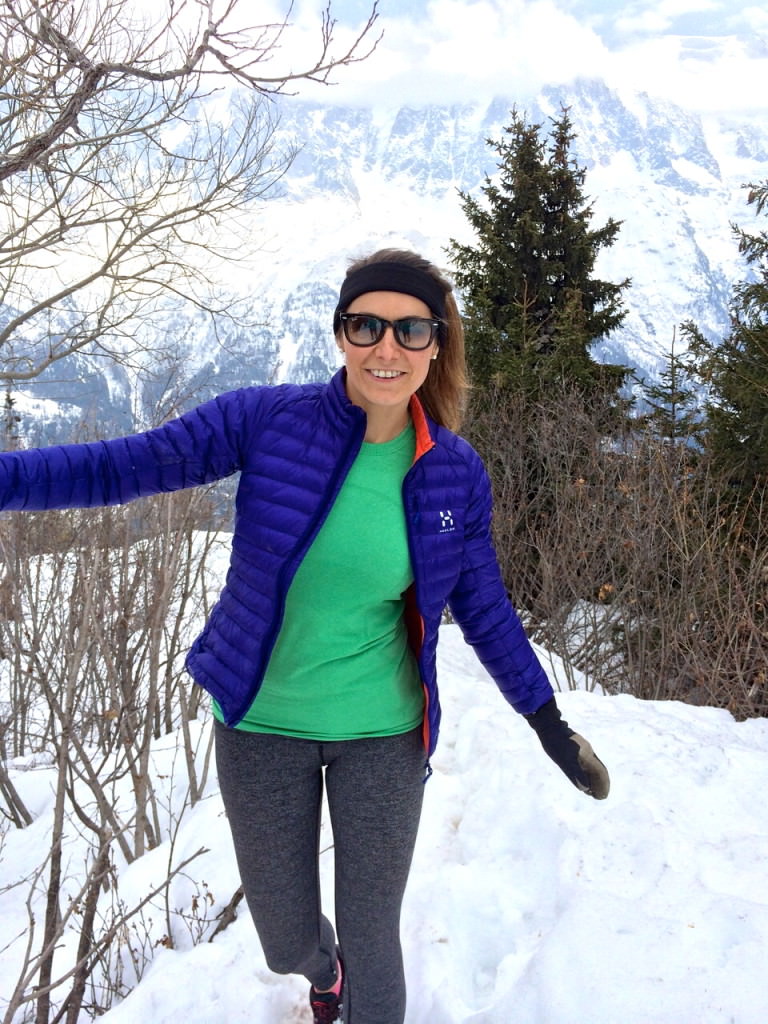 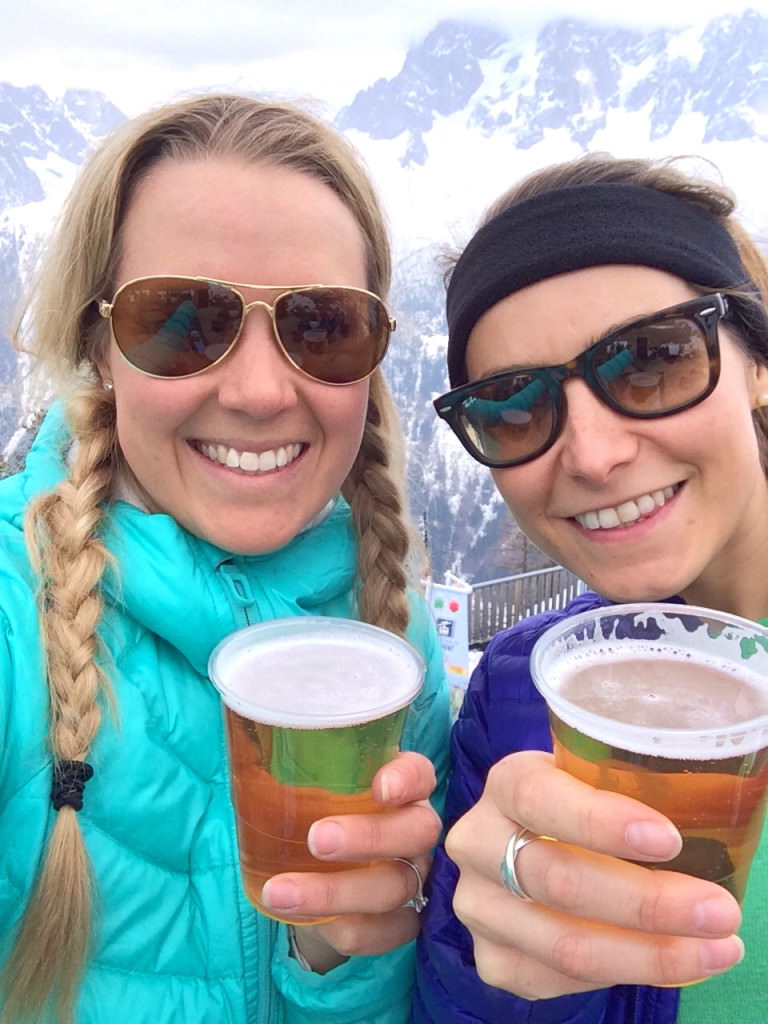