It’s been a while. A really long while since I wrote my Marathon recap, and a while since I did any real exercise. I dipped a toe into a Spinning class, loved it, but haven’t been back since (next week!). I have attended 2 embarrassing Body Pump Classes, and felt weak whilst doing them but amazing afterwards. I have walked 26.2 miles for WalktheWalk breastcancer charity. And I have now been on two 2 mile runs.
My exercise break has had a lot to do with my feet- unfortunately I got some pretty gruesome blisters during the marathon, despite all the advice I took on trainers and socks, and strangely, not suffering from any blisters during training. I had to wear flipflops for a week afterwards, and found walking pretty painful. Once those blisters started to heal, I took advantage of some free class passes at Fitness First and attended a Spinning class and a Body Pump class, both of which I hope to repeat regularly in the future.
I had signed up a while ago to take part in the MoonWalk with work, and so started ‘training’ the following week, this involved me walking home twice- all of 6 miles, and one longish walk with my colleagues at the weekend ending at a local pub!
The idea of the MoonWalk is that 17,000 women (and a few token men) walk through 26.2 miles through London, overnight, in their bras, and raise money and awareness of BreastCancer. This was the 15th year and had a ‘Rock and Roll’ theme. Many people walked in just their bras, but our group wasn’t that brave and wore t-shirts underneath them (and coats over them when we got cold at 3am!) 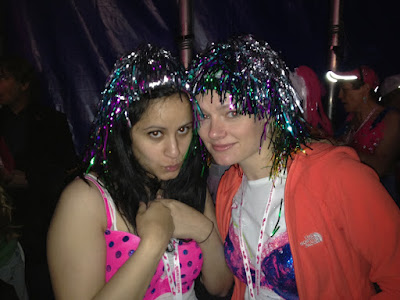 The night of the MoonWalk arrived and I felt totally underprepared- I hadn’t slept that well the previous night, and had been for a pub lunch with friends during the day. Still, I made my way to Hyde Park to meet up with the rest of the team. We hung around in the VIP tent before our start, unfortunately instead of the pre walk carb loading pasta that we had been promised, in our tent there was actually a really odd selection of mini meals, including Clam Chowder…does anyone want that before an 8 hour walk? 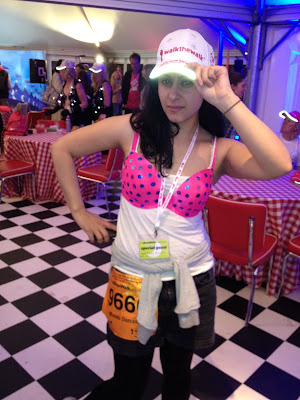 Around 11pm we realised that some of the Celebs were making their way to the start line, and not wanting to be left at the back, we followed them. Unfortunately we weren’t paying too much attention, and accidently followed the celebs up some stairs to wave off the starting walkers and officially start the race! Whoops! After snapping a couple of photos, we made our way to the start zone, sneaking through the barriers and flashing our VIP passes! 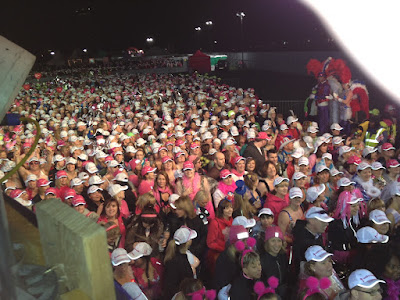 I found it a bit of an anticlimax at the start, as unlike the marathon, you don’t really pick up your pace once you cross the start line. But it was fun seeing so many women in fancy bras/costumes. The first 10 miles were fun, pretty busy and we entertained ourselves by chatting. We also had to make a bathroom pit stop or two, but luckily didn’t have to queue for too long. 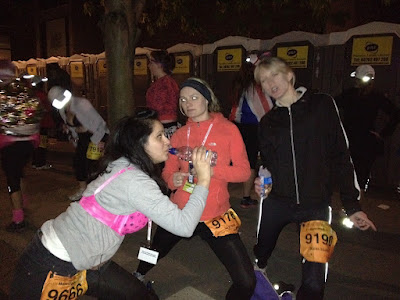 But then the half marathoners split off to head back to Hyde Park, whilst we kept trudging on. At one point I said to Jo, ‘they only have 3 miles left and we have 16’, that was not such a great moment! To entertain ourselves we plugged in Monaz’s speakers and blared our some music from her rucksack. I think people around us liked our singing but probably not.
Once we walked through Battersea Park and into Chelsea, things got a little depressing. It was dark, cold and very quiet, and for these miles we had to plough up and down deserted residential streets. This is when the anorak and ipod were brought out. 13 slow, pretty painful miles ensued. Unfortunately I had got blisters around mile 6 on top of my marathon blisters and my feet were really sore. Everytime we stopped for the loo or at a traffic light it was seriously painful to start walking again. 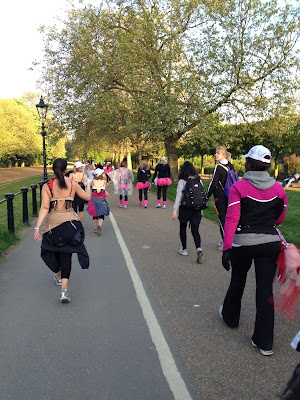 The worst few miles for me were between miles 18 and 22 (similar to the London marathon), we had a very welcome Hot Chocolate stop, only to discover that there were absolutely no loo’s for the next 8 miles! It was very very uncomfortable, but I was so pleased to see the bathrooms in St James’s park, and perked up a lot after a quick stop! 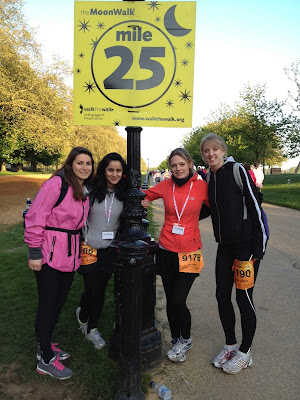 We were so pleased to reach the mile 25 marker in Hyde Park only to discover that the final mile felt like the longest of them all. We found that throughout the route not all of the mile markers were actually a mile apart, some seemed to have been placed closer or further apart for convenience. Very annoying, and particularly so after my Garmin died at mile 15- obviously did not charge the batteries! 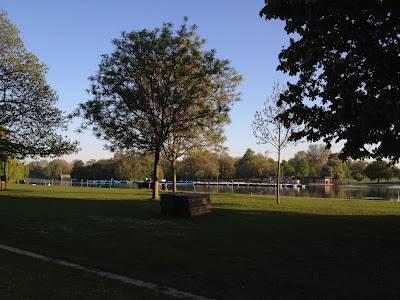 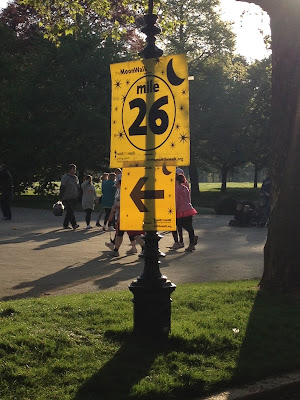 We crossed the finish line at 7am- without an official time but we think it took about 7 and a half hours. We were thrilled to be finished but rather disappointed that the VIP tent had shut- we had received texts from the half marathoners telling us there was coffee and croissants waiting for them in the VIP tent when they had finished.
We hopped in taxi’s home and i literally couldn’t be in bed quick enough. I had a quick shower, inspected my blisters then passed out for the next couple of hours! Due to the pain in my feet I actually think that the walking MoonWalk was worse than running the actual marathon- never again!! I am so impressed by the women who do it each year and raise thousands for WalktheWalk, there was even one woman who was completing the course twice!!