Last weekend Tom took me for lunch at The Hind’s Head in Bray. It is one of Heston Blumenthal’s restaurants, and right down the street from The Fat Duck. The Fat Duck has been voted the Best Restaurant in the UK, has three michelin stars and consistently scores 10/10 by the Good Food Guide. It’s on my bucket list to eat there soon, it’s just so tough getting a table there!

The Hind’s Head was voted ‘Pub of Year’ in 2011 and has been awarded a Michelin star. And it did not disappoint in food or service.

We arrived in Bray early and went for a walk around the town. 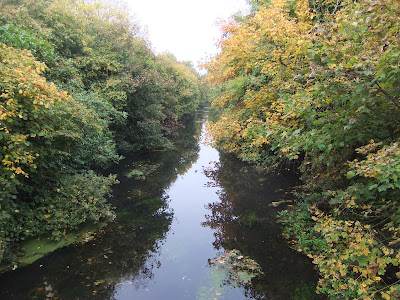 Bray is on the River Thames, and with all the Autumn colours it was beautiful. Tom was a bit annoyed to be missing the Chelsea game so kept checking his phone. Apparently Bray is not the sort of place that has pubs that show the football. 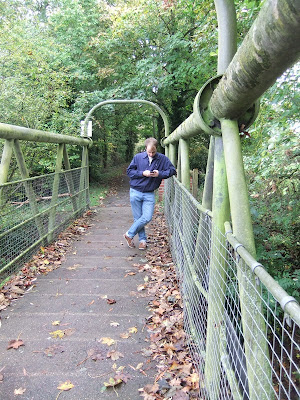 We also met this gorgeous horse on our walk. Tom cheered up by feeding it some polos. He didn’t believe me when I told him that horses like polos until they started snaffling them out of his hand! 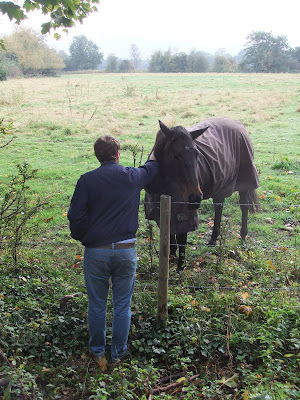 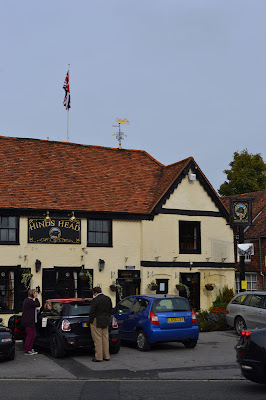 I started my meal off with a Virgin Mary. They make their own spice mix and it was delicious. It also had a very fancy garnish!

For starters we had to try the famous scotch eggs. The Hind’s Head came second in the UK’s Best Scotch Egg competition. I love Scotch Eggs so couldn’t not try one. The eggs inside were quail’s eggs, which meant there was a lot of meat around the egg. It was perfectly cooked, with a juicy pork meat and a runny yolk. I would have liked it to have been a bit herbier though. It was served with a mustard sauce that really made it. 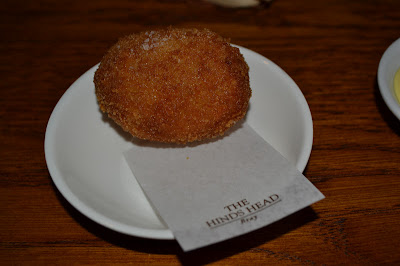 For my main course I chose a Shepherds Pie which was warm and filling, perfect for this time of year.
It was very tasty but a little too much. I couldn’t finish it all. Maybe because I had to try some of Tom’s triple cooked chips… They were amazing. 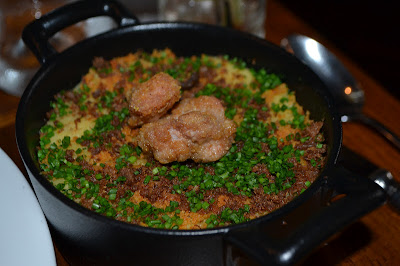 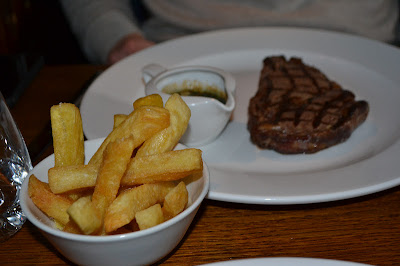 And I obviously had to save some room for pudding! I had an awesome chocolate tart with amaretti biscuit base with vanilla icecream. It was smooth, rich, indulgent, sweet, I could go on, lets leave it at AMAZING. 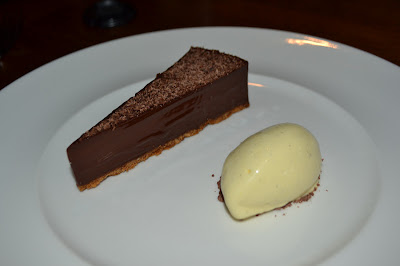 Tom chose a rhubarb trifle; definitely wouldn’t be my choice. I’m not a big fan of rhubarb OR trifle, but Tom loves both of them so it was the perfect pudding choice for him. 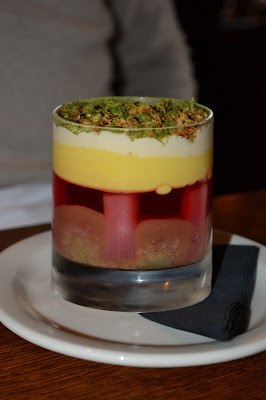 I was so tired after lunch that I fell asleep for the entire drive back to London! It was such a nice lunch and good to get out of London for the day. It has also made me more determined to eat at The Fat Duck  soon. I have dropped a number of hints about wanting to go for my birthday next year.