The Happiest 5K in the World.

Also, the hottest 5K in the world. Or so it felt whilst waiting an hour to start the run on Sunday! 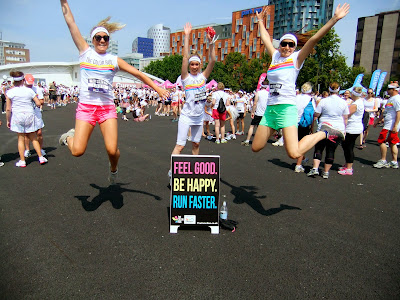 The race was located in Wembley, and, as we discovered during the race, would take us through the picturesque industrial site. Despite being in West London, Wembley is actually fairly tricky to get to from Chiswick, and the tube was not all that pleasant in 30 degree heat. We arrived in Wembley about 2.30 and were greeted by thousands of others in matching Color Run t-shirts and headbands. 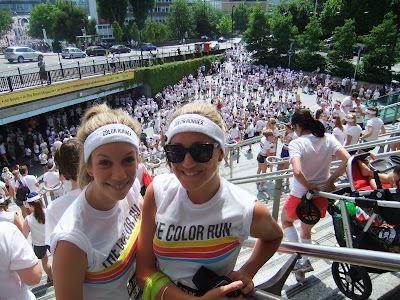 Somehow in the sea of people, we managed to meet up with Zoe, Charlie and her friends. Then joined a seemingly never ending queue of people waiting to cross the start line. With over 14,000 people taking part, the start was staggered into waves of 1,000. We ended up having to wait over an hour in the heat to get going, by which point we were all hot and sweaty! For next time, if you want to start near the front, get there a lot earlier! 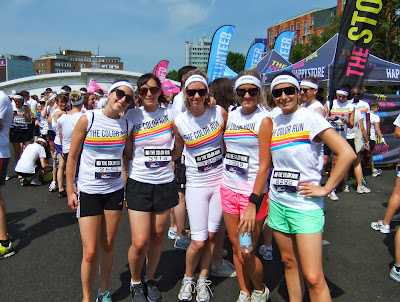 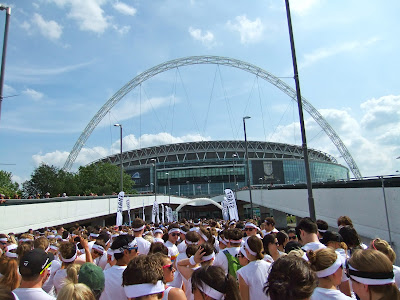 We decided to take it easy on the run, and have fun, without the possibility of heat stroke! 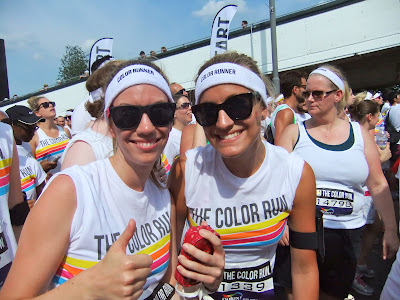 The paint areas were spread out at 1km intervals, in colour sections. Our first stop was pink… 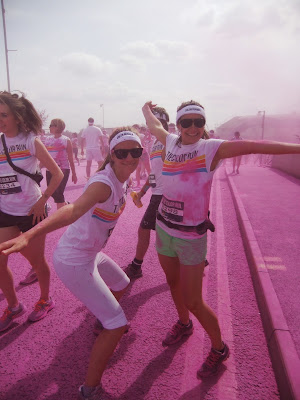 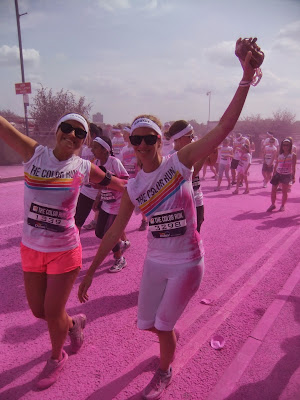 The paint was powder paint, with volunteers spraying it out, and runners grabbing handfuls from the boxes/floor and throwing it at one another. Next up was purple… 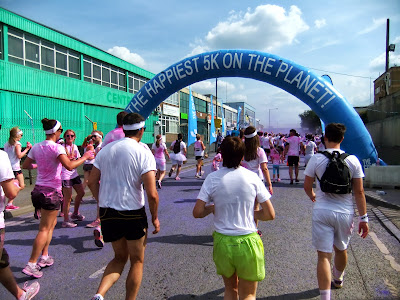 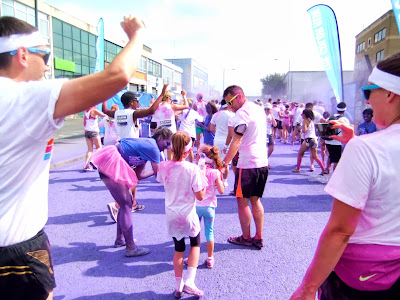 The race was really family friendly (except for the long wait at the start), and lots of people had kids with them or in prams. Some looked like they were loving it, others didnt!! Sadly there was no bag drop at the race, so I ran with my bum bag- which was quite annoying! 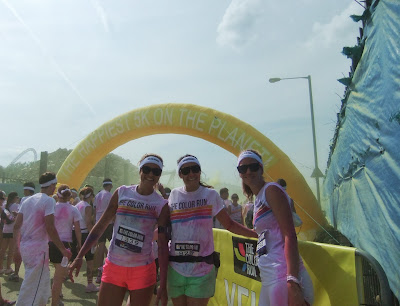 After purple was yellow! As you can see lots of people were walking the course. We tried to jog between paint stations, but had fun walking through the paint, throwing it at each other. Amanda and Jess tried to make me blonde in the yellow section! 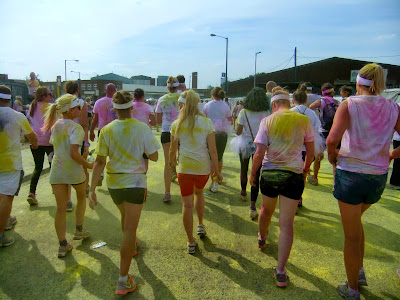 The last colour was orange… by this point we were pretty covered in paint. We were really glad we’d worn sunglasses so that it didn’t get in our eyes, although my glasses were pretty dusty by the end of it making it quite difficult to see! Luckily there was a water stop on the way, but we wish we had brought more water with us. 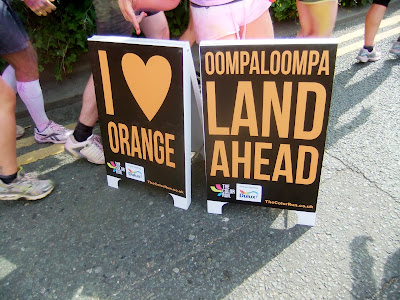 The course went really quickly, probably because we were having so much fun. We certainly weren’t as covered in paint as some others that we saw- some were rolling on the floor in the paint! (It did take me three hair washes to get it all out though!)

I would have loved there to have been more music along the course, as everyone was running without music, it would have been nice to have something to sing along to.

After the race, we were given Vita Coco’s, water and a packet of paint, and encouraged to join the dance party! Of course we did! The best bits were taking part in a Harlem Shake, and dancing to Gangam Style.

We had a brilliant afternoon, and I would certainly recommend signing up for a Color Run if there is one near you. Color Run Uk are running one in Manchester next weekend, as well as one in Brighton in September (sign up here). At £29.99 the race is not cheap, but it is definitely a lot of fun!

Have you or would you take part in a fun run like The Color Run?