For the last couple of weeks, I have been attending the Elle Nike ‘Train to Run’ session in Hyde Park (you can see the review from the first one here). Mostly I have been attending on my own, although it’s such a friendly group, and we are encouraged to do things in pairs that I haven’t felt alone. This week, however, the lovely Zoe came along too.

Each week they try to change up the format of the session, including different movements, whilst focusing of strength training. A brilliant advantage of the NTC is that it is all body-weight workouts, so you could do the moves anywhere you like with no equipment.

We started as we do each week with the warm up; we line up in rows (a bit like a PE class), and do various moves, like bunny hopping from side to side, squat jumping, and an exercise to open our hips that I just could not get right (tightest hip flexors in the world!) 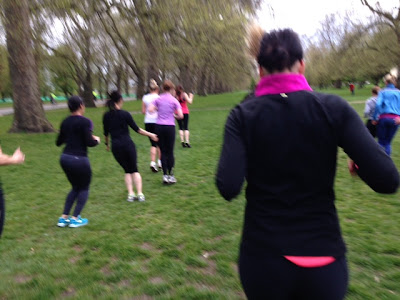 In previous weeks we split into groups after the warm up, but this time we stayed in one large group, and were told to get into pairs. One person in the pair had to hold a plank, whilst the other did burpees and jumped over the person in a plank…for a minute at a time before alternating. Twice.

It was hilarious and a great ice-breaker. And pretty painful.

We then moved onto more strength moves, including lunges, side lunges, skaters and alternating leg lunge jumps. 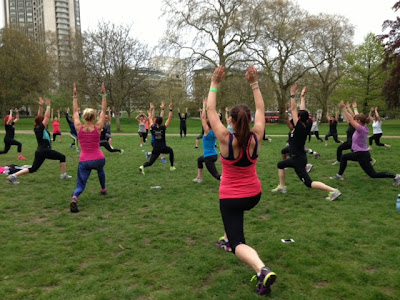 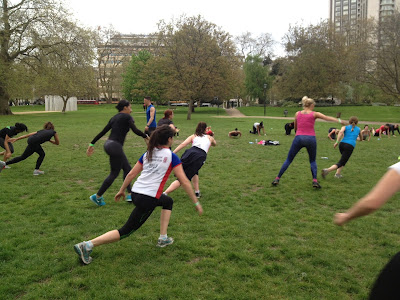 Once our legs began to shake, we moved onto more core and arm work, including numerous planks and a round or two of push ups! 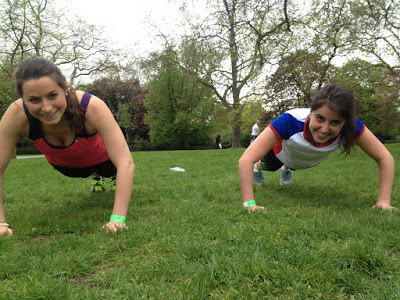 The trainers went round whilst we were performing all of the moves to ensure we were performing them correctly, getting low enough and working hard. Trust me, we were working. Although when we asked one of the trainers to take the photo of Zoe and I he did laugh at us, and ask if we were here for a catch up!

No ‘Train to Run’ session would be complete without a few rounds of squats, squat jumps, squats with pulses and twist squats. The moves below; deadlifts whilst your partner was completing a minute of hip thrusts, actually felt like a rest. My body was shaking by the end and I felt like I’d had a great workout. 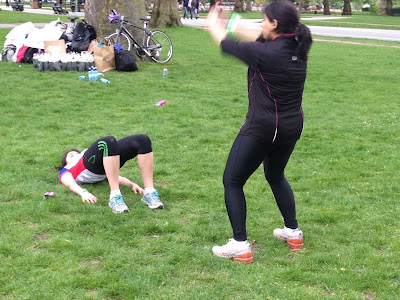 Unfortunately, I had to shoot off before the end of the session to meet some friends for dinner, and cycling through Hyde Park was no joke after a ‘Train to Run’ bootcamp. It was another great session with brilliant trainers who push you constantly and don’t let you slack off, even in a big group. Overall I enjoyed the first ‘Train to Run’ session the most, as we seemed to do movements that were most functional and specific to running, whilst many other strength moves I would work on during a BodyPump or TRX class, or weights session.

I love that Nike are providing so many free, accessible running and strength sessions to anyone who wants to get involved. Whilst the Train to Run and Run clubs that I have been attending have been focused on those running the #WEOWNTHENIGHT 10K (places still available here) they run many across London and the rest of the UK that are open to anyone, just check their facebook pages! Sadly that was the last of this series of ‘Train to Run’, but I highly recommend trying out another of the Nike Training Club classes!

A couple of weeks ago at Run Club, a few of us were asked if we minded being in some campaign photos, never one to miss out, I jumped at the chance. After running numerous times around a small bit of grass being told to ‘remember our faces’ and ‘careful of your hair’, (who knew it was so hard to be a running model!), here is my small claim to fame… 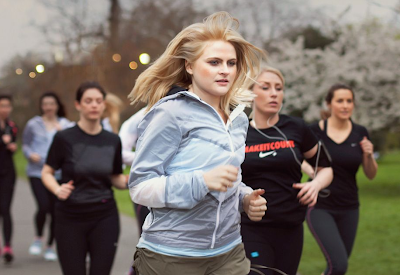 Check out the awesome Nike Elle Edit online or instore, I am seriously lusting after Nike Pro Printed Capris!