Often the best part of a race, apart from the finish line and medal, are the course spectators. It’s great to see people you know along the route, cheering you on. It keeps you smiling and pushes your pace while you pass your friends.

I also, cannot stress how great it is to have strangers cheering you on along the course. Telling you you’re doing great, or that they’re proud of you. During the London Marathon I had my name on my top, and it was awesome having people cheering my name as I ran! 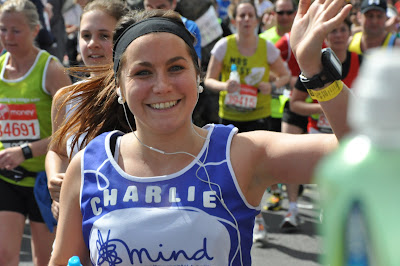 This morning I watched my friend Helena and her boyfriend, Tom, running the Richmond Half marathon. It was Tom’s first half marathon, and Helena’s third, I think. 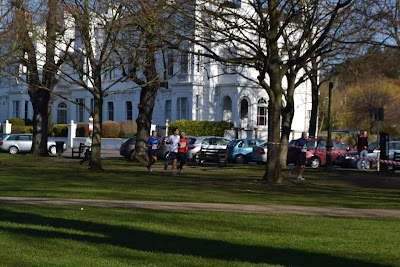 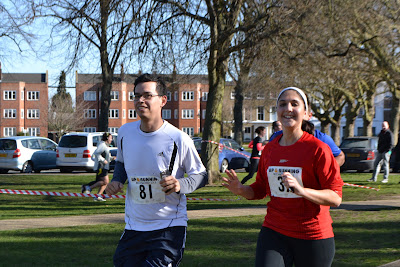 The sun was shining as they ran past us, just about to hit mile 6. Loved receiving this text when they finished, made it worth an early start to cheer them on! 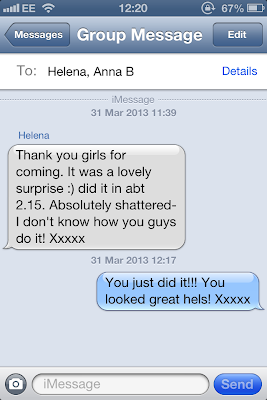 I have spectated a couple of other runs, including my ex-boyfriend, Jack, during his first marathon in 2011. It was so inspiring watching people running, especially as I had to pull out that year. 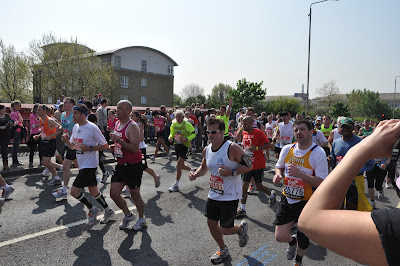 It meant a lot to have him cheering me on in the final mile of my marathon in 2012, despite the fact that we had broken up. It was something we had trained for together, so it was great to see him at the end of my 26.2!

My Mum has been an amazing spectator, and is by far my biggest fan! She’s travelled to Portsmouth, Marlow, Regents Park and across the London Marathon course twice for me. She also takes great photos of me running, far cheaper than the official ones! I can’t thank her enough for her continuing support! I know she got really emotional when I finished the marathon! 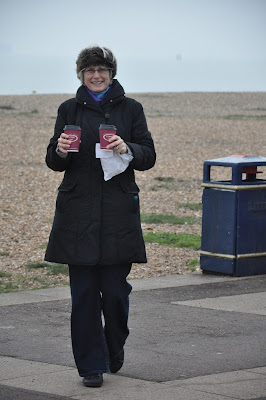 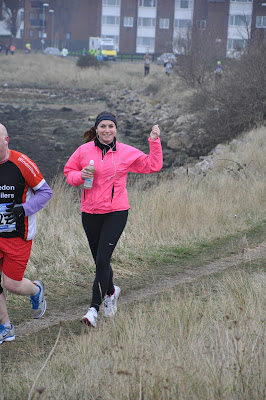 If you’re going to spectate, I recommend working out your route around the course, or cheering location before you head to the race. Often there are great, quieter places to see people, or you might want to be in the action near the finish line, or when the race gets tough for runner. When watching a marathon, work out which spots you’re going to make it to, and let those running know in advance so that they can look out for you there. Don’t forget to bring snacks and drinks for yourself, as well as some for the runners, if they ask you to. My Mum had a stash of Lucazade light for me during the London Marathon,as I found the orange full sugar one too sweet.

If you are a runner, or even if you’re not, I really recommend going to watch a local race in the near future. Regardless if you know anyone running it or not, it is great motivation for you to get out and run again, and sign up for another race, plus it’s great for the runners you’re supporting. Maybe I’ll even sign up to volunteer at a race near me soon.

Have you ever volunteered at a race? Do you spectate races even when you don’t know anyone running? Did you go for a run on Easter Sunday?