This weekend started with something I haven’t done before, watching the live filming of a TV show! We were invited to come and watch the filming of ‘The Last Leg’, a comedy show that started during the Paralympics, and was so popular that they have secured another series. 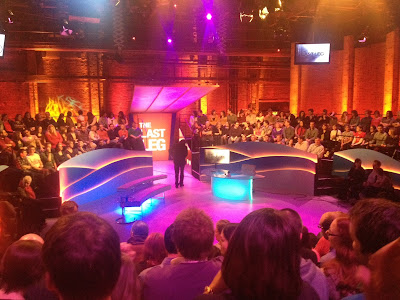 We were shown to our seats about 45min before the show began, and had a warm up act to get the audience laughing (there were quite a few clapping practises). 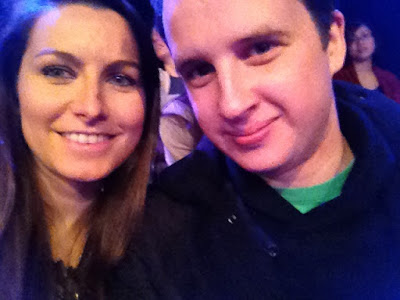 The show went by so quickly! I was glad that we weren’t picked on by the presenters, although a little disappointed that we didn’t end up on TV that much (we obviously watched the show on replay the following morning and paused it a couple of times!)

Saturday morning and we were up to meet Char and Nick for brunch at The Table Cafe. I chose the sweetcorn fritters with poached eggs for breakfast, and they did not disappoint! 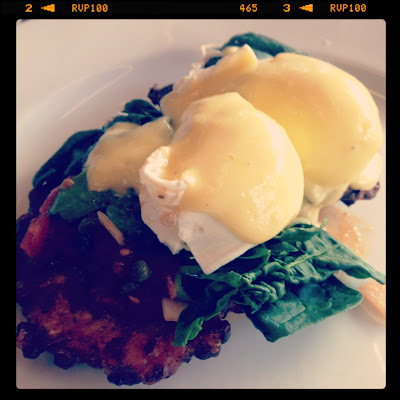 We had a lovely time catching up and chatting, until we were asked to move on! Obviously they weren’t so pleased that I had nursed my latte for nearly 2 hours! The food was great though, so I will definitely be heading back there. They also do lunch and dinner there which I imagine would be just as delicious.

The sun was shining with bright blue skies, for the first time in weeks. We decided to take advantage of the clear skies, and take a trip on the Emirates Cable Car. It was built before the Olympics, and is another means of commuting across the river, between the 02 at North Greenwich and Royal Victoria Docks. 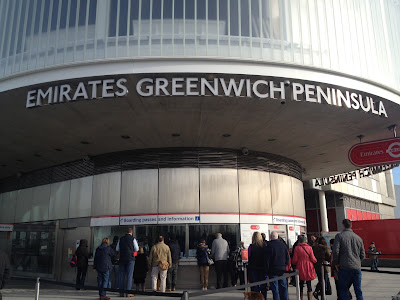 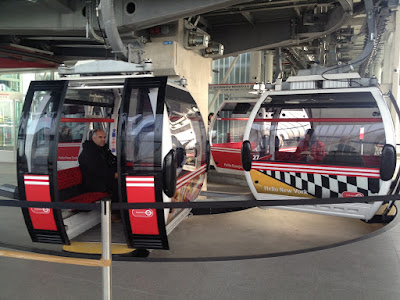 You can use an Oyster Card  for a one way or return trip. I’m not sure how many people actually use it to commute, but there were certainly a few tourists using it to view the Docklands area. 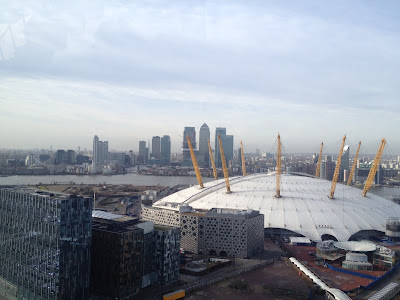 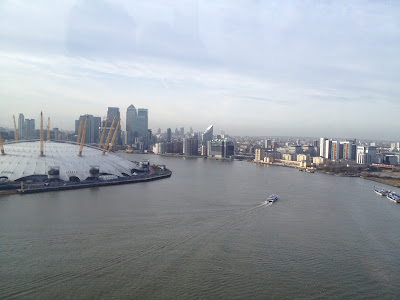 The views over the 02 Arena, and Canary Wharf were quite impressive, and you could see across most of London. I decided it would be quite nice to live in one of the converted dockside apartments for a bit, they looked very modern. 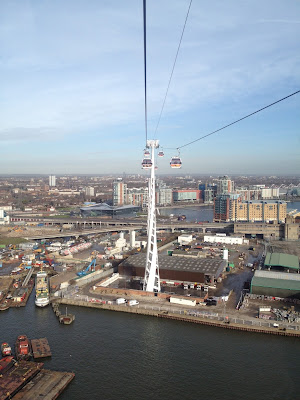 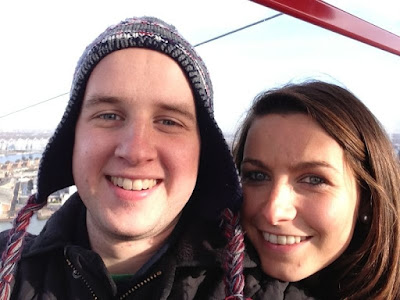 The photo above highlights the fact that I need to buy some anti-wrinkle cream and some spot cream, clearly I am not following my new years resolution to look after my skin better! And that Tom needs a new hat.
After our trip across the river, we stopped at the The Crystal, an exhibition by Siemens about sustainable cities. The geography geek within found it really interesting. It would be a great free exhibition to take kids to as it was very interactive- we got involved in all the games!

This morning, my friend Emily and I went for a short run together. We haven’t been for a run together since we ran the London Marathon together last year. It was raining and miserable so we were decked out in matching fluorescent jackets. Check out Emily stretching out her hamstrings before our run. 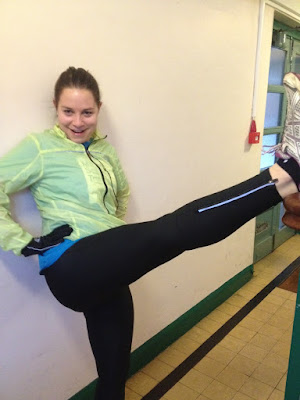 We only planned to do about 3miles, it is scary to realise how much fitness we have lost since last year! We ran slowly and chatted for the first 2 miles at about 10.15min mile pace, before picking it up to a 9.30min mile pace for our last mile and a bit. It was fun having a running buddy again!

How was your weekend? Was it action packed or relaxed?