Last Friday 25th January was Burns Night. It is a Scottish celebration of the life and works of poet Robert Burns. Typically you eat Haggis with Neeps and Tatties (swede and potatoes) and drink Scotch Whiskey.

My friends Anna and Ben were kind enough to host a belated Burns Night for us this Friday. They were decked out in tartan, and had laid a beautiful table. Once again, I apologise for the terrible quality of my iphone photos, must invest in a new little camera to keep in my handbag! 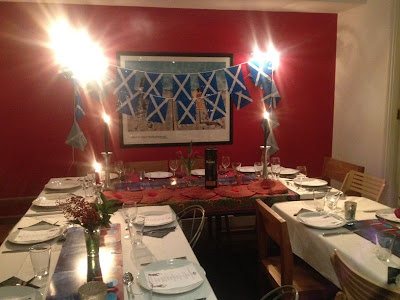 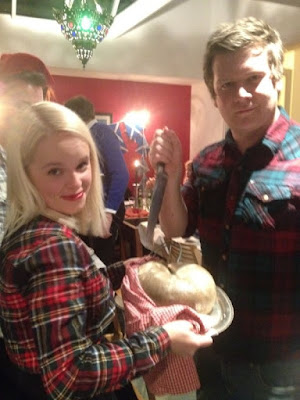 They had cooked a giant Haggis for supper, as well as a vegetarian one. It was many of my friend’s first time eating haggis. It was not to everyone’s taste!! I personally really like it, but I have grown up eating it, and I guess it is an acquired taste. (I am purposefully not noting here what haggis is made of as I don’t want to put you off, but you can find out here )

Our evening started with the Selkirk Grace from our host.

Some hae meat and canna eat,
And some wad eat that want it;
But we hae meat, and we can eat,
And sae let the Lord be thankit.

Followed by the Address to the Haggis, which was done via video link to Ben’s Dad in Miami!! 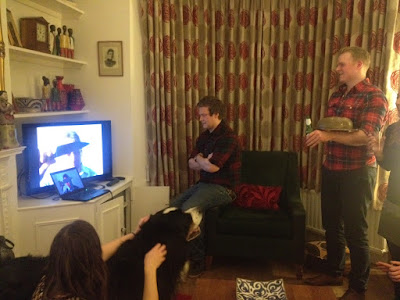 After supper we had Ben’s Toast to the Lassie’s, which was very funny, and only mildly insulting, to which Anna replied with a Toast to the Laddie’s! 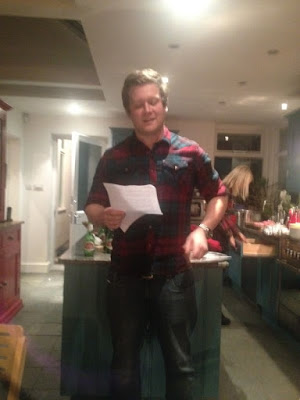 Dessert was a very strong, delicious Cranachan, which comprises of whipped cream, honey, fresh raspberries and a lot of whisky! 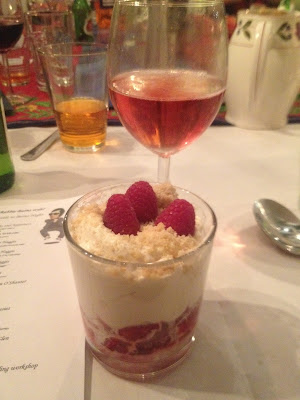 After dinner there was dancing, and the wearing of these attractive hats… 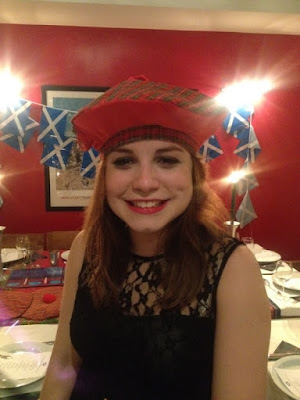 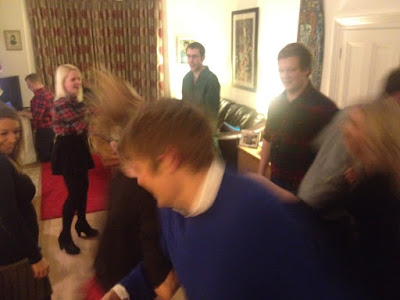 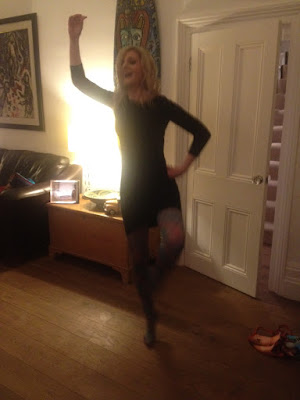 The celebrations continued onto Saturday with the Six Nations Calcutta Cup match. For those of you that aren’t rugby fans, the Calcutta cup is the Scotland vs England game. We were lucky enough to be able to go to the game at Twickenham. We wrapped up warmly for our carpark picnic (why does Tailgating sound so much more fun!), and enjoyed a few drinks with friends and Tom’s family before heading to our seats. 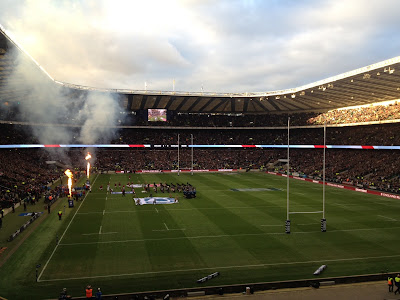 I am Scottish so was supporting them in this match, however Tom had made me cover my Scotland rugby shirt with an England one! Although England won the match, as predicted, Scotland played well, and even scored a try right infront of us. 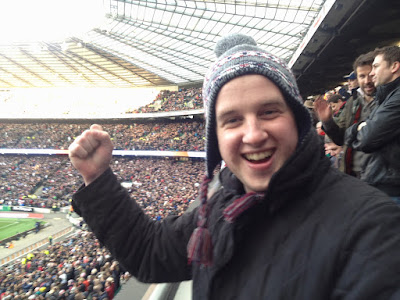 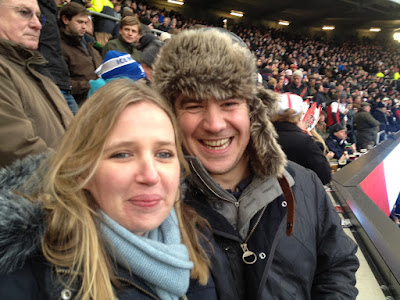 We were sitting with Tom’s sister and her husband. Such a fun game to watch, but it was pretty cold inside the stadium. I was glad to head home and warm up after the game (and a few more drinks in the grounds!). Hope you had a great weekend, mine was certainly fun but not so healthy. I definitely need to up the exercise and nutritious food this week to make up for a weekend of indulgence!