When I got an email from Nike asking if I was free on Saturday morning and wanted to run with Ellie Goulding, the answer was a definite yes!

It was a pretty early start, meaning we had to be let in the Nike Town store at Oxford Circus through a back entrance. I picked up my race pack and donned my orange race top with all the other runners, including Becs and Laura. We then headed upstairs to the #WEOWNTHENIGHT instore boutique where Charlie Dark, of Run Dem Crew (so tempted to try out a session with them!), chatted with Ellie Goulding about training, run tracks, races and running routes. She was clearly feeling the effects of the early start, like the rest of us! She impressed us all with her half marathon time of 1hr 41 (although she was aiming for 1.38) recently achieved in the DC Women’s Half, and told us of training all over the world, finding personal trainers in each city/country to guide her on the best routes and show her around.

Ellie sad that she loves running in London, particularly around Hyde Park and that she has a standard 10K route. She also admitted to being like the rest of us and wanting to make sure her run was a nice round distance, making up distance by looping around her house if she needs to.

Next up was the run!

We ran up to Regent’s Park where there was a brief warm up… we must have looked quite a sight in our bright orange t-shirts! 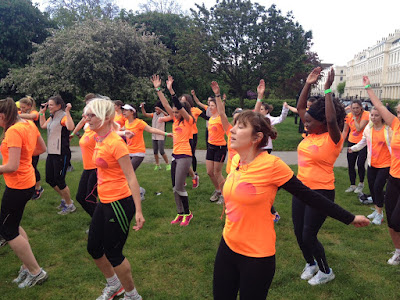 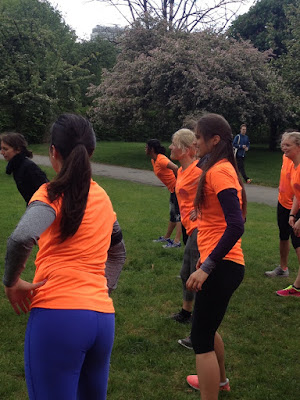 The park looked beautiful and so peaceful. I’ve loved getting to know Regent’s Park a little better over the last couple of weeks through Nike run clubs. It was fun chatting to Emma and Charlotte from Lunges and Lycra while we ran. 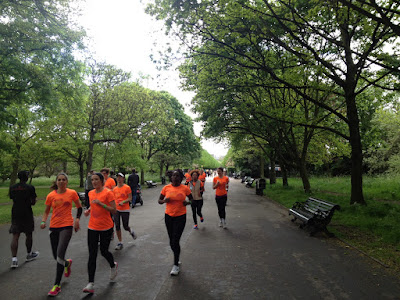 One of the mantra’s of Run Dem Crew is ‘never leave anyone behind’ so we stopped every so often to ‘clap everyone in’. This tunnel idea was awesome! 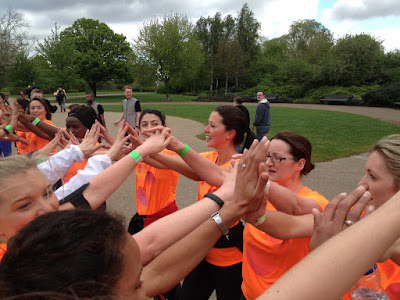 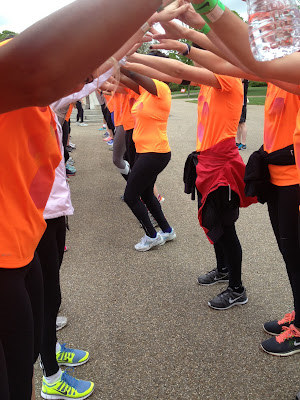 Sadly I had to leave at 10, so when Ellie peeled off from us, I followed suit. I felt so bad when one of the pacers ran after me because she thought I’d gone the wrong way! Although I only got a 2.5 mile run in, it certainly wasn’t a bad way to spend a Saturday morning. Plus I got to see Laura’s new Primark leggings… 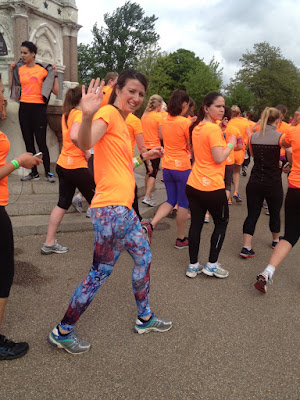 Thanks to Nike for organising so many fun events in the lead up to #WEOWNTHENIGHT, if you haven’t signed up for the Women’s only 10K next weekend already then why not? There are still spaces available to sign up here.

I was at Write this Run today and it was amazing, so inspiring. I’ll share the details with you in another post as there is a lot to share!! Hope you’ve all had a great weekend!