Cities don’t really just stop. It’s very rare you go from urban sprawl to countryside in the blink of an eye, it usually peters out. Not in Richmond along the Thames. You literally follow the path from busy urban area…to a field with cows in. 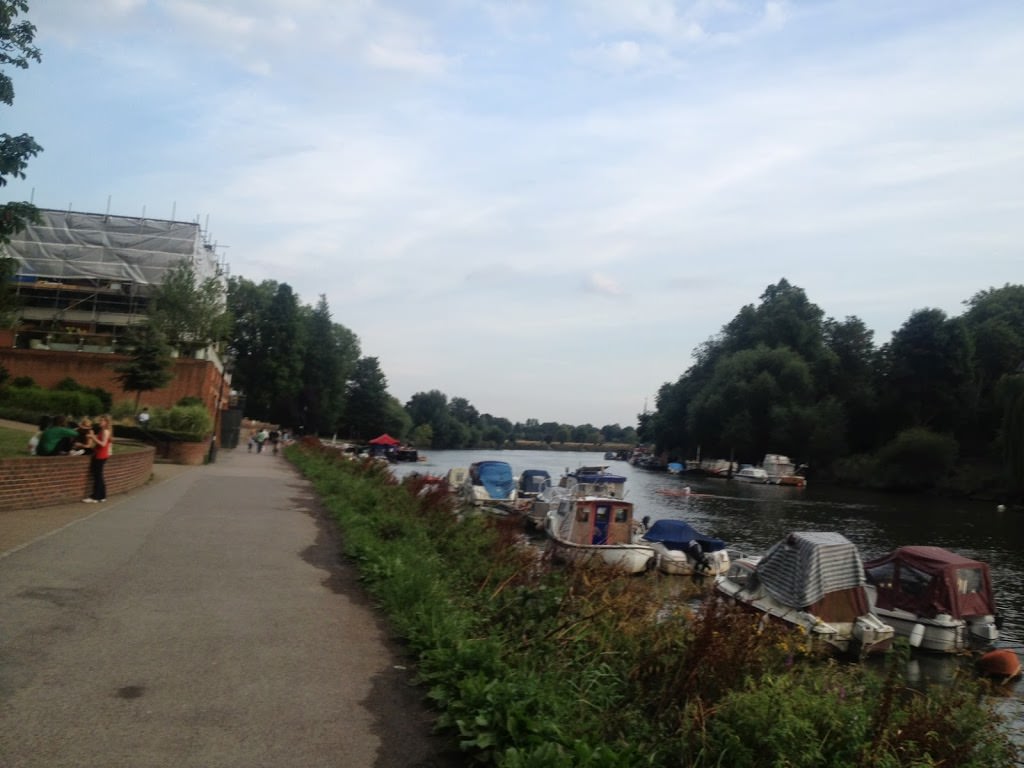 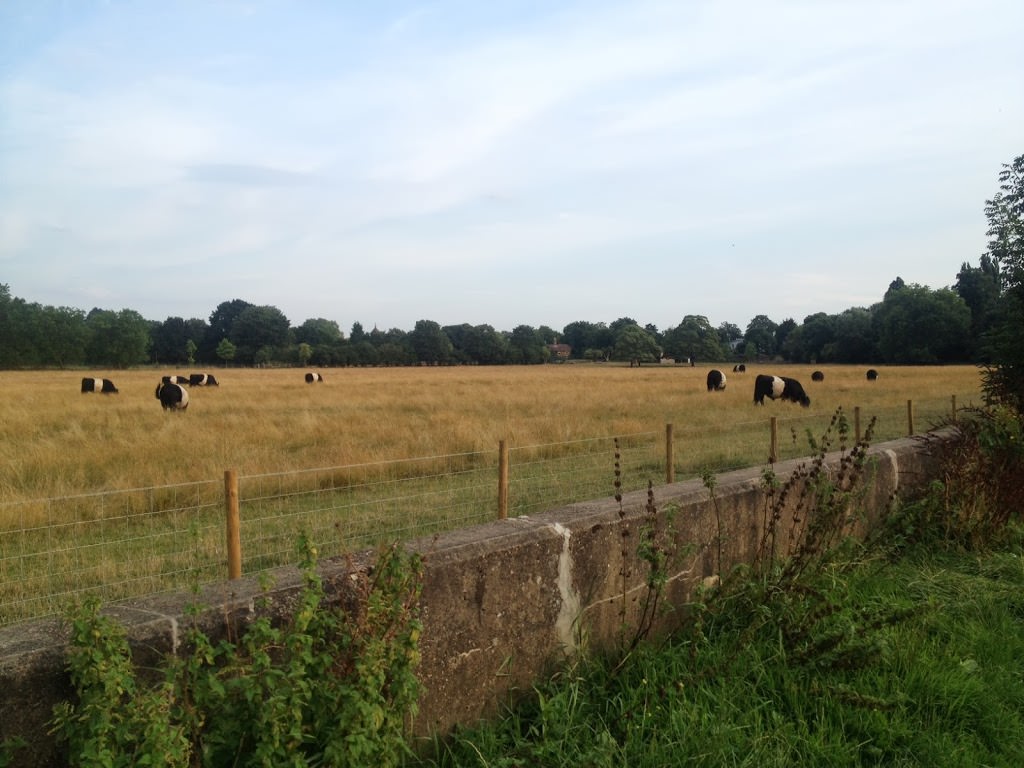 And it is lovely.

Last night I met up with Beki for a casual run along the river in Richmond. Originally we’d decided to do 5 miles, with 3 faster miles in the middle. However, with both of us feeling niggles in our knees we decided to play it safe, and enjoy the scenery and company with a couple of slowish miles along the towpath. 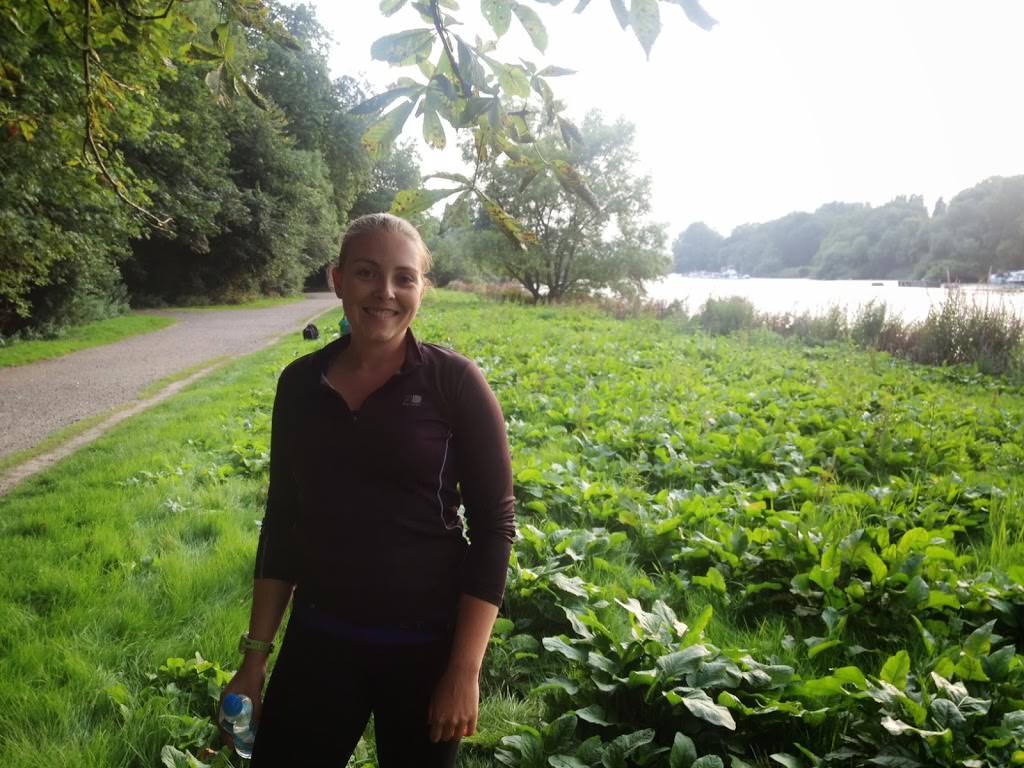 It looked like it was going to rain throughout our run, but somehow we lucked out and it stayed dry. It also meant that the towpath was quite empty except for a handful of other runners and cyclists. It was so beautiful, it felt like we’d left London completely, it was so quiet and peaceful. 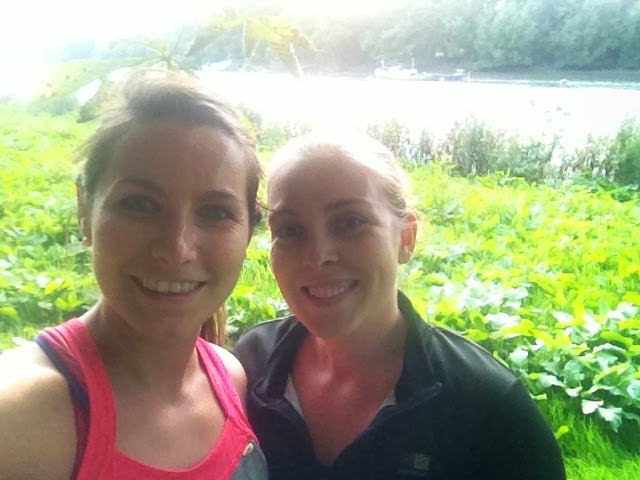 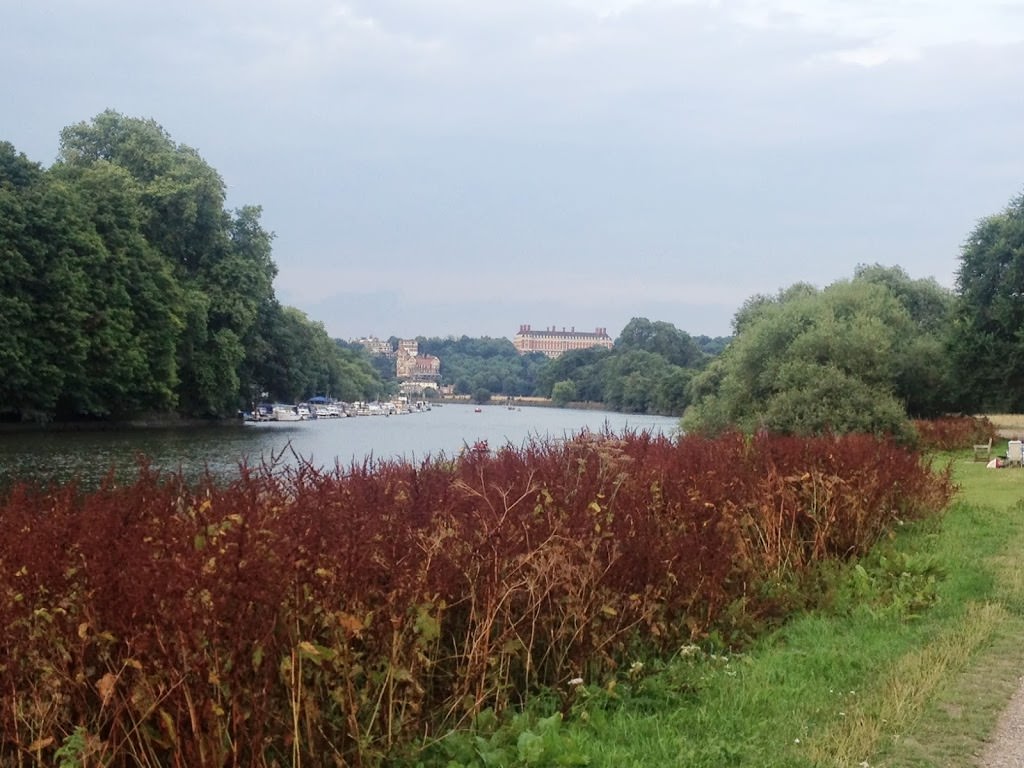 We ran 2 miles out then turned around for the 2 miles back to Richmond (plus the extra mile I ran to the river, making it 5 in total!). On the map it actually only looks like it would be a further 2 miles to Kingston- would be a lovely run one weekend! 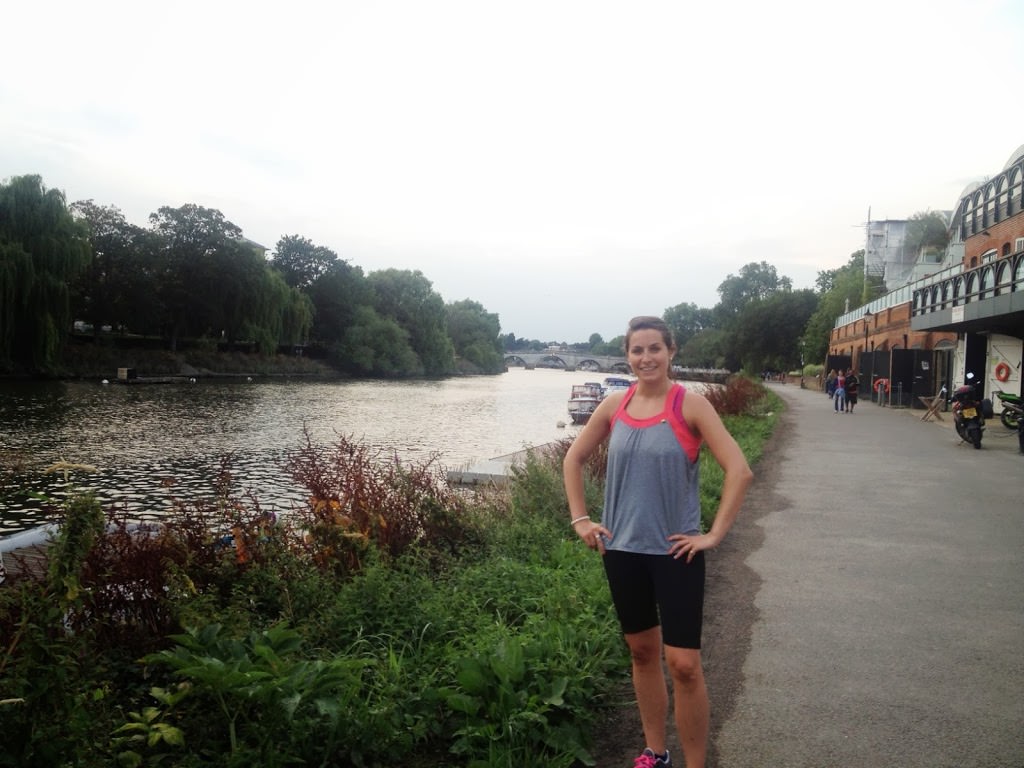 After our run we headed to The Farmery in Richmond, where I had a voucher for some fro yos! They we huge, and really creamy. These fro yos tasted more like ice-cream than many others I’ve had. You could also get a fro yo smoothie or froyo topped waffle. Yum. We both decided on fruit and brownie toppings. Whilst the yogurt itself was really generous, we were a little disappointed by our toppings. I definitely prefer places where you add your own toppings and they weigh them. 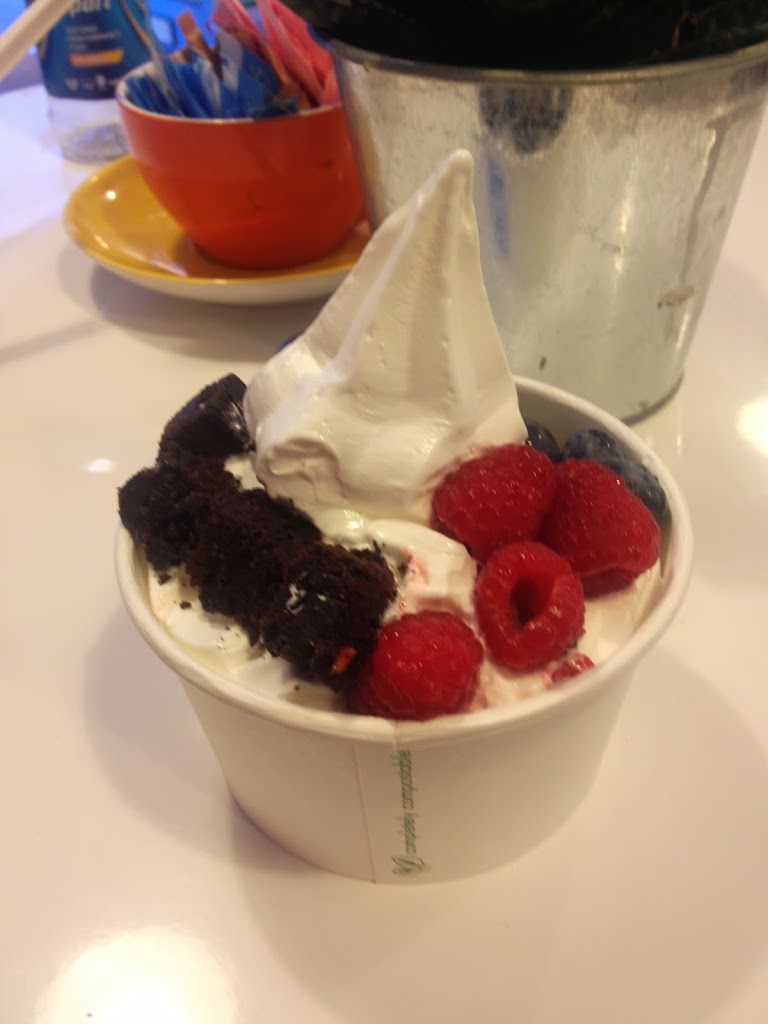 Thanks to Beki for a lovely evening, I’ll certainly be adding this route into my half marathon training, especially as the distances get longer- I don’t think I am ever bored when I’m running next to water!
What’s your favourite running route? Mine is anywhere along the Thames (or Central Park!!)