When I heard that I would be going to New York on a work trip, and spending at least one day in the City, I knew I wanted to go for a run in Central Park. I’ve read countless blogs over the years of people running or racing in Central Park and I wanted to try it out for myself. I was really excited when I saw that our hotel was just a few blocks from the park too! (I highly recommend the Sheraton Times Square for proximity to the park, plus it’s just had a major refurb!)

Bright and early (and humid) on Sunday morning, I laced up my Brooks and slowly jogged to the entrance to Central Park on the South side. 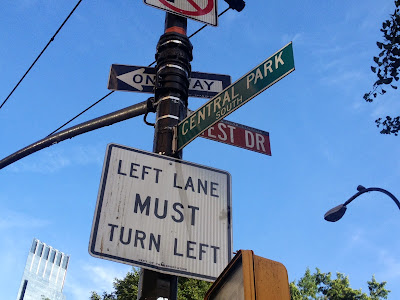 Having studied the map a little, I decided to follow the road route to the top of the park, and to look out for the Bridle Path (that I’ve read about Ali running numerous times!). The park was gorgeous with loads of runners out already at 7am on a Sunday morning, trying to beat the heat I imagine. It was still really, really hot outside.

The park is so runner friendly, they make the park car-free throughout the summer, plus there is a runners path along the road, like a cycle lane, with people painted on the floor to indicate which way you should be running! 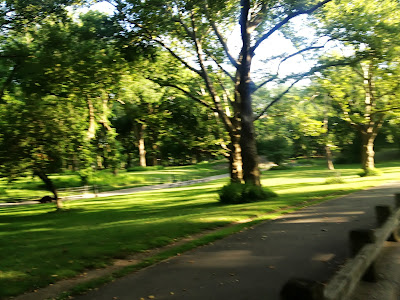 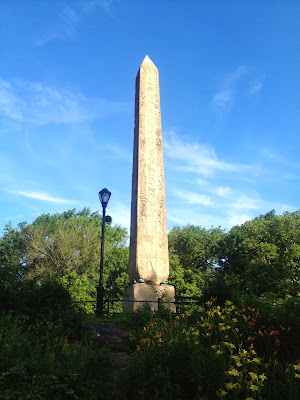 After running along the road for a while, trying to stick to the shade and embrace the undulating hills, I noticed what looked like a lake that people were running around. I recognised the lake and knew I’d found the Bridle Path!! 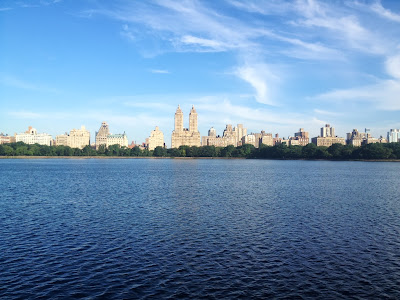 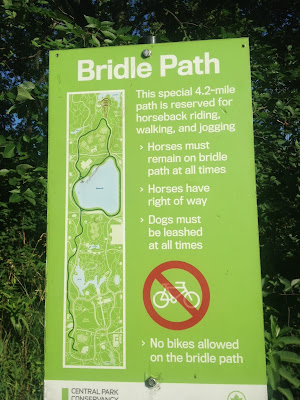 The Bridle Path was more shaded than the road and had a nice loop back to where I started. There seemed to be an ettiquette over which way you run around the reservoir, its anti-clockwise if you ever run it! 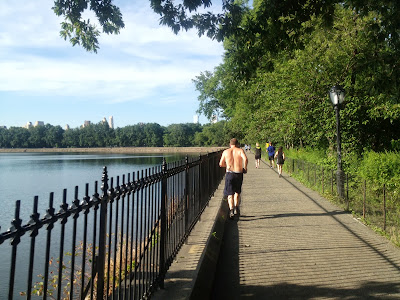 A great thing about Central Park are the numerous water fountains, it was so hot outside that I took advantage of many of these along the way. Why don’t they have these in parks in London?? 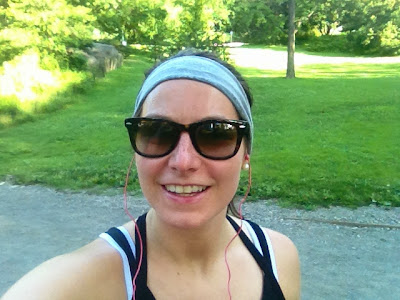 I completed about 6 miles in total, although the last 0.5 miles were pretty brutal. I managed to convince myself to keep running with a Starbucks bribe; iced latte- enjoyed on the walk back to the hotel. I felt like  real New Yorker (although they probably go somewhere more trendy than Starbucks!) 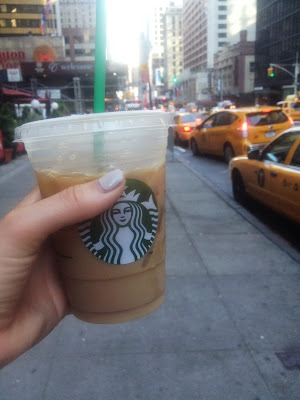 After showering and eating breakfast, we had the rest of the day at leisure. I decided to take advantage of the City Pass we were given and go and see Lady Liberty in all her glory. The Statue of Liberty has recently re-opened after being damaged by Hurricane Sandy. 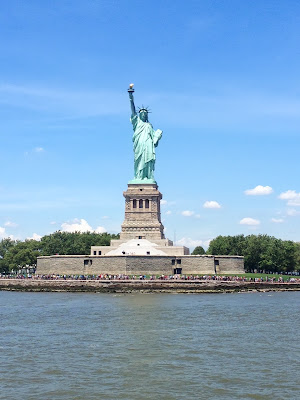 Sadly we didn’t have time to get off the boat- I’ll have to return soon to tour Ellis Island properly. After our trip, I split off from the group in search of some specific sunglasses for Tom (apparently only available in America and no international postage) plus the infamous burgers at Le Parker Meridien. They don’t look like much but they did not disappoint! 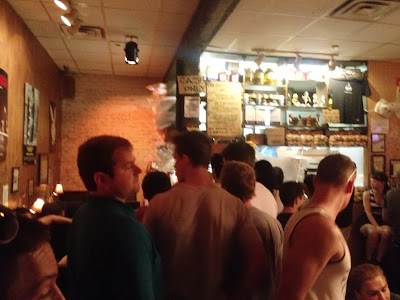 The Burger Joint is hidden behind a curtain in the corner of the hotel, usually with a line coming out of the door. They only offer 3 options; burger, cheeseburger or grilled cheese, plus your choice of toppings. You must pay in cash, have your order ready when you reach the counter, then wait for your goody bag! The burger was really good, even sitting alone at a table with randoms on your own! 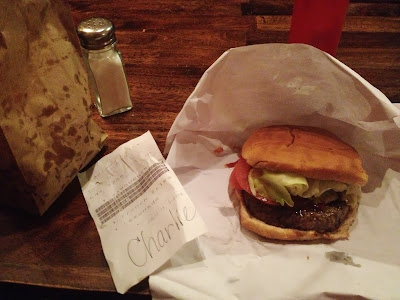 Which places/cities are on your running hit list? I really want to run in Washington DC, Southern California and Sydney!