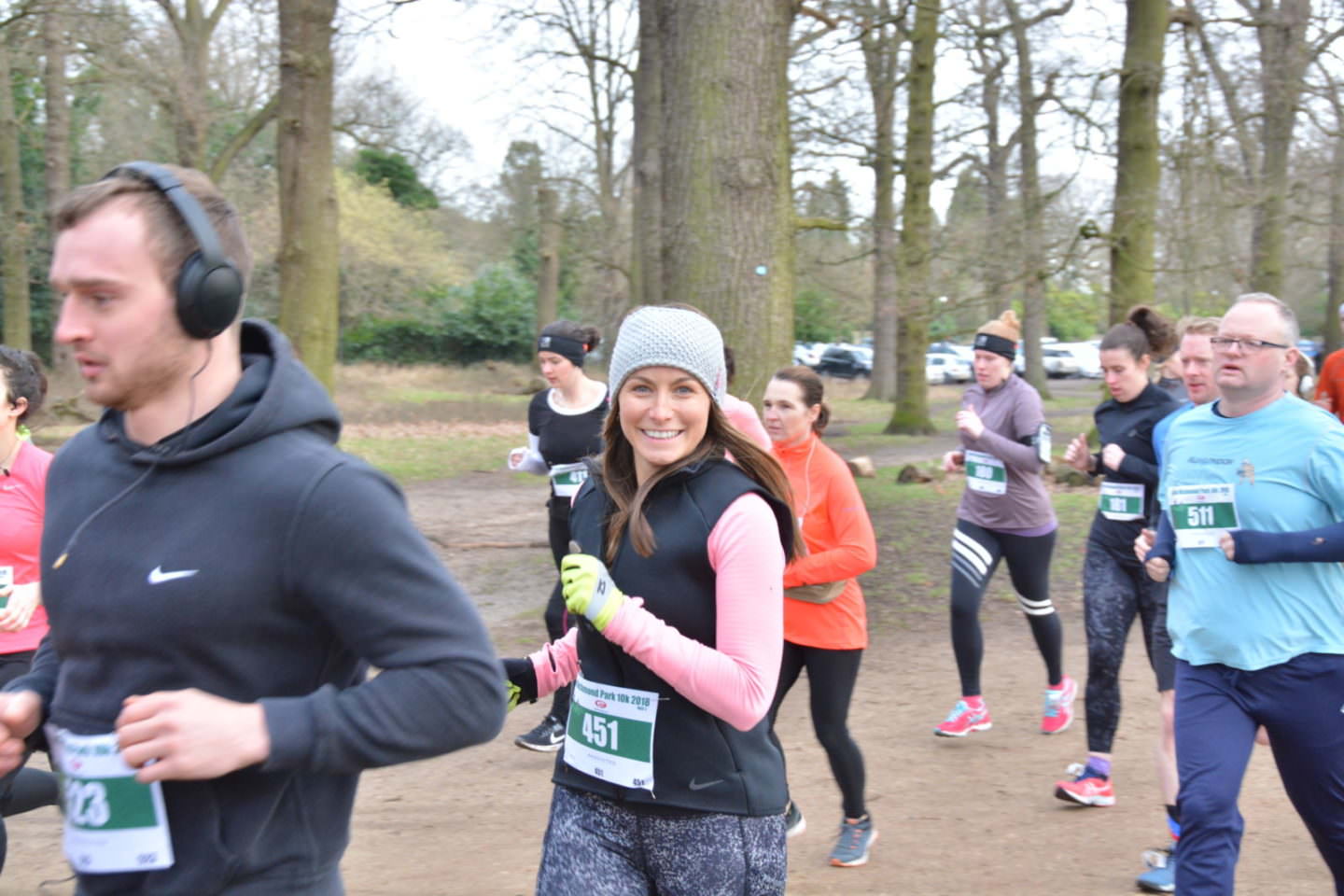 At the end of last year, I committed to running 30 races in 2018, in memory of my friend Vic, in honour of what would have been his 30th and to celebrate my 30th in July.

The first of these was the Richmond Park 10K on Saturday morning.

It was one of those 5am anxiety wake ups that morning, so I was really glad I had something to get up for and concentrate on. I was also pleased that my Mum had agreed to come with me, despite the frigid temps.

As usual, my Mum wanted us to get to the start hours early. Luckily I convinced her that two hours before the gun was far too much time for a small, local race. Despite this we still stood around for 45 minutes before starting! 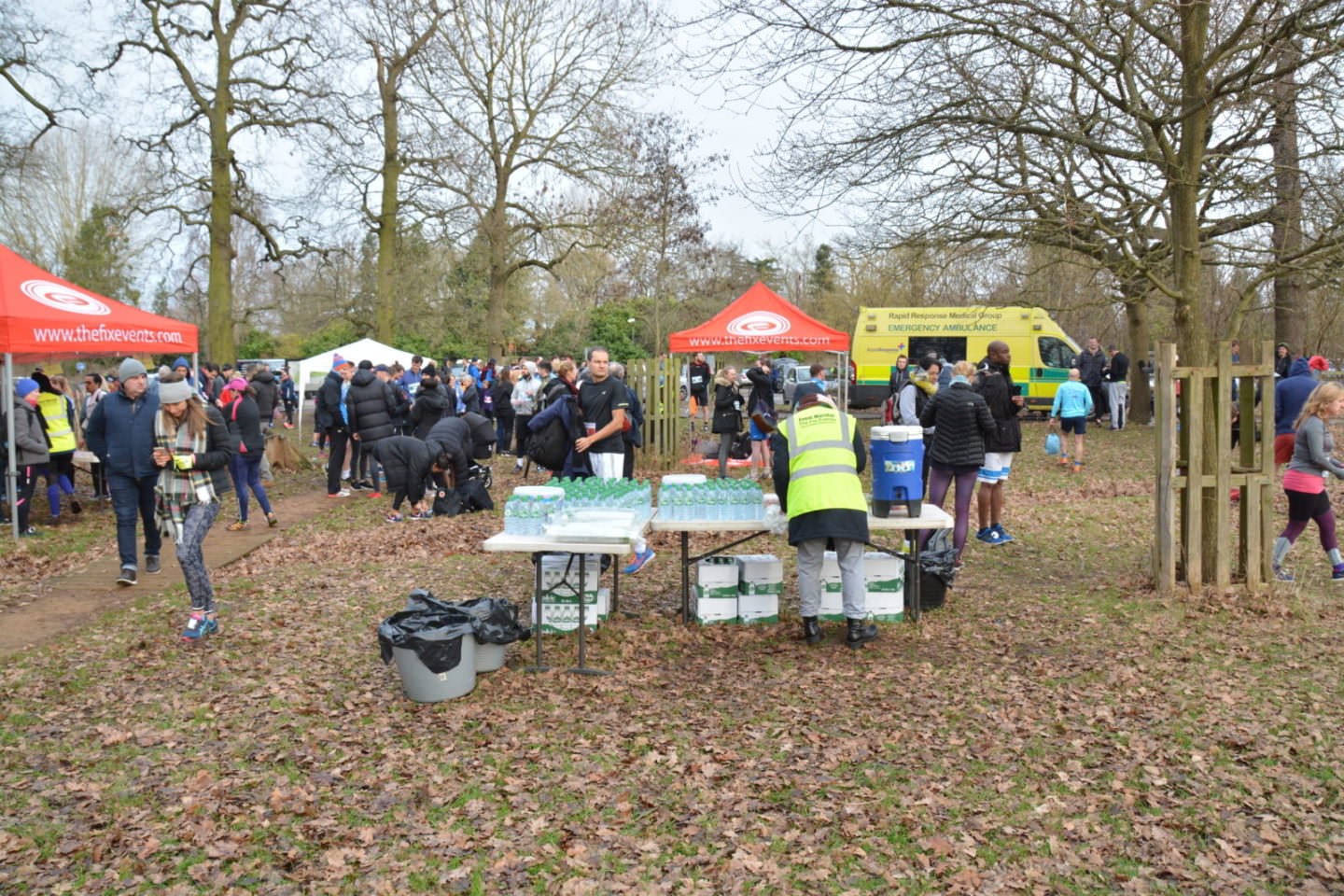 I have to say, with the Richmond park run heading past us at 9.15am, I wondered why I’d paid to take part in the race, however I needed a January race to kick off the year. The 5K started at 10am with a pretty casual ‘ 3, 2, 1, GO’. Then ten minutes later, the 10k-ers set off on the two lap course. 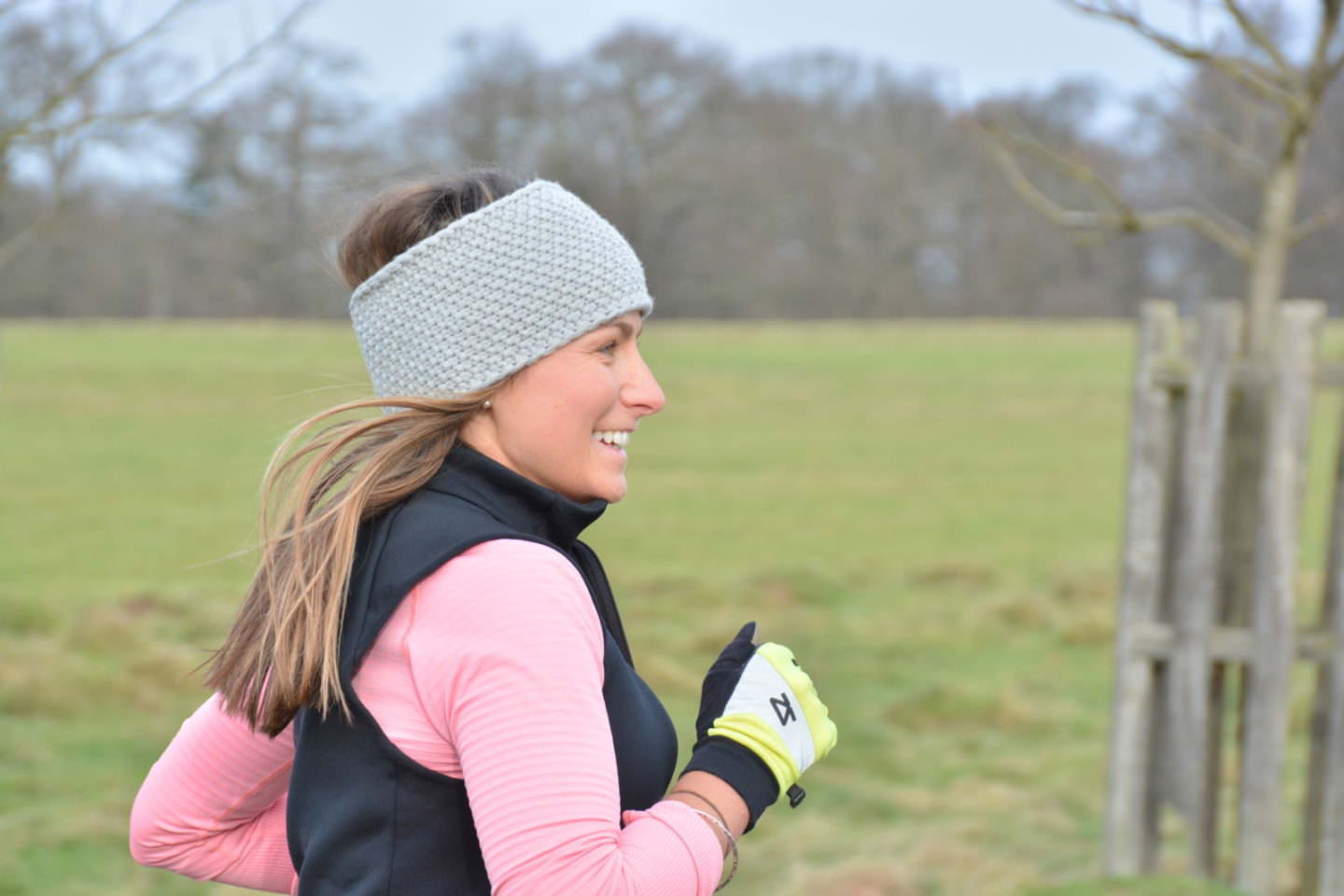 The ten minutes gave the 5K runners time to spread out, which was lucky as the path was pretty narrow at points. 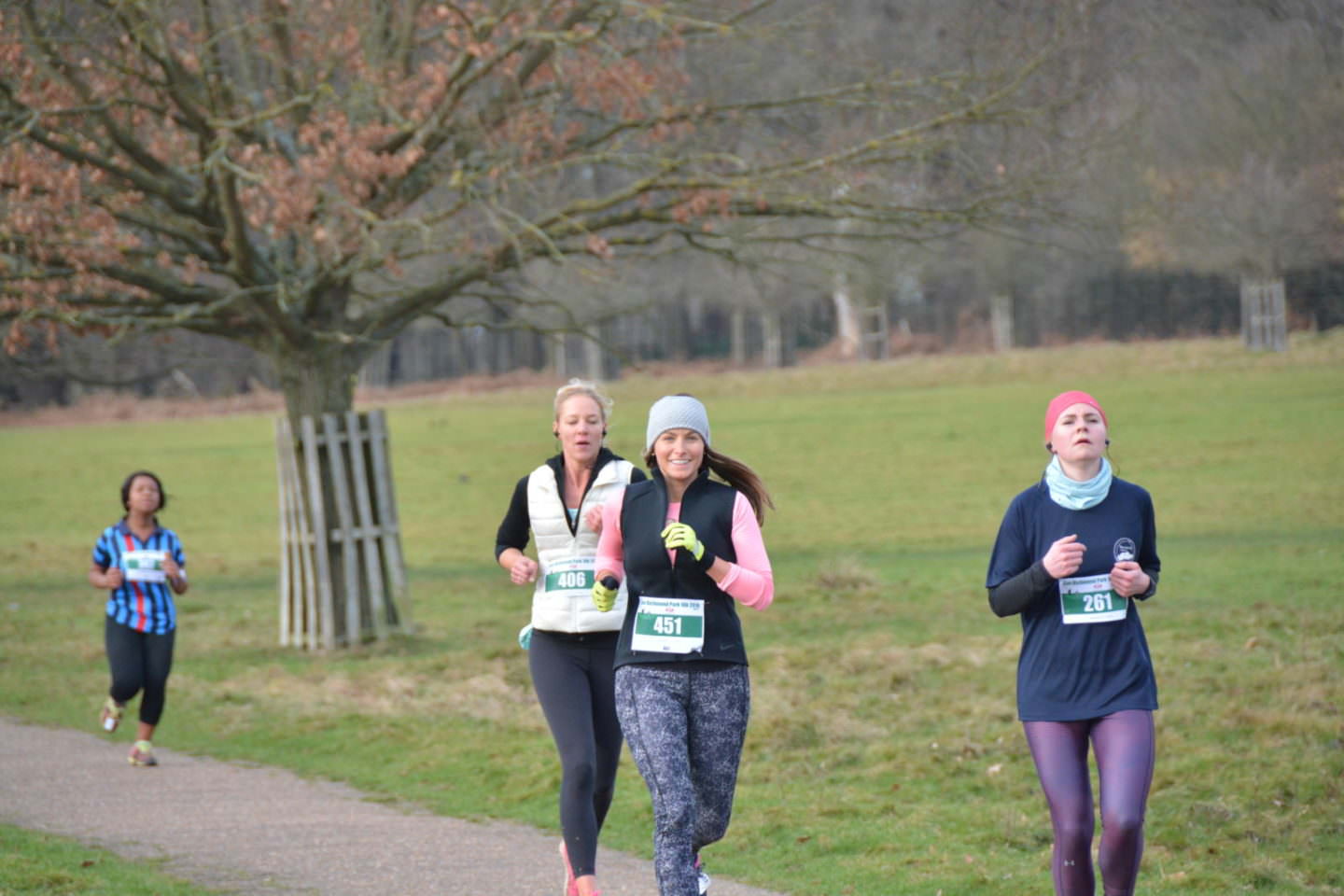 After a pretty late night, I was glad to be starting the paces comfortably, and then felt OK to pick up the pace. I’ve been struggling with my confidence in my running ability lately (which I’m saving for another post) but after a long conversation with my coach, coupled with this race and a long run yesterday, has increased my self-confidence slightly. 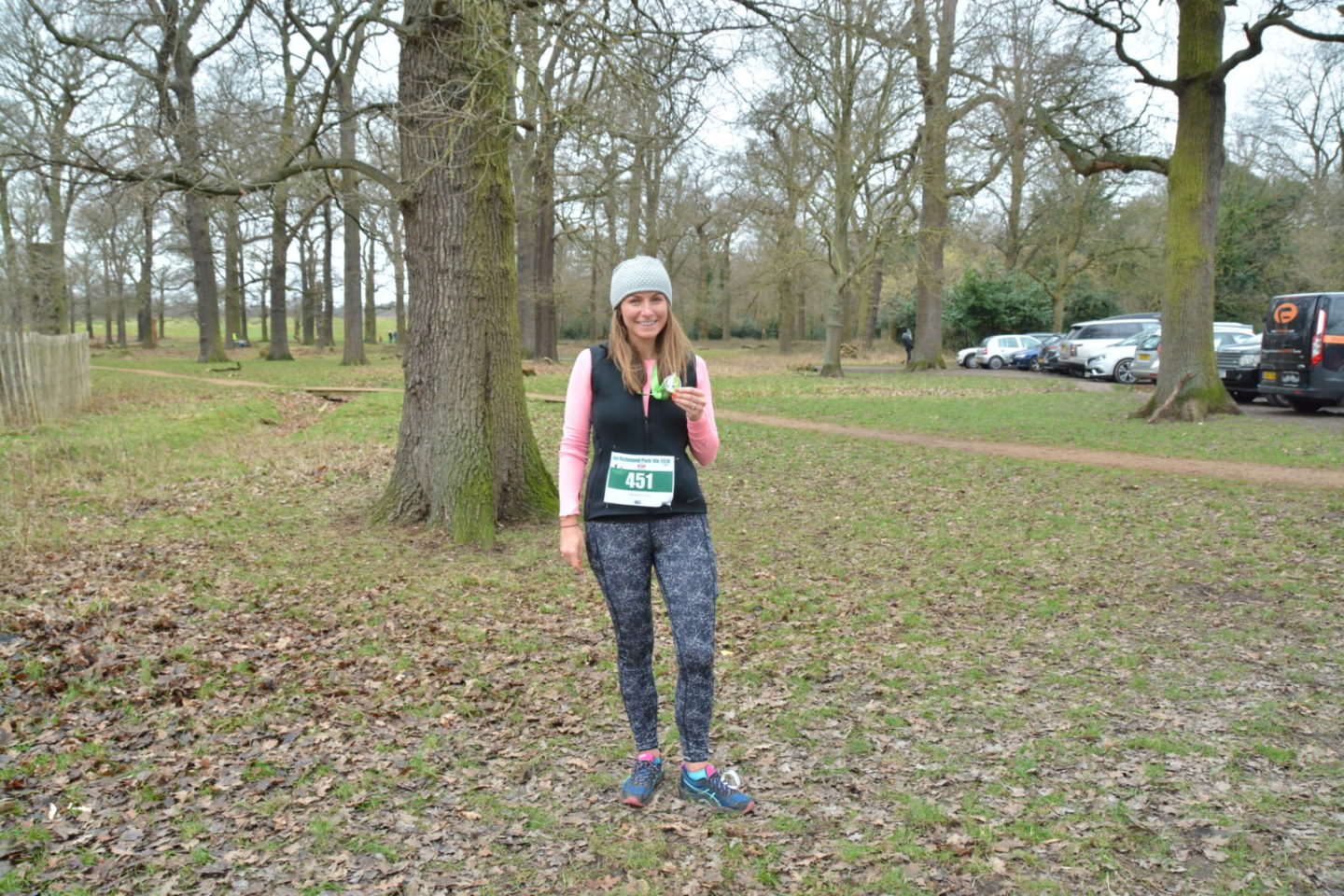 Finished in about 53.54 min miles – you can see the full race on Strava (Charlie Runner Beans). I took a couple of post-race pics and then jumped into the car to speed home to see a house. We’ve found one that we really like, next to 2 bridal ways and a footpath, and street lighting for more safe runs in the dark! eek!

The race was small, local and very low key. We used the park bathrooms, got a medal, bottle of water and handful of sweets. It was simple but great, friendly and cheap!! I’d definitely do one of The Fix events again.

Sunday morning, I met up with a local runner in Sonning and ran her regular running route around the area. We had planned on 10 miles but ended up chatting and running 11.5 miles – the perfect start to my 18 mile long run.

Unfortunately, after leaving Sonning to head back along the towpath to Henley, the trail got really muddy. My plan to run the second part of my long run faster than the first did not go to plan as the mud slowed me right down to a walk at points as I feared slipping into the river!

18 miles finished in an average pace of 9.22 – and as someone on Strava pointed out, my final mile was my fastest. I obviously was just ready to be finished! 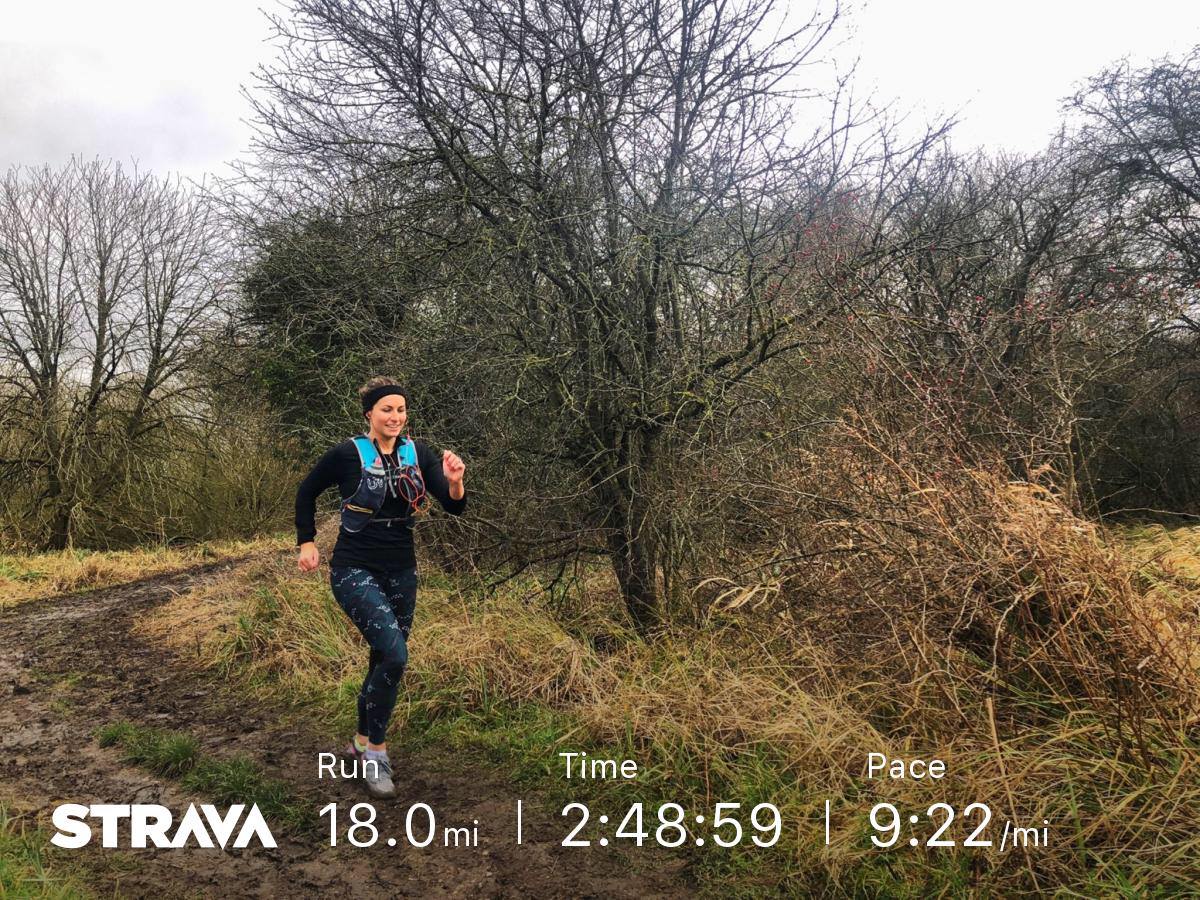 For those asking, this hydration pack is from Ultimate Direction, however I really miss my old hydration pack from Nathan Hydration, so my plan is to order another of those for the rest of my Tokyo and London Marathon training.