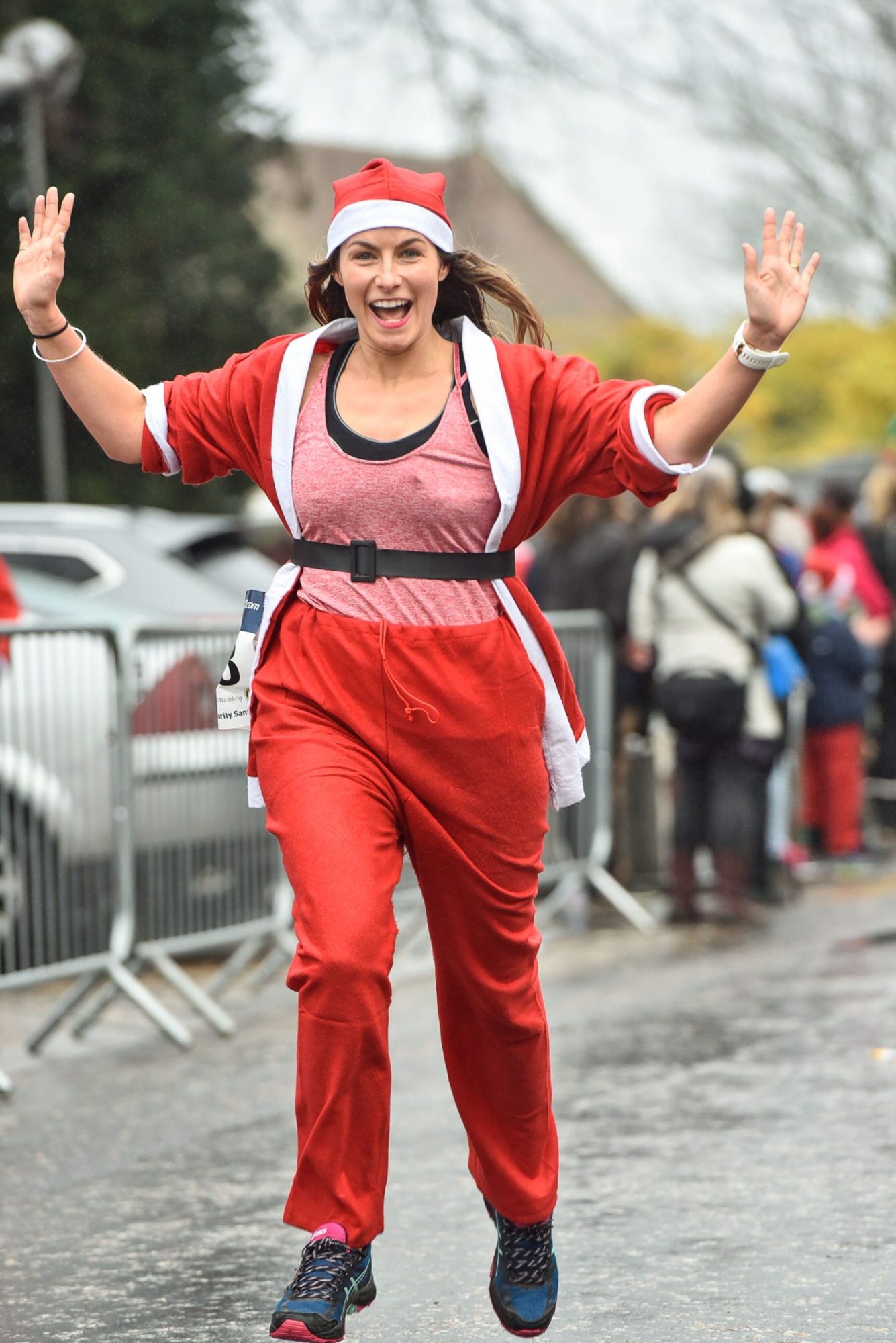 I’ve always wanted to take part in a holiday fun run, like a turkey trot, however the closest I could find was the a 5K run around Reading town centre in Father Christmas outfit. I wish I live in the US sometimes (still trying to convince Tom that someday we need to move!) to take part in all the holiday festivities.

Anyway, back to Reading…it was cold, wet and windy when I arrived at Emma’s house and we had the heating on full blast in the car. We were a little reluctant to get out of the car when we got to the car park… however lucky the felt Santa suits were pretty warm.

When I saw the beard, I decided that it would be super annoying, so opted for a swish of red lipstick from my bag and called myself Mrs Claus! 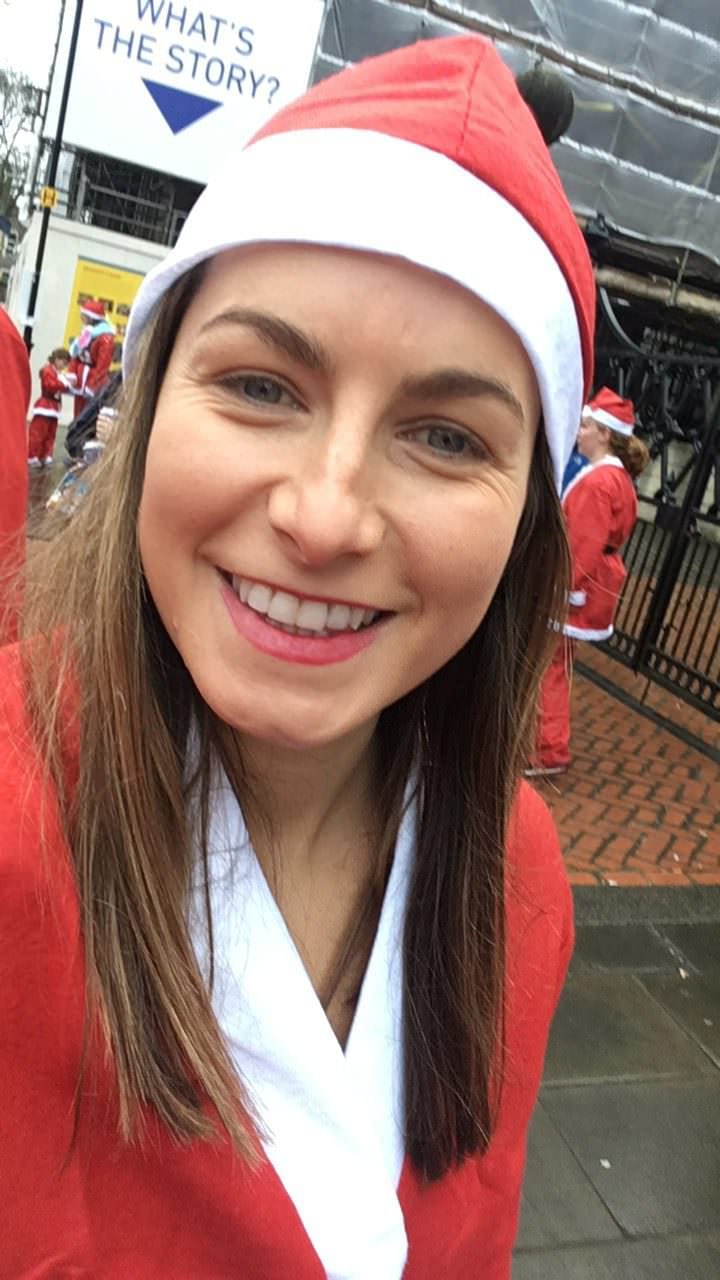 The included a family fun run 1 KM race first, many of whom were just finishing and receiving their medals as we arrived, and we were slightly worried that we’d missed the race entirely. Thankfully, after a look around we noticed that it was mostly kids wearing the medals and so we quickly joined the warm up and took off over the start line. 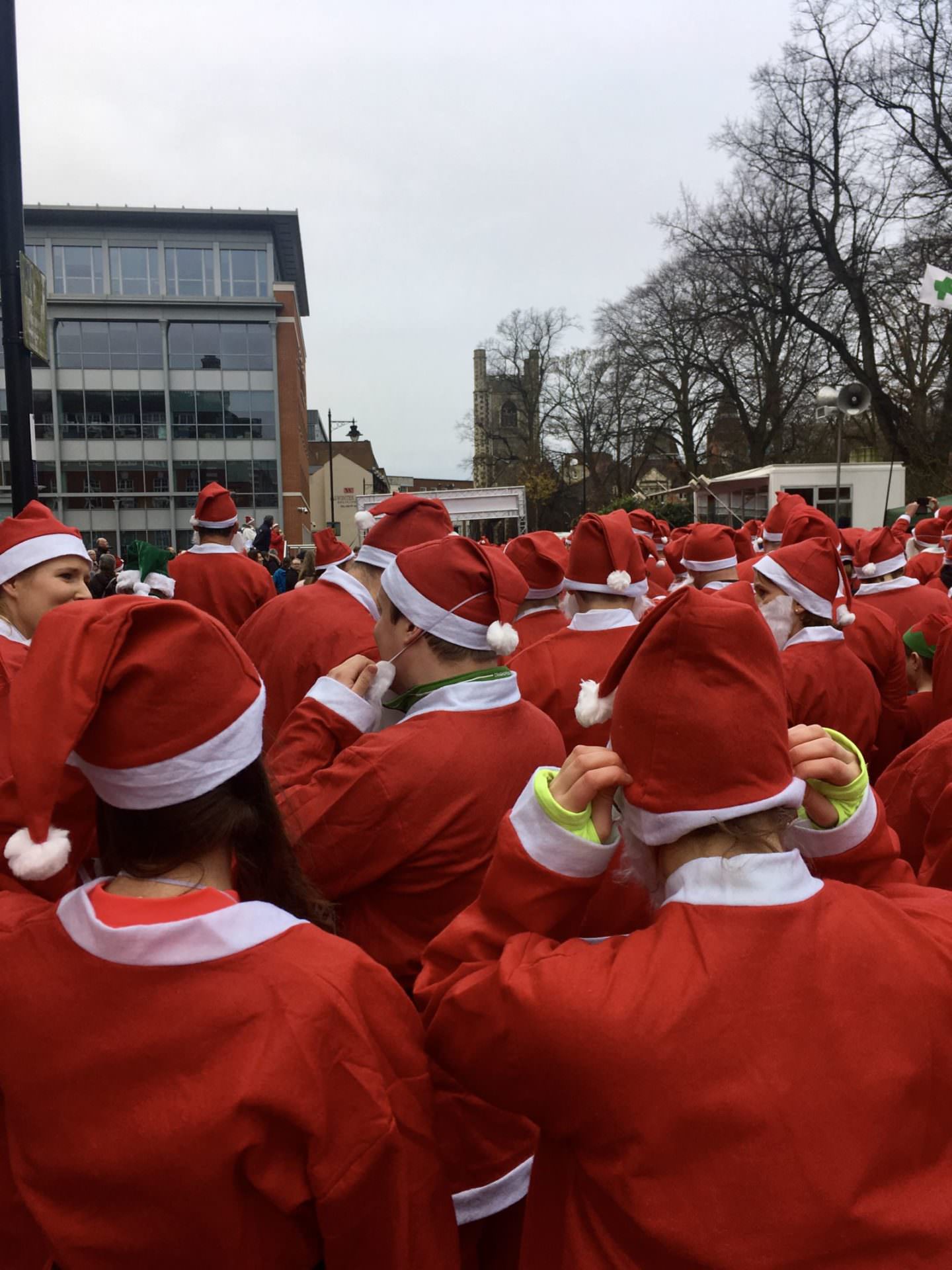 It soon became apparent that running in a costume is not easy, the trousers were enormous and kept falling down but the atmosphere more than made up for the irritation. There were dogs with bells on, volunteers in fancy dress and hundreds of Santas running through the streets. I don’t think those out Christmas shopping knew what was happening. We had lots of cheers, photos and support along the way.

We ran within a pack alongside last year’s winner..who was either in more serious costume this year or had lost a fair amount of fitness over the last 12 months as we finished in a solid 27+ minutes! 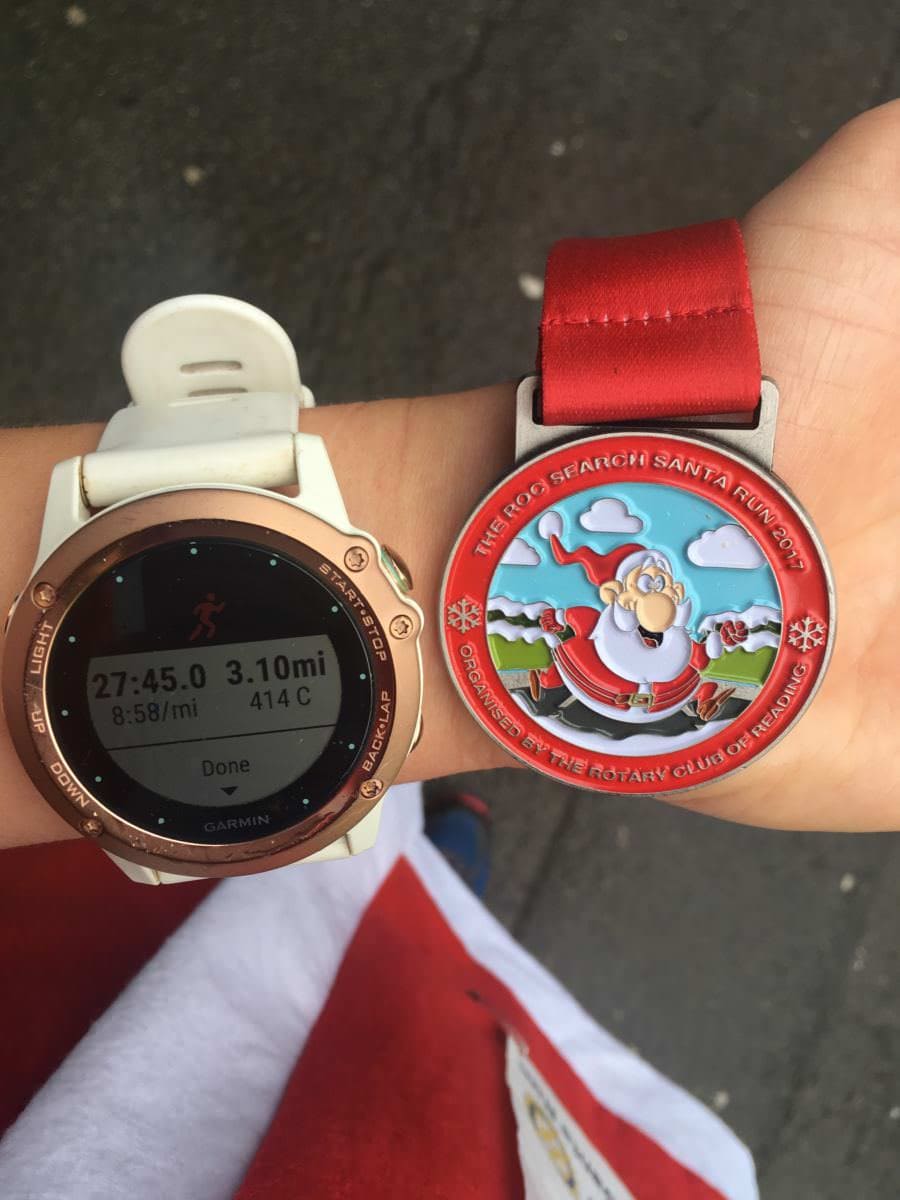 I love a local fun run, and this one was awesome. It was £18 entry which included the outfit, medal and goody bag at the end. The route was on a mixture of closed roads and pedestrian streets, so great value if you ask me. 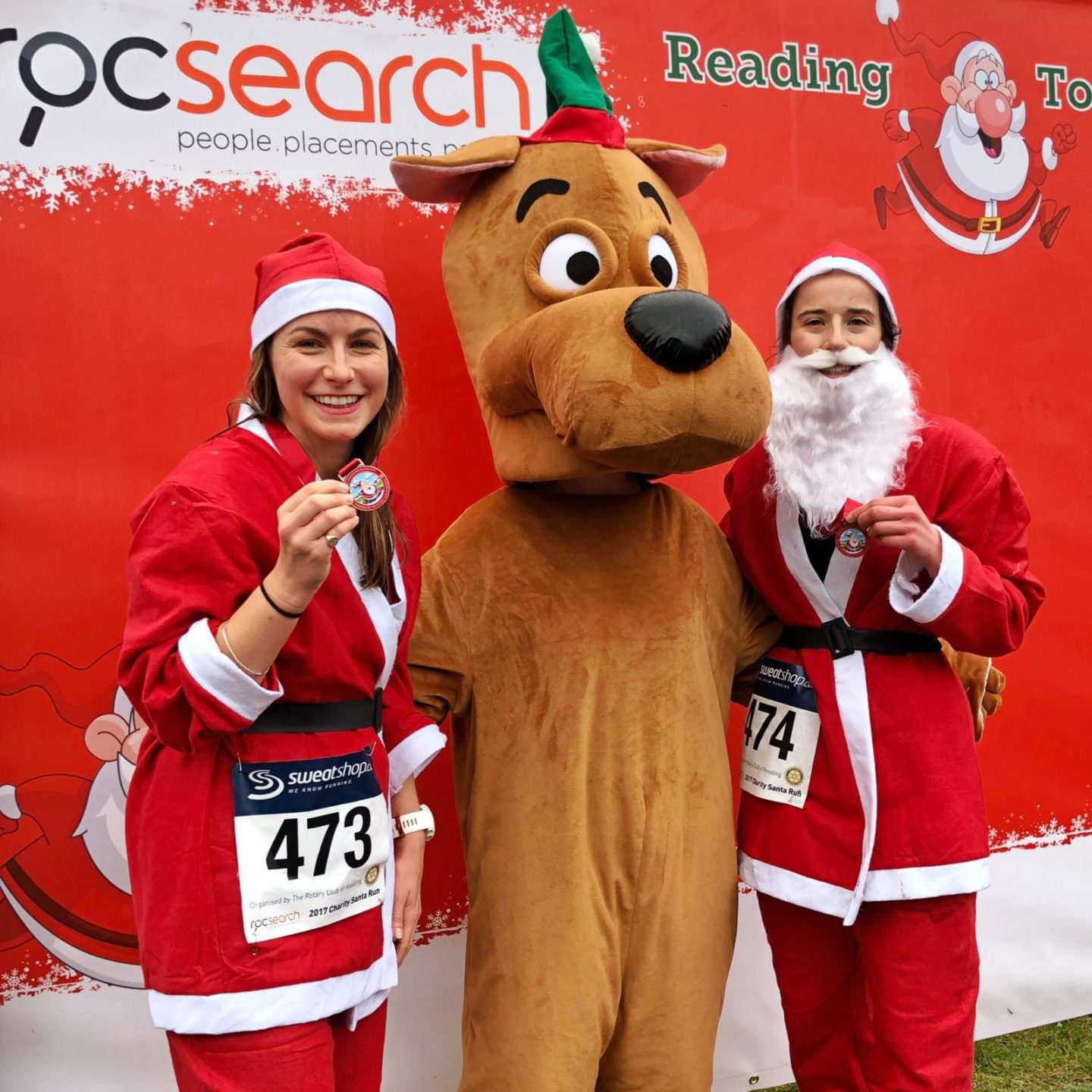 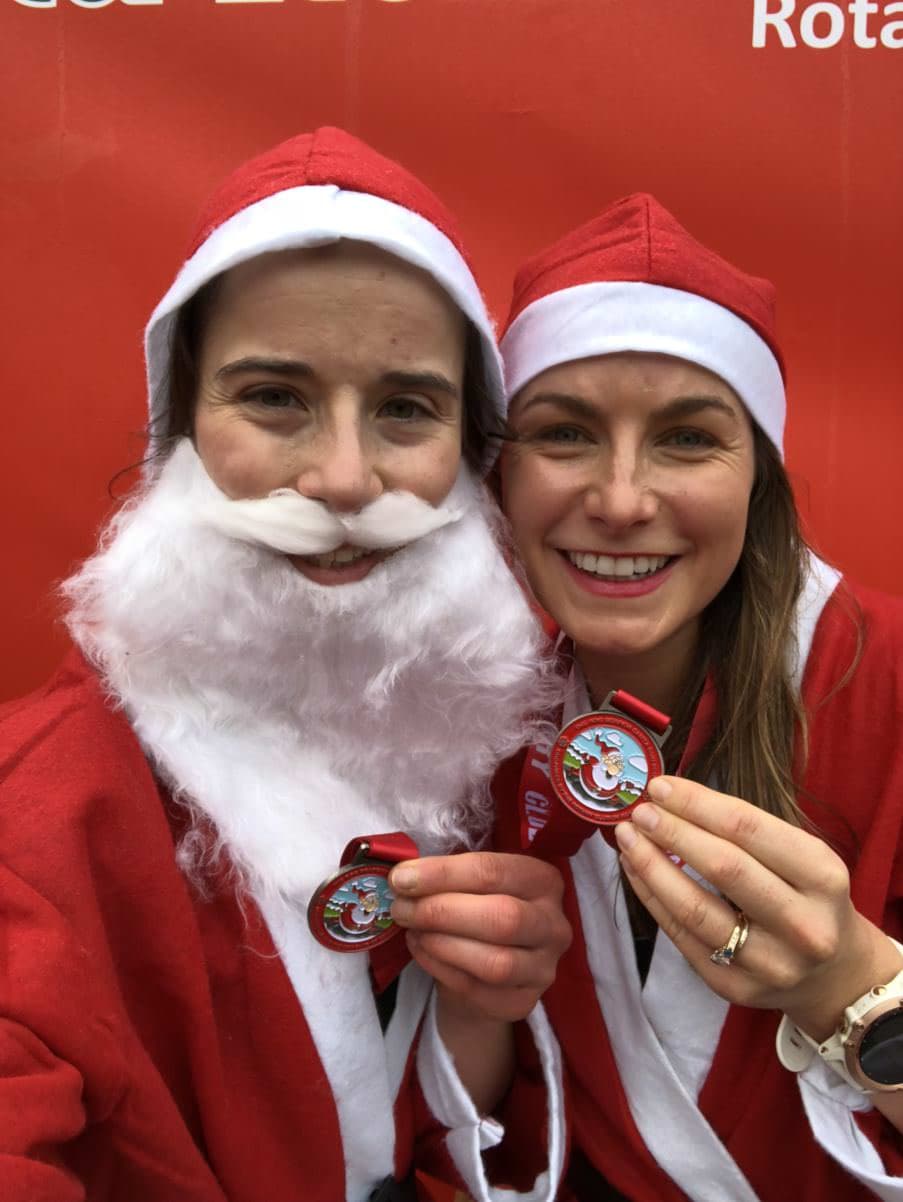 After our run, we jumped back in the car, took our ridiculous outfits off and went for an enormous brunch at a nearby cafe in Caversham – I had Shakshuka with chorizo and it was incredible. I need to go back there! Highly recommend if anyone is in the area – it is predominantly veggie with a couple of vegan and non-veggie options thrown in. I can confirm that their baked goods are also amazing; I brought a couple of the chocolate biscuit slices home for Tom and I to enjoy at tea time. 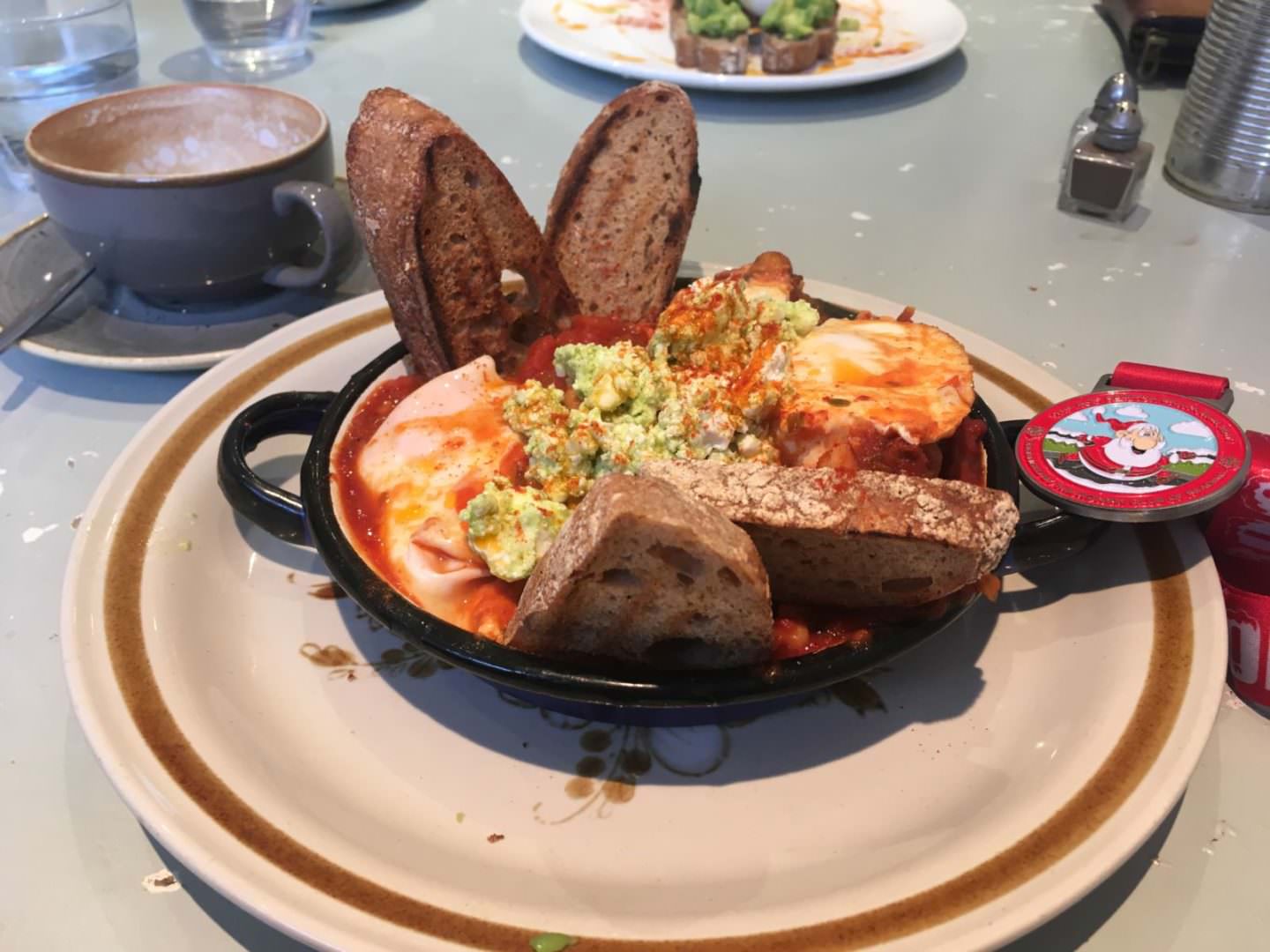 Because after the 5K, I still had 7 miles on my plan for a total of 10 miles Tokyo marathon training. I should have headed straight out after getting back but instead I got caught up with Christmas tree shopping, decorating our house and trying to finish off an essay (story of my life right now!). By the time it was dark outside, I really didn’t want to run.

However I was stressing out, driving myself insane and getting really anxious, and knew that I was on the verge of a panic attack and knew that a run could help things. So I laced up, telling myself that I could run just 1 mile then turn around if I wanted, and just ran and ran. 7 miles, 10 in total.

Some miles are hard, some miles are fun. Many are a struggle, a few are easy. But for me, they’re almost always worth it.