Just before I went on holiday, Amanda, Leah and I took part in the Race for Life 5K in Regents Park. I’ve only taken part in a couple of 5K races before, including the Movember Run (my current PB), as well as the Energizer Night Run. Recently I’ve been working on speed rather than distance, so was excited to see if I was able to run faster and get a new PB. Annoyingly though, I forgot that there was no timing chip, so no official race result 🙁

The park was heaving when we arrived, with thousands of runners and spectators. Some people looked like it was their first ever race, and some looked totally unprepared- wearing jeans, denim shorts or smoking on the way to the race! 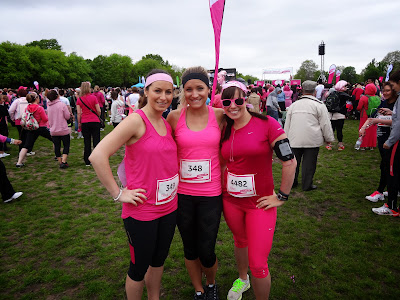 Lots of runners had signs on their back dedicating their run to friends and family- I dedicated my run to Tom’s mum, and my Uncle’s colleague, Helen who is currently battling cancer. Amanda did hers for her Mum!! Others had some brilliant fancy dress on including glitter wigs, dogs in tutus and pink hair! 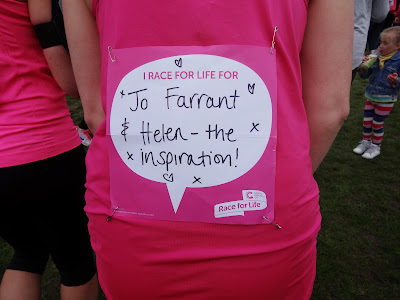 We then took part in the ‘Cancer Slam’ dance warm up, which was fun but quite embarrassing with our supporters watching us (thanks boys for watching!) 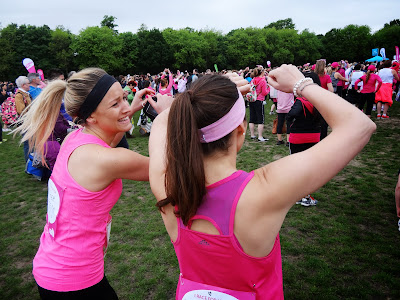 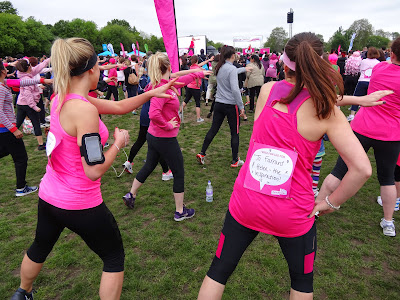 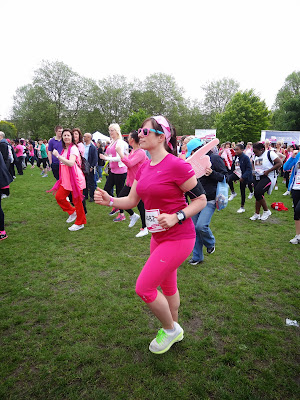 Knowing that we all wanted to run this fast, we decided to start near the front (I’ve learnt from being stuck near the back at other races). We still didn’t make it as near as we wanted! 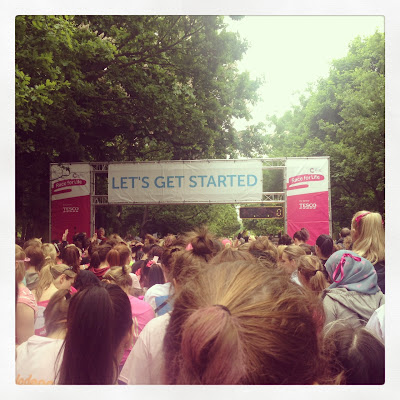 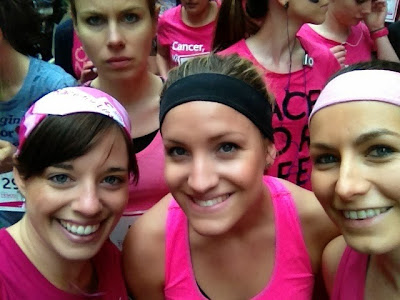 The first mile was fast, trying to sprint to overtake a number of people. There was no bag drop at the race some people were running in backpacks, I felt sorry for them but also didn’t like getting hit by them! Leah even tripped over someone’s handbag on the course!! 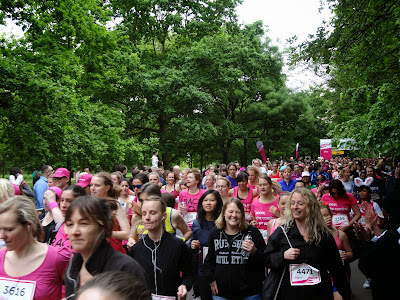 Amanda and I settled into a bit of a rhythm, running alongside each other. Regent’s Park was lovely, running around the lake, however there were quite a few people on the course. Clearly they can’t close the park, but I think they could have made the route more obvious to pedestrians. I didn’t mind the fireman cheering us on along the course, they were rather attractive!

Around the 4KM mark, Amanda told me to go ahead as she was feeling sick, and to finish strong. I tried to push the pace, particularly down the final stretch. I managed to spot the boys as I ran towards the finish line. Apparently they were shouting out what number you had placed, but my headphones were firmly wedged in- based on the others timings, I think I finished about 25th! 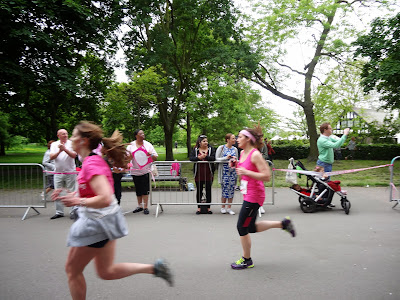 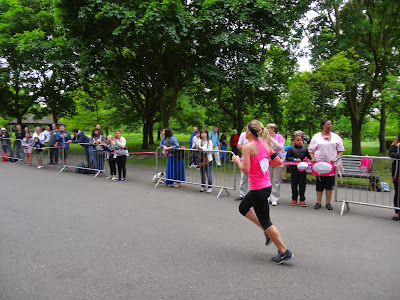 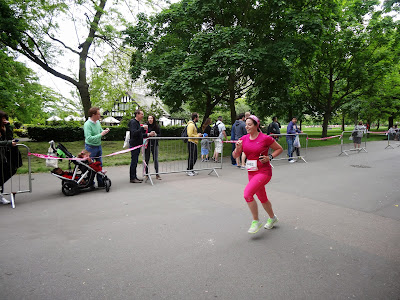 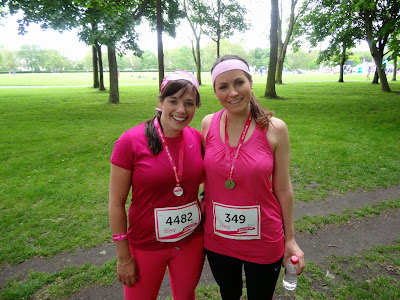 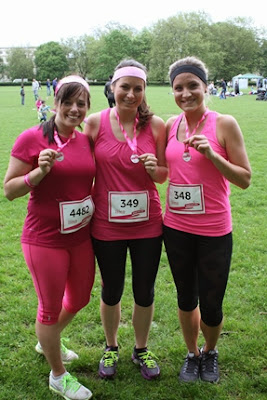 I find 5Ks hard to pace, I always seem to start out too fast and fade towards the end. It’s a struggle to run as fast as you can for 5K, we all felt a little vommy towards the end. 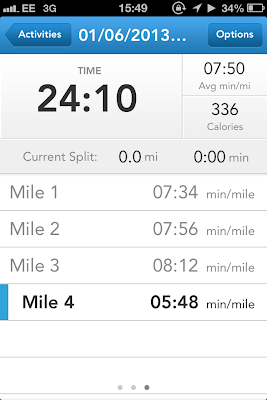 When we got home we put together Amanda’s new toy- a weighted hula hoop!! Apparently it’s great for getting a toned stomach, although it gives almighty bruises and needs a fair amount of space to ‘hula’. We had a hilarious afternoon videoing ourselves hula-ing, and trying to move it up and down our bodies. We were also surprised at how good Tom was! I think the weight in the hoop really helps. 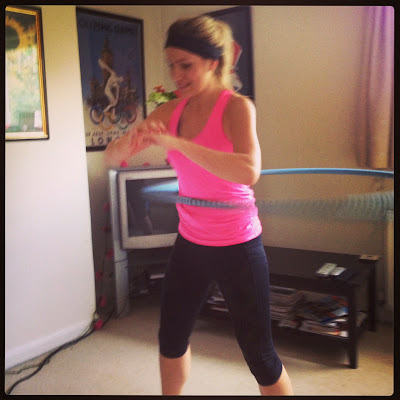