I was a little nervous about running the New York City Marathon, however I’d run it before and knew I could and would get to the finish line. However, I was terrified of the outcome of the meet up that Zoe and I organised. Having social anxiety, and constantly questioning whether people do actually like me, if I say the wrong thing etc etc (read this post about my social anxiety, I will spare your the 500 million thoughts that went through my head before our meet up brunch). It was even a hesitant yes from me to do the meet up. 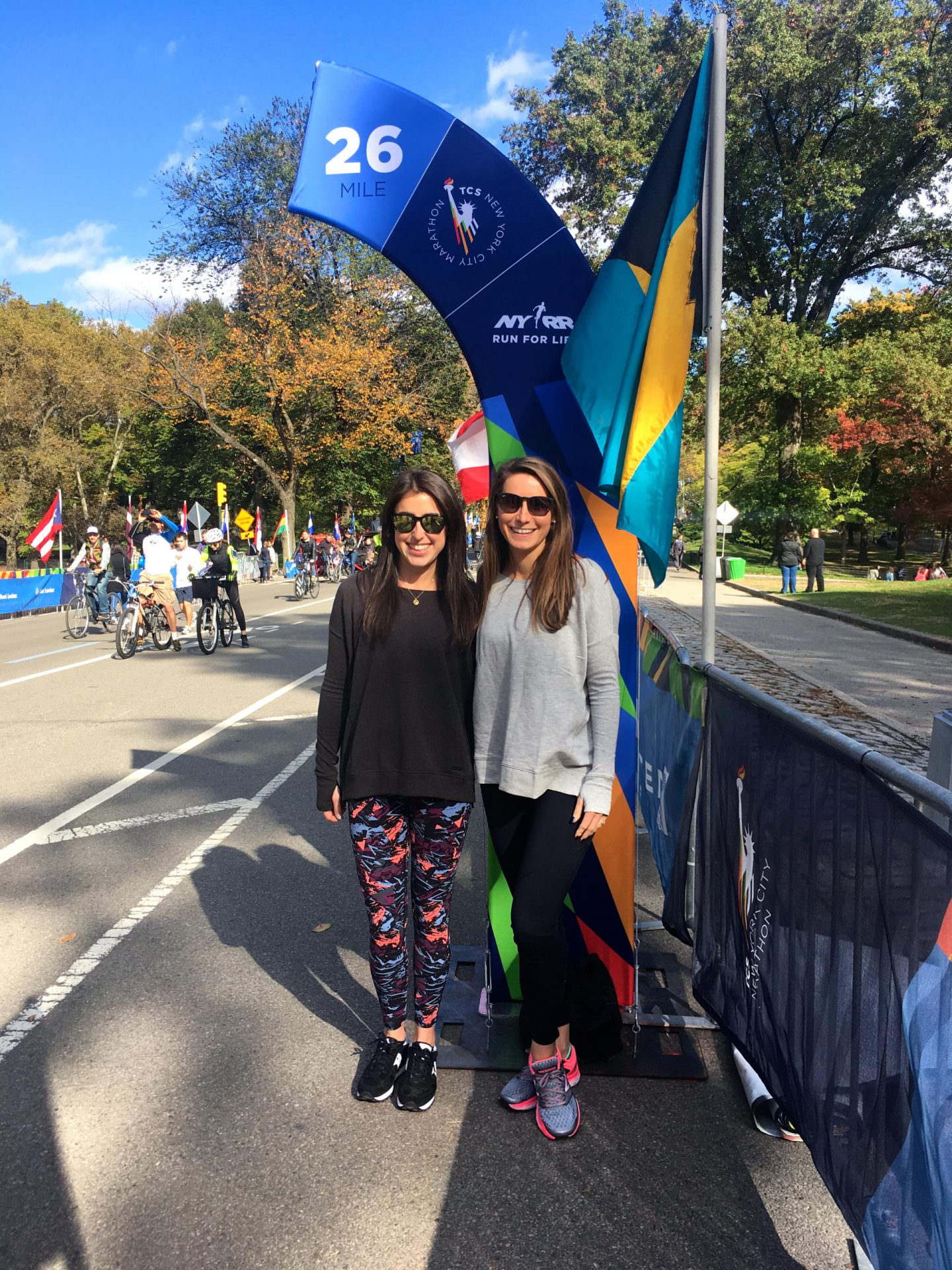 Amazing outfits thanks to Sweaty Betty
And then my worst fears came true.
No-one came.
Ok, I exaggerate, one person came…from the 15+ people that had RSVPd yes to brunch.
It confirmed to me why I had been reluctant to organise it in the first place, I was embarrassed, saddened and disappointed. It made my chest constrict, my stomach tighten and my heart hurt.
During the brunch I tried to focus on the amazing girls that did come – (HUGE congrats to Valentina who smashed her first ever marathon on Sunday, so great to meet you and Jess). I concentrated on how lovely it was to be a smaller group, to really chat between the six of us there, and to remember that a few years ago I probably would have been too nervous to attend something like this. 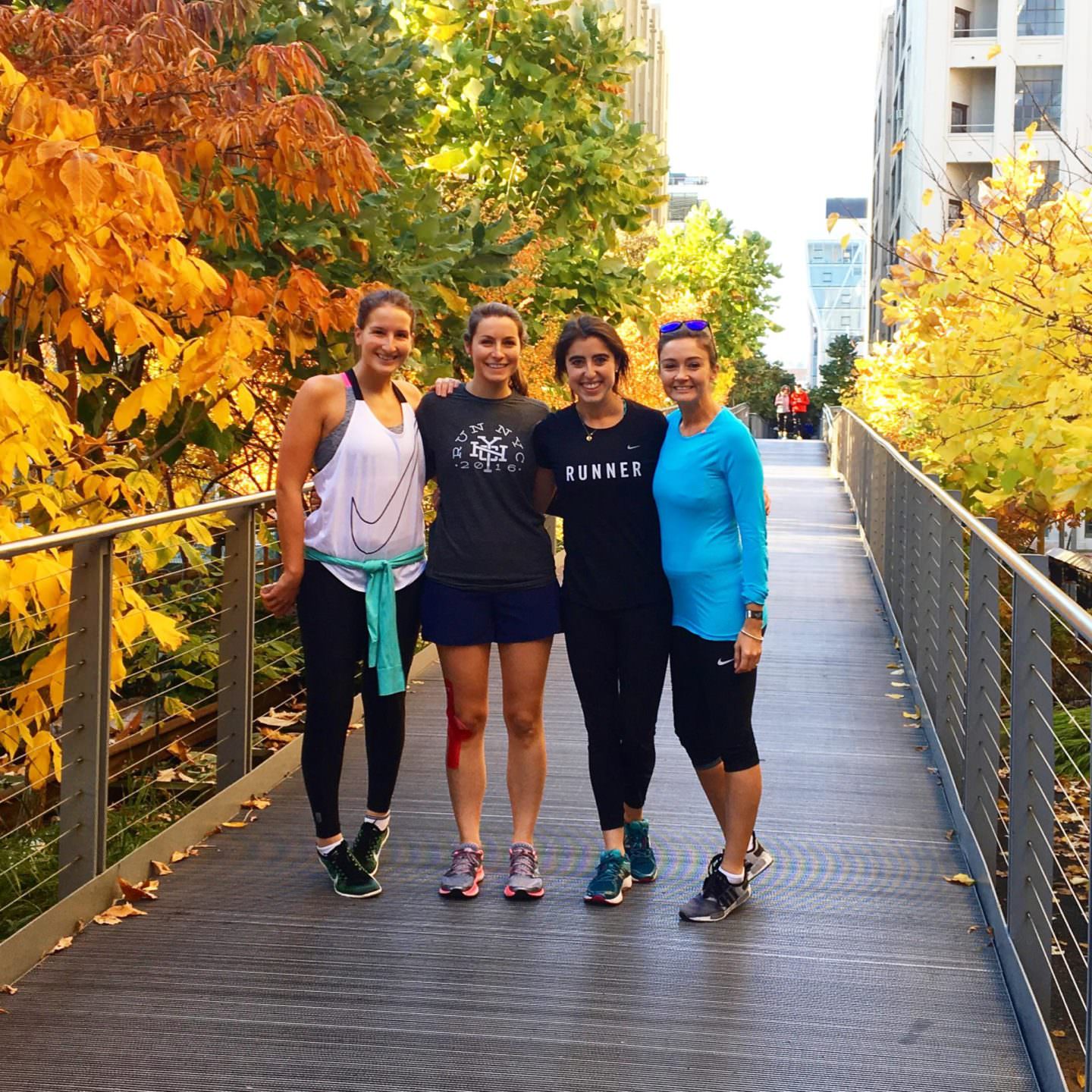 I also have an amazing boyfriend and Mum who also put it into perspective and made me feel better about it.
I’m not sharing this to make you feel bad for me, but to let you know that when you put yourself out there, it doesn’t always work out the way we hope it’s going to. Whether it’s putting your marathon goal time online and then missing it spectacularly (been there, done that), organising a group event that no-one shows up to (tick), or writing a blog that only your mum reads for years (also big fat tick) – they are all growing and learning experiences, and we mustn’t let them stop us taking the next step forward. We can’t let small knock backs, failures and embarrassments stop us from achieving our goals and dreams.
When we put ourselves out there, not knowing what the reaction will be, we are making ourselves vulnerable, and it is this vulnerability that is apparently key to connections. I’ve experienced that first hand, none more so than on this very blog, where the posts where I open up and talk about mental health etc, garner the most support from you amazing readers.
According to Dr Brene Brown’s Ted talk ‘The Power of Vulnerability’, being vulnerable is an unavoidable part of life, whether that’s in personal relationships, at work, or online.  We can’t choose which emotions to avoid, without fear and anxiety, we wouldn’t get the same exhilaration, happiness and excitement.
We are all so deathly afraid of what other people think of us, that it can be debilitating. On our trip to Atlanta, Sophie told me that I put too much consideration into what other people will think, that I need to focus on what I think, sentiments that Tom echoed in a different conversation a week or so later. He said he never realised I worried so much about other people – probably why I’m so anxious all of the time.
I really admire Kelly from RunSelfieRepeat, who recently came under a lot of fire for sharing her political thoughts on her Instagram and Facebook page – I love that she has stuck to her guns (bad analogy in this instance – America your gun laws are whack), defended herself to those that have told her to stick to the running chat, and shared the danger of silencing those that disagree with you. 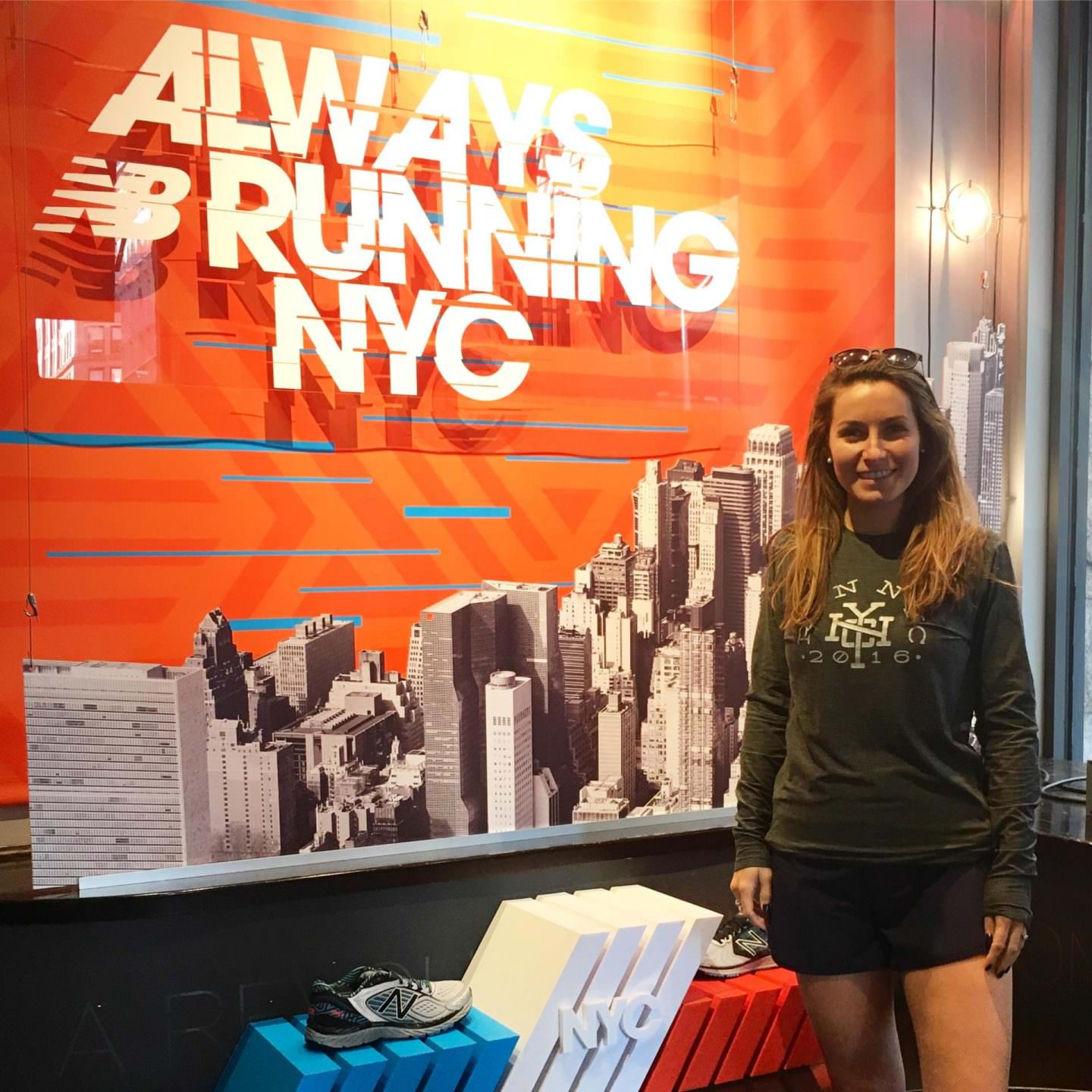 Standing out is a necessity if you want to do what you love.

Don’t shy away from your fear. Use it as a sign on where you should go next.

Let it lead you to opportunity, growth and a better life.

Yes it completely and utterly sucks when something doesn’t work out, but trying and failing is better than never trying. What have you stopped yourself doing or trying because you were too scared?

With this in mind, despite every bone in my body wanting to say I’m never going to organise anything ever again, I’m doing something for charity and organising a charity run with TRIBE through Henley on Thames on the 10th or 11th December (as yet undecided) raising funds for Unseen, aiming to end human trafficking and modern day slavery in the UK- I would LOVE if you live in the area for you to join me for a 10K run followed by cake along the Thames. More details to follow soon…