I debated about whether to blog about this as it seemed so personal, but I decided that everyone should know about how amazing Esther was. Plus if we can improve cycling safety as a result of this tragedy, then it will have at least one positive outcome.

For those of you that haven’t seen on my social media, just over a week ago, we lost a wonderfully special lady, Esther Hartsilver. A keen member of Project Awesome, Esther was cycling to work and was involved with an accident with a lorry, and sadly she died from her injuries.

Esther’s smile could light up a room, her genuine positivity was infectious. I didn’t know her outside of Project Awesome, but I would enjoy seeing her, catching up and hugging every Wednesday at The Scoop.

Within hours of being told the news, PA got together to organise a run and memorial in honour of Esther, nicknamed Project Esther. A week of hundreds of Facebook messages between friends, turned into a 200 strong run across London finishing at The Scoop on Thursday evening. 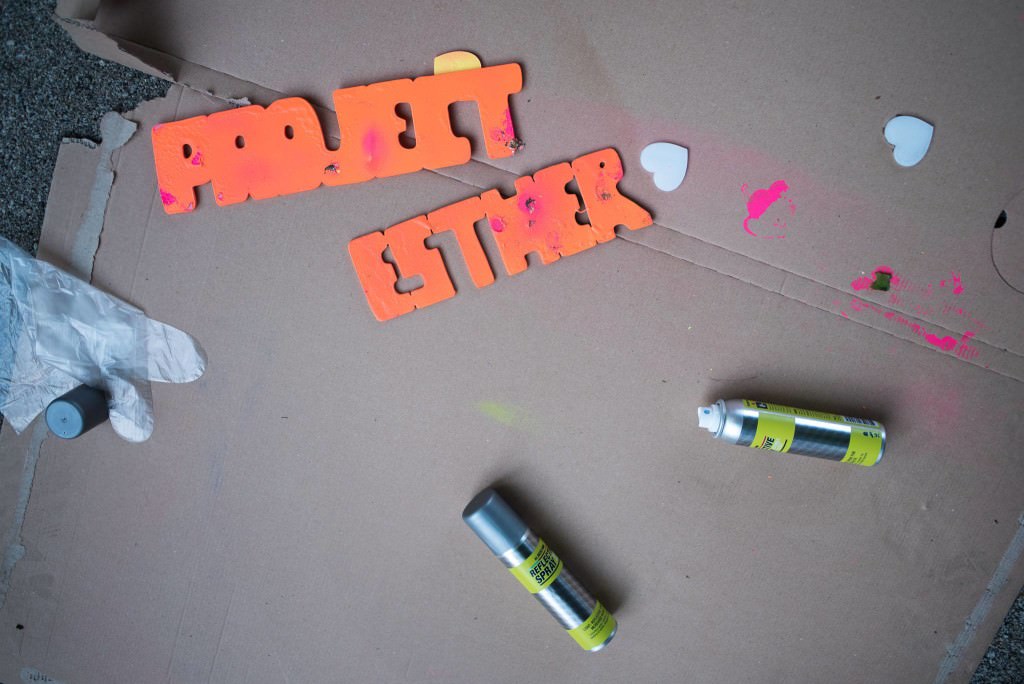 We congregated by Old Street Station to tag up- emblazoning our t-shirts with Esther’s name, and wearing as brightly coloured outfits as possible. It was slightly overwhelming to see so many faces, friends of Esther’s from school, home, uni, work, spinning etc had come out to celebrate her life. 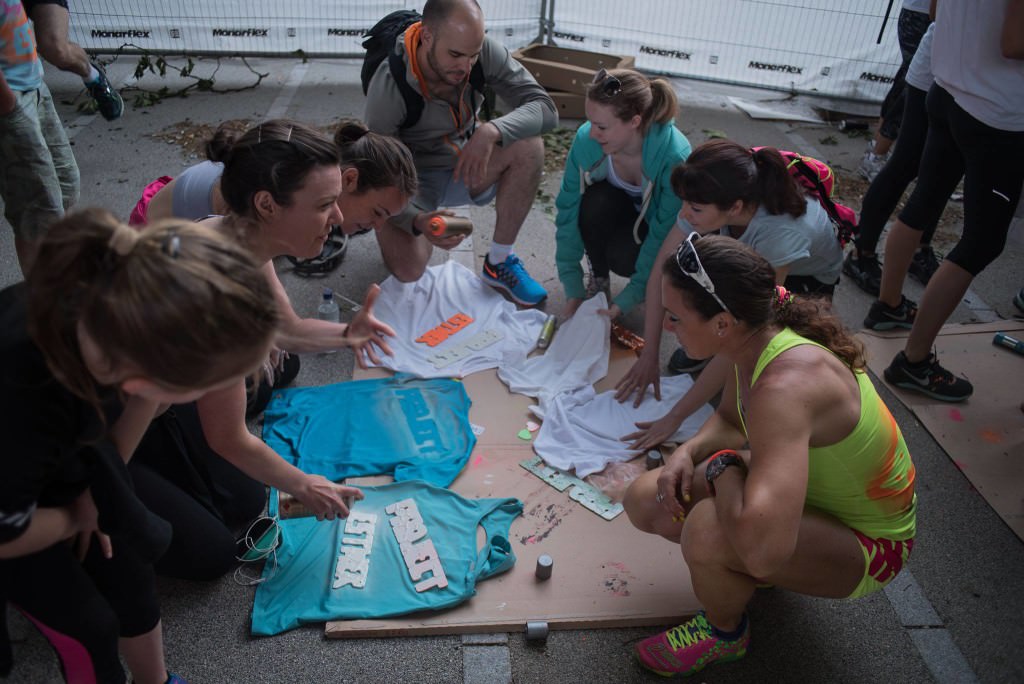 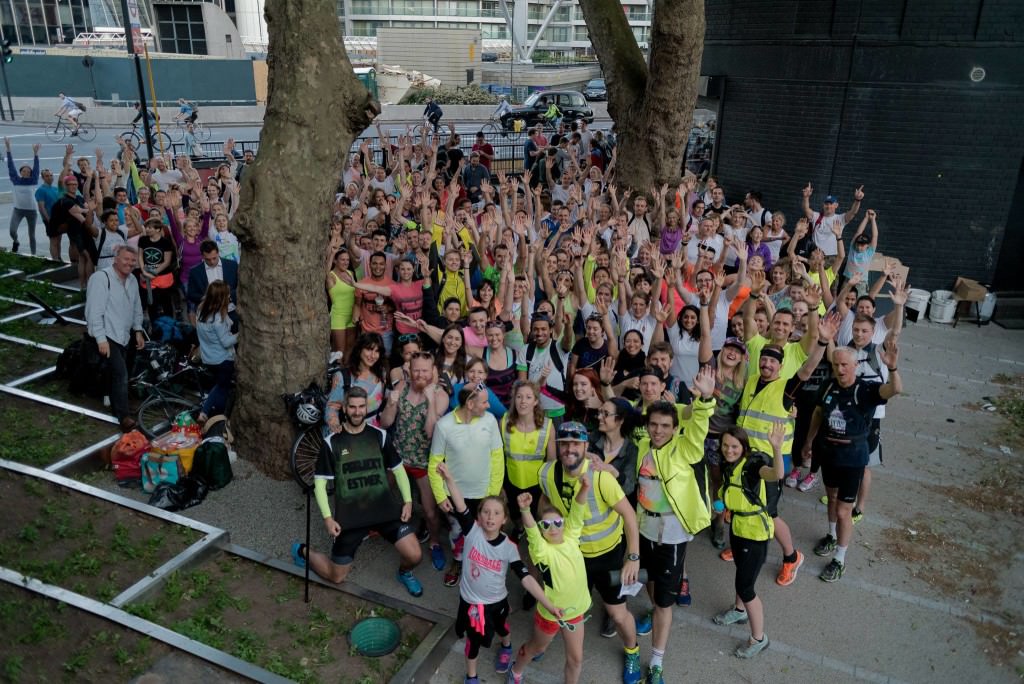 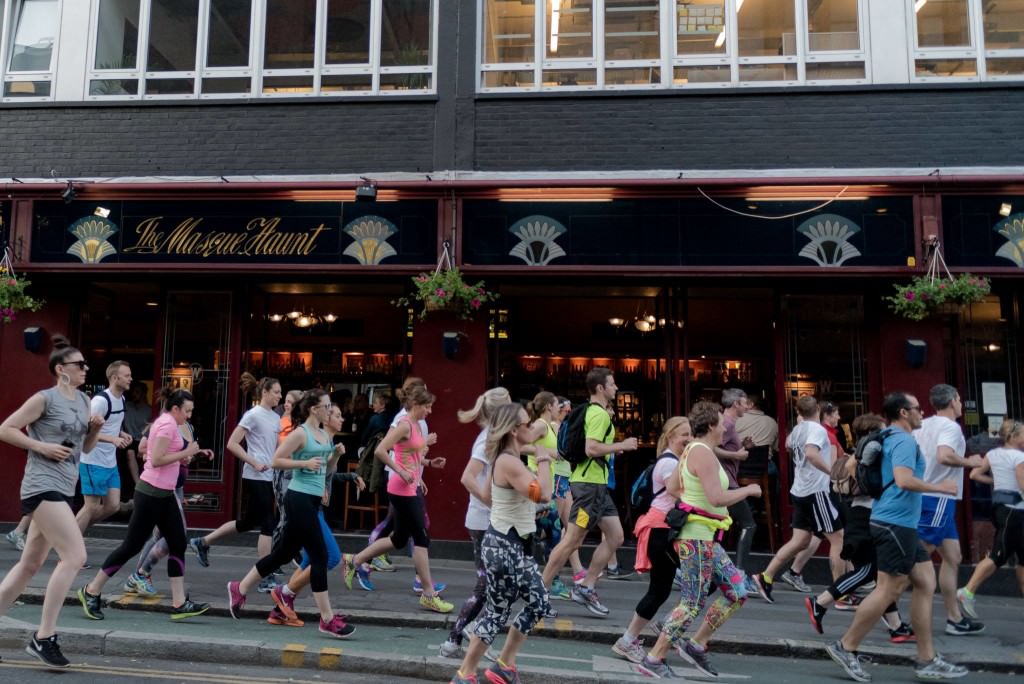 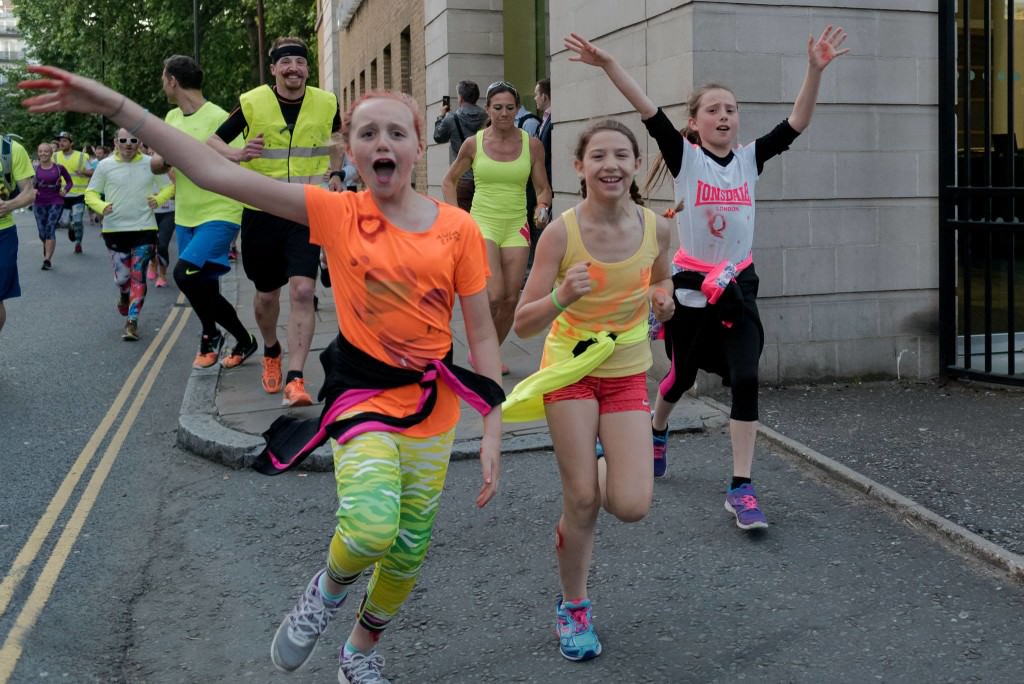 After a quick warm up PA style, we took to the streets, heading for St Pauls, whooping and cheering as we ran. We regrouped whilst planking before splitting into a 5K group and an 8K pack. I opted to help with the 5K group, hoping to help set up on arrival at The Scoop. Our group ran over the Millennium Bridge before turning left and running along the Thames, crossing over London Bridge, past the Tower of London and back over Tower Bridge. 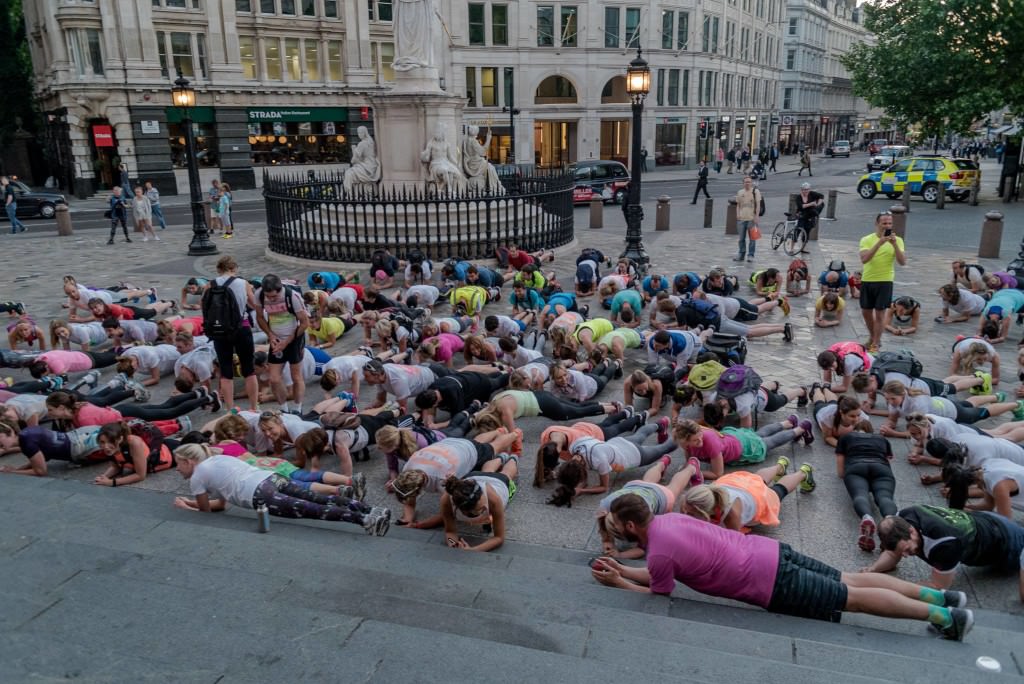 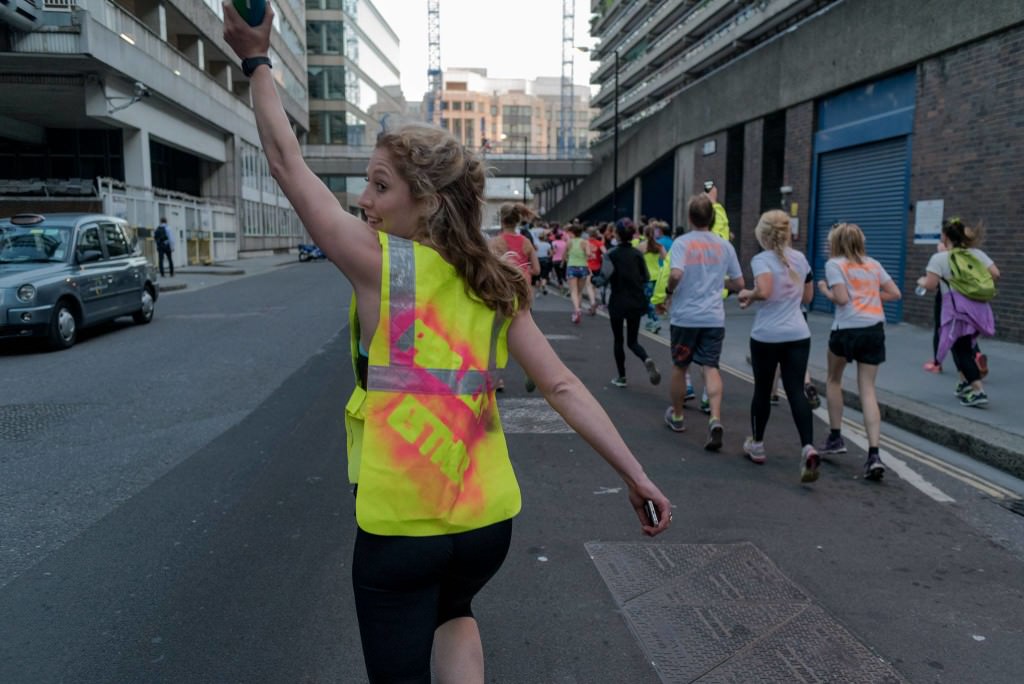 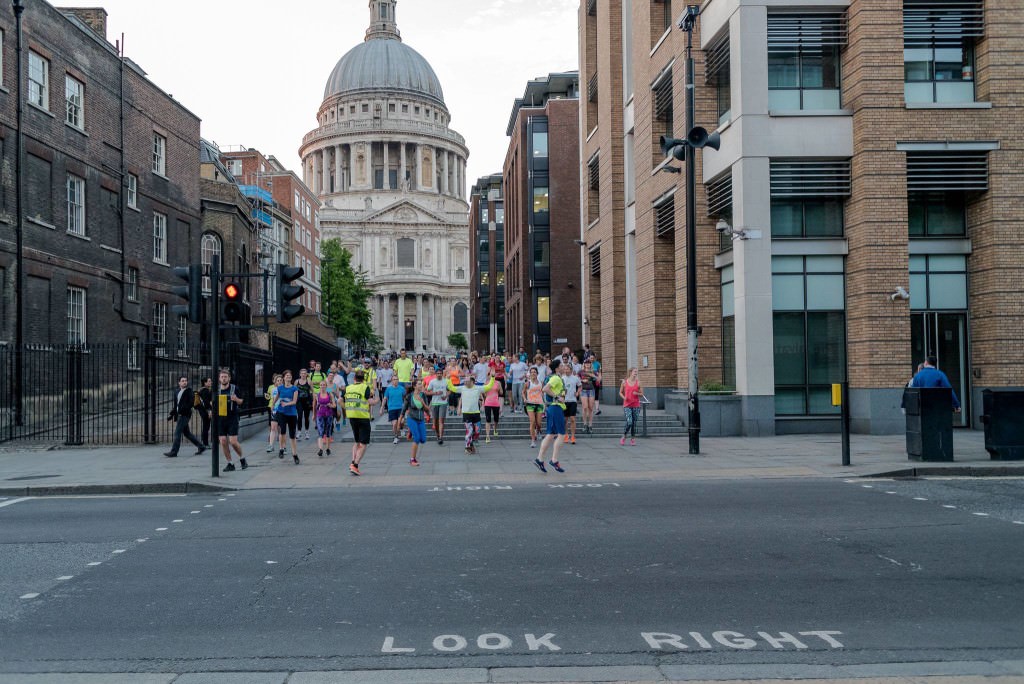 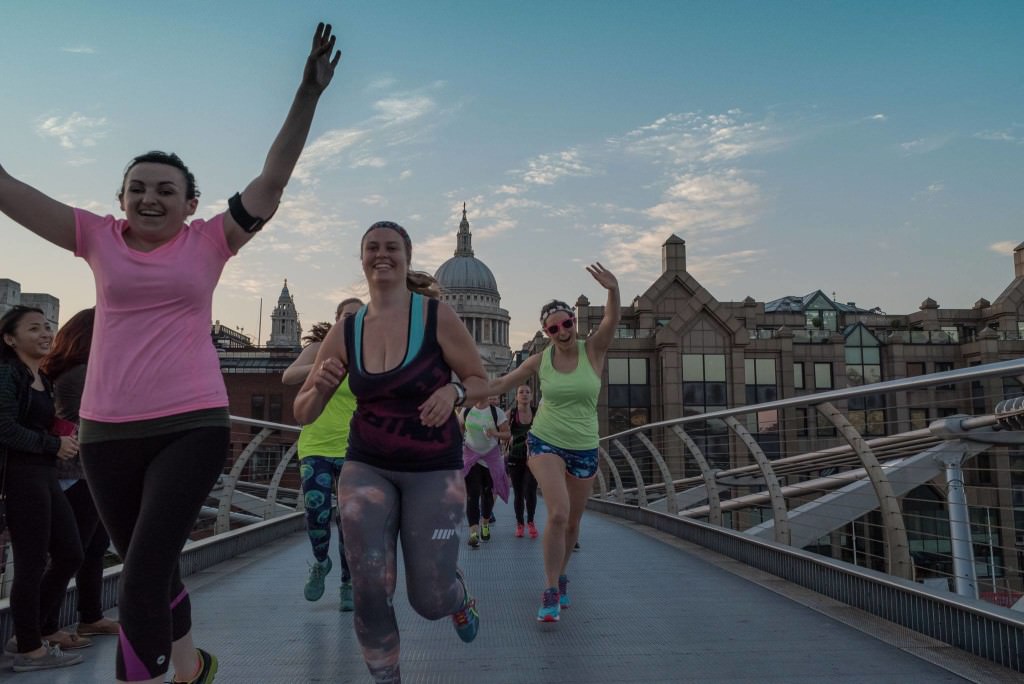 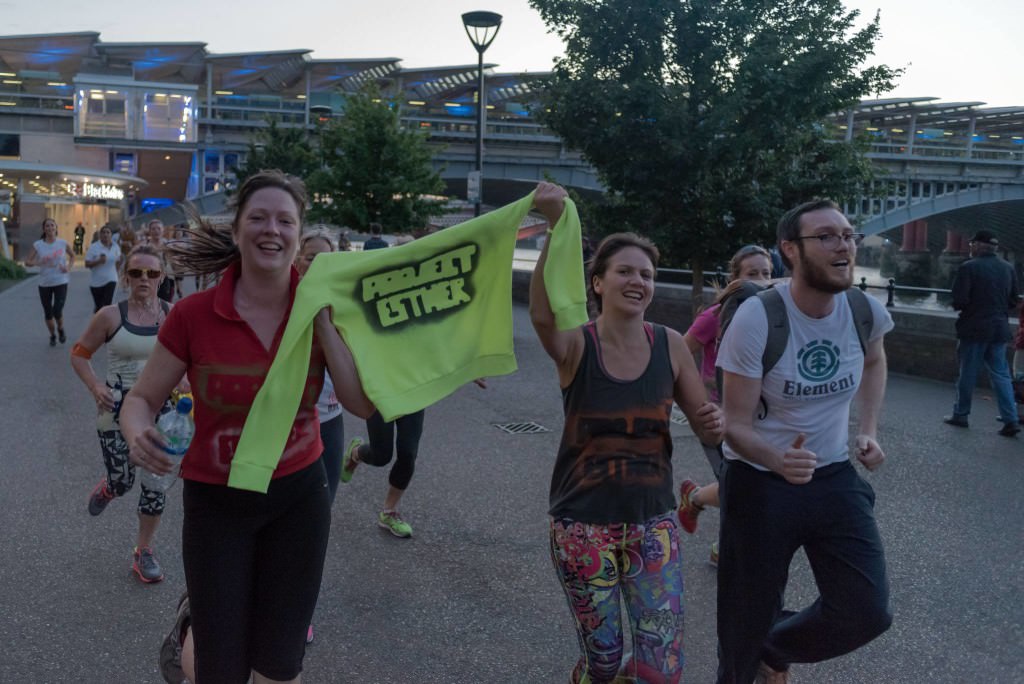 As we touched back down onto the south side of the river, we chanted Esther’s name in unison as we approached The Scoop. (Goosebump moment!)

Arriving at The Scoop the incredible set up team had laid out candles spelling out Esther’s name as well as baked goods donated by friends and family. (side note- I’ve never seen a group so well catered for with gluten free, vegan, sugar free, paleo etc snacks on offer!) As we were digging into brownie, the 8K group piled down the stairs, ringing out another chorus of ‘Project Esther’. 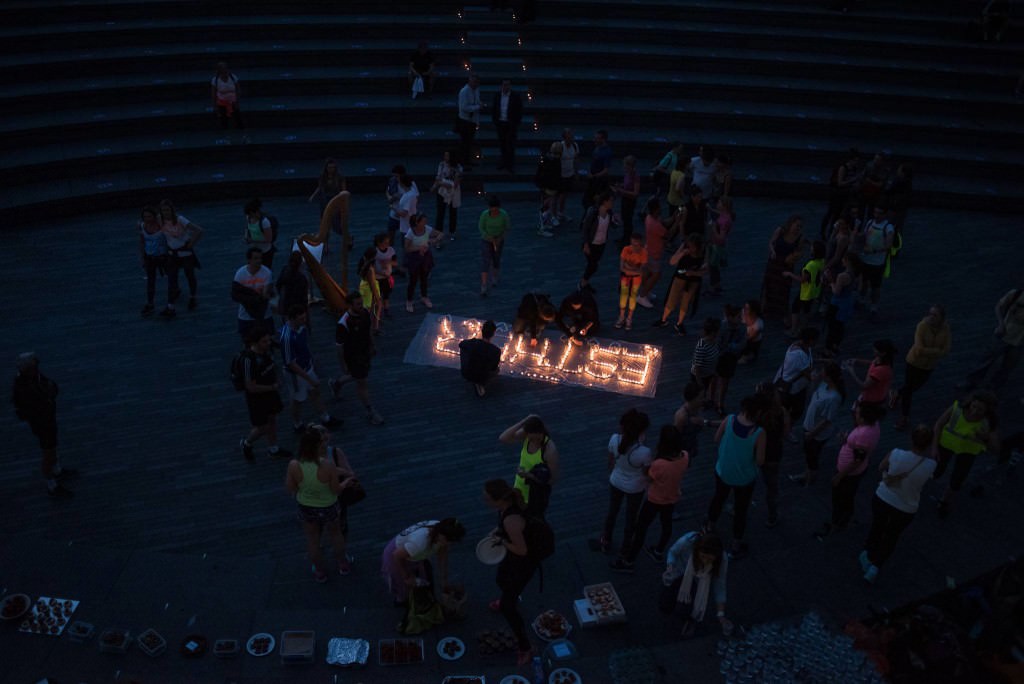 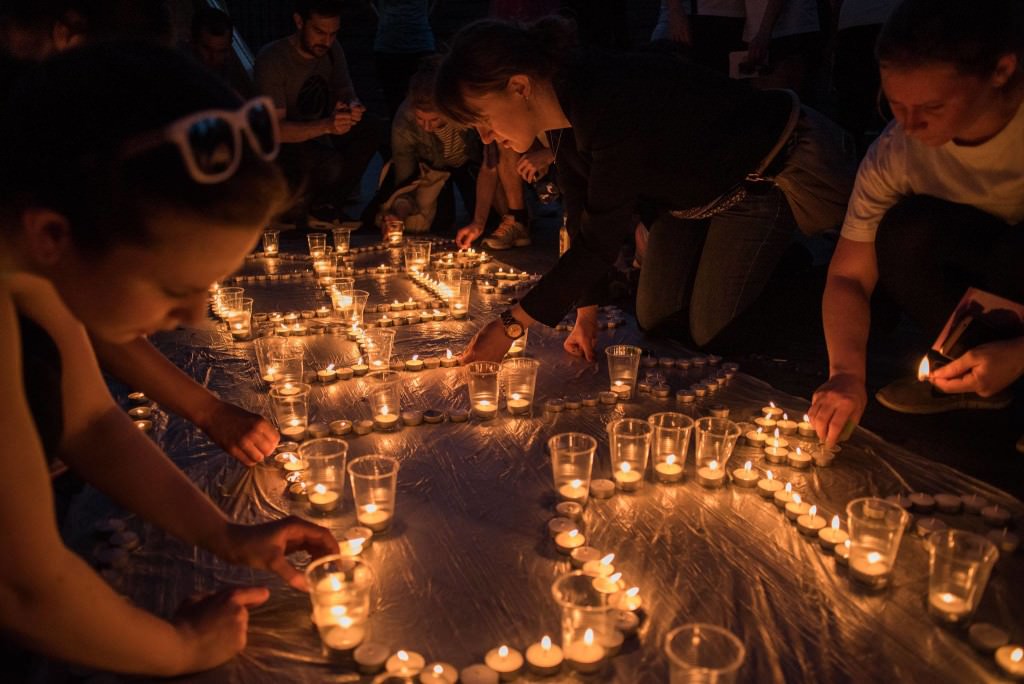 Sitting on the steps, first up Danny (founder of Project Awesome) said a few words about Esther and her incredible outlook on life, saying that she was Project Awesome summed up, full of happiness and smiles. Esther’s sister then bravely spoke to the crowd;

“Esther had the most amazing impact on everyone’s lives. I know she still does now. She’s having a right laugh looking down on us screaming and cheering. We loved her so much. We are all so proud of everything she did in her life. We are so happy she spent it with you and us.” 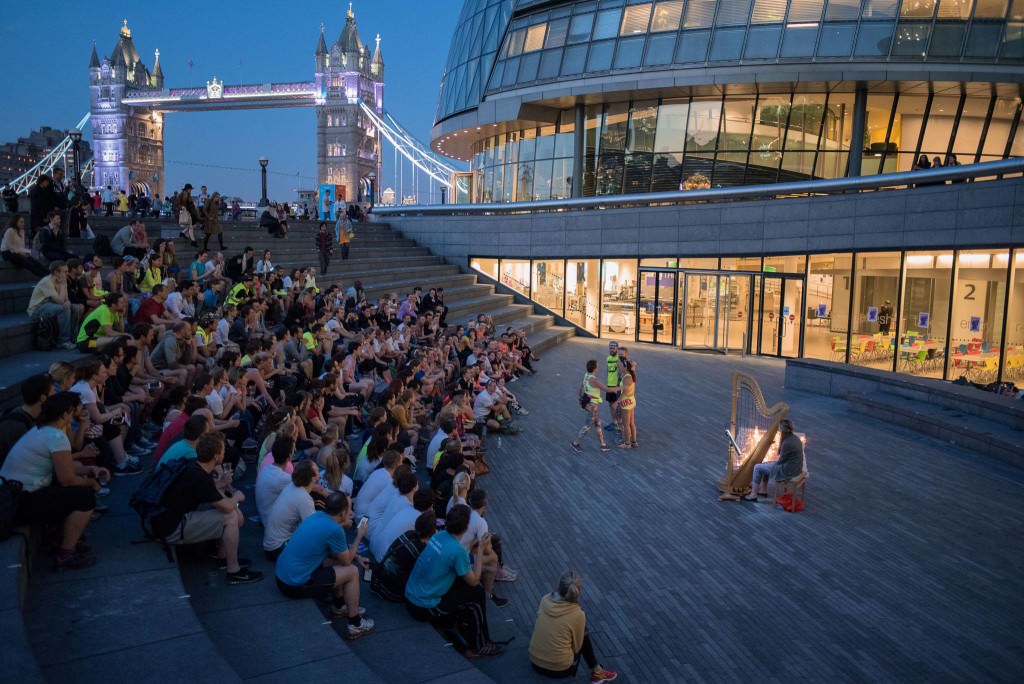 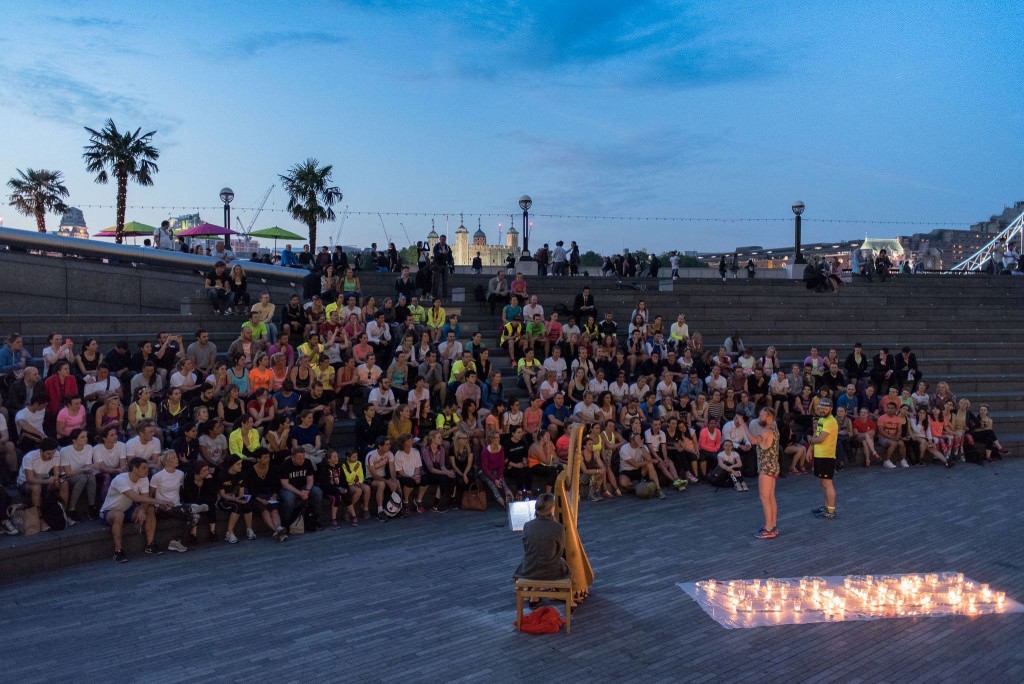 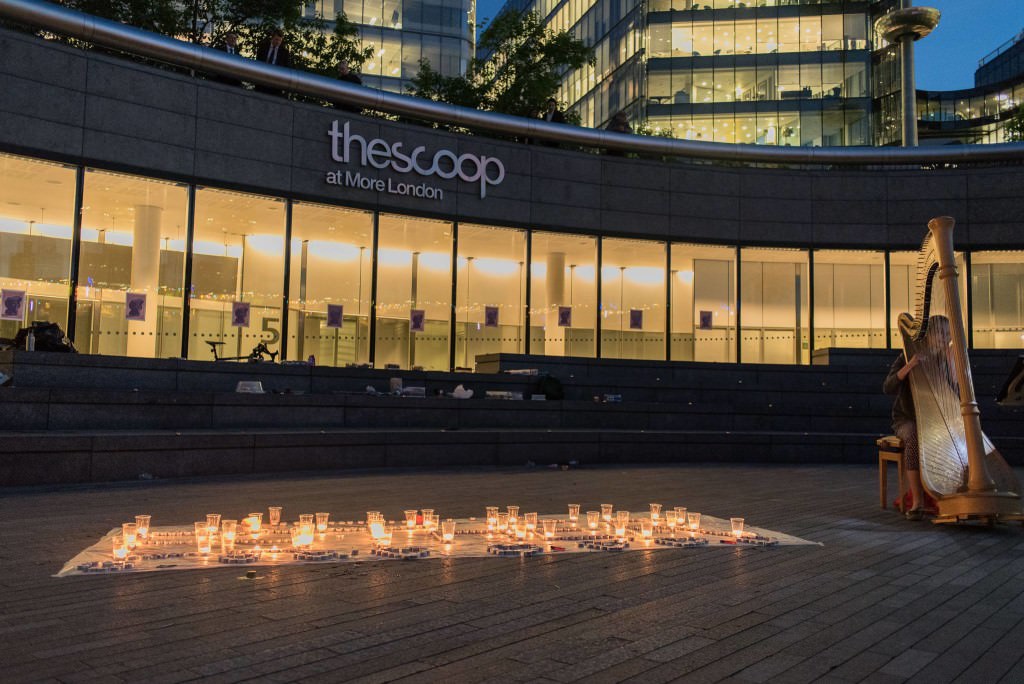 After a moment’s silence, Olivia from PA took to the harp, playing ‘Smile’ which set everyone off, it was the perfect song choice.

‘Smile though your heart is aching, smile even though it’s breaking’ 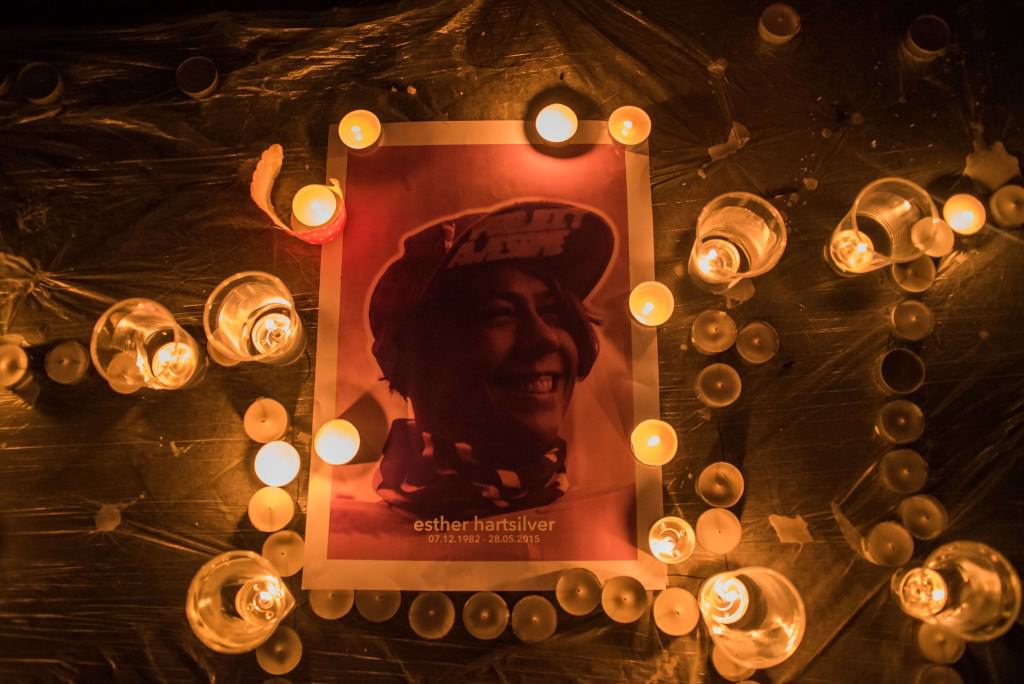 (Photos all from the wonderful David Altabev).