Last night I was lucky enough to go to Somerset House to try out Nike’s new #Flyknit running shoes, listen to an interview with Paula Radcliffe and take part in a fun 5K run with Nike and Elle Magazine.  Sounds awesome right? It was! 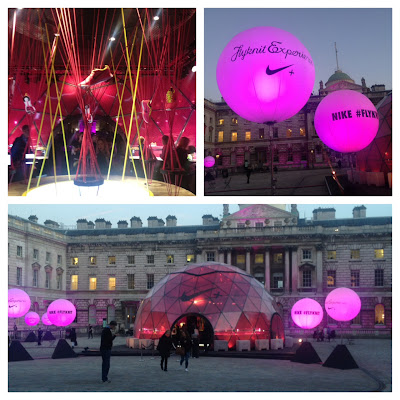 After checking our bags in and donning our free tshirts, we had the Nike Flyknit’s steamed and moulded to our feet. They were so light, and was a very neat fit. Plus the bright statement colours are always a bonus.

The Nike Flyknit Trainer+ Unisex Running Shoe was designed based on insights from the world’s best marathon runners. Like the Nike Flyknit Racer, it features a virtually seamless knit upper for targeted support, breathability and a snug fit. (source) 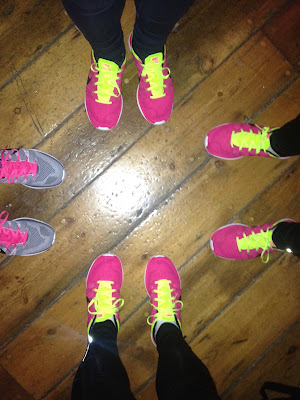 Mine are the grey trainers, and yes, I was a little upset that I was the odd one out!

After chatting with other attendees, we excitedly waited for the interview with Paula Radcliffe. So interesting to listen to the advice of the women’s marathon world record holder, in 2.15.25!! I’ll cover her interview properly in a proper post! 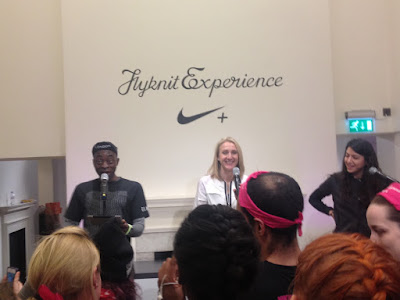 After the interview, we headed outside for a brief warm up and set off on the run. It was a gentle pace, especially at first dodging around lots of pedestrians. We were told to expect some surprises on route…and the first was UV glow sticks!! It really helped light the way and made the crowd easier to follow. We got a lot of strange looks from people out enjoying their evening, especially when we ran past restuarants and bars.
. 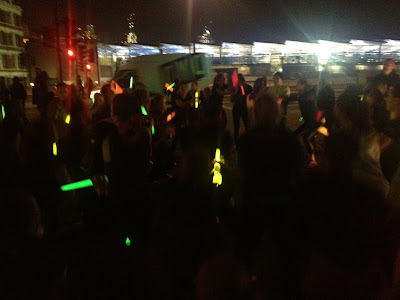 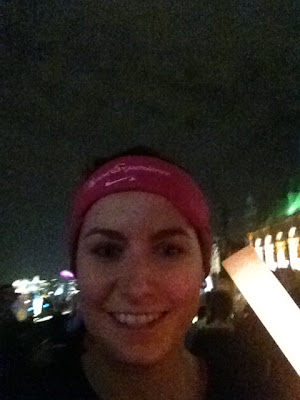 We continued our run across the River Thames, and onto the South Bank. Stopping for a few photo opps and group photos. 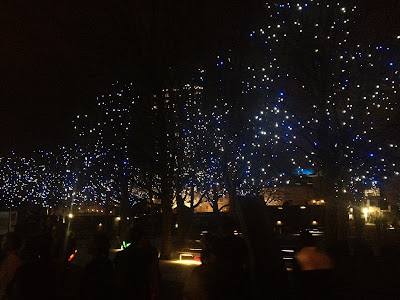 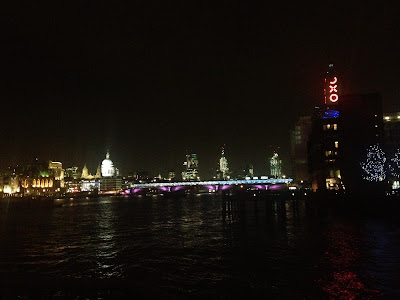 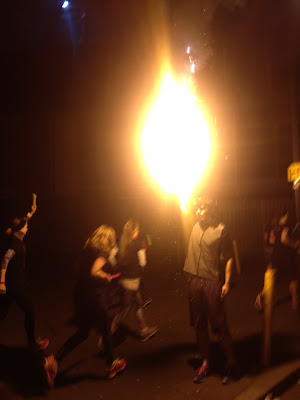 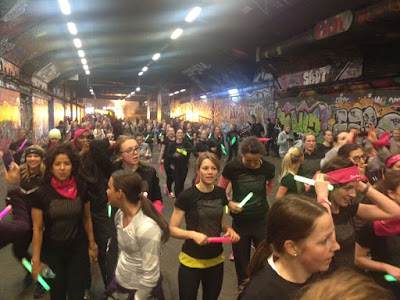 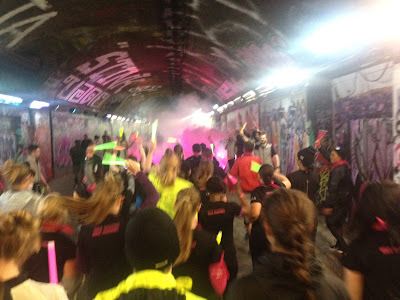 The organisers had filled the tunnel with smoke machines and two beatboxers, it was awesome and felt more like a rave than a run!

After running 5K in the Nike Flyknit’s I realised that I prefer a more supportive running shoe, especially for longer distances. I would love the Flyknit’s for short 3milers, treadmill runs and classes, but am not sure they suit my running style for distances over about 5 miles! Wish I could have a pink pair!

After completing a little over 5K (in 55mins!!) we returned to Somerset House for some Prosecco and canapes. By this point we were all starving. It was such a great night, and brilliant to meet some other runners and make some friends. This is the group I ran with, including a lady who is running her first marathon in April, Claire who has run multiple marathons, and Helen and Gail who are running their first 10K’s this summer! 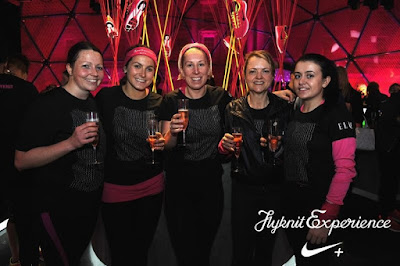 Thanks Nike and Elle for a great evening! The event has inspired me to go out and find some more people to run with!

Do you run with other people or on your own?