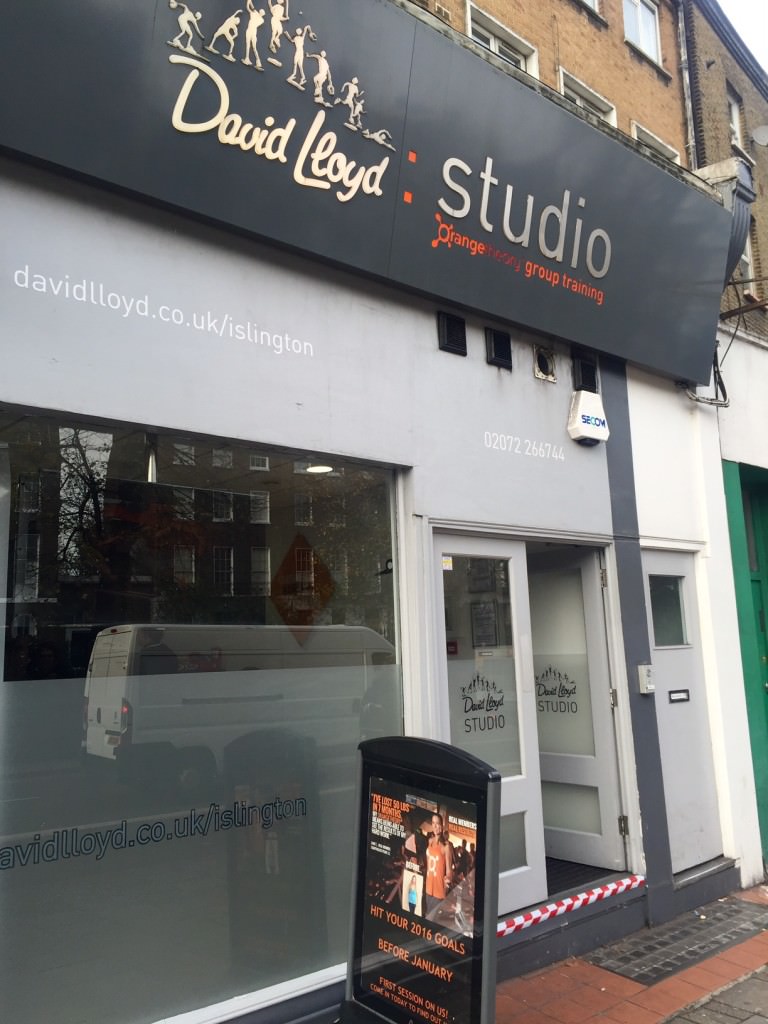 If you follow the American fitness scene then you’ll probably have heard of Orange Theory, the workout class taking US by storm.

For those that haven’t heard of it, or don’t know much about it, Orange Theory is a 60 minute HIIT training class that uses a heart rate monitor to track your progress throughout the hour. You swap between treadmills, rowing machines, weights and TRX during the full body workout. 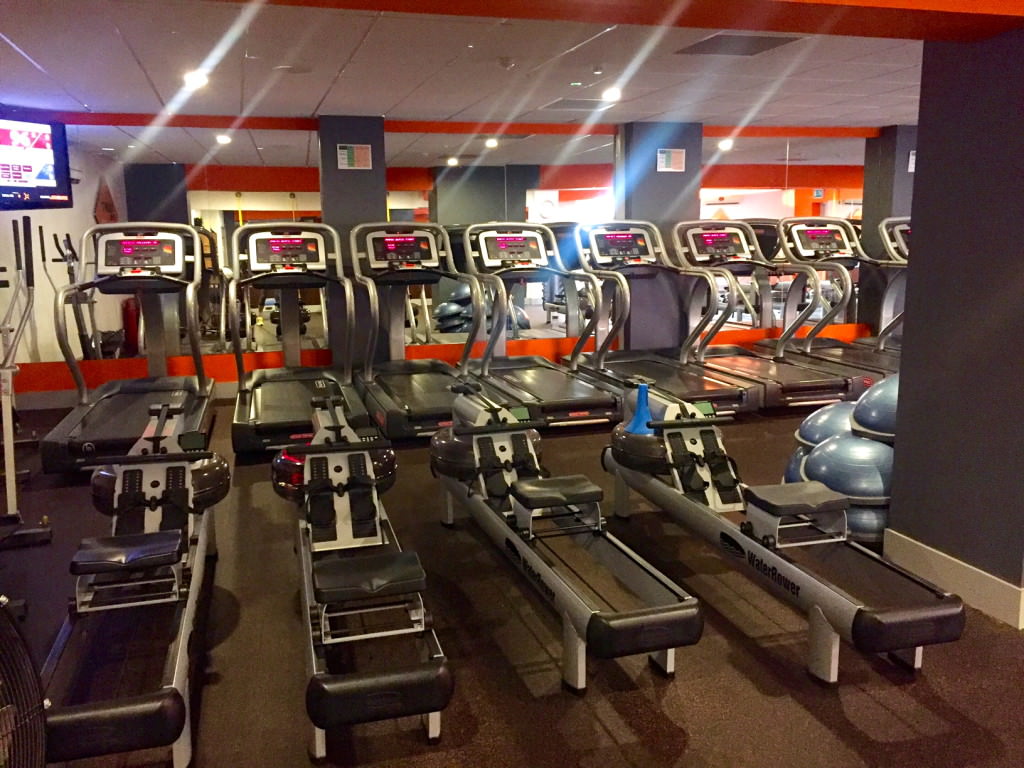 Your heart rate stats (worked out using your height, weight, age and your HR) are projected onto screens in the corner of the room so that you can monitor how hard you’re working and recovering. You’re aiming to be in the orange and red zones for each interval for maximum calorie burn. 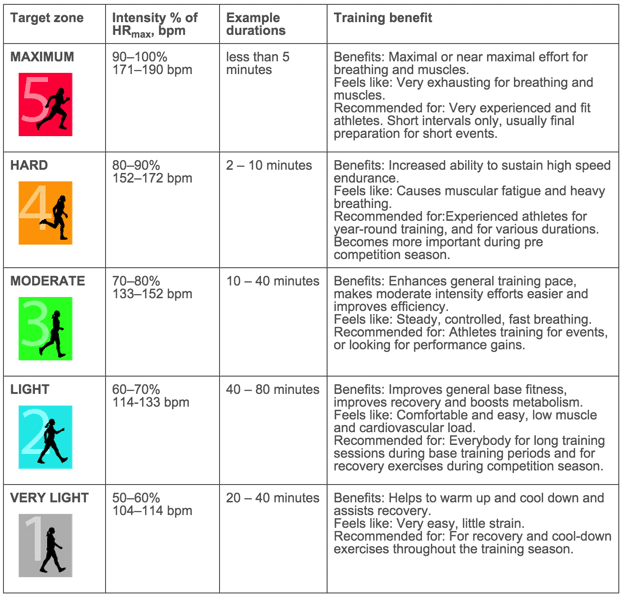 The ‘theory’ part of Orange Theory is that you’re trying to produce “Excess Post-Exercise Oxygen Consumption,” or EPOC also known as the “afterburn” effect, meaning increased metabolic rate for up to 24 hours after class – meaning you can feel fully smug sitting on the sofa and watching I’m a Celebrity knowing that you’re still burning calories.

We all started class on the treadmills, and you set the following paces for our workout 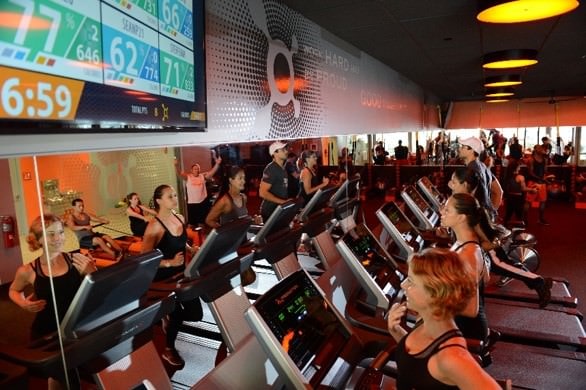 You’re constantly encouraged to increase the pace if you can towards the end of a set, with the trainer counting down in 15-30 second increments so that you feel like you could increase it for just a few seconds and make it to the end rather than flying off the back of the treadmill. Unlike 1Rebel or Barry’s Bootcamp you’re not given numbers to input on the treadmills except for during the walking recovery sections, so it’s up to you to push yourself as much or as little as you like.

We spent half of the class on the treadmills, but as each session is different this wouldn’t be the case for all classes – a little like Crossfit the workouts are the same each day for every Orange Theory studio!

After 30 mins and a lot of sweating, we moved over the weights section where our trainer took us through a circuit workout including;

We added an extra 100m to the row on each round.

You worked through the circuit at your own speed and using the right level of weight/modification for you. I managed to get through 3 and a bit rounds. The exercises and reps were posted on a video screen, perfect for those like me with a memory of a goldfish when it comes to workouts.

Long leggings were a mistake… 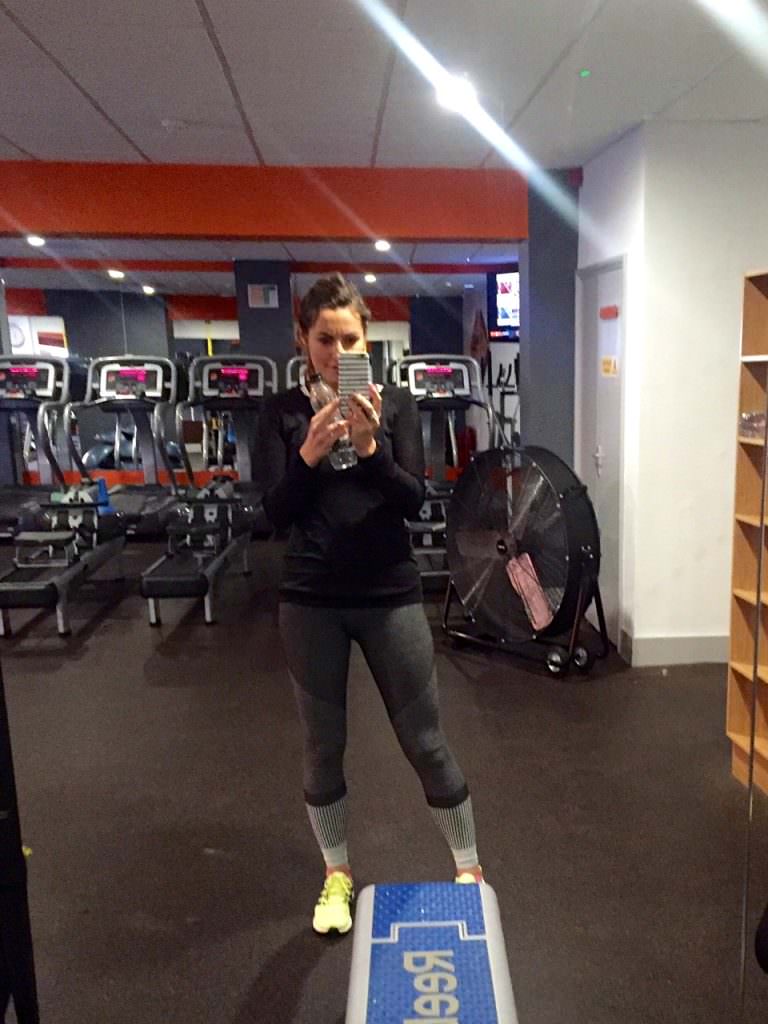 Apparently if you’re on ClassPass they will only lend you a HR monitor for your first class, after that you’ll have to buy one for £40, or bring your own. Alternatively you could wear a HR watch, or just skip that bit of info if you’re not so bothered by the numbers at the end of the workout.

I had such a great workout, I had to go straight to Waitrose afterwards to get some healthy snacks for the train as I couldn’t wait for lunch at home!