Reality hit at the end of November when it dawned on me that I hadn’t put a pair of trainers on in over 6 months, let alone run. Back in September 2009 I ran 8km for Breakthrough Breast Cancer having done absolutely no preparation for it, but 26.2 miles is a long, long, way and there is no way I could do it without any training. 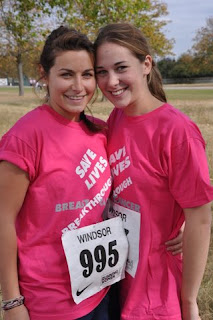 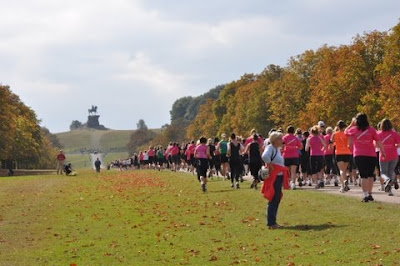 I set about looking for an appropriate training schedule. I had found lots of ‘novice’ plans that started with 25 minutes walking- and wanted to find something that started with 2 mile runs. During my research I stumbled across a blog by an American girl called Emily. She wrote about her ‘road to running’; her training runs, 10ks, half marathons and marathons. It depicted the good, the bad and the downright painful moments of her training. Her honest approach to marathon training gave me the inspiration and courage I needed to stop faffing about, choose a plan and start training. Through her blog I discovered Hal Higden’s ‘Novice Marathon Training Schedule’ . 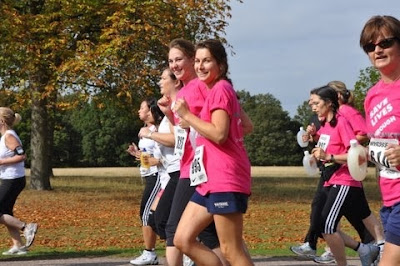 And so it began. I started running 3 miles three times a week as the official 18 week plan hadn’t started. Unfortunately the first official week of training fell during the week that I was on holiday with my family. I did a couple of 3 mile runs on the treadmills at the gym in the hotel but was nervous about the 6 miles. I roped in my cousins Will and Rob, along with Jack, to do the run with me. We thought we would round up the 6 miles to 10km as it sounded more impressive!

I was so proud of myself, and the boys, when we finished. It was the furthest I had ever run (despite the fact that I don’t look like I am actually running in any of the photos.)

I decided to swap the subsequent weekend runs- we were supposed to do 7 miles on the 2nd January but decided to do 5 miles instead (I had seriously been slacking during the Christmas week!).They weren’t too bad except for Jack telling me we had much further to go than we actually did! We managed over 7 miles last weekend and 9 miles this morning! (posts to follow)