Me dressed in a parrot onesie, running around and squawking as I got hit by numerous balls or made terrible throws. 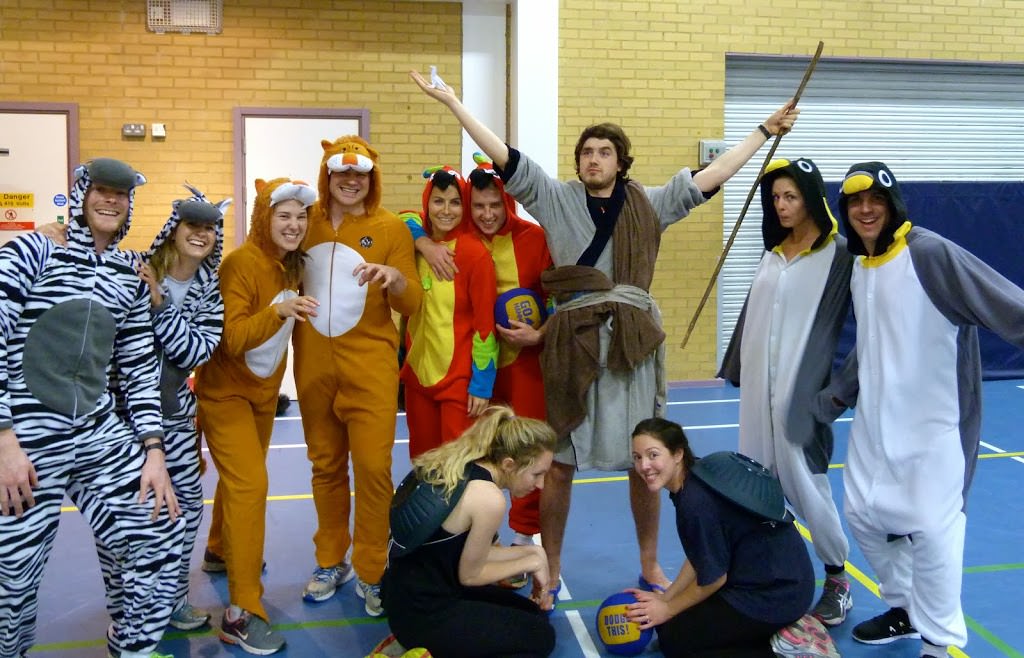 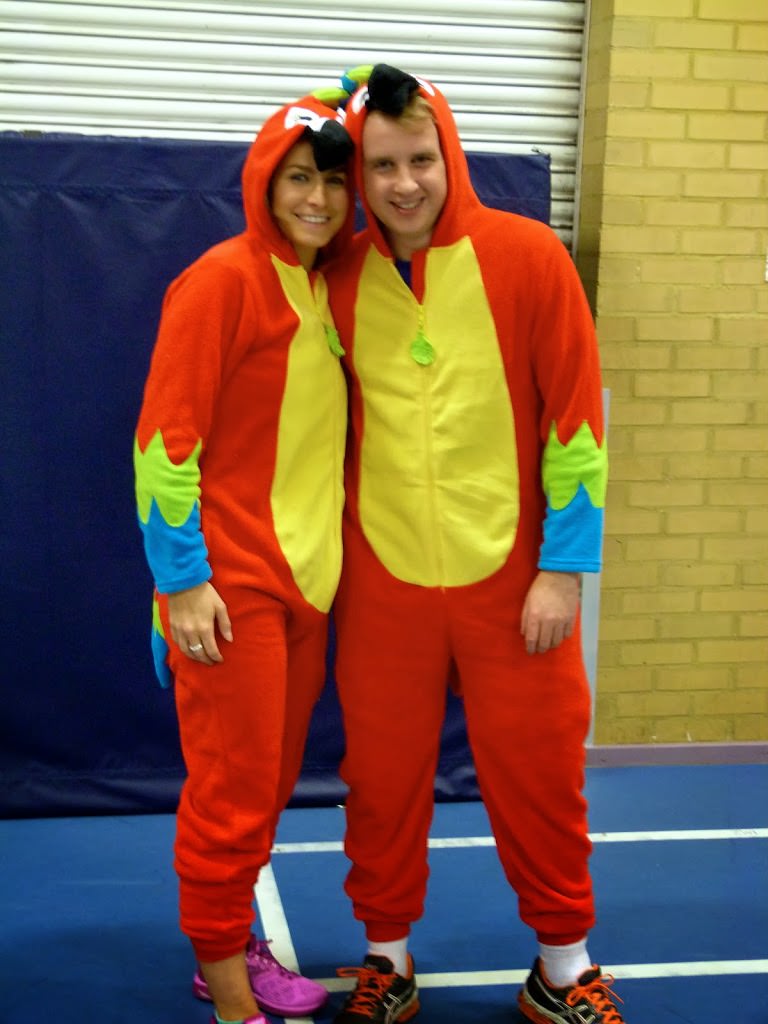 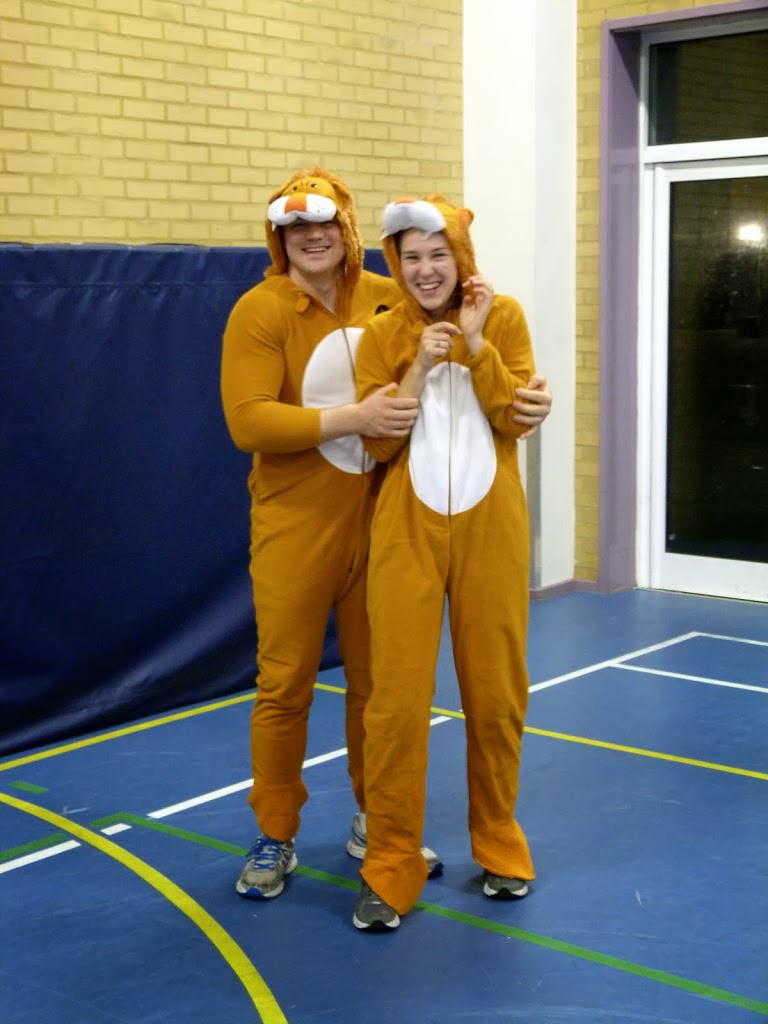 After our win last week, our team was feeling mildly confident. Pair that with our awesome costumes and we were raring to go. We even liked our chances against our undefeated opponents once we realised that they were 2 players short… until we started playing. 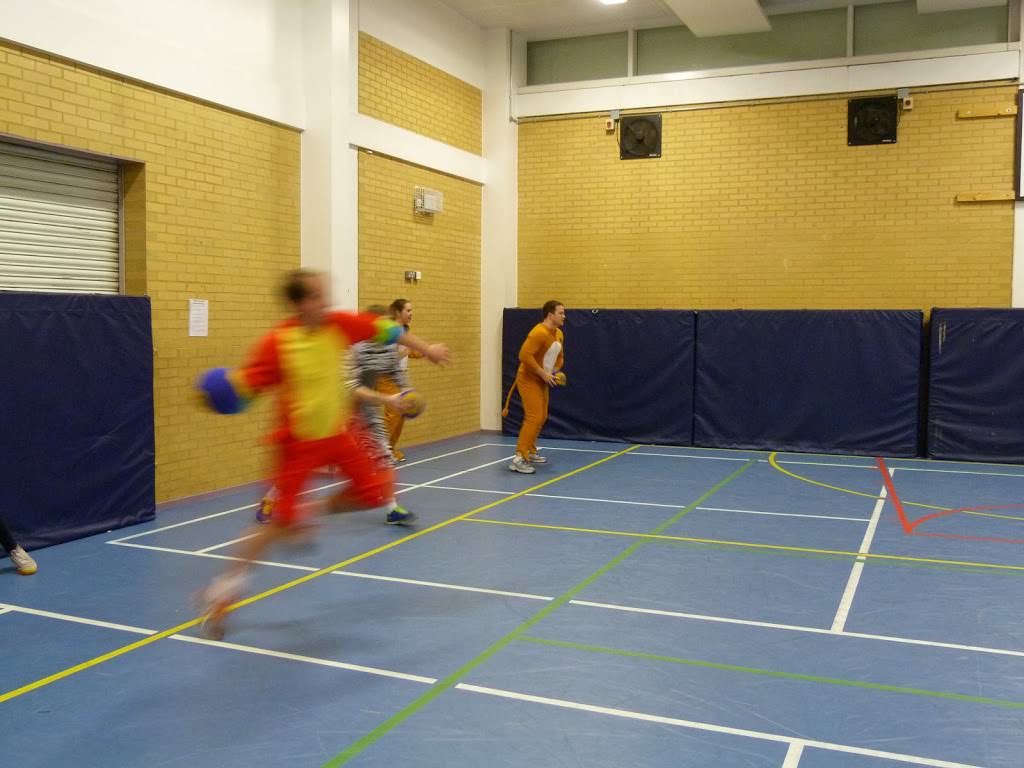 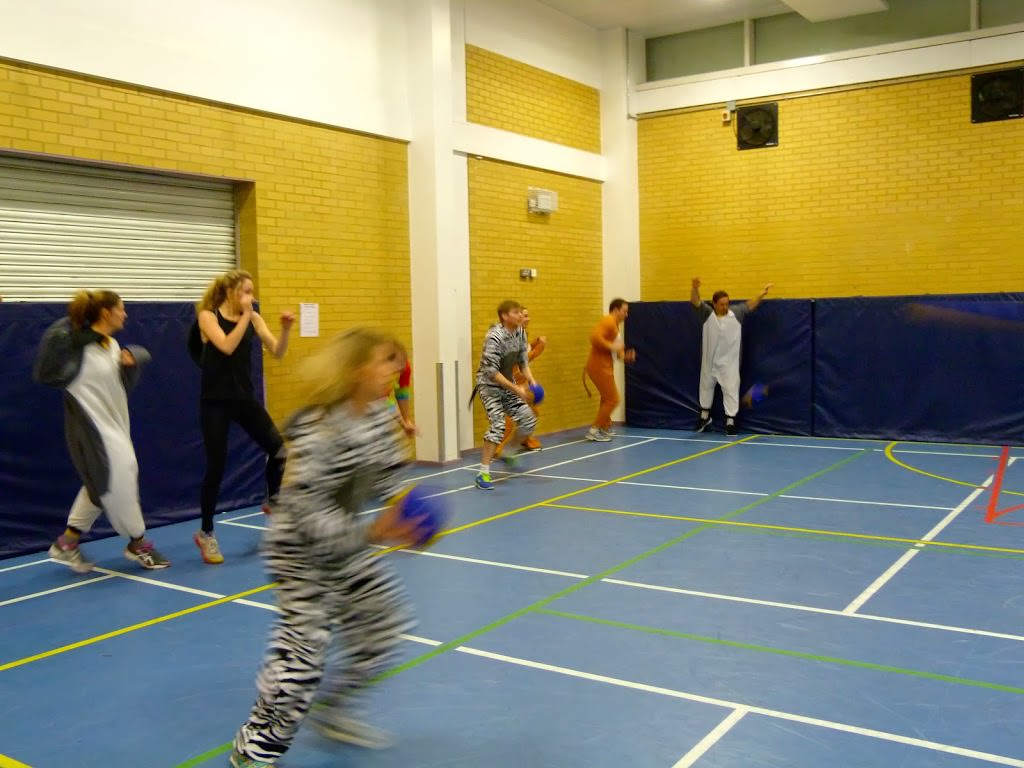 We won the first set, but were outclassed by the school uniform clad team during the second and third sets. I played appallingly, and definitely need to practice my ducking, diving, dipping and probably, more crucially, my throwing. 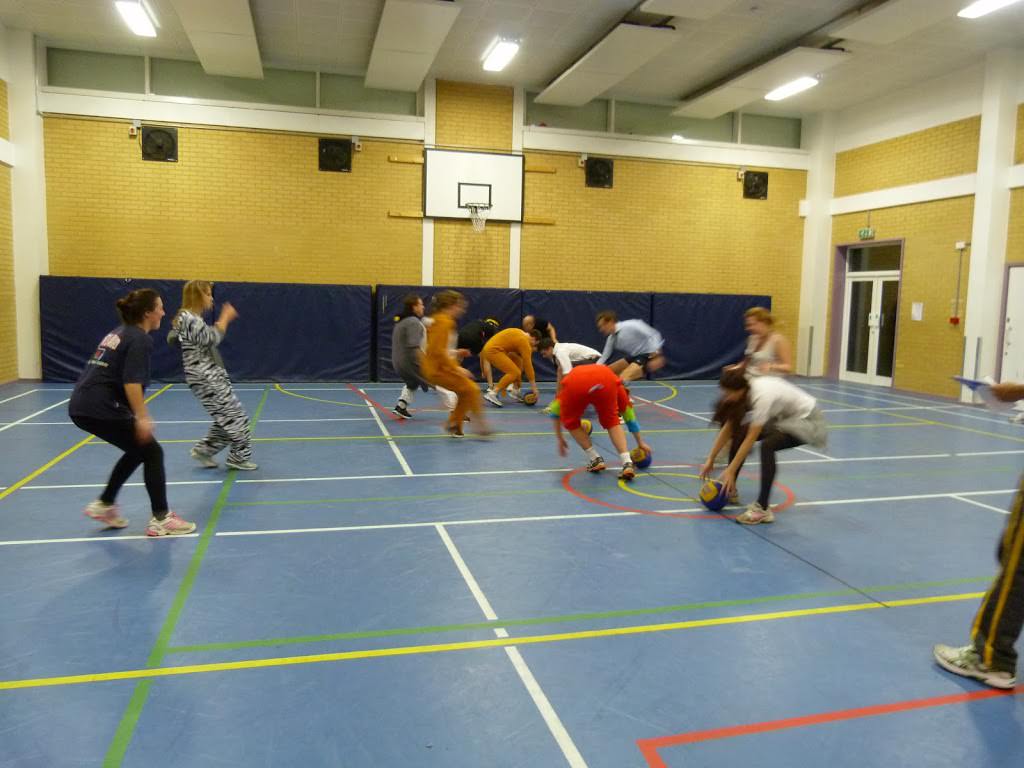 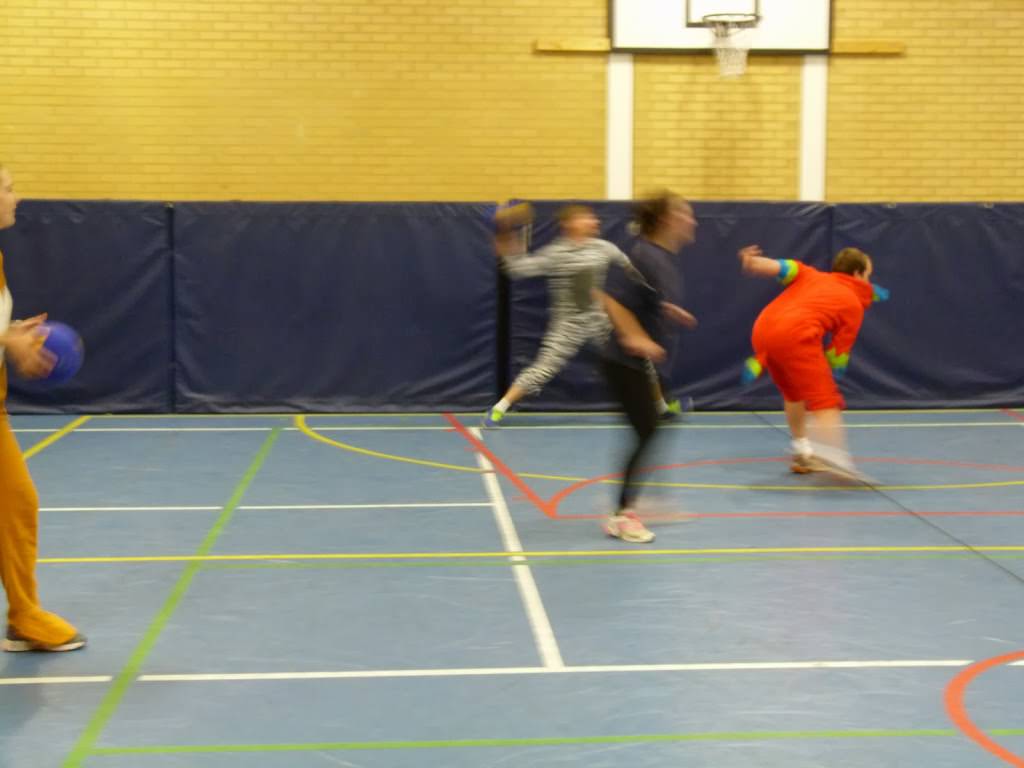 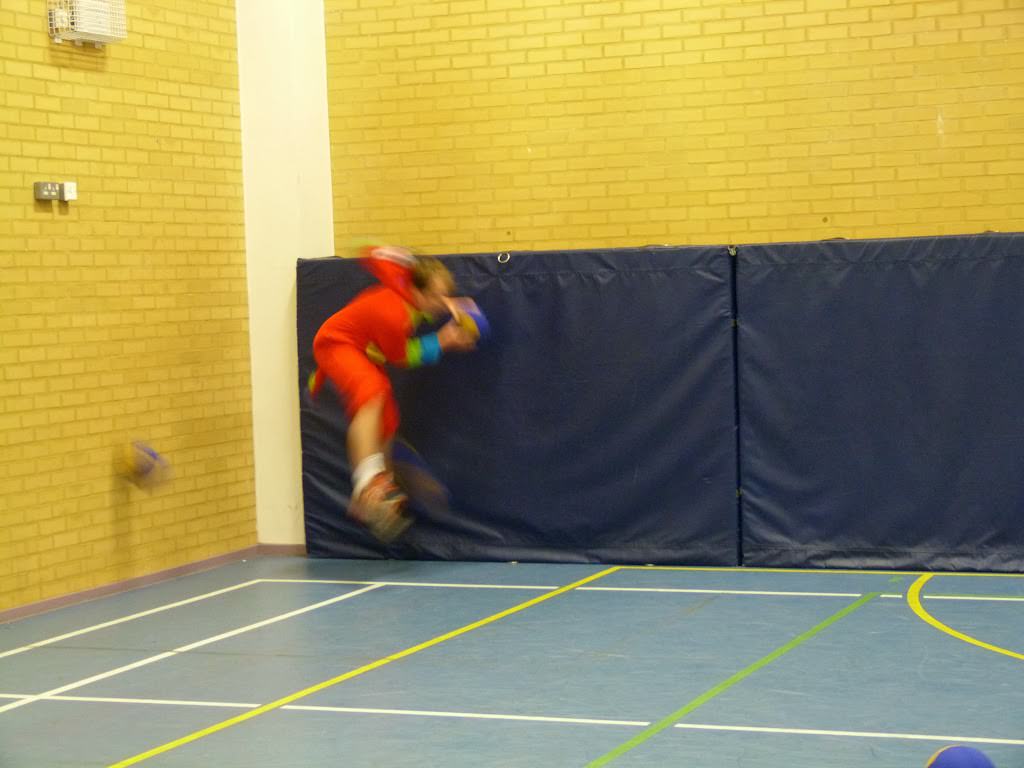 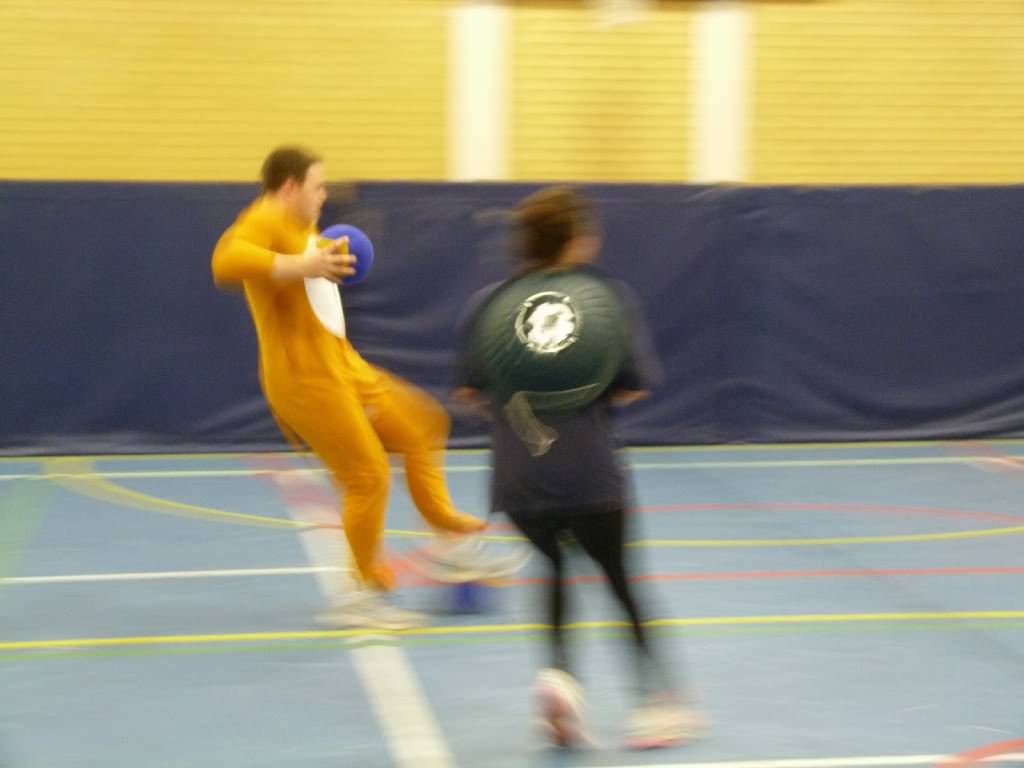 Our opponents were so friendly and lovely, unlike the team we played last week, that I actually didn’t mind losing to them. They were the far better team and deserved to win. I got hit in the hand and my fingers bent back during the final game and the guy who threw the ball came over to check I was ok- very good sportsmanship!
Despite the loss, we were still in good spirits at the end, and awarded ourselves, (with back up from the ref) the best costume award! Well done team!
What’s the best costume you’ve ever worn? And the worst? One halloween I literally drew a cat face on my own face with eyeliner and wore a black outfit. Lame!