As I’ve mentioned before on here, I’m running the Nike Women’s 10K #WEOWNTHENIGHT on 18th May this year with Leah’s Team Naturally Run.

Nike and Elle magazine have organised weekly a running club on a Monday, (that I went to this week, read about it here) and a Train to Run, bootcamp style activity in Hyde Park on a Wednesday evening.

It was another gorgeous evening in London, which made working out in the park seem very appealing. So glad the snow has gone!

There were about 40 women in total there for the session (along with the Nike photographer, some of these pics were taken by him). 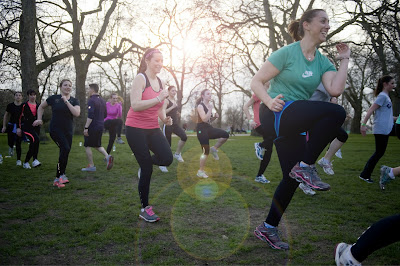 We started with a warm up, including some high knees, high kicks, and a fun ‘squat’ game where you held hands with another person, and would jump left or right, depending on what the trainer shouted out. It was a great way to meet other people and to break the ice. But also slightly embarrassing to explain that, even at 24 years old, I’m not great with my left and rights! 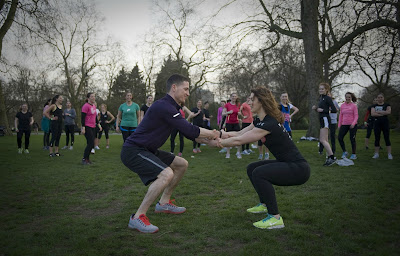 After our warm up, we split off into three groups, beginner, intermediate and advanced. After my experience on Monday night I decided to stick with the intermediate group- not too hard, not too easy. It seemed like a lot of people had the same idea as ours was the biggest group.

Our first challenge in our groups were a round of circuits, including planks, split jumps, side planks with arm row and squats. 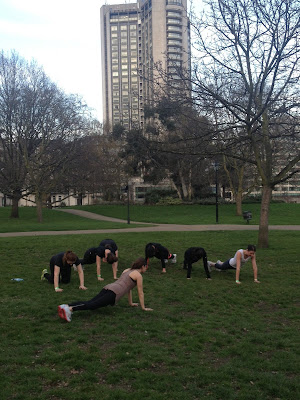 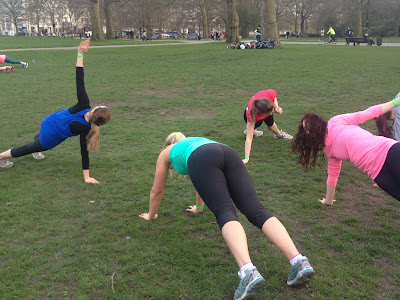 Our trainer told us that the most important part of your body when you run is the hip flexor. I know I have super tight hip flexors so I was pleased we were working on them. Although not when I realised this meant squats. A LOT of squats! 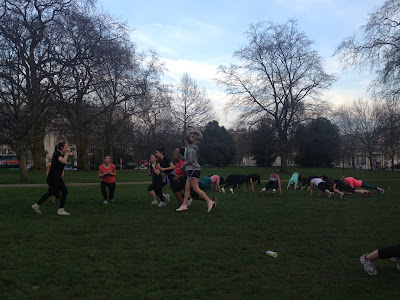 We spent some time working on landing on the balls of our feet too, keeping them light and our knees high. We kept returning to this after each set of squat moves, and they got noticably easier as we progressed. 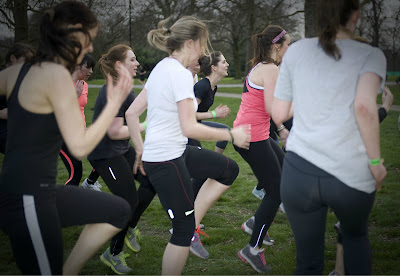 Did I mention the squats? 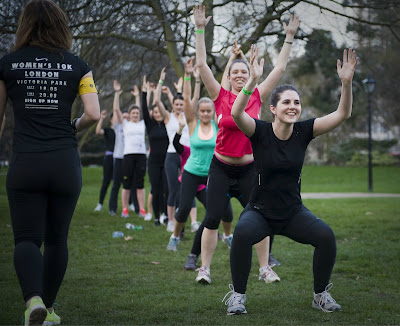 This squat frog jump with arms raised (anyone know the technical term for this move?) was killer!

These skaters were a great way of stretching out our hip flexors, which were pretty sore by this point! 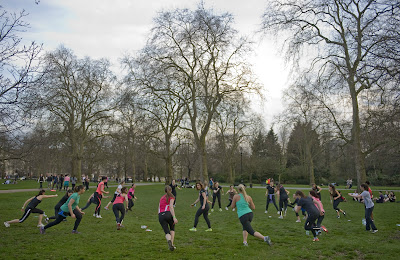 Finally after some shuttle run sprints (got to love a good sprint), we finished off with some friendly competition in the form of a ‘duck walk off….’

We split into two teams and raced each other by duck walking, aka more squatting. It got everyone cheering and laughing. 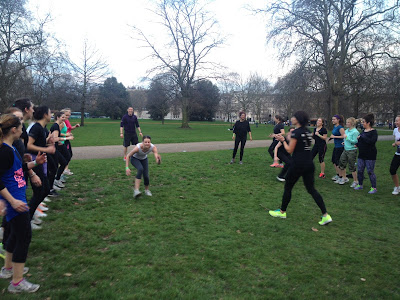 I loved the atmosphere of the event on Wednesday, we were actively encouraged to ‘high ten’ people at the end of an exercise, and to be part of the team. It can be a little nerve wracking turning up to these types of events on your own, but I felt really included and chatted to a number of people.

Unfortunately I can’t attend next week’s session, but I’ll certainly be back to the park for other ones. It’s free to anyone that’s signed up for #WEOWNTHENIGHT 10K in May, just sign up for the session and turn up!

After a great experience last week, I’m tempted to sign up to some bootcamps this summer. Have you attended a bootcamp? What are your experiences?