This morning Amanda and I ran a 5K for Movember, raising money for testicular cancer. It was Amanda’s first ever race- 5K is a great distance to start with. 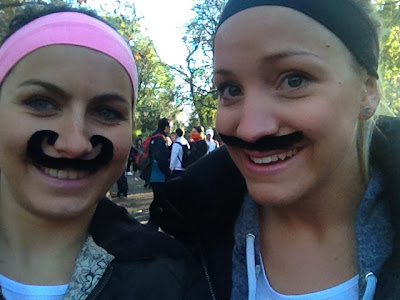 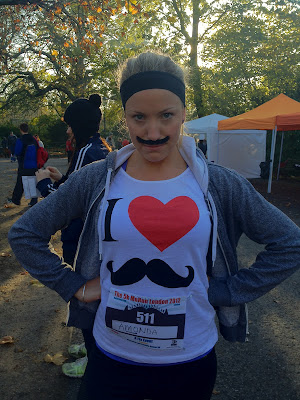 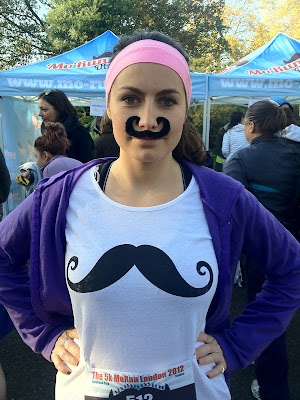 I’d also found us some fun moustache t-shirts. They were perfect for the race, but we hadn’t thought about wearing long sleeve tops underneath the t-shirts so it was pretty chilly removing our hoodies just before the warm-up. It was freezing! My toes were numb and didn’t regain feeling until half way through the run! 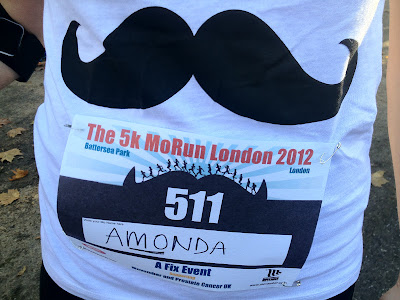 After a quick warm up with everyone we were off. So many people had made such an effort with their fancy dress. People were wearing wigs, moustaches, Movember tshirts as well as a number of morph suits! We must have looked like quite an odd bunch running around Battersea Park. 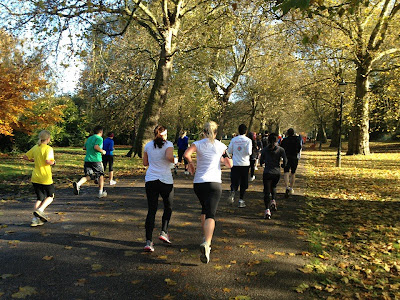 Our friend Helena, along with her boyfriend Tom came to watch us on our run. So good of them to get up early on a Sunday morning to come out and support us. (Thanks Hels for the pic!) Our plan was to run the race together as much as we could. I know that Amanda is faster than me so I tried to stick with her for as long as possible. She really kept me moving at a good pace. On the second lap she got in front of me but I made sure to try and keep just behind her and not let my pace drop too much.
My goal for the run was to finish in under 30mins. During my previous 5K last November my time was 29.49, I wanted to beat my that if possible. I feel like I have come so far since that 5K. That was my first real race, and Since then I have run a marathon, as well as three half marathons!
I know that I haven’t run all that much recently and so wasn’t expecting a particularly fast time. I was aiming for about 9.30min miles, so couldn’t believe it when every time I looked at the Gamin it showed around 8.30min miles. I had been running on the treadmill at about 9min miles hoping that would be enough, and obviously it worked! 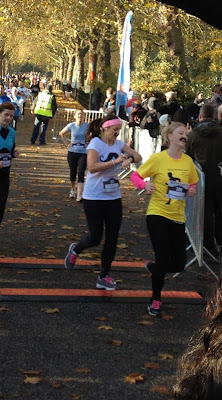 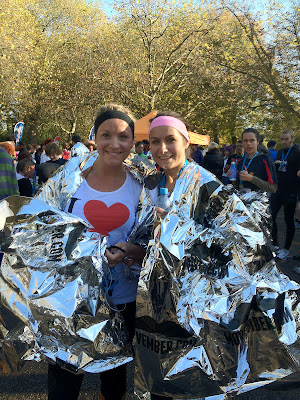 It was so much fun to run Amanda’s first race with her and even better to get a PR. My goal this year is to speed up my running, and today showed that it can happen. I need to put a lot more work into it to be able to sustain it for longer distances, but hopefully the extra work will pay off. I want a half marathon PR in 2013, I just need to find a nice flat half to run, and someone to run it with. Maybe I can convince Amanda!