Twenty two hour bus journeys through give one a lot of thinking time. I spent many an hour staring out of the window thinking about Vic and missing him.
Vic was a close friend and housemate at University who sadly took his own life aged 20, after suffering silently from depression. I was absolutely devastated and it took me a long time to accept that he was gone. I still find myself occasionally with a lump in my throat and tears running down my face after being struck by a memory of him. In particular cooking Coq au Vin (a regular Sunday evening treat at Uni) and hearing MIA ‘Paper Planes’ reduces me to a blubbering mess.
During one particularly long bus journey I decided that I needed to stop wallowing and turn the grief into something constructive. I knew Jack, my boyfriend, had signed up for the Virgin London Marathon for the following year, so I followed suit and signed up. However, there was one crucial difference- I signed up to run for MIND, the Mental Health Charity, and run in memory of Vic. 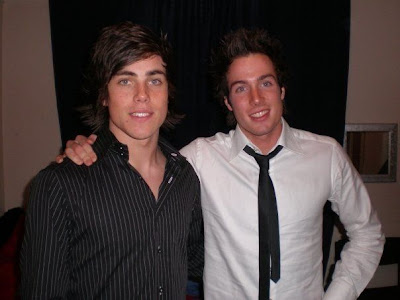 I think about Vic everyday; I miss him everyday. The intense training would be something positive that I could focus my energy on and I would help raise money for, and awareness of mental health problems, focusing particularly on depression in young people. I hate to think that Vic suffered largely on his own and without our support. If I can help one person to get the support that they need, one family not have to lose their child and a group of friends not have to go through the heartache that we have, then at least something positive will have come from our loss. 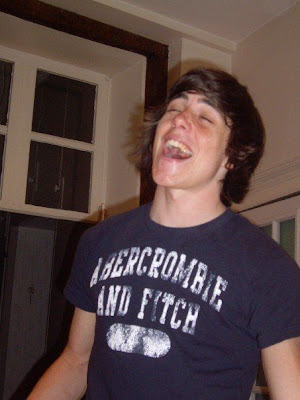 I signed up to run for MIND in May last year but didn’t tell anyone until I had been accepted. I didn’t want to jinx it or psych myself up only to have my application declined. We returned to the in July and the marathon had slipped to the back of my thoughts, so I was slightly taken aback when I received a phone call from the events team at MIND to confirm that I had been awarded a place in the London Marathon 2011. I was thrilled, but also apprehensive- I have never run further than 5 miles! I am not a natural runner, and I think that Vic would find it hilarious that I was even attempting to run the marathon, but I know that he would also be very proud of me.