Oh hey new Youtube video.. Are you subscribed to my channel? I’ve got some fun videos planned for my trip to Tokyo and other travel I have coming up over the next few months, as well as some ‘Day in the Life’ style posts (uni, hospital placement, marathon training etc) although if you have any requests please leave them below.

So after watching my Youtube video… here’s the lowdown on the London Winter Run 10K 2018.

With 20 miles on my marathon training plan, I decided to run to the start line of the 10K to break things up. The plan was to run 10 miles to meet my friend Loz for 4 miles, then the 6 mile race. I faffed around a little too long (and had to stop to buy water and fuel) so ended up running 9 miles to Hyde Park Corner, then Los and I ran a 4 mile loop of Hyde Park and St James Park (shout out to the blog reader who we bumped into who recognised my foghorn voice!) 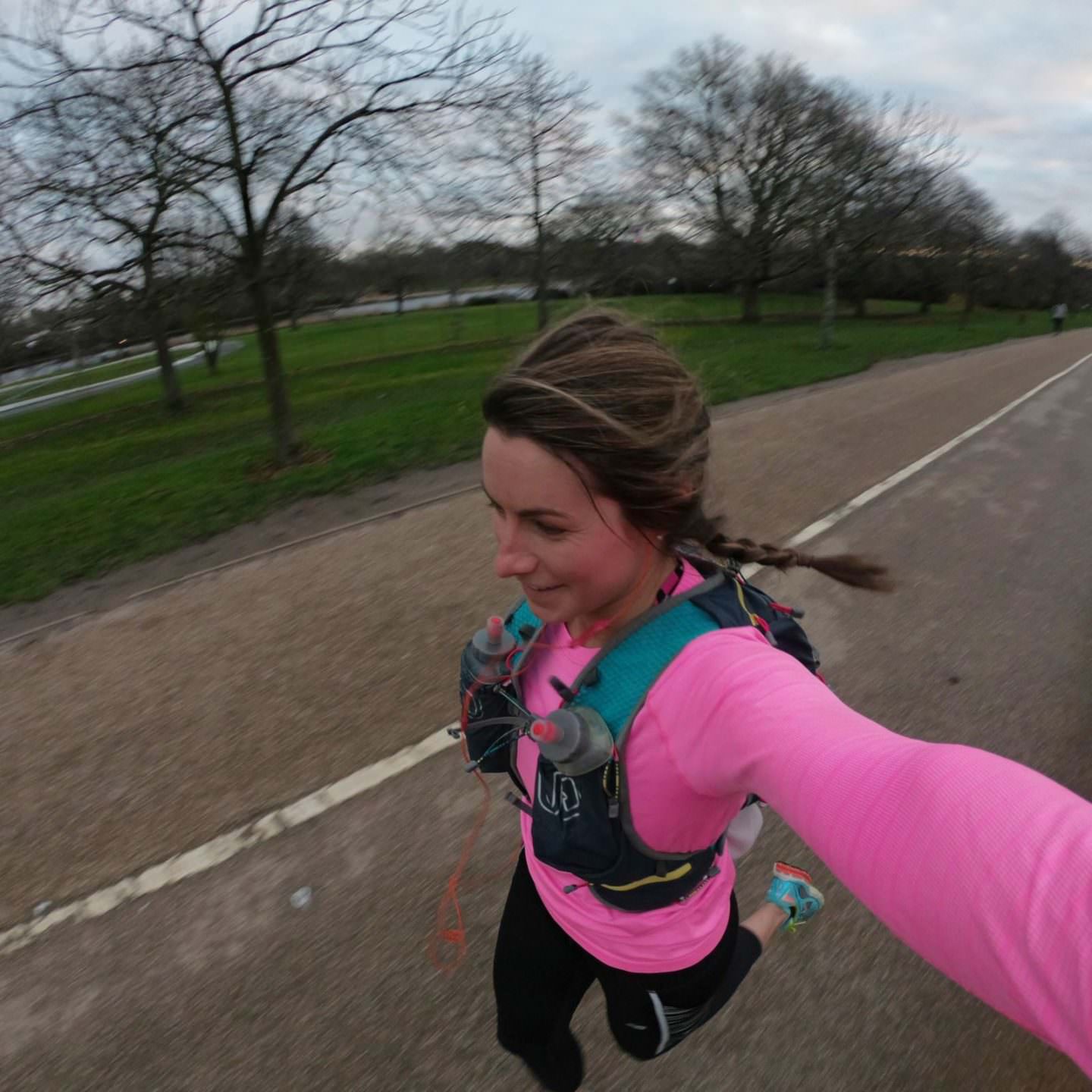 We were an hour early for Loz’s start and I was FREEZING, so we hopped into Cafe Nero to have a quick cup of tea and use the loo. Side note – the Cafe Nero at Trafalgar Square shut their loos, even for paying customers, saying that there was a fault with the water, however it appears this same fault has happened for the last 3 London Winter Runs in a row…rather suspicious!

After warming up a little, we slowly made our way to the start line. We didn’t have our bibs checked once we had passed into the race area so it seems that by this point the corral system was out of the window, which was nice for Loz and I to start together, however not so nice for a lot of weaving in the first mile.

My plan was the rather antisocial 2 mins hard, 1 min easy for the 6.1 miles, meaning there was a lot of speeding up/slowing down, and a lot of clock watching.

It did however make the race go by super fast, especially considering I’d already run 13+ miles, I felt great and was fun to have a bit of speed left in the legs.

The crowd support was great, I loved the polar bears and wolves along the route, and I think there was at least one water station (maybe two?). The course was busy, and I think we started too far back so were caught up in a slower wave – I ran along the pavement for parts – but people were friendly, the runners were excited and it was a fun race. It was awesome to see friendly faces volunteering at the end too.

However…it was £40… which I think is really expensive for a 10k. Personally, I think £30 would be a better price point (or lower!) For that reason, I find it really hard to recommend it for those that would be running it again or would be travelling to London specifically for the race. However, if you live in London, or are taking part for the first time and don’t mind spending some cash, then go for it – the 2019 early bird entries are open now.

After the race, I had to finish off 0.7 miles to hit 20 miles for the day. It was definitely mentally tough to keep running at the end of the race, however I was glad to have such a short distance to complete. I ran another half loop of St James’ Park before heading back to Cafe Nero to meet up with Loz (and bumped into one of Tom’s friends who had run the 10K). 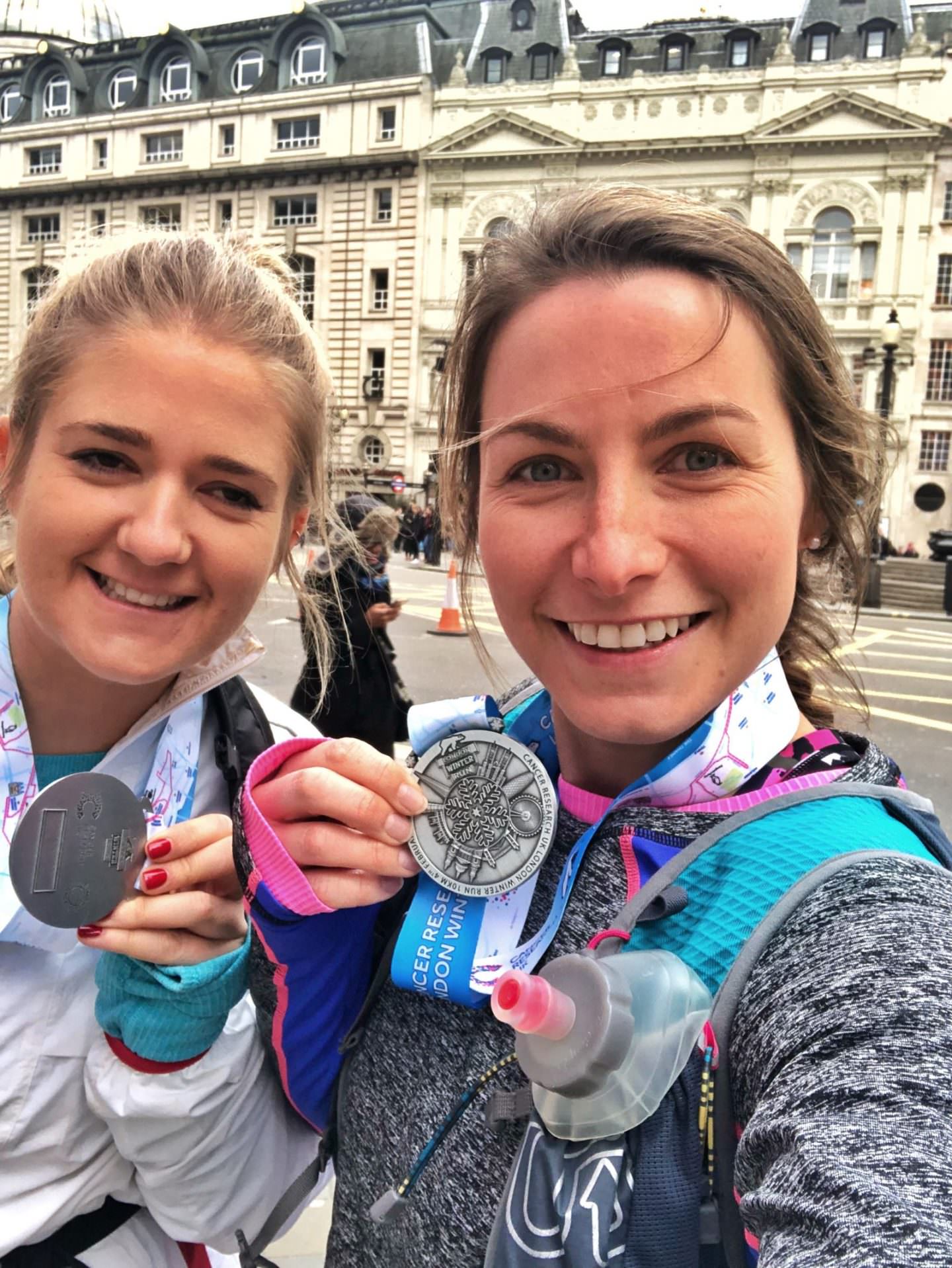 Do you ever include races in your long runs?